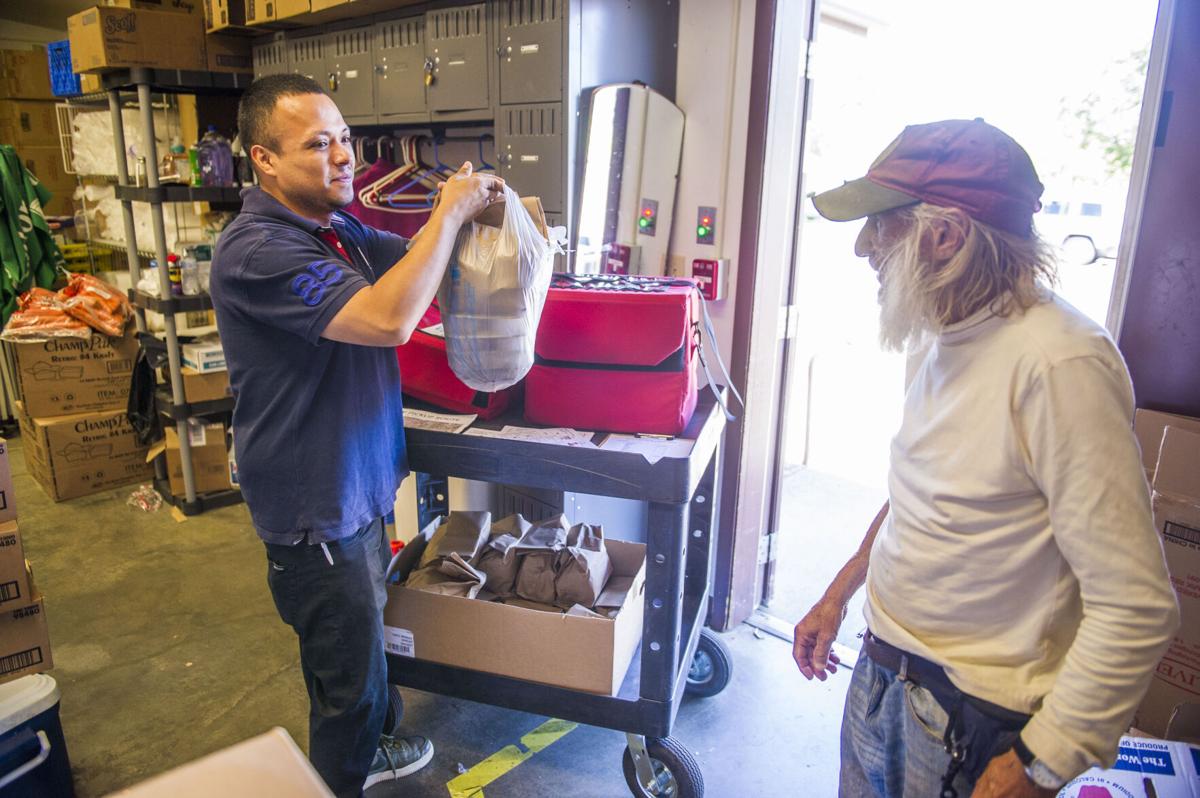 “Wild” Bill Justin picks up lunch for himself and his list of folks he delivers to from Adult Day Program director Alex Sanchez at the Walla Walla Senior Center, June 24, 2021. 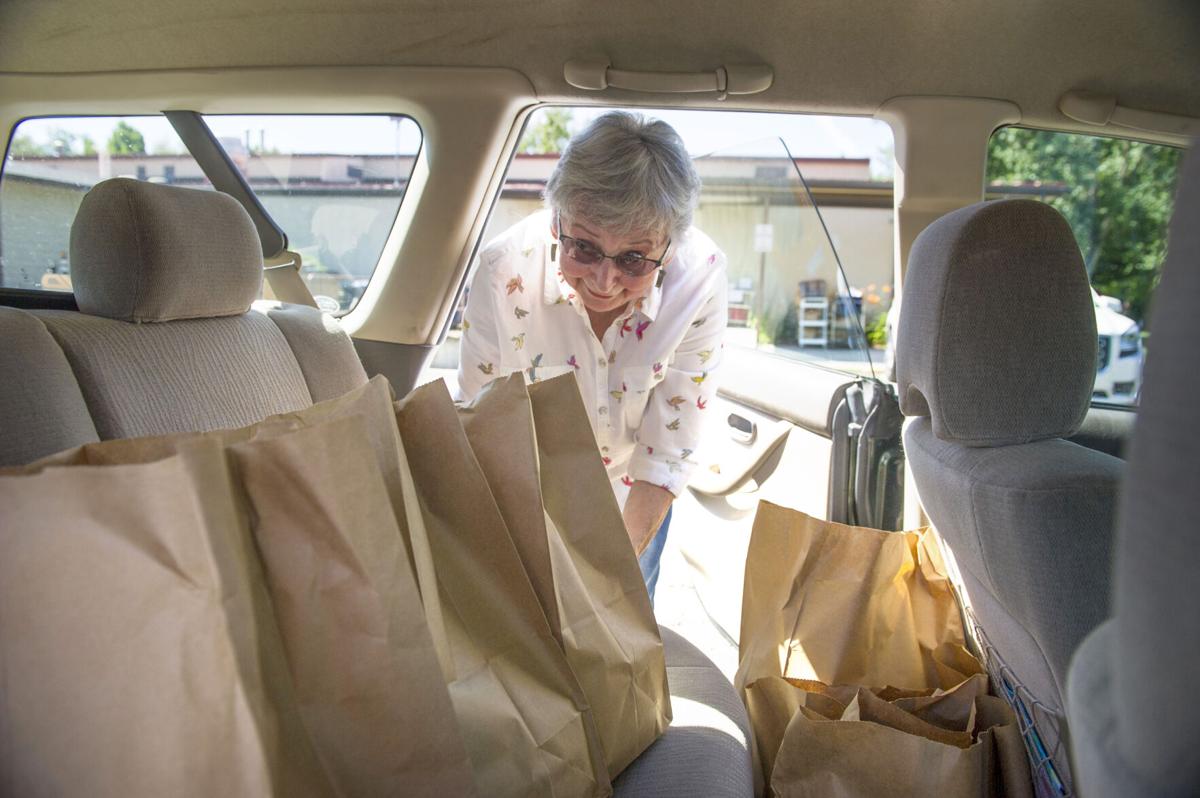 Volunteer driver Lynn Suckow loads her car with her deliveries at the Walla Walla Senior Center, June 24, 2021. The meal program there has filled a big need in the elder community during the COVID-19 pandemic but when the center reopens Tuesday, other meal option will also be available. 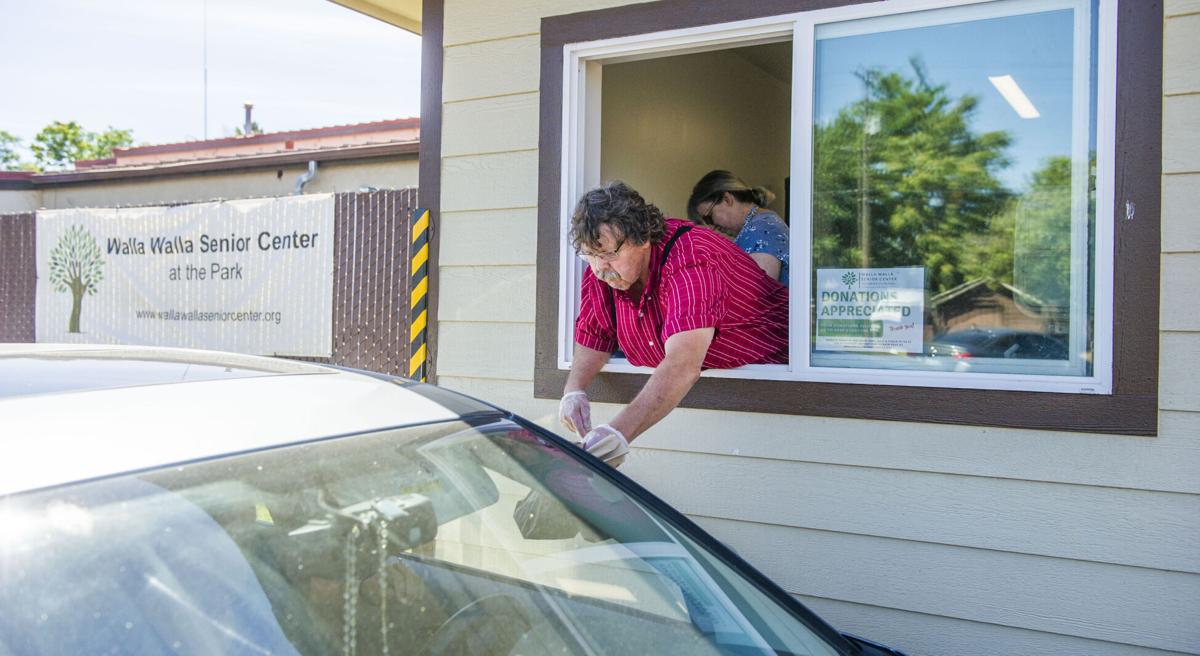 Greeting each by name, Richard Clark passes out lunches to seniors at the new drive-up window at the Walla Walla Senior Center, June 24, 2021. 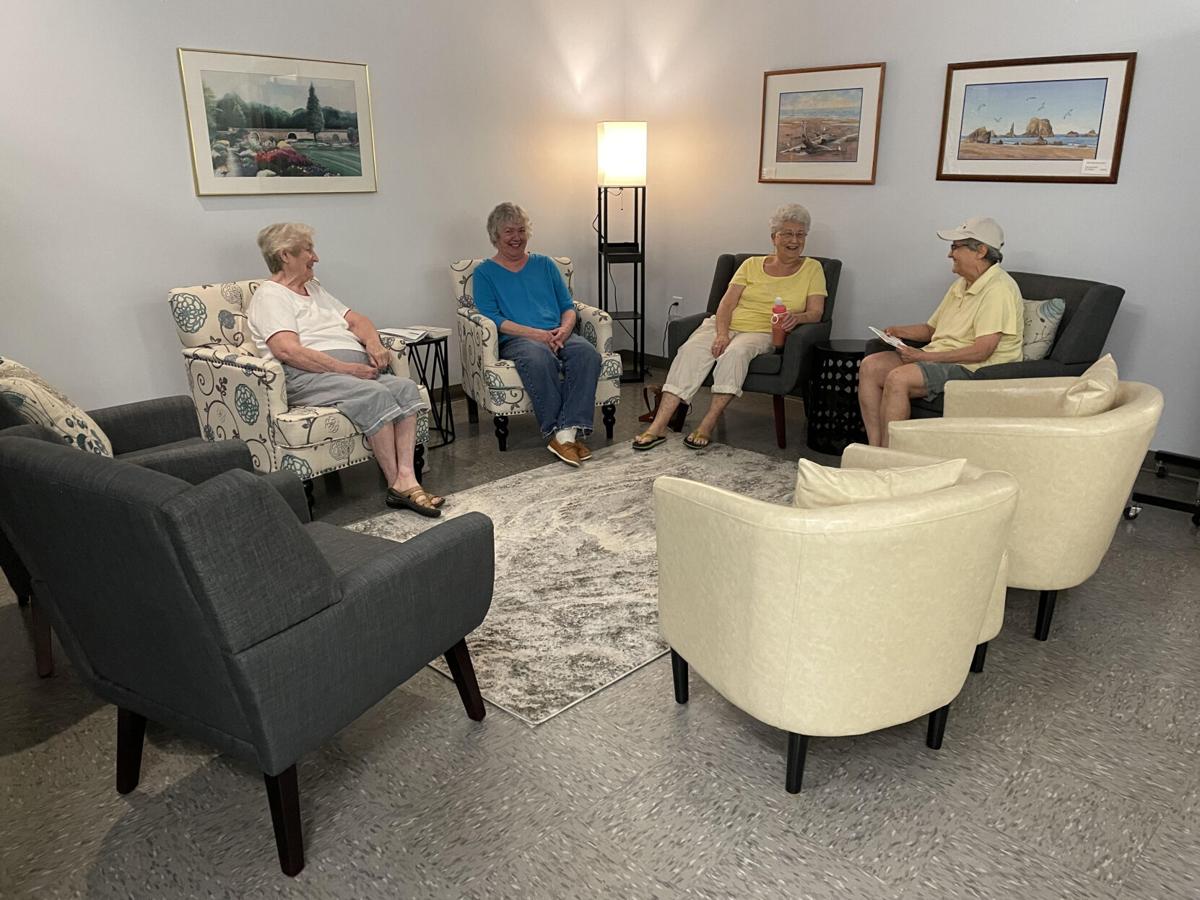 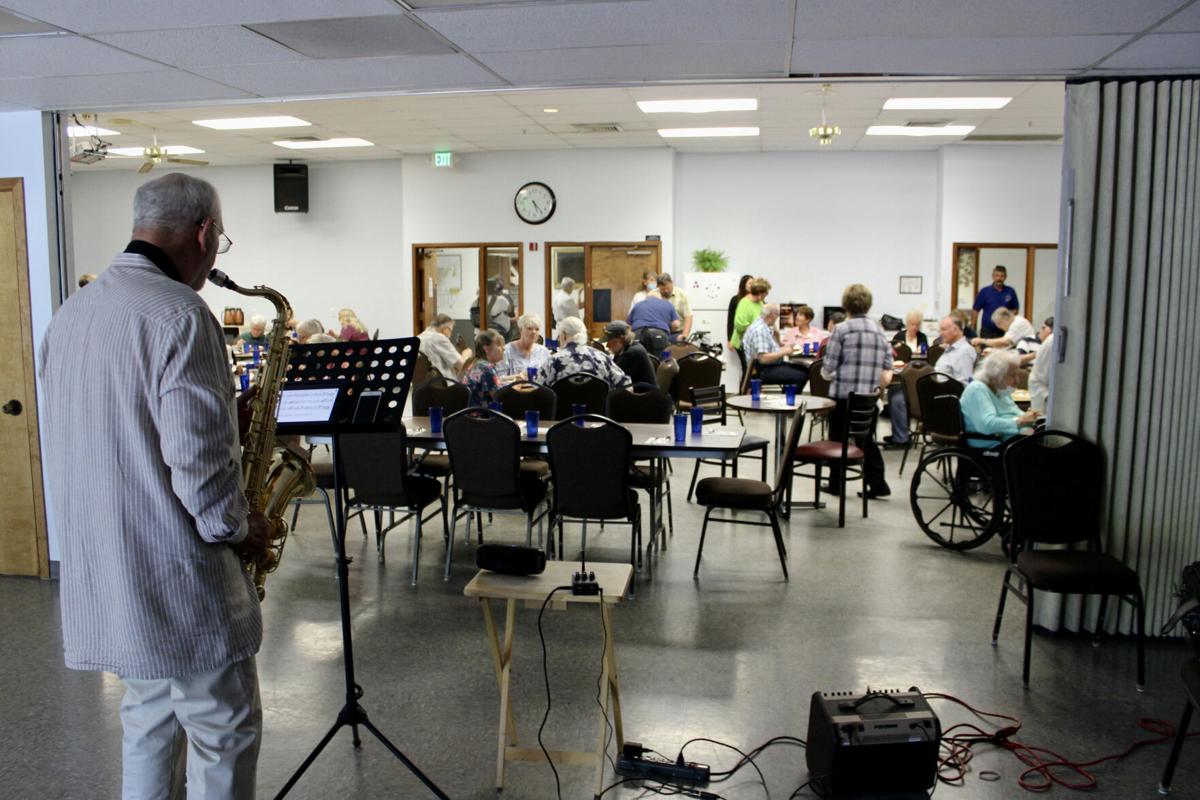 A strawberry waffle supper in June at Walla Walla Senior Center was topped off with music by volunteer Tim Wright. The center will fully reopen on Tuesday, July 6. 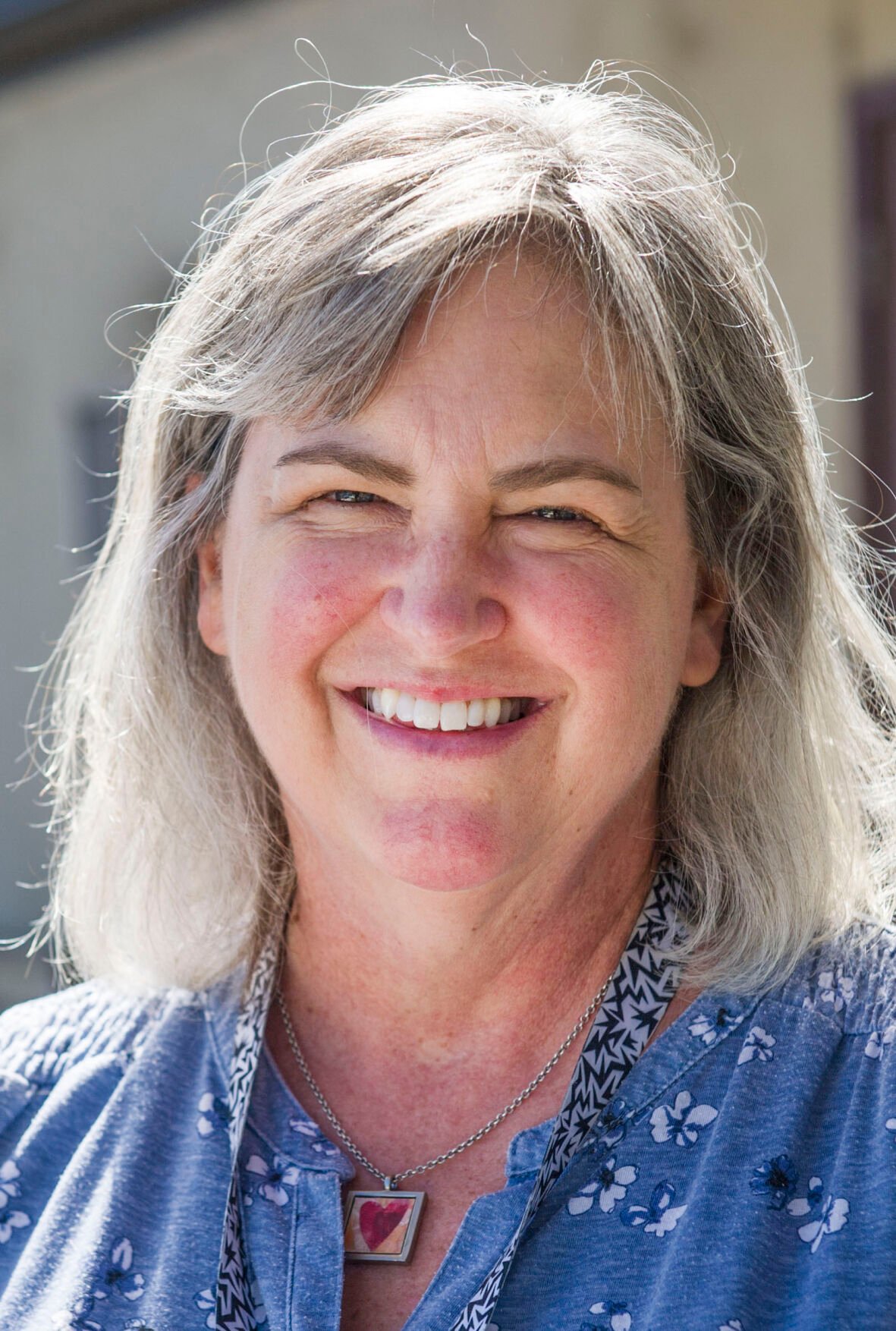 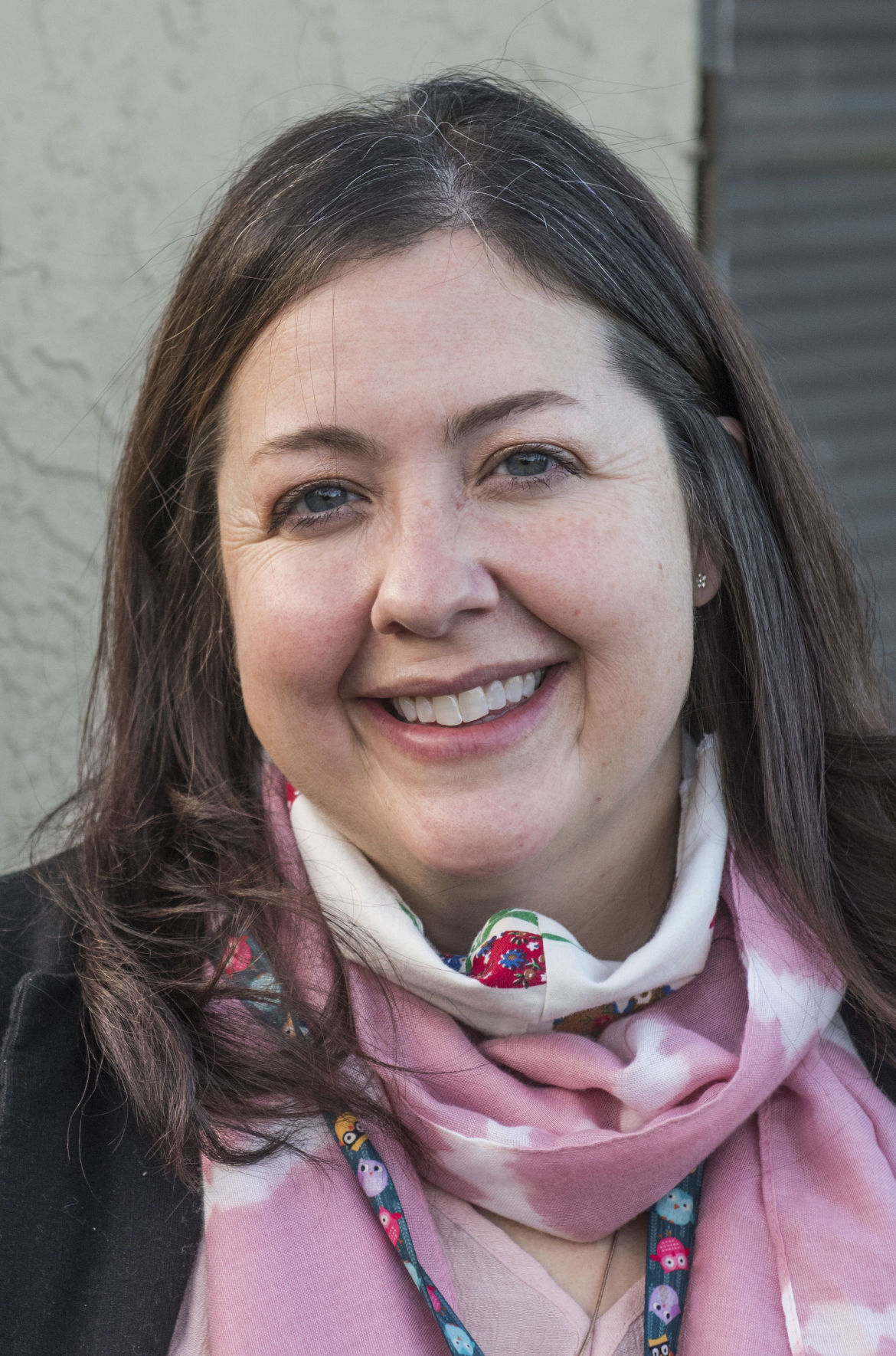 “Wild” Bill Justin picks up lunch for himself and his list of folks he delivers to from Adult Day Program director Alex Sanchez at the Walla Walla Senior Center, June 24, 2021.

Volunteer driver Lynn Suckow loads her car with her deliveries at the Walla Walla Senior Center, June 24, 2021. The meal program there has filled a big need in the elder community during the COVID-19 pandemic but when the center reopens Tuesday, other meal option will also be available.

Greeting each by name, Richard Clark passes out lunches to seniors at the new drive-up window at the Walla Walla Senior Center, June 24, 2021.

A strawberry waffle supper in June at Walla Walla Senior Center was topped off with music by volunteer Tim Wright. The center will fully reopen on Tuesday, July 6.

As the Walla Walla community celebrates the birth of the nation today, there’s a quieter rebirth going on, too.

The Walla Walla Senior Center on Sprague Street is rising up out of the COVID-19 pandemic, on its way to becoming a place for all generations.

The building will begin to bustle with people of all ages doing any number of activities when it reopens on Tuesday, July 6, leaders there say.

The reasons for change are multiple, director Tania Seib said.

She and the center’s board of directors took the closures and reduced operations forced by COVID-19 and used the time to imagine what could emerge.

“We spent the last year doing research on how to move senior centers forward. Nationally, senior center participation has been declining,” Seib said. “We looked at a few models and this intergenerational model is the best fit for the community.”

Such centers, often labeled as community centers, have been around for decades. But in the same way the pandemic has reshaped much of modern life, the definition of the nuclear family has once again broadened.

Separation between young and old has been reduced, if not erased, experts say.

“The pandemic forced multiple generations of families to live together, to rely on each other for safety and socialization, and younger family members were able to assist their older relatives with accessing services and become better acquainted with technology platforms,” wrote Chuck Sudo for Senior Housing News.

The Walla Walla organization — also known as Center at the Park — has been looking in that same direction.

Seib said that while the primary focus will always be on the population that’s historically used the center, there will now be more inclusion of people of all ages in activities and programs.

This already naturally happens in what she and her board members call “grand families,” and even more so over the past 15 months.

“One example we noticed during the pandemic is that many seniors who came through the (meal pick up) line had grand kids with them,” said Jane Kaminsky, nutrition director at the center.

During this pandemic, Kaminsky’s part of the Senior Center’s operations stayed viable and vital.

The drive-thru meal distribution program, which also helps distribute pet food in partnership with Blue Mountain Humane Society, had to expand kitchen capacity and food delivery space to meet the needs of customers.

In May, for example, Kaminsky’s team handed out more than 270 meals a day, during which they often caught a glimpse into lives otherwise shuttered against the virus.

“There are lots of grandparents helping raise grandchildren,” she said. “We’re hoping we can do some programming that includes that.”

But no longer as a standalone nonprofit, said Brad Riordan, vice president of the Walla Walla Senior Center’s board of directors.

The hope, Riordan said, is not to add in-house programs that require more from the center’s staff and resources, but to provide space for activities by other organizations.

That location hasn’t been a great fit for the pottery operation, said Andy Coleman, director of the City of Walla Walla Parks & Recreation Department.

The space being created for pottery work at the Senior Center — the building is owned by the city and leased to the nonprofit — will accomplish good things, Coleman predicted.

One, it brings an ageless activity to a more accessible location. Two, it gives the city a stronger presence in Walla Walla’s aging population.

“And we run programs. And we need program space,” he added.

None of this will happen overnight, Coleman pointed out, but it heads things in the same direction the center’s leadership is going.

According to University of Wisconsin’s Population Health Institute, intergenerational communities promote interaction and cooperation between different age groups. There is a focus on the needs of all, especially children and older adults.

In traditional models of standalone senior centers, the buildings are largely used by day and sit idle evenings and weekends. It’s a poor use of resources, center and city officials said.

Seib said the hours at the center are going to stretch to accommodate the reality of today’s users.

“We have more and more seniors working later in life, they need something later in the day.”

Working families do, too, and that dovetails well with building an all-ages base of program participants.

Seib and her staff, for instance, already work with the Walla Walla Valley Farm-to-School operation, which gives seniors a way to garden and brings fresh produce in for meals.

“This gives our senior volunteers things to do with other populations,” Kaminsky said, noting volunteers number at about 120.

Her preschoolers had interacted with the Adult Day Program users through art, gardening and other activities until the coronavirus sent the older people home in March 2020, school director Cynthia Bradley said.

The partnership was mutually beneficial, teaching the youngsters patience and reminding elders of the need for it, Bradley said.

Such give and take is one of the reasons she wanted her school to be at the center, she added.

But there’s room for 40 people and if he can gather 30 users and 10 staff, “that would be wonderful,” Sanchez said.

Growth and community engagement is a main theme in this movement, Seib said.

It was also needed for the center’s health.

“We had two unsuccessful directors within a six-month period,” recalled board president Libby McCaw.

At roughly the same time, the board decided to eliminate the membership requirement from its bylaws.

That model wasn’t working, but there was push back at the changes, Riordan said.

People felt alienated on all sides of the issues at play, he noted.

“And it just got hotter and hotter.”

Not only has a focus on the mission been refreshed, but the director’s efforts in landing grants has put a six-month reserve operating fund into the bank, Riordan said.

That comes from government and private awards, such as a $90,000 grant from Sherwood Trust last month that will pay for building improvements to better serve the center’s user base.

Tuesday’s reopening of the Walla Walla Senior Center is the beginning. Gone will be the formal dining area that saw fewer and fewer users.

The set-up reminded Riordan of military mess tents, where diners came in, sat with the usual people and left. It’s not how “boomers” want to do it, he said.

“People either lived with it or didn’t come.”

Half of those who are getting meals from the drive-thru have indicated they are interested in coming inside the building, but not for the old-style dining, Seib added.

“Some can’t sit in a chair comfortably, some just don’t walk into congregate settings anymore. Not the newer seniors.”

Now they won’t have to.

New activities will include a drop-in morning coffee group presented more like a neighborhood coffee shop where one meets up with friends.

The “lunch bunch” will offer the noon meal in small group seating, followed by activities for the brain and body — beginner chess classes and iPhone exploration, for example.

Book clubs will meet in a living room set up that features warm lighting and furnishings that are cozy, not corporate.

Ottomans, side tables, lamps, art and stuffed armchairs will invite more use, Seib predicted, based on looking at senior centers that have evolved.

Other spaces will be redefined inside the building that lend to use as a community center.

The leaders there can’t hide their excitement at unveiling changes as they come.

“We have the makings of a healthy senior center,” Seib said.

“All of this is taking place … We’ve been pushing the airplane onto the runway. We’ve just been waiting for permission to take off.”