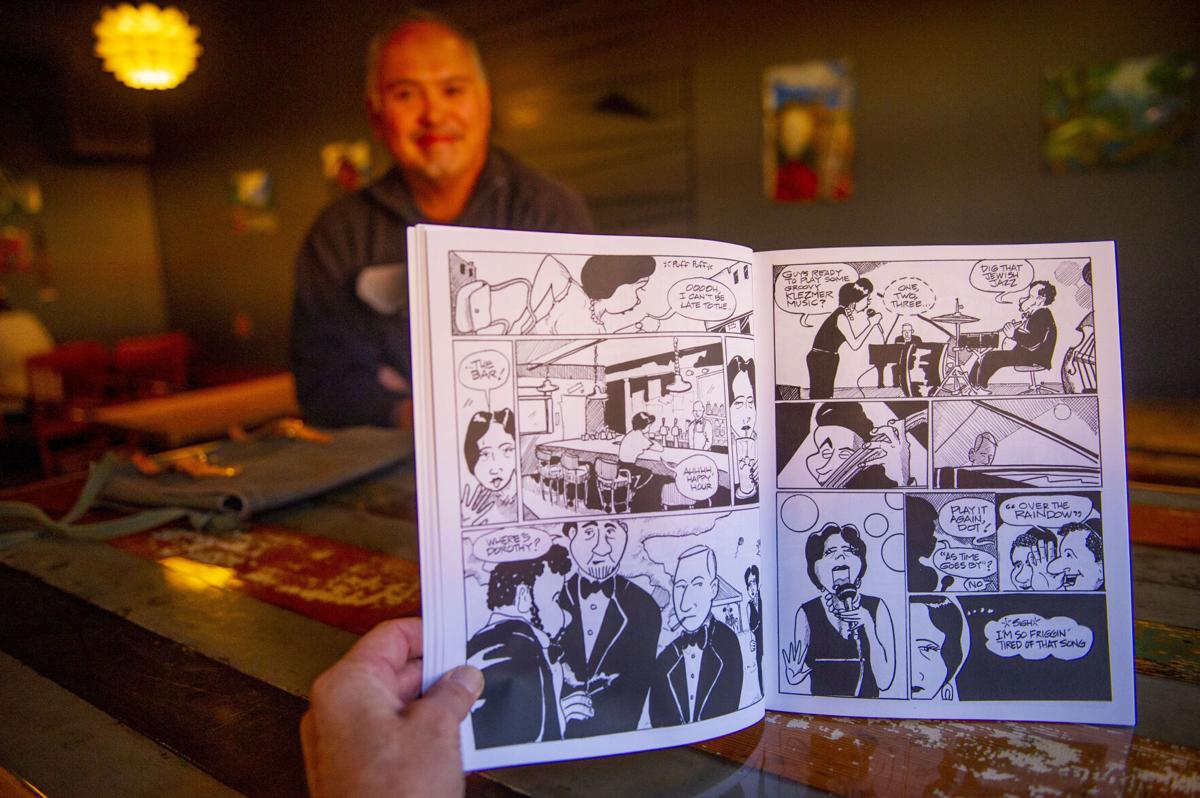 Artist Dale Hom and a layout from one of his graphic novels, “Where’s My Rainbow,” and some of his original artwork on display at Quirk Brewing, Wednesday, Nov. 23, 2021. 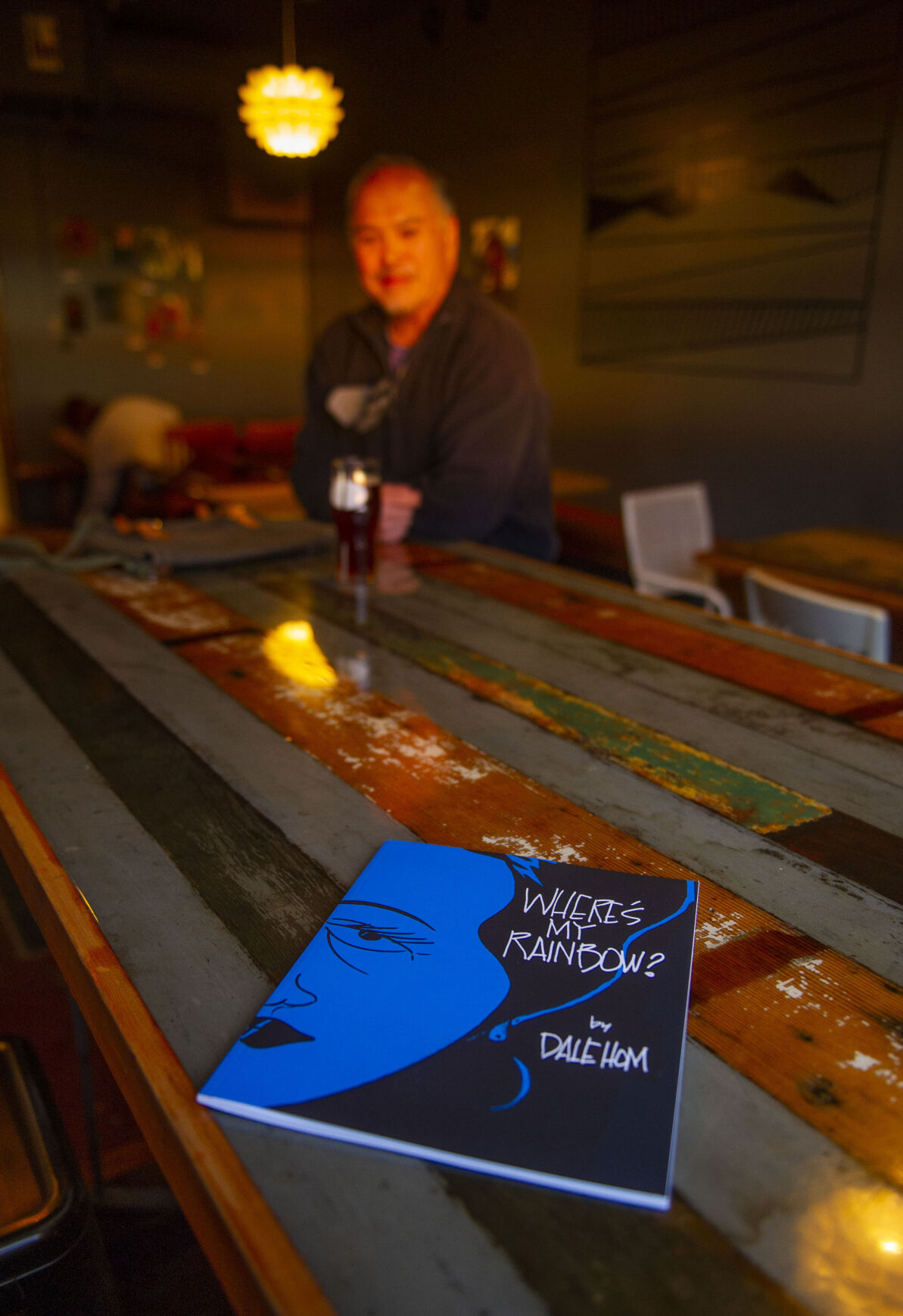 Dale Hom sits with his newest graphic novel at Quirk Brewing in Walla Walla, where other work of his is being showcased, Wednesday, Nov. 23, 2021. 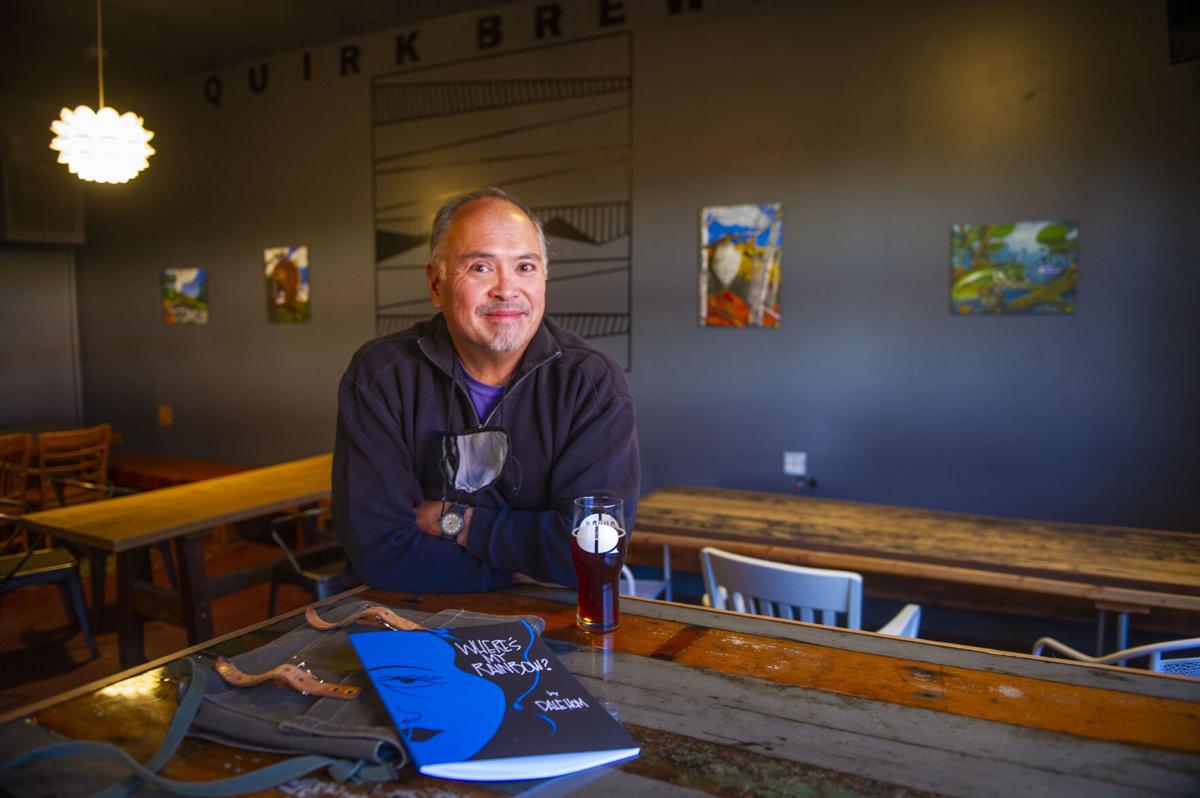 Dale Hom is spending time expanding his painting portfolio and is working on a jazz-infused art series. 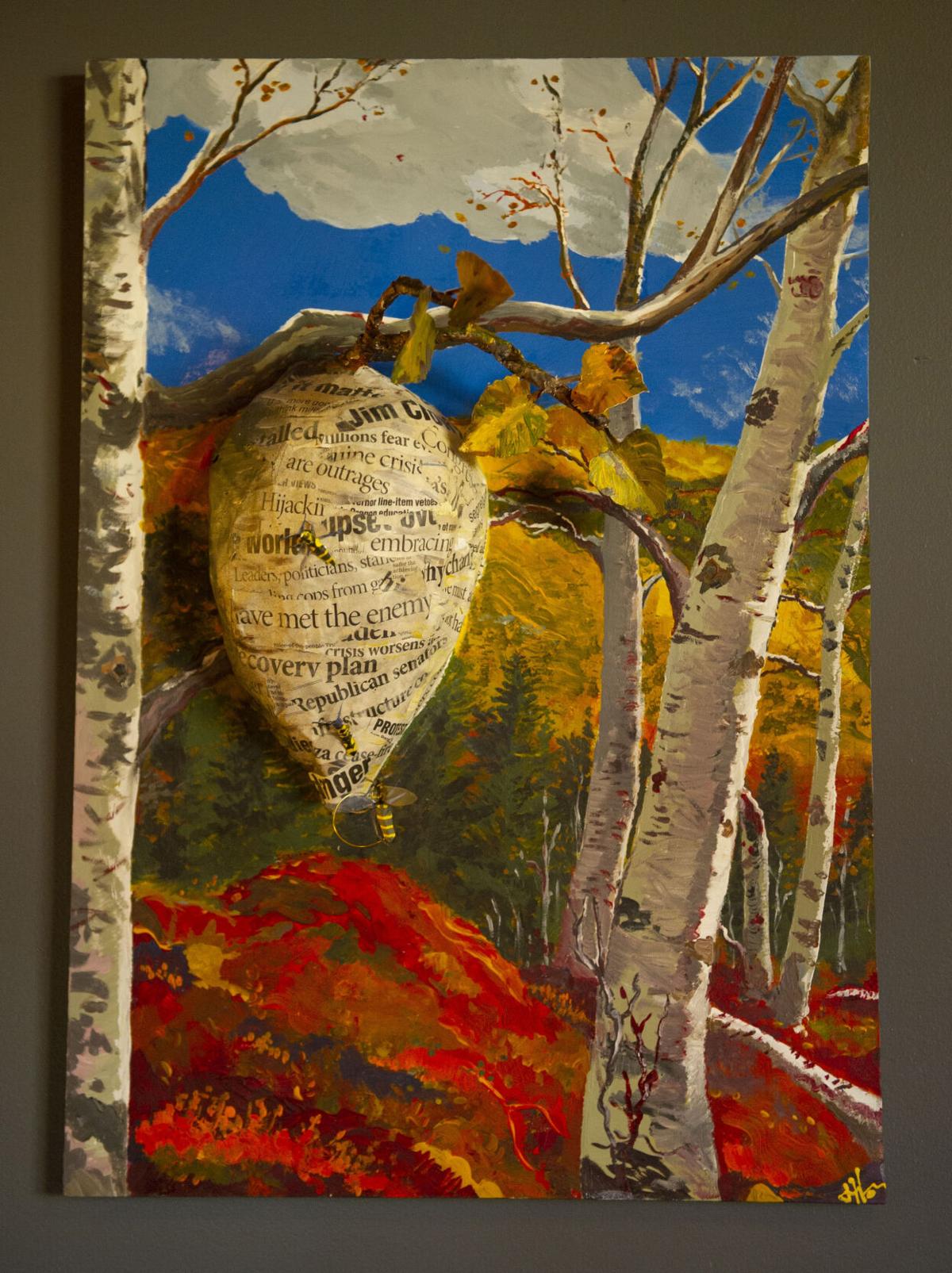 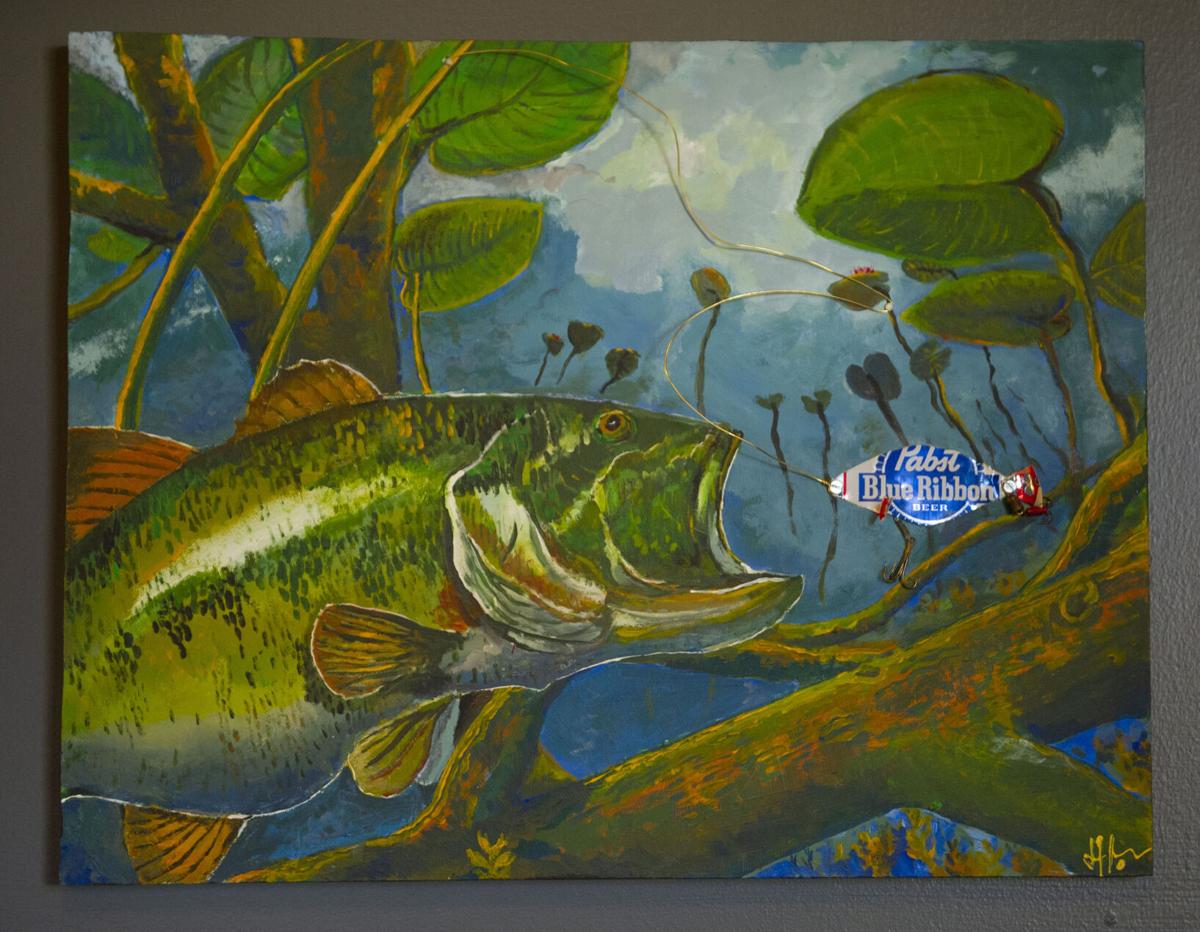 Pabst beer is alluring to more than man in Dale Hom’s painting at Quirk Brewing. 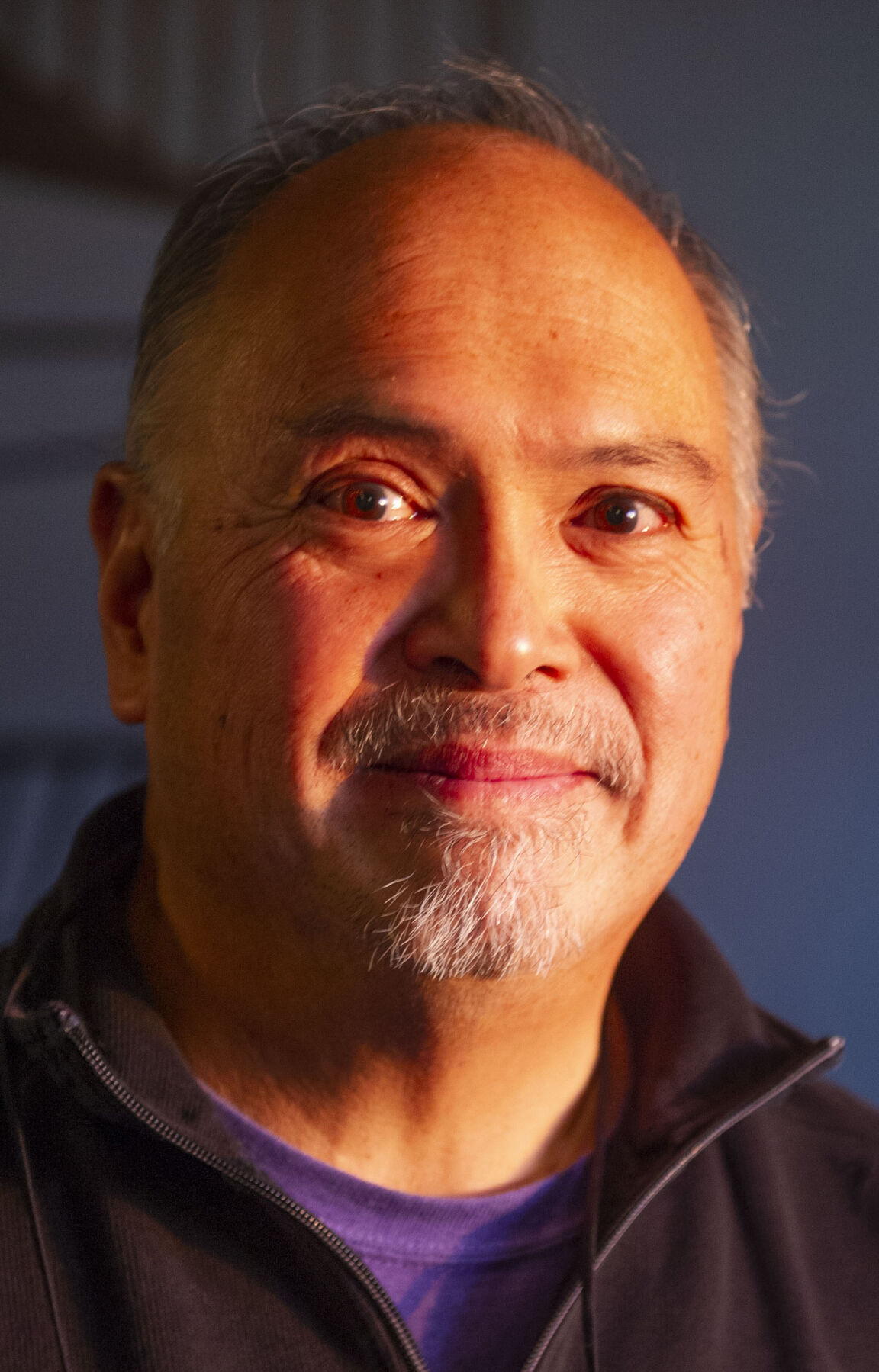 Artist Dale Hom and a layout from one of his graphic novels, “Where’s My Rainbow,” and some of his original artwork on display at Quirk Brewing, Wednesday, Nov. 23, 2021.

Dale Hom sits with his newest graphic novel at Quirk Brewing in Walla Walla, where other work of his is being showcased, Wednesday, Nov. 23, 2021.

Dale Hom is spending time expanding his painting portfolio and is working on a jazz-infused art series.

Pabst beer is alluring to more than man in Dale Hom’s painting at Quirk Brewing.

Whatever happened to Dorothy Gale after she left the Land of Oz?

That’s the story author and artist Dale Hom draws out in his newest graphic novel, “Where’s My Rainbow?”

Inside the pages of Hom’s book, it’s 1972 and Gale is a chain-smoking, alcoholic, middle-aged jazz singer in Kansas City, Missouri. She wonders if music is dead in this once-thriving jazz town.

Gale’s trio performs at dilapidated nightclubs and the occasional bar mitzvah. Tired and disillusioned, she still dreams of singing jazz in New York City but wonders where “somewhere over the rainbow” will be.

Retired from a career in natural resource management with the federal government, Hom arrived in Walla Walla just over three years ago with his wife, Rebecca.

While his government work was his vocation, art has been a lifelong avocation, Dale Hom said.

Since 2015 he has published “Walk Don’t Run: Growing Up Asian in Seattle” and “Walk Tall Y’all: Feeling Grumpy in Transmogrified Seattle.” Both can be found at the Walla Walla Public Library and the Seattle Asian Art Museum.

Graphic novels, with more content and continuing storylines, are a step up from a traditional comic book or comic strips found in newspapers, Dale Hom said, and he grew up reading his share of those.

From that exposure he began dabbling in drawing, from starting with pen, pencil and a slip of paper to illustrations for his high school newspaper to doodling in classmates’ yearbooks, he said.

“All throughout I took elective art classes in high school.”

Hom relies on Rebecca’s experience for inspiration for the written content of his novels — no matter how much illustration is on the page, the story is the selling point.

Rebecca Hom is a professional, award-winning storyteller, spinning tales for audiences at libraries, nonprofits and professional organizations. She is currently teaching a Quest class at Walla Walla Community College.

His spouse’s penchant for language inspires his own work, Dale Hom said.

Indeed, all his novels have reflected a degree of personal intention.

“My first two graphic novels were based on the Asian American experience,” the second one from the perspective of a mature man, Dale Hom said.

“Growing up as an Asian American, it was an interesting juxtaposition, trying to figure out this notion of being an Asian kid in a dominant, Euro-centric society. But, being born here, I have Western culture through and through.”

“Where’s My Rainbow” echoes the author’s love of the quintessential American music — jazz.

Born in New Orleans about 100 years ago, jazz weaves together music traditions of both Africa and Europe. By the 1970s, latin and rock influences were starting to influence jazz musicians.

Setting Dorothy into that music scene in Kansas City is an indulgence in Dale Hom’s love of the genre and a delight in imagining where the young woman with the braids and big heart would have landed post-Oz.

It took the author about 18 months to let his latest book ferment, and three months to illustrate, Dale Hom said.

In this case, the COVID-19 pandemic became a useful tool, he added.

“It was a great opportunity to close the doors and put pen to paper.”

“Public libraries started investing in inventory … They are realizing they are not just for youth.”

He uses his skills in anamorphic paintings, the effects he uses popping a picture off the page in more than one dimension. Dale Hom is also incorporating jazz into a series of paintings intended to adorn walls of a local wine bar.

Currently five of Dale Hom’s paintings are hanging at Quirk Brewing, 425 B St., at the Walla Walla Regional Airport.

Dale Hom is hoping the release of “Where’s My Rainbow” will coincide with Christmas shopping for folks here, he said.

“I would love to create a following of readers.”