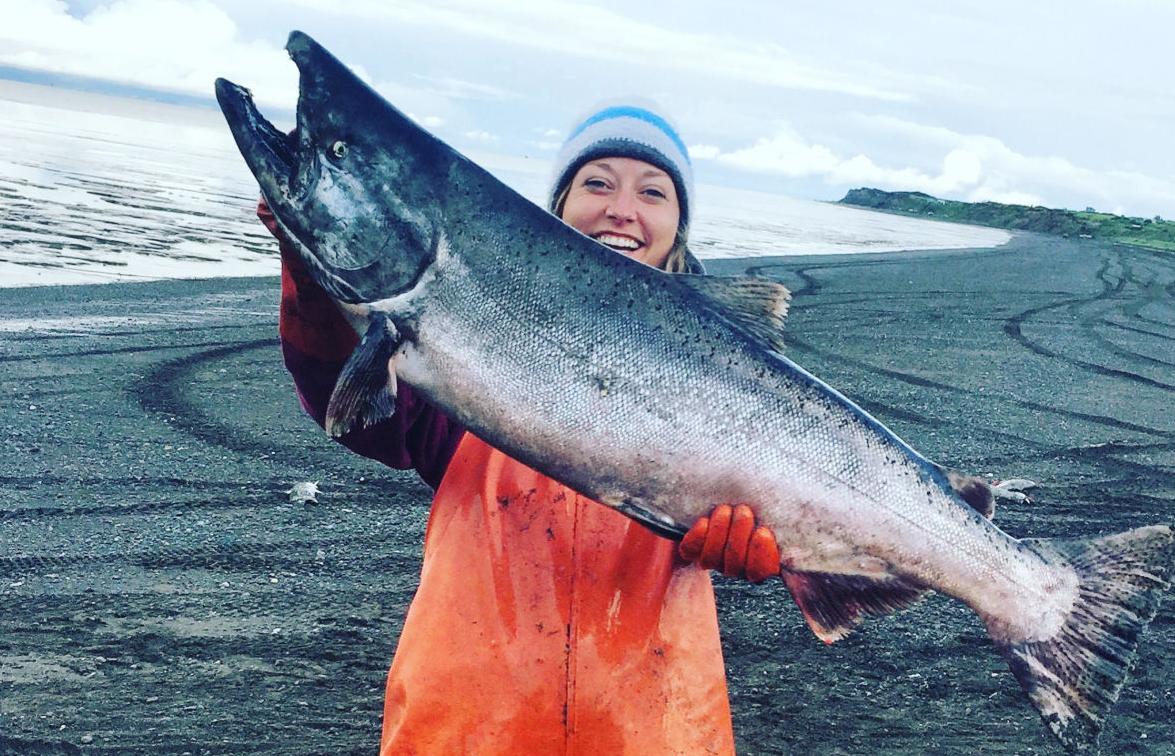 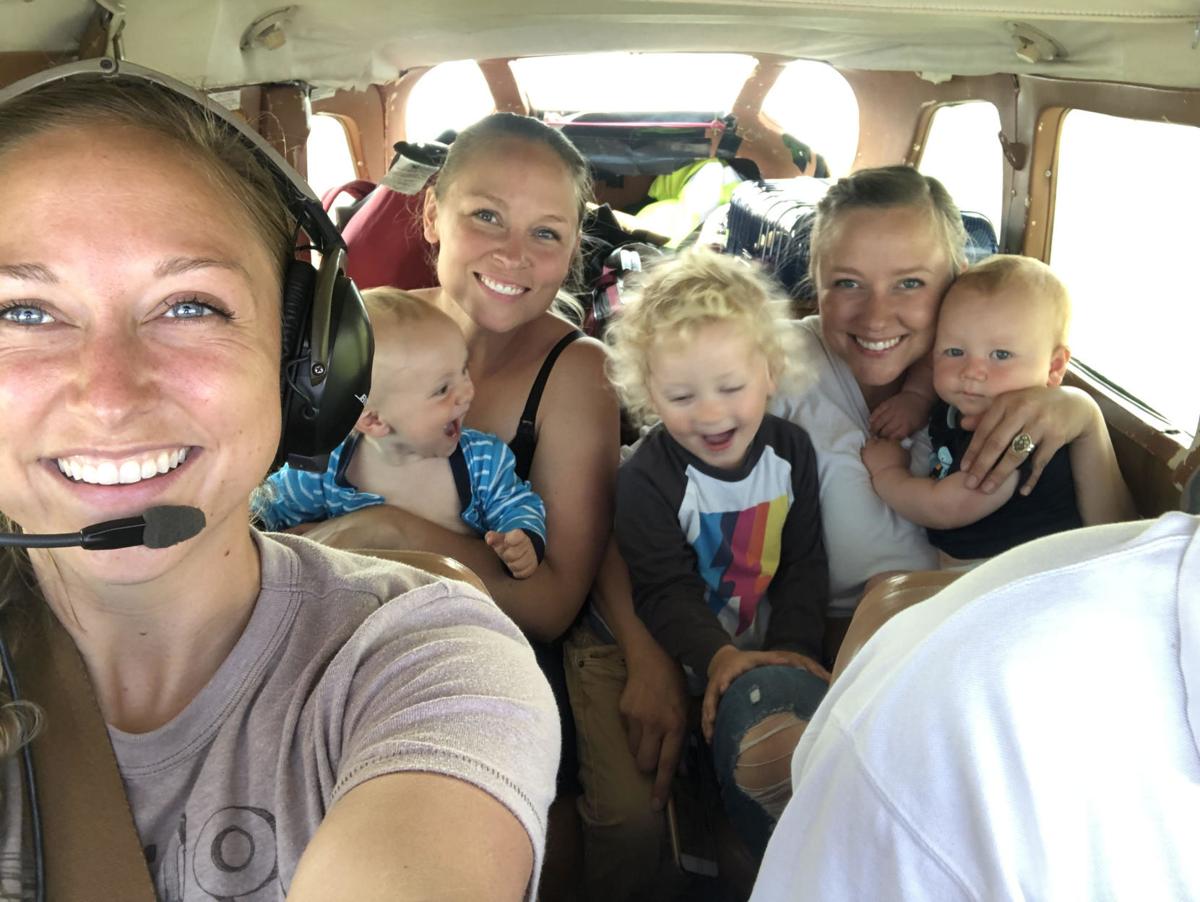 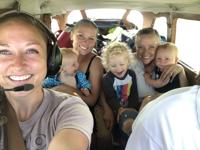 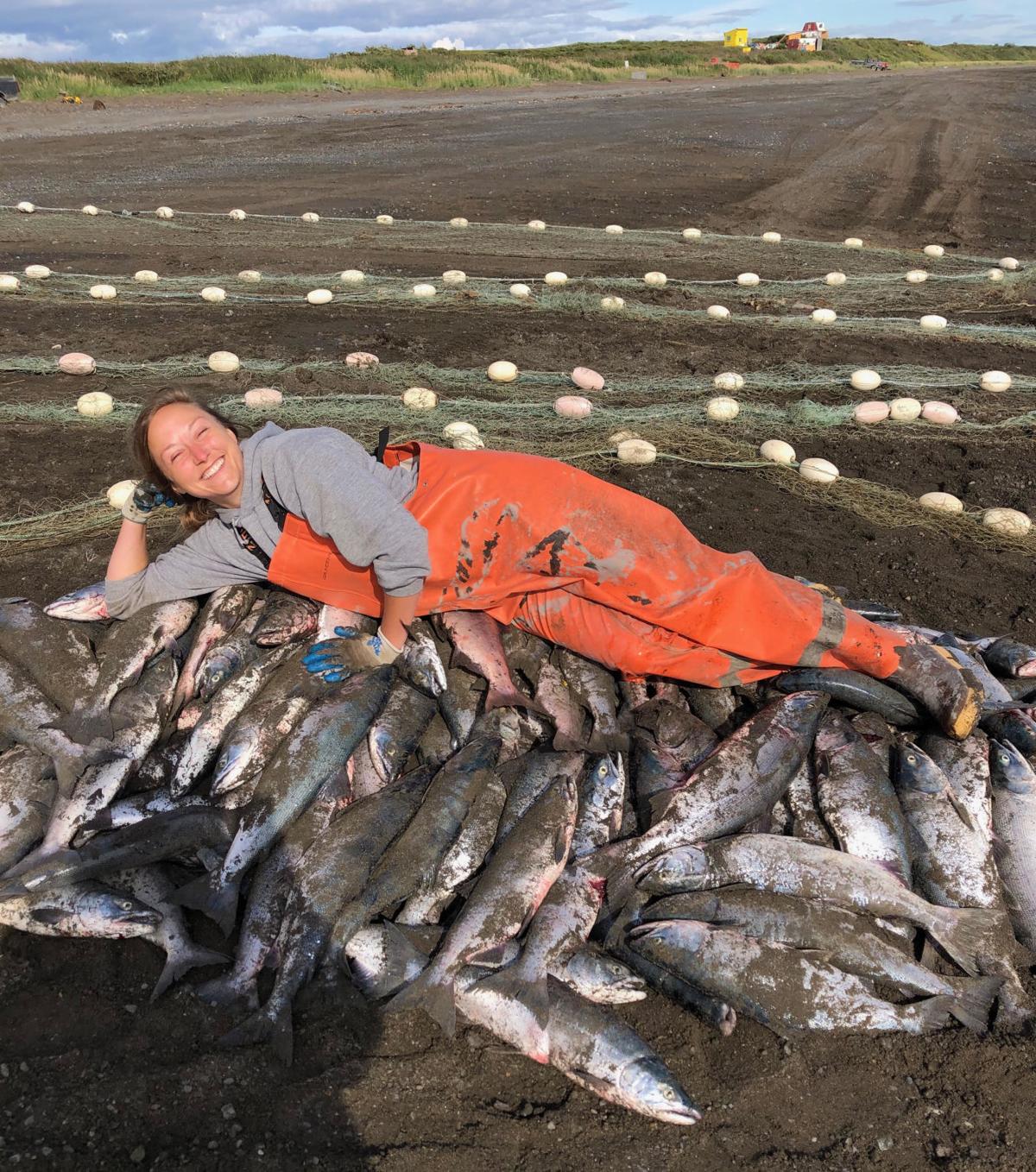 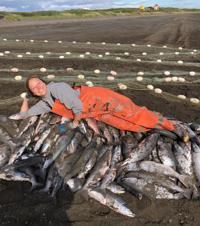 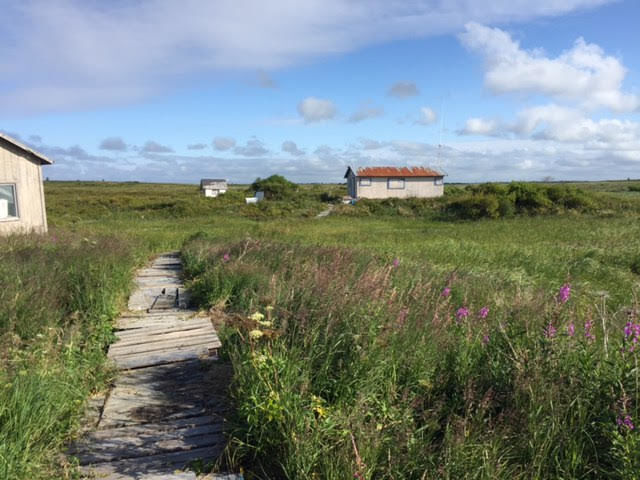 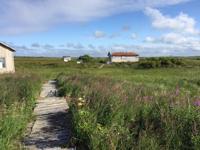 The cabin and boardwalk in Alaska. 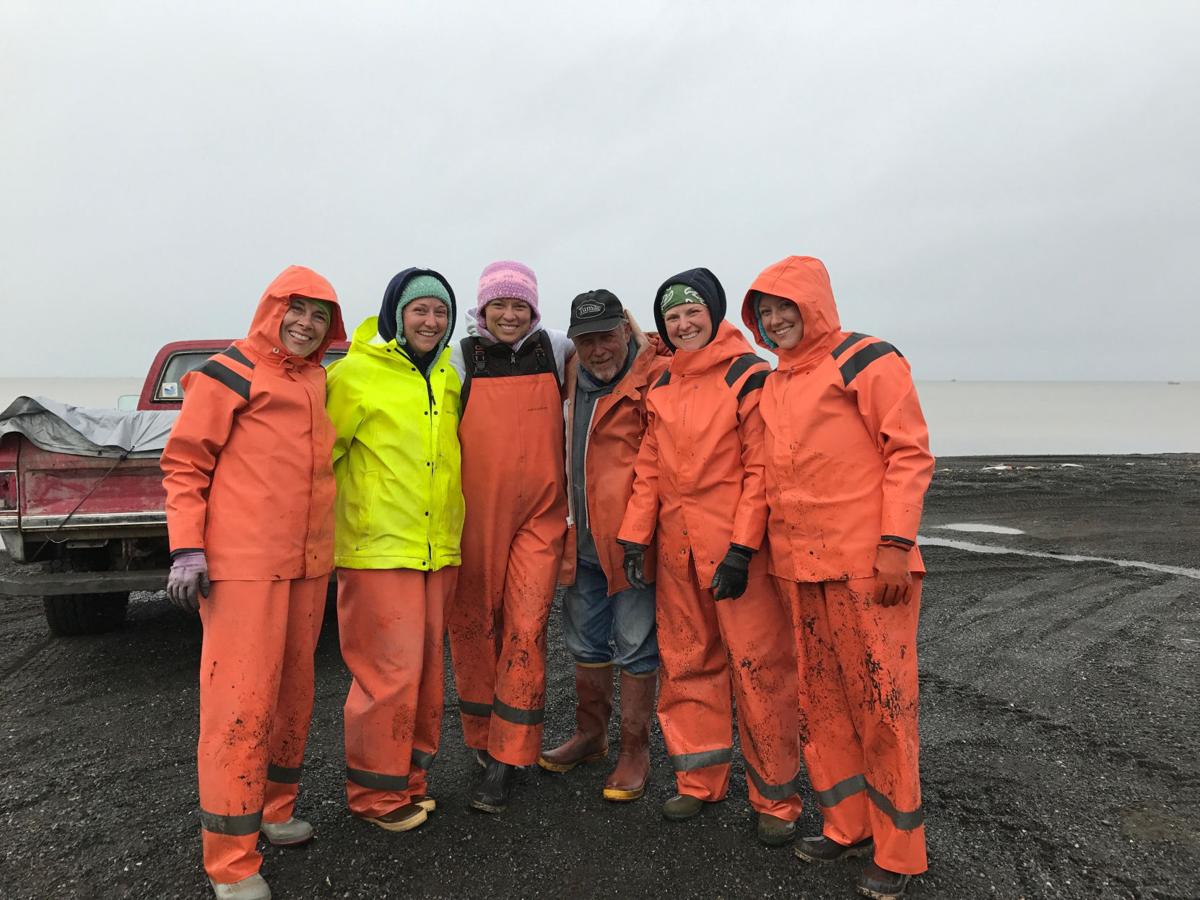 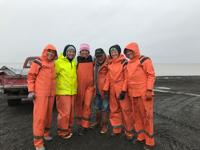 The cabin and boardwalk in Alaska.

Every summer, Sonja Rootvik trades the balmy comforts of her Walla Walla home for a primitive cabin on the tundra in Western Alaska. Here, nothing comes easy, and staples of civilization like regular sleep and showers are put on hold.

“I miss the showers. I really do,” Sonja said over the phone from Alaska recently.

When she is not busy extracting thousands of pounds of salmon from the webbing of nets, Sonja — a crossfit instructor and artist during the offseason in Walla Walla — is hauling water from the creek or chopping wood or carrying refrigerators across the tundra.

“We joke that she’s mule of the family, but crossfit has just made her so strong. As an all-girl family, we don’t have to call in our friends or neighbors for help because we’re not strong enough. Like, Sonja strapped a refrigerator to her back and carried it across the boardwalk to our cabin,” said Erika Rootvik, one of four Rootvik sisters who work the fishing sites on Ekuk Beach, a very rural outpost of fishing huts accessible only by boat or small plane.

Fishing means family to the Rootviks, who go back three generations in Bristol Bay, 440 miles southwest of Anchorage at the base of the Alaska Peninsula. Sonja’s late grandfather was a village doctor in Western Alaska and her mother, Lauri, started fishing in 1959.

“My parents have brought us up here every single summer since we were babies, so it’s lifelong thing for me that’s also kind of family reunion,” Sonja said.

A “hero” to her daughters, Lauri moved with her husband Dennis to Walla Walla 32 years ago, but hasn’t missed a season in 61 years.

“Our oldest sister Amy was born June 24, and I think my mom was on the beach a week later fishing. We try to follow in her footsteps and bring our kids up there, then we wonder how she did it,” said Erika, who had recently returned from Bristol Bay with her 1-year-old son.

While all four of the Rootvik sisters help with the family fishing business, it’s Sonja — the youngest at 30 years old — who seems to be taking the mantle from her parents. While the other sisters work around families and other commitments, Sonja goes up for the full season — trafficking supplies, opening cabins, and preparing nets before the season begins, and battening down the hatches when the fish stop running.

To the uninitiated, it is difficult to describe fishing in Bristol Bay. As a child, Sonja said her classmates thought she was living in an igloo, “or on a glacier,” Heidi added. Instead, it is a cabin with a view of the broad delta of the Nushagak River, home to beluga whales, endless seabirds, and, most importantly, millions of bright sockeye salmon.

This season, a large, compressed run pumped over 55 million fish up the Bay’s four major river systems in a three-week period.

The Rootviks’ nets, anchored to the river bottom, are drug ashore, where each fish must be extracted from the webbing by hand. There is mud and blood and scales and guts, and ripping river currents that clash with up to 30-foot tides, some of the world’s largest.

It is dangerous, strenuous work, and Heidi explained that they sometimes go “days with little or no sleep when the fish are hitting.”

Under this sleep-deprived strain, the fishing Rootviks have forged a close-knit family, and Sonja has become a constant, leveling presence on the grounds.

“The thing that comes from working together as a family is just closeness. We go through life and death situations sometimes, these crazy, crazy experiences where your adrenaline is pumping and you don’t know if things are going to work out okay. Going through that with your family, year in and year out, it definitely bonds you,” Heidi said.

Heidi explained that shortly before she left this season, a problem with a rope caused a dangerous situation and Sonja stepped in with ‘clear-headed direction’.

“It’s easy to think of her as the baby of the family, and then it’s so amazing to see her come into her own as this powerful woman who is so capable,” Heidi said.

Her sisters marvel at how Sonja has woven her interests in fishing, art, and fitness into a coherent existence.

The strength and functional movement she gets from CrossFit help her on the fishing grounds, but she also says fishing makes her stronger in the gym.

And her passion for fishing bleeds out into her art, which is populated by belugas, bears, seals, buoys, and other images from her fishing life.

“She gets so much flack from people for living outside the box and not having the security of a normal 9-to-5 job. But she has made a lot of sacrifices and has always been her own person. It’s so cool to see her at 30 holding strong to that,” Erika said.

Whether it is picking fish or painting or doing pull-ups, one gets the feeling Sonja will hold strong to her unique existence for a long time.