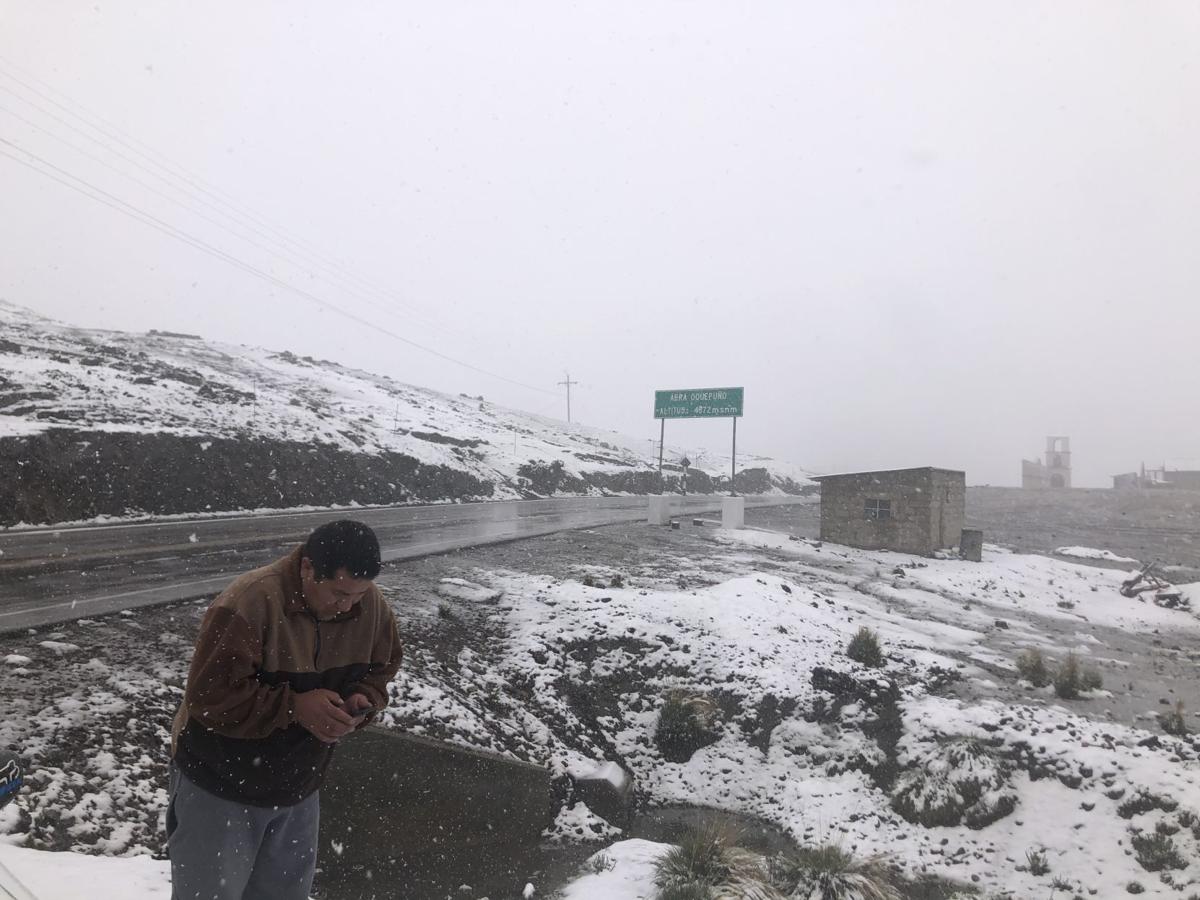 Fearless Juan in the snow at the top of Oquepuño pass at 15,977 feet elevation. 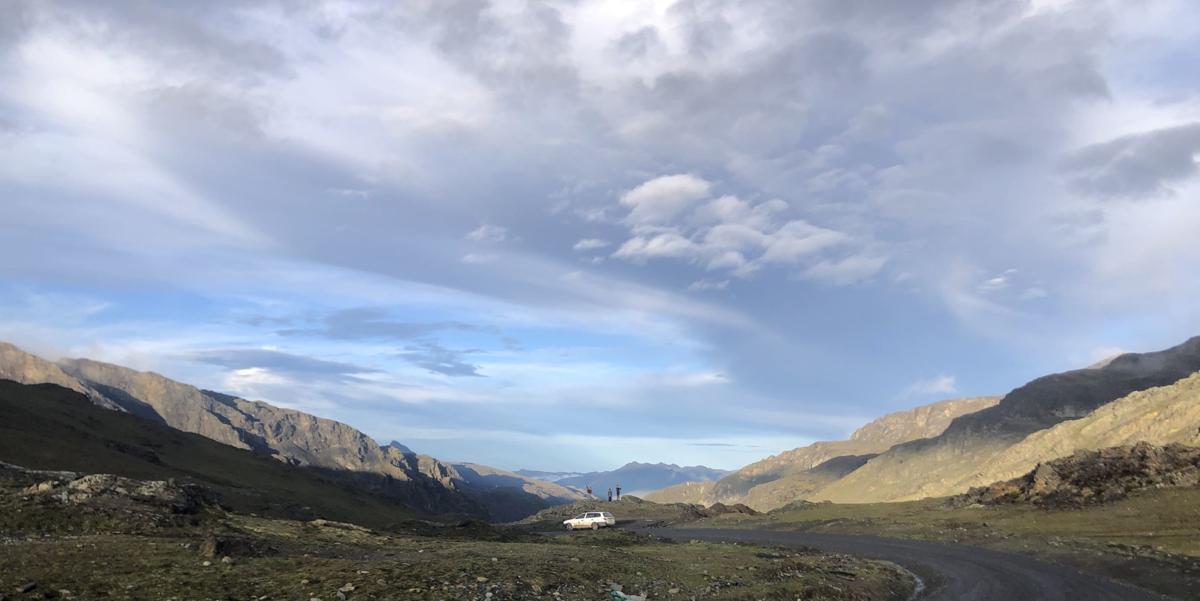 The eastern rim of the Andes, looking toward the lowland of the Amazon basin. 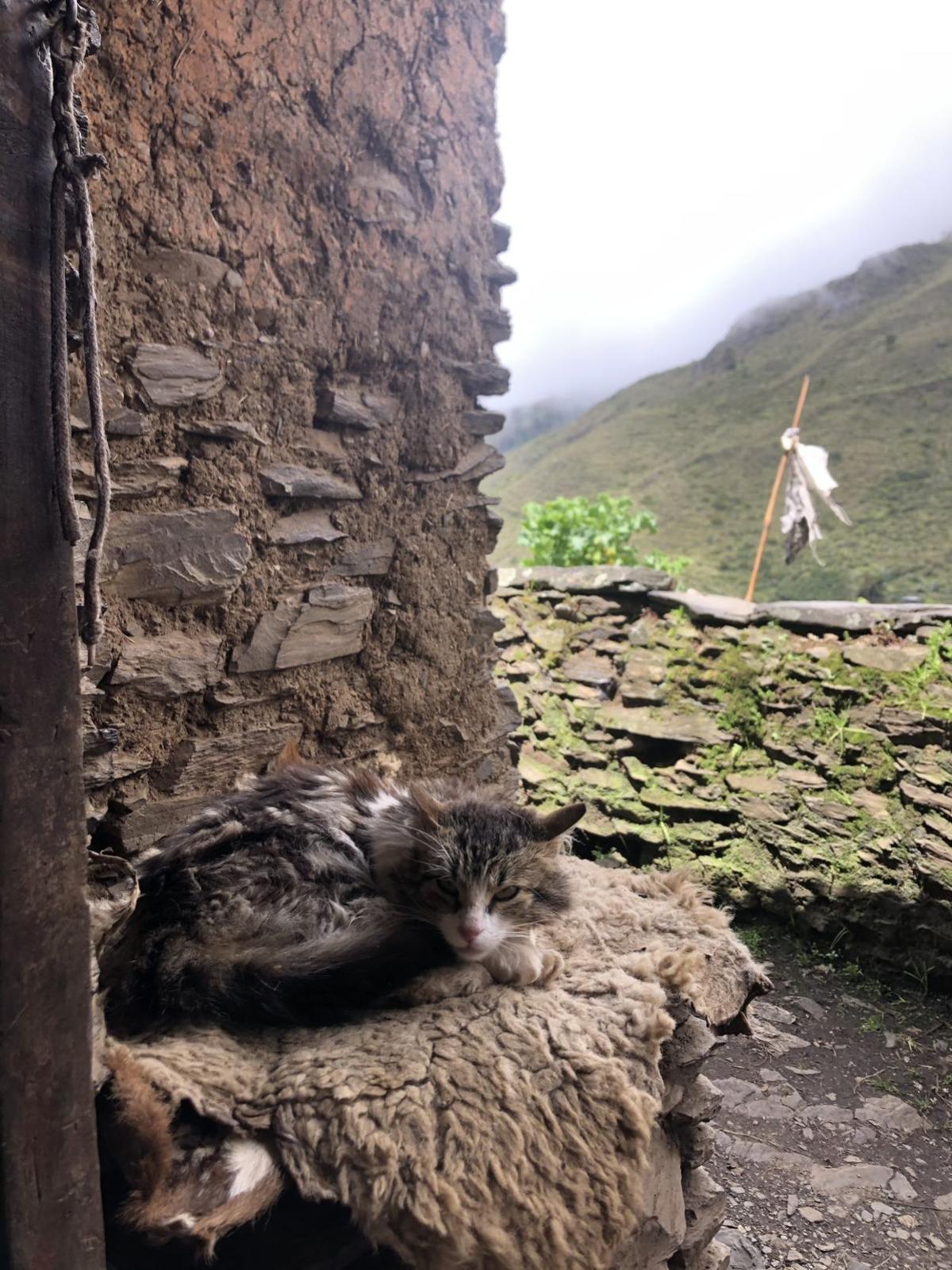 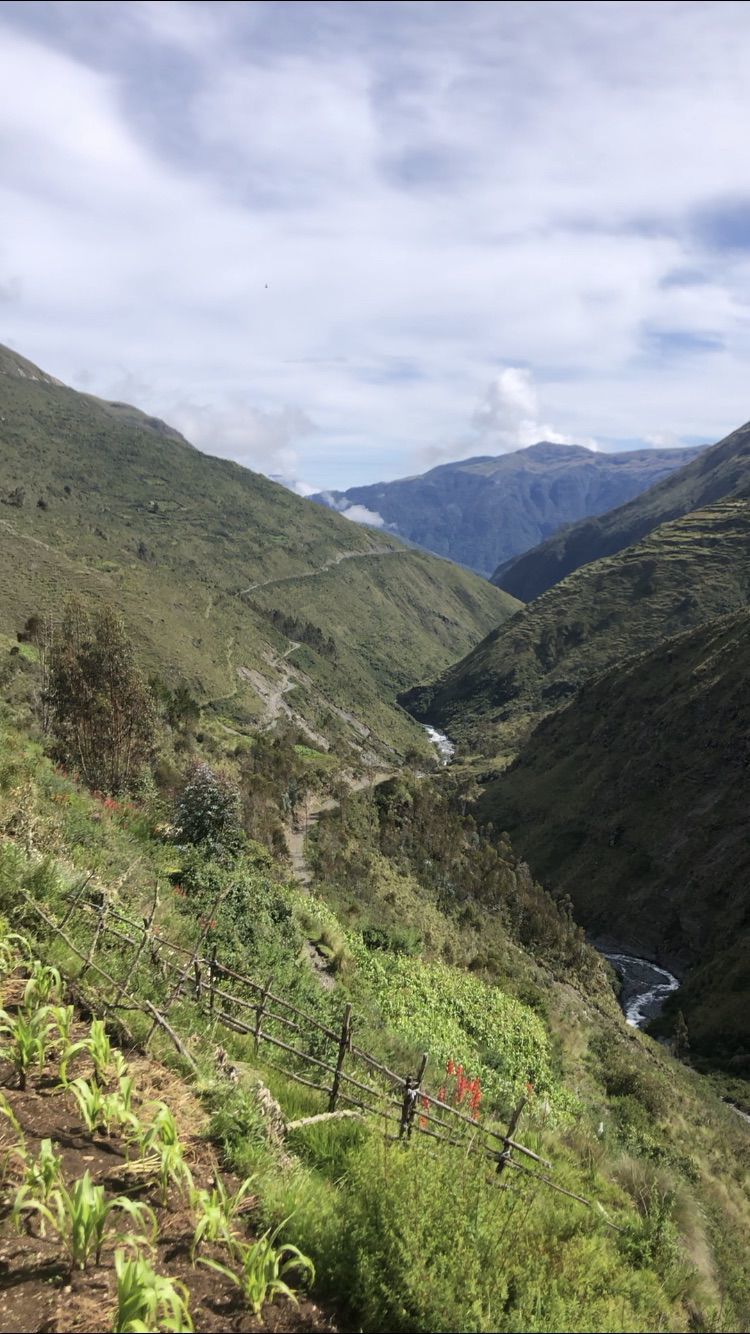 Looking down the valley from Conelline. What’s over the next ridge?

Fearless Juan in the snow at the top of Oquepuño pass at 15,977 feet elevation.

The eastern rim of the Andes, looking toward the lowland of the Amazon basin.

Looking down the valley from Conelline. What’s over the next ridge?

“You have to be a good driver to hit a chicken,” laughed Juan as he shifted into third gear; the hapless hen flapped away unscathed.

We called him Juan-Sin-Miedo — Fearless Juan — for his intrepid driving skills over the precarious gravel roads and stratospheric mountain passes of the Peruvian Andes.

I sat in the front seat of Juan’s old white Toyota Corolla station wagon as we traveled east and then north from Sicuani, Peru, toward Patambuco, where we planned to visit for the weekend.

My good friend David Aquino was in the back seat along with a newly married couple from Sicuani. I was the only non-Peruvian in the car and the only person wearing a seatbelt.

We rattled along National Route PE34B, one of the Peruvian branches of the contiguous transoceanic ‘highway’ connecting Brazil’s Atlantic to Peru’s Pacific.

This particular branch tops out at 15,977 feet elevation on Oquepuño pass, making it one of Earth’s highest paved roads.

We traveled mostly alone as we turned east off of PE34B toward Patambuco and rolled across the high plains. Large flocks of white alpaca, prized for their superfine wool, grazed the unfenced steppes; Andean geese and flamingoes dotted the lakes.

Elusive grapesOn one desolate stretch we caught up to a small pickup full of fruit to be sold at the next town.

We spied some appetizing grapes when we got close enough to read the menu, so we decided to put in a drive-by order.

Juan overtook the pickup and we made hand signals about the grapes through the window as we drew alongside.

But the pickup’s driver didn’t stop.

Thinking the driver must not understand our gestures, Juan pulled ahead, stopped, and opened his door, trying to flag him down.

Instead of stopping, the pickup accelerated around us and sped off.

Fearless Juan had met his match.

He got back in the car with a grin.

“They must think we’re trying to hold them up,” he said.

He jammed the Corolla into gear, and we sped off in pursuit. He wasn’t about to let those grapes go so easily.

We finally caught up several miles later. As we pulled abreast, the pickup stopped, its driver apparently resigned to his fate.

I rolled down my window and so did he.

“Could you sell us some grapes?” we asked.

Ah, what relief he must have felt!

We drove off with our grapes, leaving a fruit vendor with a story to tell once he got home.

Down the far sideThe afternoon sun pierced the cloud cover as we crested the eastern edge of the Andes. We paused for a poetic moment at the top of the pass before beginning the swift descent on the far side.

We were tipping over the outer rim of the world’s longest mountain range, down into the world’s largest watershed — the Amazon basin.

Waterfalls, fed by the lakes and glaciers above, streaked the sides of the ravine on the downhill side. These innocent streams would eventually join the brawling Amazon over a thousand miles away — here, though, they were still young, pure, and cold.

The fog filled the vast gorge below us as we approached Conelline, an independent hamlet located just beyond Patambuco.

ConellineWe spent that night and the next day in Conelline.

Morning light revealed a collection of stone houses hugging the hillside on a point of land bounded by two cascading streams far below.

Juan conversed freely with our hosts, Agripina and Francisco, in their native Quechua.

I could only vaguely recognize the odd word, but it felt as if I should know what they were saying.

One dish was cabbage fried with tuna out of a can; steamed potatoes and herb tea were never lacking.

And as we sat in the tiny home, guinea pigs came out of the shadows to feed on the bundle of grass Francisco spread for them on the dirt floor under the bed.

Small flocks of sheep, llamas, and cattle grazed the steep valley wall opposite us. Each house in the village had a large garden of potatoes, corn, fava beans, and greens; some also kept chickens and hogs.

“This is the thrill of travel,” I thought, as I took in the grand surroundings, the unique people, and their fascinating way of life so different from my own.

I had taken a massive step back in time, and it felt healthy, fresh.

I also felt like I was standing near the edge of civilization as I looked north down the gorge toward the jungle. The proud Andean range melted away in the distance, and lone remnants of morning fog drifted back down the valley from whence they had risen the night before.

“Someday I’d like to get back there and see what’s over the next ridge,” I said to myself.

Standing there, one could almost hear Robert Service reciting “The Call of the Wild”:

Paul Froese is a Walla Walla native. He works as a freelance writer for agriculture businesses and as a Spanish to English translator. He has many fond memories and close friends from across South America. Email Paul at paul.froese@outlook.com.