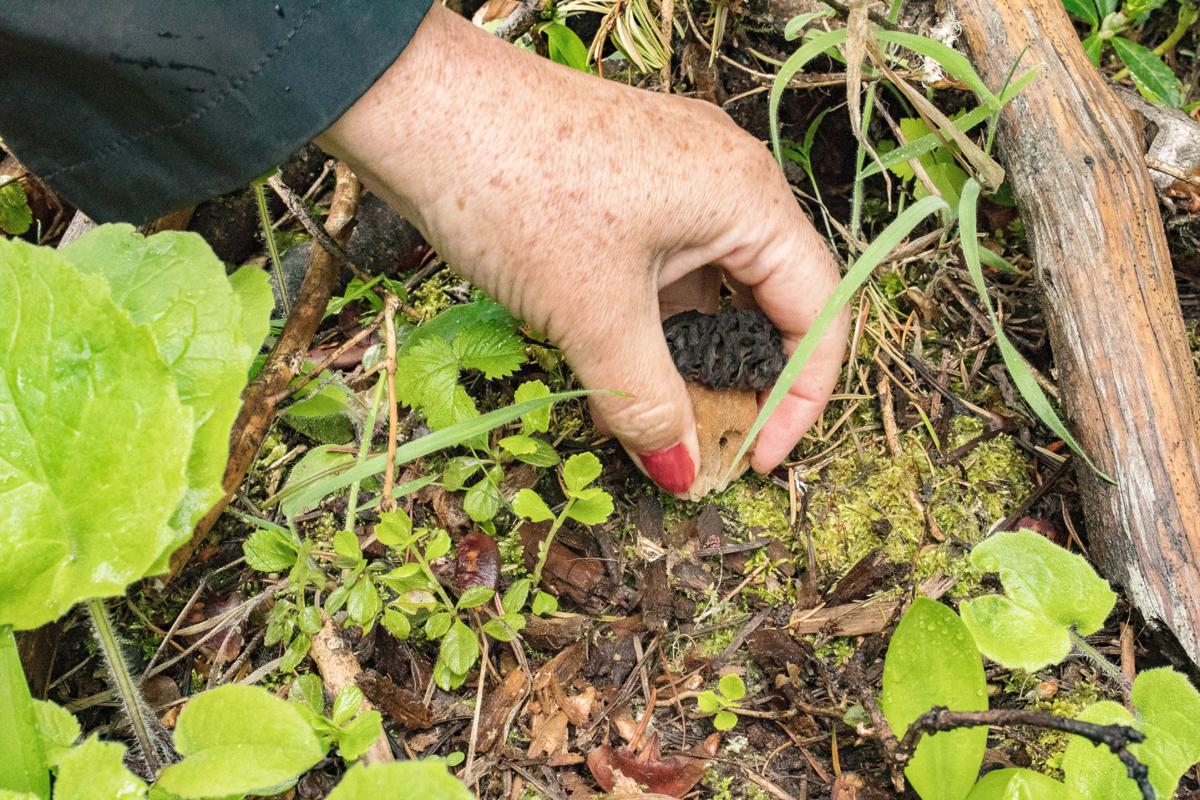 A search for morels benefits from looking under trees in moist spots. 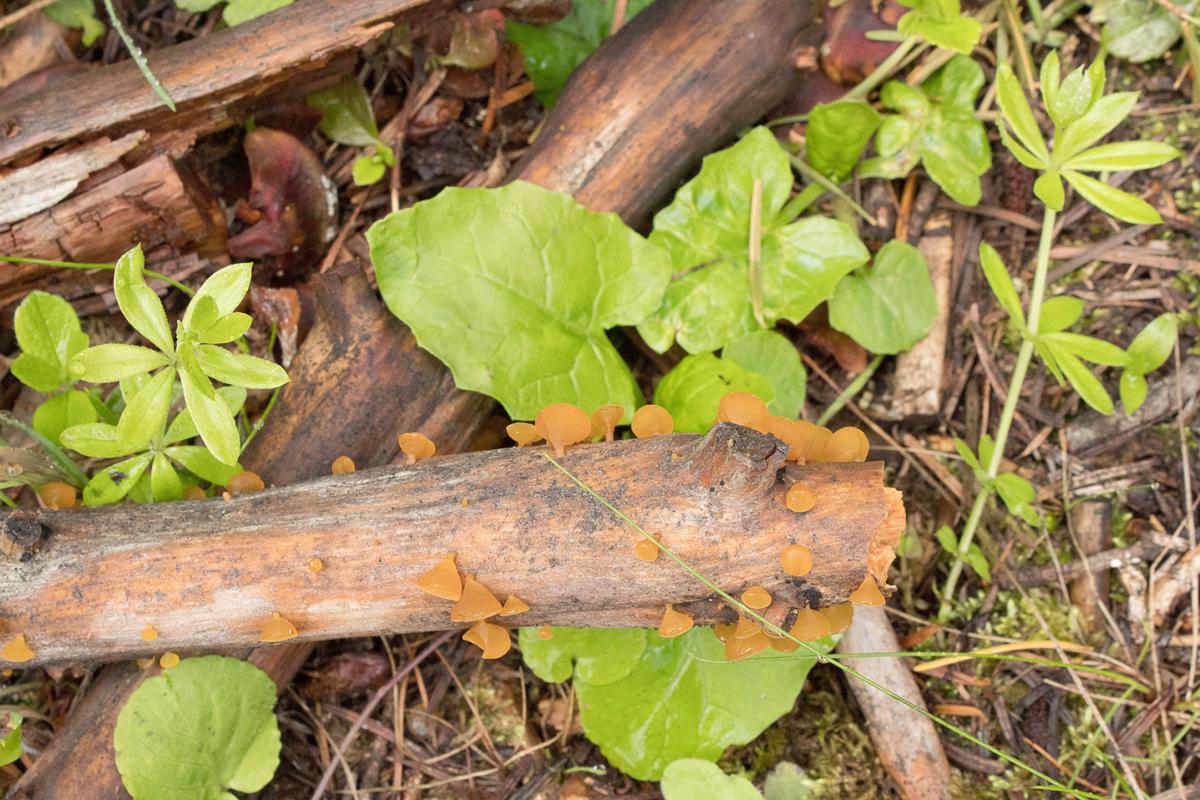 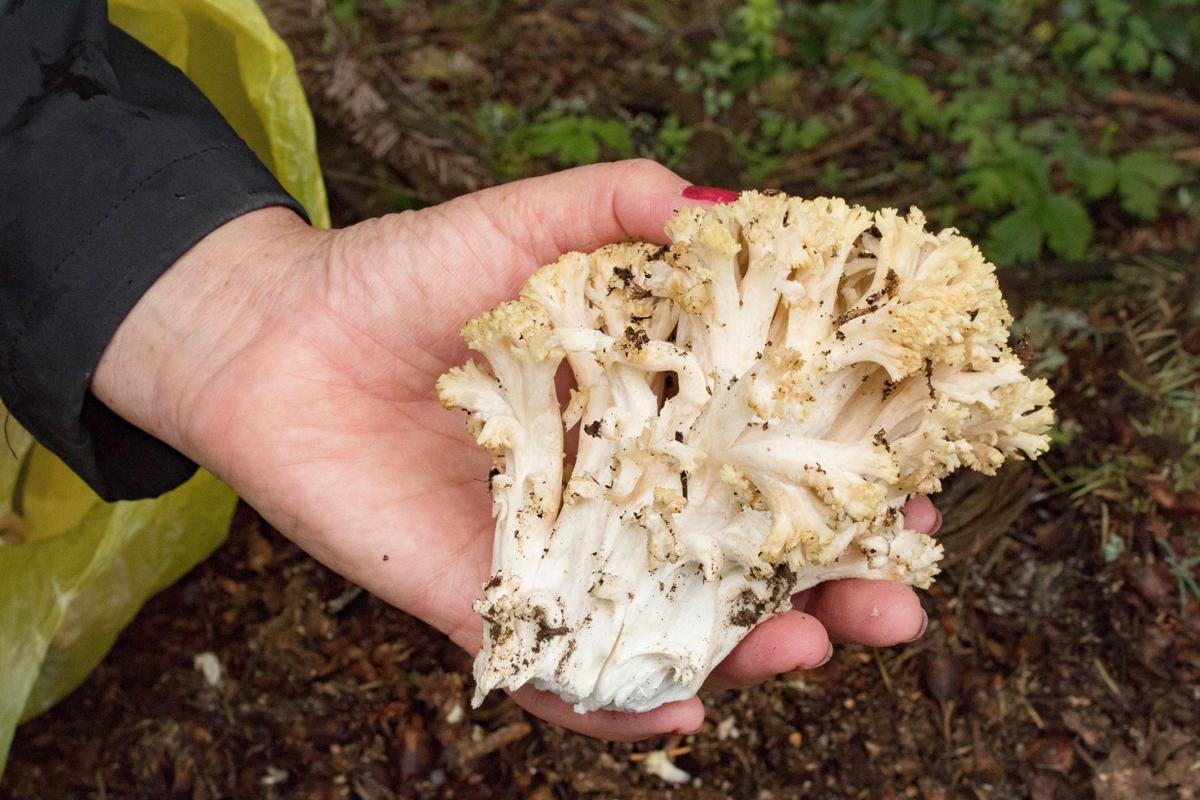 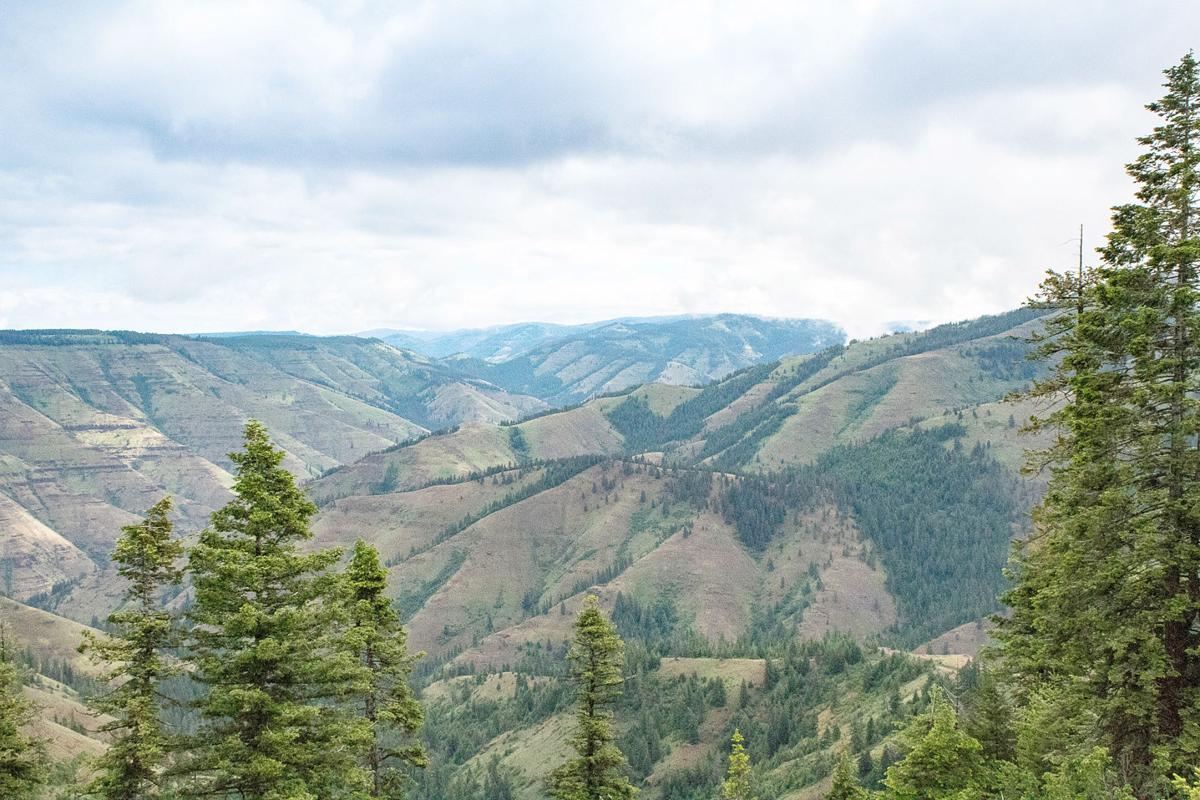 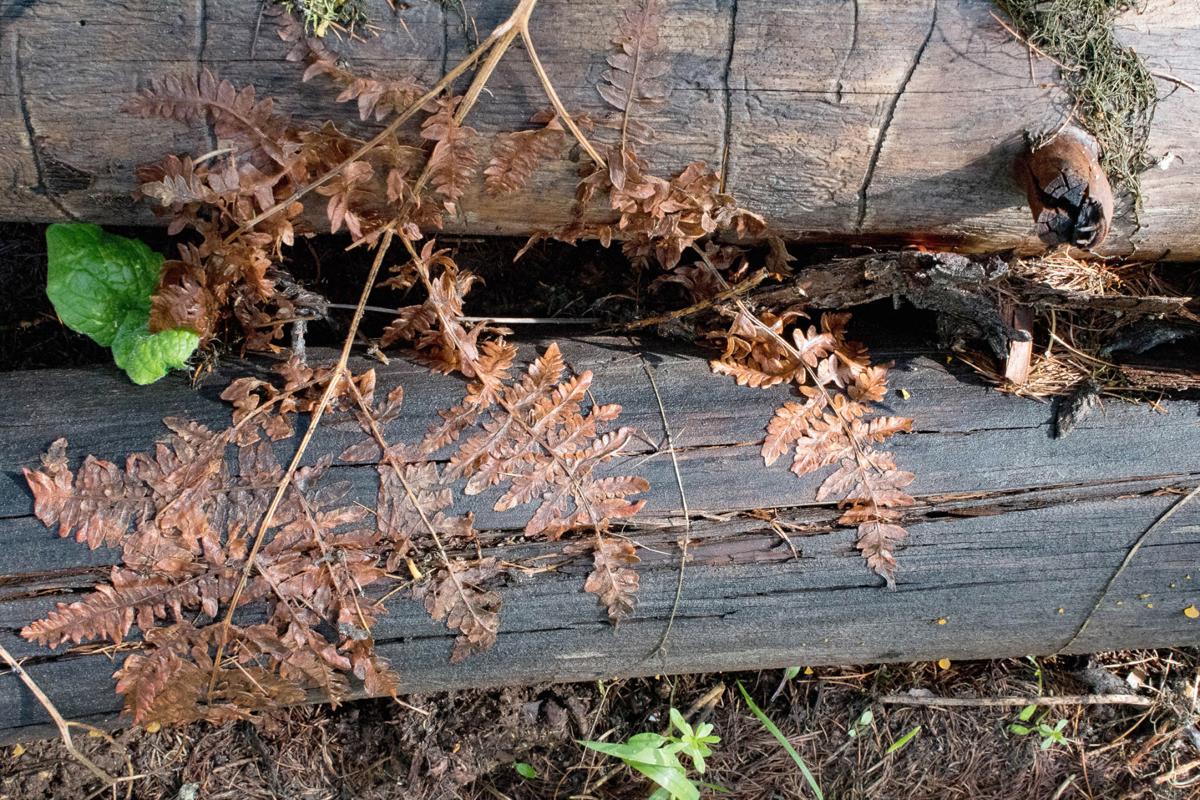 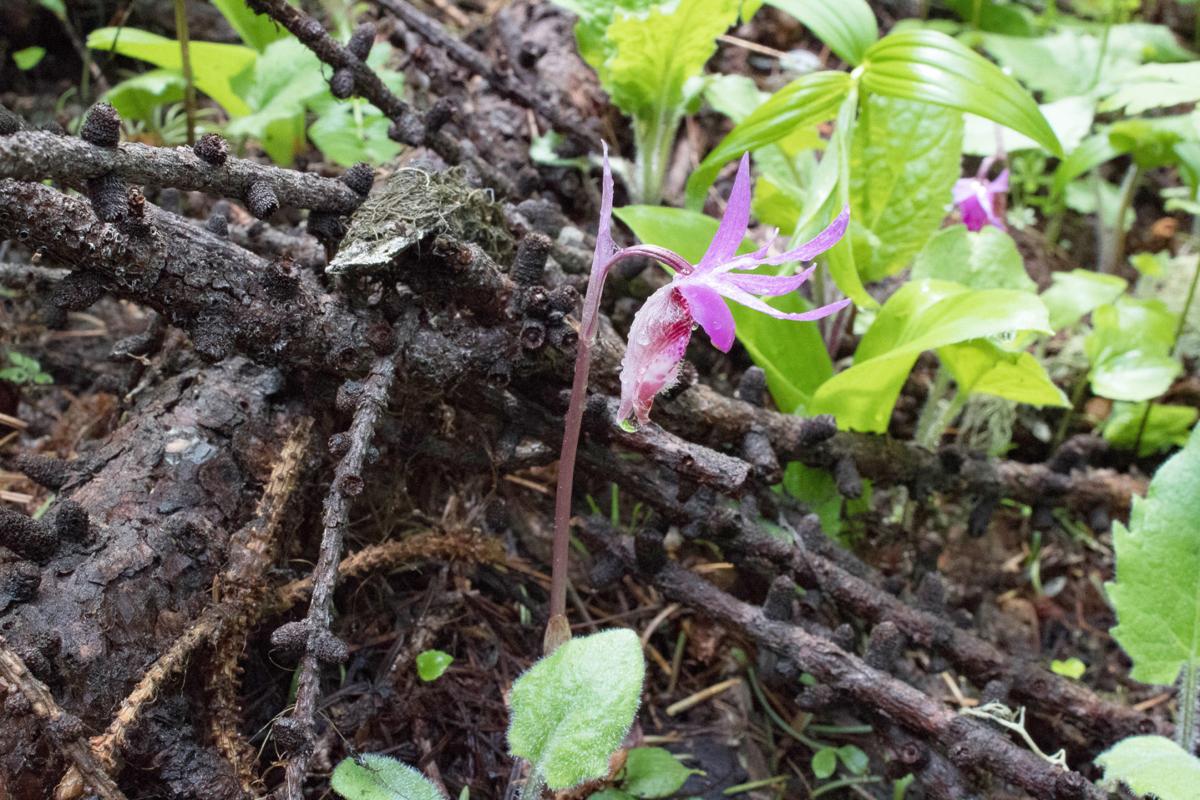 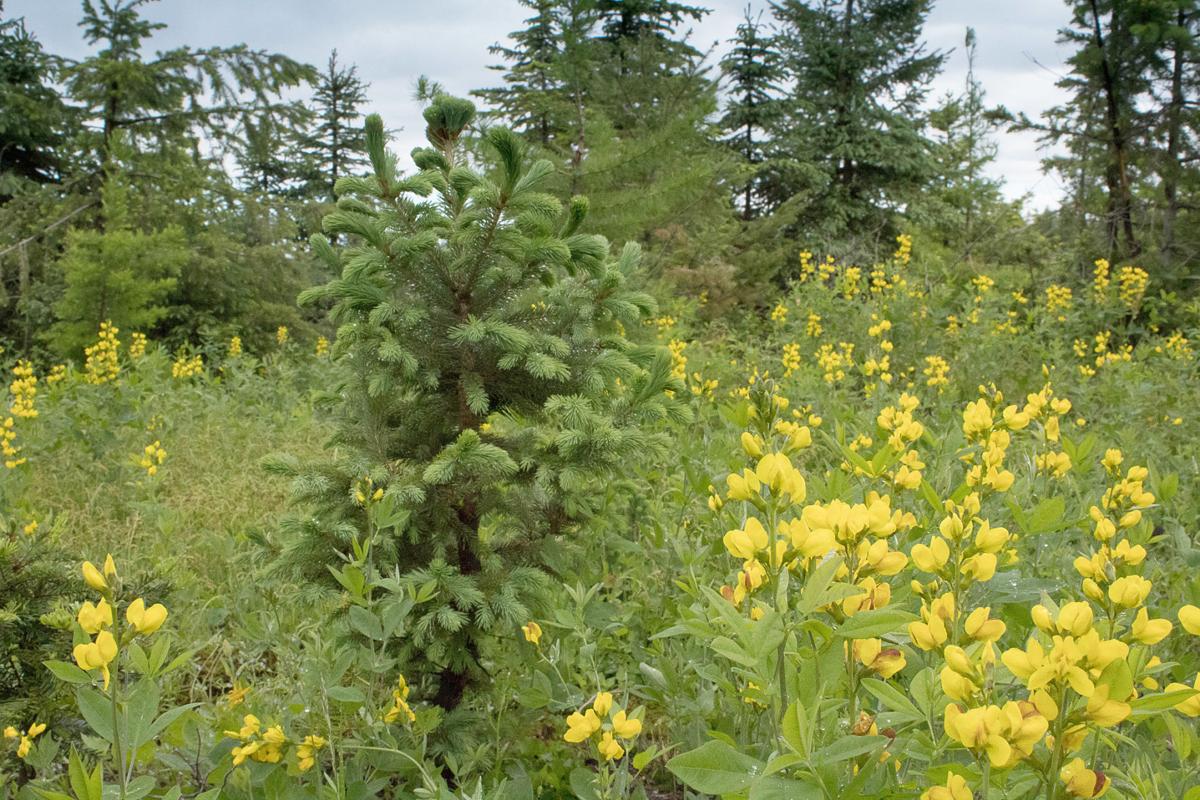 A search for morels benefits from looking under trees in moist spots.

Foraged foods are not only becoming more common on restaurant plates but also as part of home-cooked meals as well.

I always wanted to go mushroom hunting, but finding someone who knows what to look for and is willing to share his or her secret spot isn’t easy.

Last year, I was determined to make a go of it. I found a willing local, a friend of a friend, and one Friday in early June we set off at 7 a.m.

As the morning sun was beginning to warm the Valley, we crossed the state border and following the winding road up toward Tollgate. We were headed to one of Silvia Fox’s favorite hunting grounds, on friends’ private land.

It’s important to get permission any time you are foraging on private land, but there are also a lot of prime locations on public lands in nearby Umatilla National Forest, where it’s free to forage for personal use, or by permit for commercial.

Fox, who learned the hunt from a co-worker 35 years ago and has been going out every year since, has found mushrooms nearly every time she’s gone out — all but once. Most of the time, she comes home with several pounds of them. A few weeks earlier, she’d bagged 5 pounds. I was about to lower her average, but, like fishing, even if you don’t find any, it’s still a good day.

“To me going to the mountains is the most relaxing place,” said Fox, who also enjoys painting images of these mountains. “I just love it. It’s like therapy.”

She added that it’s a great family activity. She brought her kids when they were young and still goes out with them as adults.

Another local mushroom hunter, Chris Howard, likens mushroom foraging to an adult Easter egg hunt. He and his wife, Kathy, started hunting regularly about 30 years ago, after she took a class in mycology at Walla Walla Community College.

“We enjoy hunting morels in the spring as another reason for getting up in the mountains, out in nature,” said Chris Howard, an avid hiker. “You get the reward of being in nature whether or not morels are found. Of course, we are excited to find them as they are, by far, the best-tasting mushroom, in our opinion.”

As Fox’s car continued to climb, fog replaced the sun, and the surrounding Blue Mountains disappeared into white. The road turned to dirt. A rabbit hopped across our path. The temperature dropped to 42 degrees, and we both took our last sip of hot coffee before getting out of the car.

In addition to morels, we were in search of elephant ears and calf’s brains (also known as snowbank brains), both first appearing in early spring in forested areas where the snow has recently melted. Next come the morels, which like dense forest — especially recently burn areas — and cauliflower, or yellow corral, which share a resemblance to both the vegetable and sea structure.

Fox has trained her eyes over the years, and she quickly spotted a cauliflower mushroom and cropped it close to the ground, careful to leave its roots so more will grow back.

“If you find one, you will find a lot more in the same area,” she said, but that wasn’t the case today. Fox pointed out a few stems, evidence that others had gotten to them before us.

She found one lone morel — the prize we came for. Its dark-brown checkered cap blended into its surroundings perfectly, and I wondered if I’d ever be able to spot one. Fox described it as a little pine cone on a stem. It felt lighter and spongier than I expected in my palm. We placed it into the plastic bag with the cauliflower and continued the search.

In a normal-weather year, the mushrooms will start to appear in these higher elevations around Memorial Day, said Fox. However last year, with its deeper snow pack, was not a normal year.

“We haven’t really figured out the mix of factors — weather, time of year, altitude — that determine morel abundance,” said Chris Howard, who also didn’t find many last year but knew others who did.

Despite the unpredictability of the hunt, in a recent email he had high hopes for this year.

“The snowfall has been moderate, and there has been lots of spring rain, so I think it will be a good year,” he said.

Fox peppered me with tips as we walked gently through the underbrush. Find morels and cauliflower under trees where it is moist. Look where there are fallen trees for the bark-colored mushrooms. She often finds elephant ears and calf’s brains in more open areas.

As we walked in slow zigzags from tree to fallen tree, I noticed all the miniature wildflowers, mint-hued lichens and vibrant mosses. And the stillness.

I spend a lot of time in the woods, but I’m usually hiking or trail running, where I easily pass this little micro-world by. Slowing my pace, squatting down to pick a mushroom, and getting my hands into the soil and underbrush was a refreshing experience.

Without much luck at our first location, we drove farther up the mountain to Woodland Sno-Park, still holding small patches of snow at this elevation. We began down a steep bank, poking through leaves, stepping over rotting logs, steam rising from them as they warmed in the morning sun. Still, our bags were light.

“Is this one edible?” I asked, with little hope.

Fox looked down to the brown mushroom I pointed at.

I’d spotted my first edible mushroom and our first calf’s brain of the day. Its crinkly brown folds really did look like a brain.

A little thrill rushed through me as I carefully scooped it up, and I knew I, too, was hooked. I searched for more near the same fallen log, but that was the only one I spotted all day. Fox found more of the calf’s brains and even a few elephant ears, but no more luck with morels.

Even though we didn’t come away with her normal find, I was more than satisfied — I wasn’t sure I would even find any on my first attempt.

After my inaugural mushroom hunt, it was easy to understand that the real reward of foraging is just being out in the woods, slowing down to connect with nature, to really see it and let it seep into you. Finding the mushrooms is just icing on the cake. I look forward to seeing what I’ll discover this season.

Visit the Umatilla National Forest’s Walla Walla Ranger District, 1415 W. Rose St., Walla Walla, for information on foraging on national forest lands and to pick up a brochure on mushrooms common to the area.

Check out the Oregon Mycological Society for classes and events. Visit: wildmushrooms.org

Soak the mushrooms overnight in salt water to rid them of any bugs.

For cauliflower mushroom — let dry for a few hours, then gently brush off any dirt (a clean paintbrush works well).

Can freeze for up to a year

Local mushroom forager Silvia Fox recommends simply seasoning them with salt and pepper, rolling in flour or an egg wash and flour, then frying in garlic and butter. She tops steak with them or adds them to everything from fettuccine Alfredo to chicken burritos.