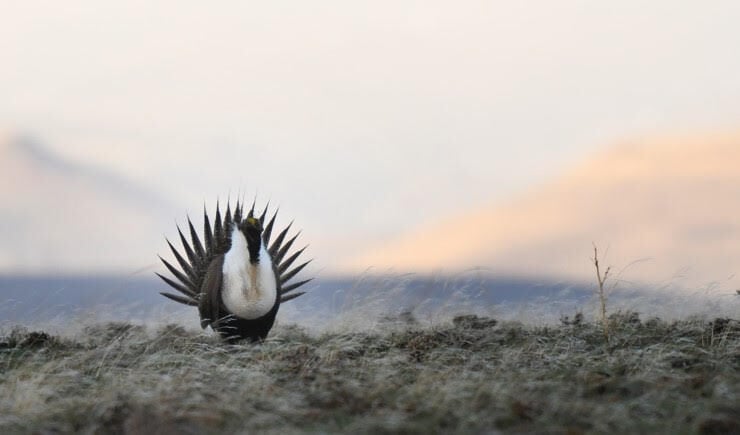 A greater sage grouse on a lek in Malheur County, Oregon. 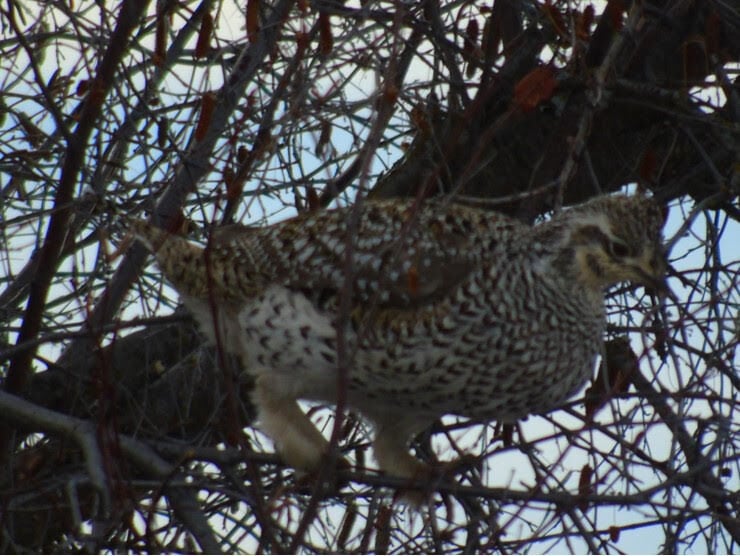 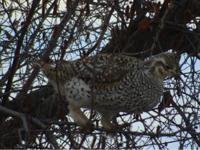 A greater sage grouse on a lek in Malheur County, Oregon.

It is unbelievable that March vanished at such a rapid rate.

I figure that the days were maybe 17-19 hours long and that they were blown away so fast.

Time flies when you get older and have so much to get done.

This column is about two species that once lived here in Walla Walla County clear into the early 20th century. They are both native birds that once were common in this county.

The first species is the Columbia sharp-tailed grouse, a species that in the 1850s was abundant with huge populations.

This 15-inch long wild chicken was found all through the Palouse hills and up to tree line around the Blue Mountains.

Out in the west end of the county, in the dry desert along the lower Walla Walla and on out to the Columbia River, this grouse species was replaced by the second subject of this column.

In April, these beautiful grouse would all congregate out on ancient leks, or strutting grounds.

On these leks, the males would lift their long sharp tail feathers and spread the tail out while it was held out over its back.

Then, it would lower its wings and rattle the flight feather quills.

As if that was not good enough, then these hormone-propelled males would inflate a pink/purple sack on the sides of the neck and proceed to coo just like a dove.

All the while, it was stomping and shuffling around on the lek.

This was done to impress and wow a hen sharp-tailed grouse.

Once paired up, the hen would build a large nest under a sage brush or in a dense clump of bunch grass.

After the many chicks hatched off, the new family would move into the grasslands to feed on insects, seeds and berries.

Throughout the summer and into the fall, they ate well.

About eight days after hatching, the chicks were independent and are known as precocial young that can feed themselves.

By the end of fall, in late November, the young are as large as the adults.

So, you ask what happened to this once abundant native game bird here in Walla Walla County?

As the Palouse prairie was plowed under with sod-buster plows in the spring, these grouse had their nests plowed under.

The adults were constantly being shot for food by anyone with a gun.

Then, their required habitat was burned and ripped out for crops, and by the late 1930s they were all but gone.

In fact, they were now so scarce that other non-native game birds had been introduced for the hunt and defined hunting seasons fixed.

The free-for-all was over for hunting, but the long-term damage was done and by the late 1940s the last sharp-tailed grouse blinked out and were considered extirpated!

The next native grouse is the greater sage grouse.

This grouse species is the largest native grouse in North America at 23-inches long.

These big birds were resident in the sagebrush or shrub-steppe plant community. They, too, gather on display leks in the spring and dance from late February into early May.

Their display is quite different from the sharp-tailed grouse.

The male has two large air sacks on their chests, which they bounce and bop around.

They also physically attack each other while displaying.

The hens then select the male with the most perfect dance.

This big bird is a sagebrush obligates and must have sage to survive.

They feed on sage leaves during the winter.

You ask what happened to this native grouse?

Fire, destruction of sagebrush, shooting and disease all contributed to this spectacular bird’s demise. The entire population is now under sever threat due to habitat loss, overgrazing of cattle and loss of cover.

This grouse population was last seen in Walla Walla County in the late 1940s.

They are now extirpated from Walla Walla County.

The loss of these two native species is incredibly sad and is an indicator of what we can do if we refuse to police ourselves. Stewardship and good conservation are all that keeps these two grouse hanging onby their nails in other counties in Washington state.