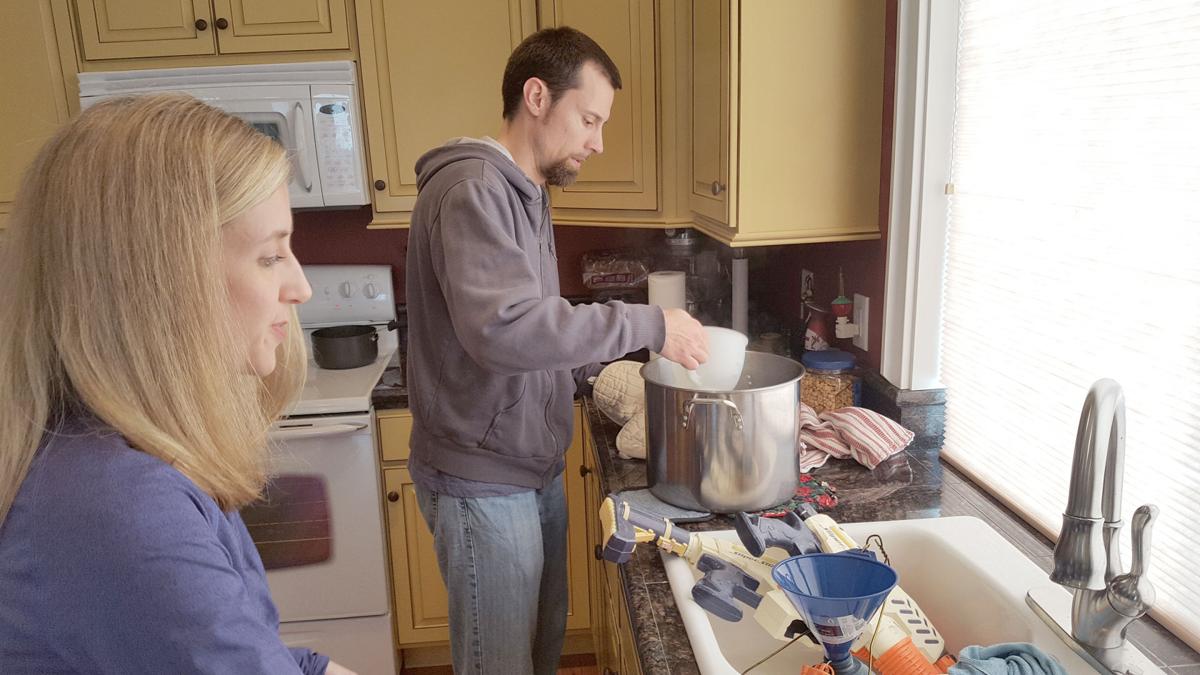 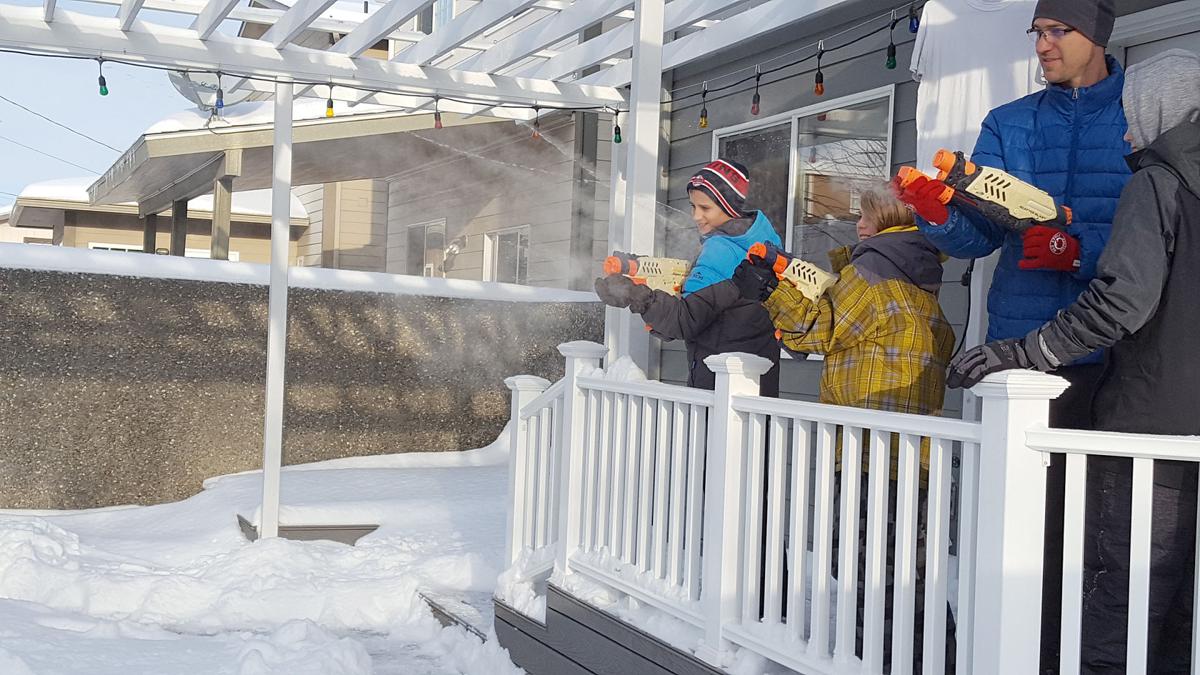 At least one person was over-the-top happy with the Walla Walla Valley’s frigid weather this weekend.

The temperature was a balmy 11 degrees in Minneapolis on Friday when Nathan Ziegler and his family boarded a plane for the annual December trek to Milton-Freewater to spend Christmas with family.

Ziegler, a high school principal in his day job, has gained attention for his “Minnesota Cold” YouTube videos. His frozen hijinks have been covered by media outlets, including Good Morning America and a German entertainment TV station, for the past few years.

Ziegler, a former science teacher, has built an impressive list of winter feats over the past decade, including pouring water on his kids’ trampoline to let it freeze into a shallow pond. When Ziegler jumps on it for the cameras, the motion sends ice shards into an upside-down shower.

There’s the soap bubbles frozen rigid, the fresh flowers gone cryogenic and then shattered with a single blow, the wet towel sculpted into a frozen sled.

It takes a certain something to think of freezing bananas into hammers solid enough to drive nails.

Ziegler’s videos have garnered more than a million views and it never gets old, he said.

Oregon, however, rarely has the kind of below-freezing temperatures to allow for such coldfoolery. Upon planning for the holiday trip, Ziegler was delighted to discover the locally-maligned polar vortex would be visiting Milton-Freewater at the same time.

Deplaning in Pasco on Friday night, the Zieglers were greeted with weather even more bitter than that they’d flown away from.

“It was minus 5 degrees. Nathan was super excited,” Nathan’s wife, Tennille Ziegler, said.

She, by the way, allowed her husband to freeze her hair solid for one episode of Minnesota Cold.

On Saturday morning, despite a lack of sleep, Nathan was raring to go. With the help of children, friends and family, he had turned his in-laws’ kitchen into a science lab. Water was boiling on the stove while a bunch of bananas sat in frozen still life on the deck.

In short order, Ziegler pulled off some of his favorite Minnesota Cold moments, starting with squirt guns shooting boiling water out to instantly become a misty curtain of ice crystals.

That works because water that hot is really close to evaporation, the scientist explained.

“Spraying it spreads the water out more quickly,” he said, and that spray freezes instantly when it’s 7 degrees outside, falling to the ground like glitter from an ornament made in preschool.

And yes, yes indeed, frozen bananas really can hammer nails into wood, as Ziegler demonstrated. Every kid present got the chance to play a carpenter in Antarctica, pounding 3-inch nails into wood with fruit.

For his final Oregon Cold event, Ziegler went high, climbing to the top of the three-story townhouse to toss more boiling water off the patio roof.

Minnesota — and now Oregon — Cold experiments make the most of the chilliest months, Ziegler said.

“Hopefully everyone in Oregon can embrace the cold while you have the chance.”

The frosty fun may have to wait, however. Walla Walla Valley temperatures are predicted to rise to above freezing on Monday and to a tropical 44 degrees by midweek. An extended forecast shows temperatures to stay above freezing through the rest of December.

To see Minnesota Cold in action, go to www.youtube.com/user/nziegler/featured.