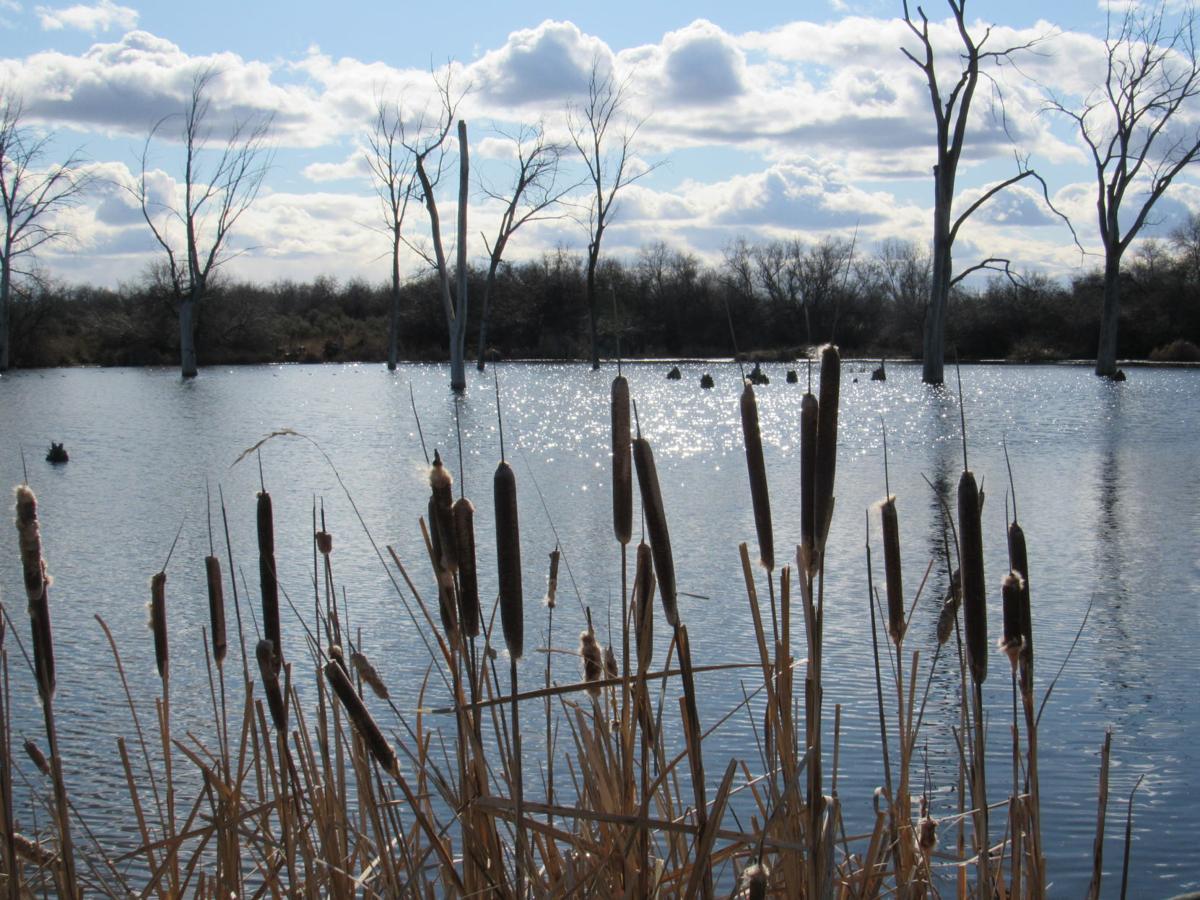 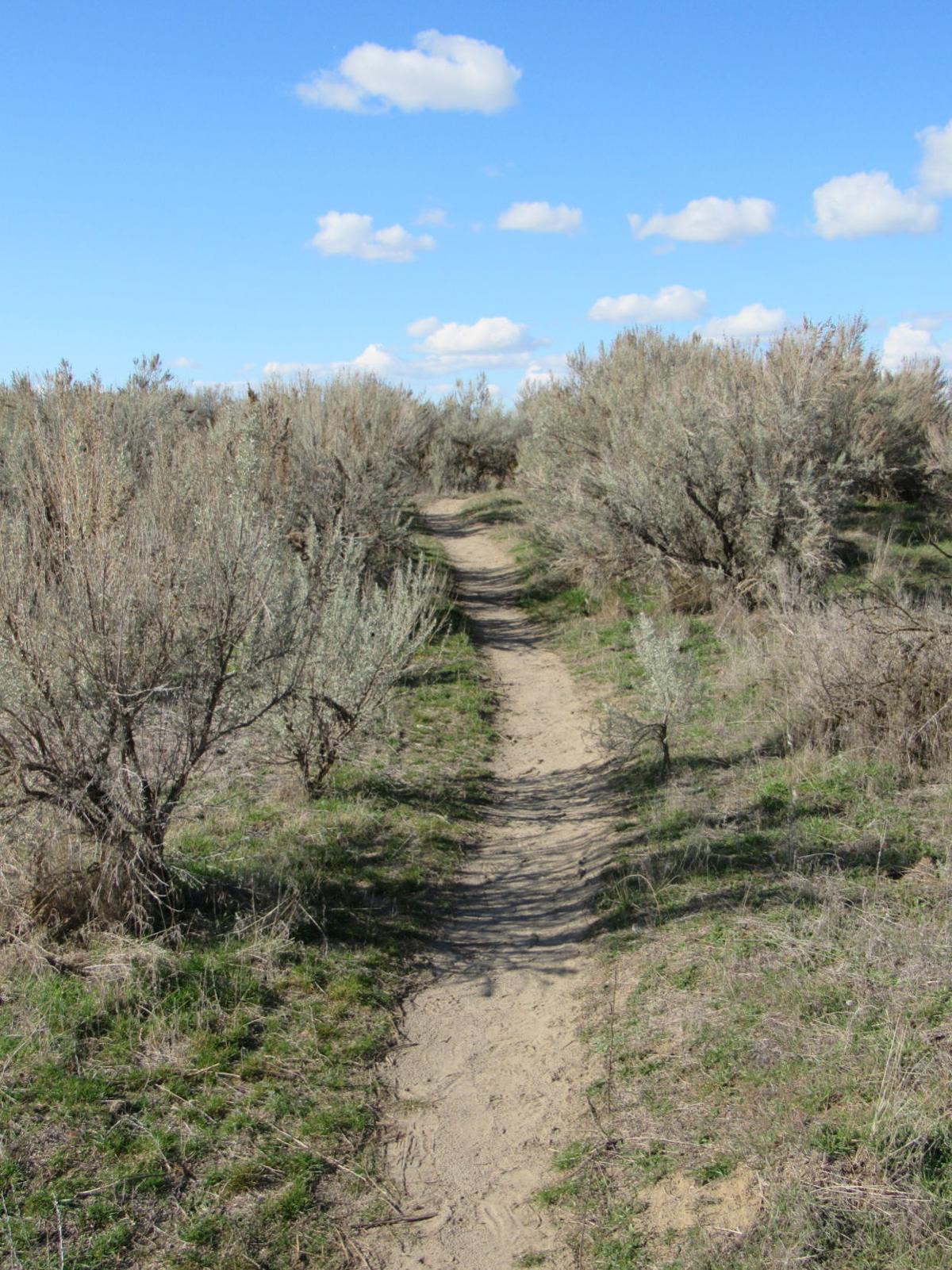 A trail at the southeast edge of Cold Springs National Wildlife Refuge leads to more ponds where waterfowl flourish. 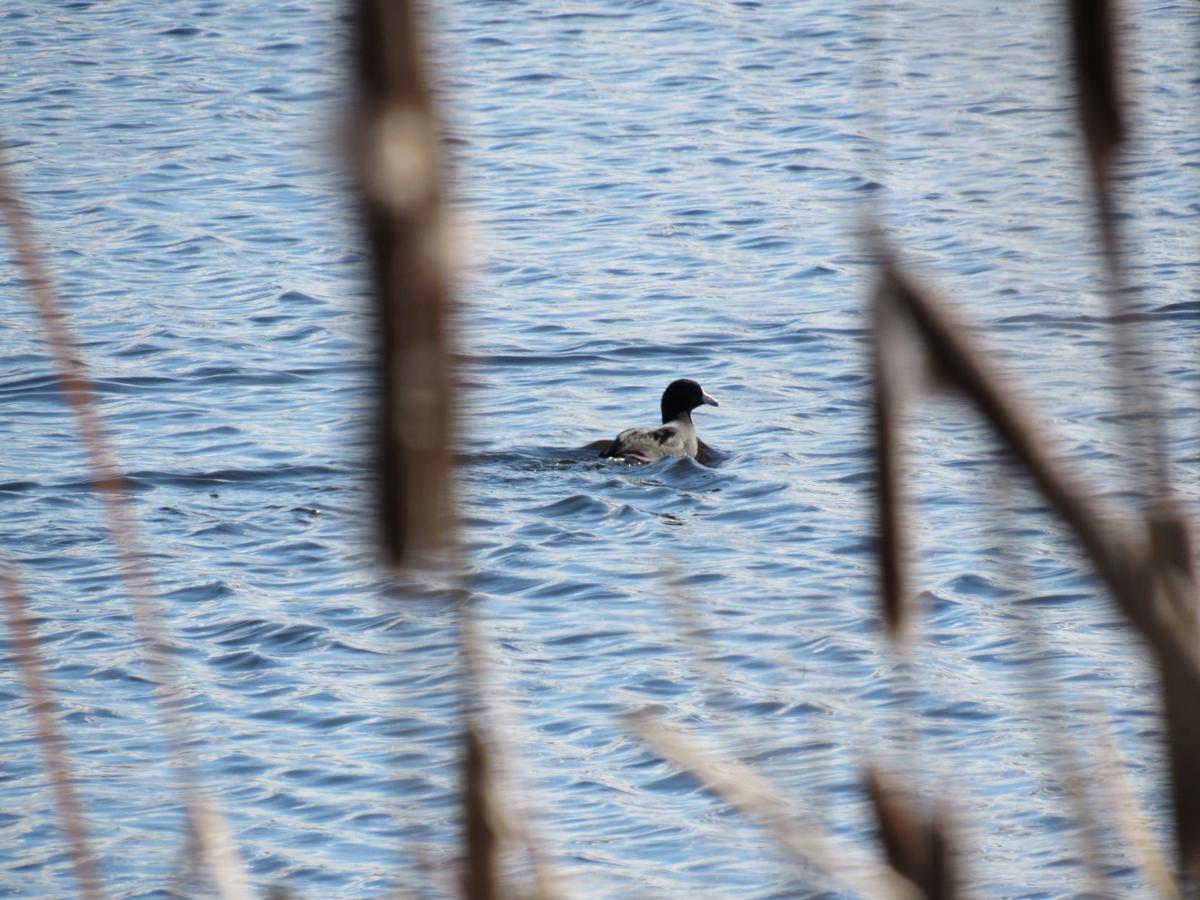 An American Coot goes for a swim. 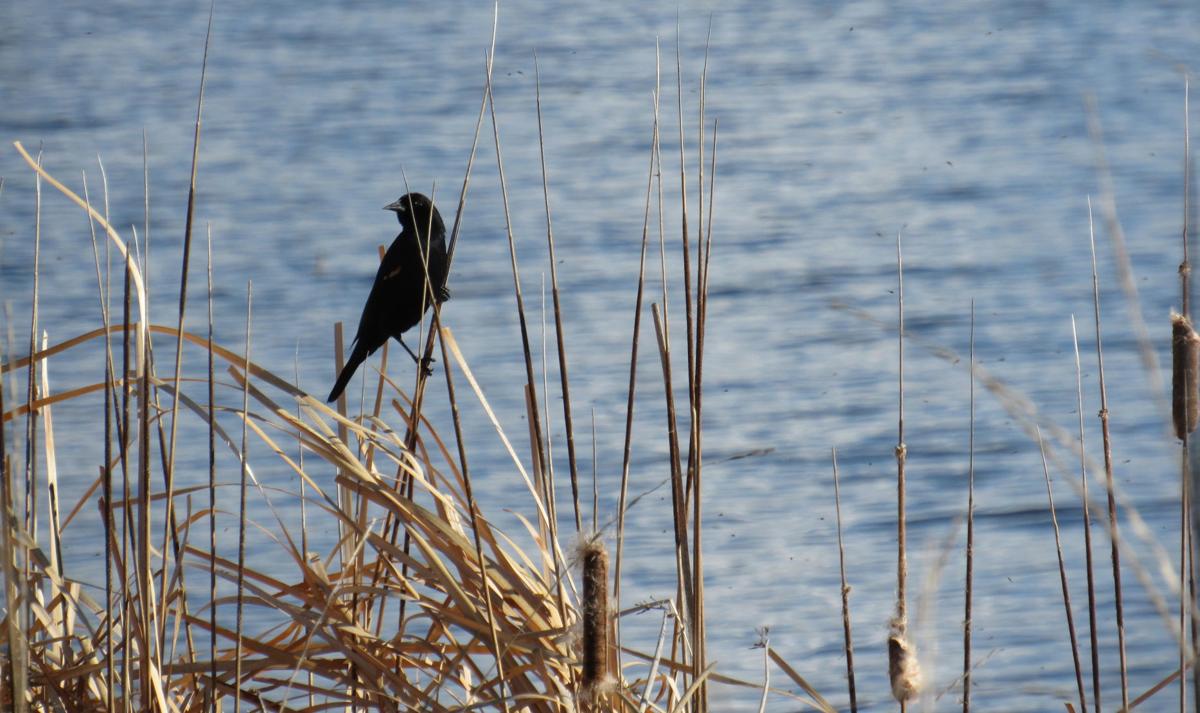 A red-winged blackbird tunes up in preparation for spring. 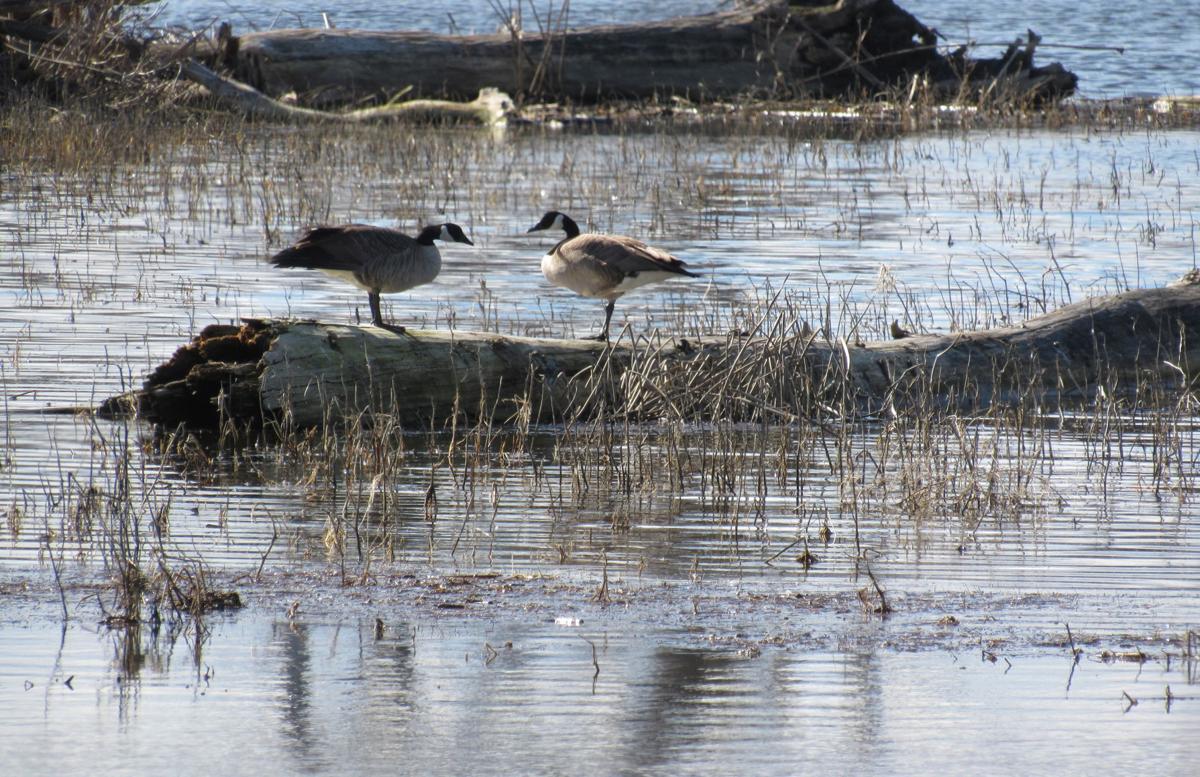 A Canada goose couple has a family meeting. 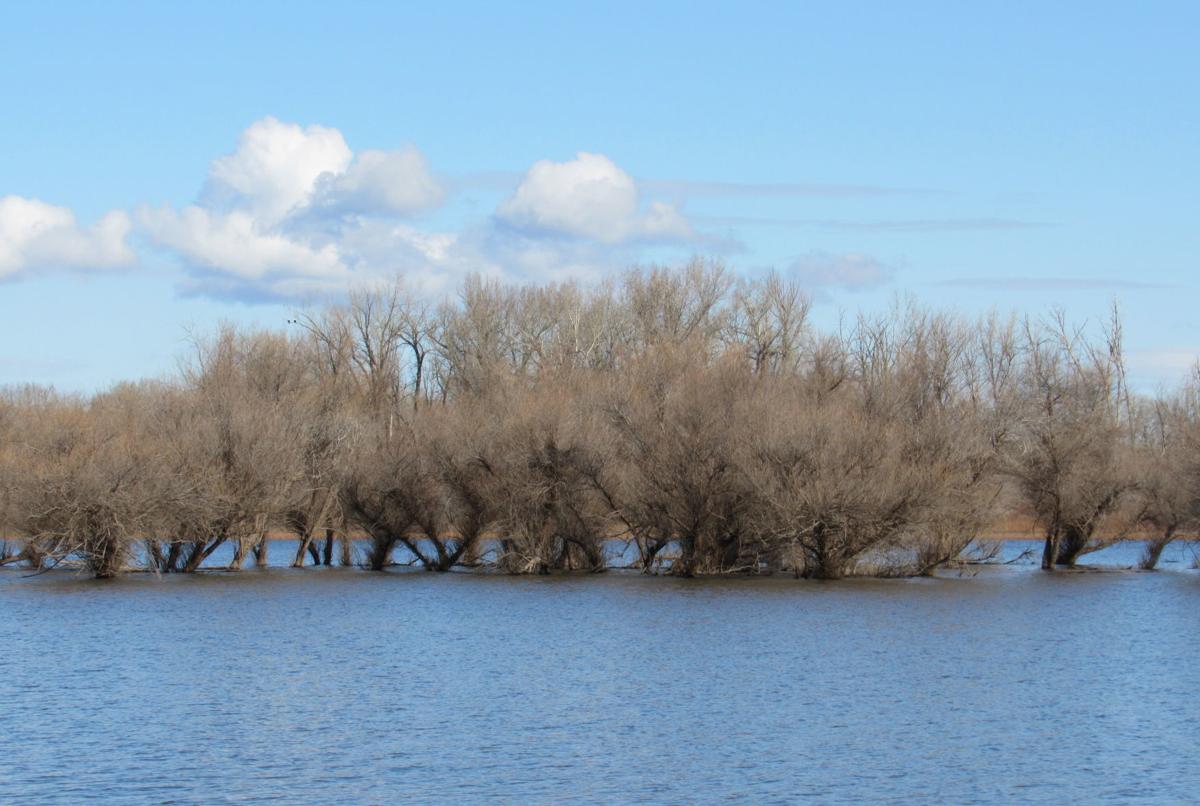 The Cold Springs National Wildlife Refuge offers waterfowl on the Pacific Flyway a safe place to rest and recharge.

A trail at the southeast edge of Cold Springs National Wildlife Refuge leads to more ponds where waterfowl flourish.

An American Coot goes for a swim.

A red-winged blackbird tunes up in preparation for spring.

A Canada goose couple has a family meeting.

The Cold Springs National Wildlife Refuge offers waterfowl on the Pacific Flyway a safe place to rest and recharge.

Unless you’re a duck or goose, a quail or a mule deer, a badger or a porcupine, nothing about Cold Springs National Wildlife Refuge is overwhelming.

And then, just when you’re entering a hiker’s state of bliss, you surprise possibly the biggest flock of Canada geese ever.

The clamor is deafening.

The cleverly hidden sanctuary six miles northeast of Hermiston and several miles south of the Columbia River is like the wallflower at the refuge dance.

It draws mostly locals — and, ample evidence would suggest, a few rather ambitious litter bugs.

The refuge has a colorful history.

Thanks to a Teddy Roosevelt executive order, the 3,000-plus acre refuge was established in 1909 as a breeding ground for native birds.

Roosevelt was ambitious. Inspired by nature both magnificent and mundane, he was enthralled by the spectacular vistas of Yosemite Valley and also by places, like Cold Springs, the servants’ entrance to the wildlife world.

I pull off at a parking area and look for hiking opportunities.

Even though I lack a machete, I make an attempt to reach the “lake.”

After ducking through the brush gauntlet, I reach an impressive body of water, with a farm-intensive backdrop.

I never do see the 115-foot-high earthfill dam.

At another pulloff, I bushwhack on a sandy “trail” trying to get close to, without scaring, a flock of Canada geese I can hear honking in the distance.

I come to a bay where the Canada geese are communicating in “outside voices.”

Even though I am tiptoeing, the goose alarm clock goes off and they fly enmasse to the main body of the lake and safety.

I’ve traveled about 50 miles to get here — including through scenic Wallula Gap.

But my travels pale by comparison to the birds.

They ply parts if not all of the 4,000-mile-long Pacific Flyway, connecting Alaska to South America, and rest here on their epic migrations.

Or just hang around all year round.

Returning to the car, I spot a herd of mule deer.

They elegantly bounce away through a willow obstacle course.

Near the parking area, a flock of California quail spooks unnervingly.

After many false starts, and battles with the underbrush stage where songbirds are tuning up, I finally find a sandy “official trail” at the east end of the refuge.

I park and walk about a quarter mile.

Emerging from head-high sagebrush, rabbitbrush and bitterbrush, I find a serene pond that looks right out of a TV nature show.

A red-winged blackbird flashes color as it launches from a cattail.

A kestrel swoops over the diamond-studded water and then disappears into the forest.

Swainson’s, Coopers and red-tailed hawks are also in the vicinity, I’m told, but we do not synchronize our schedules for a rendezvous.

Winter must be heading for the exits. The sun is warm on my cheeks.

Gangs of robins fly about with reckless abandon, hopped up on fresh air and optimism, a harbinger of spring.