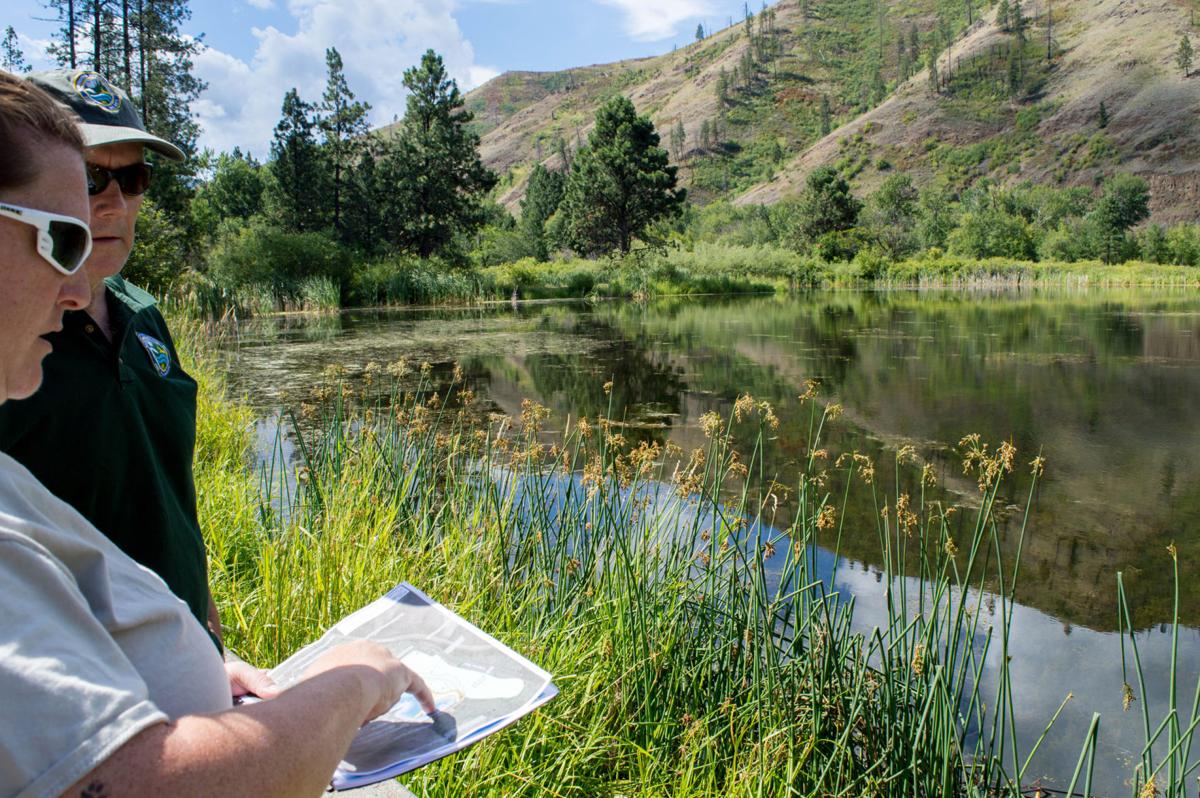 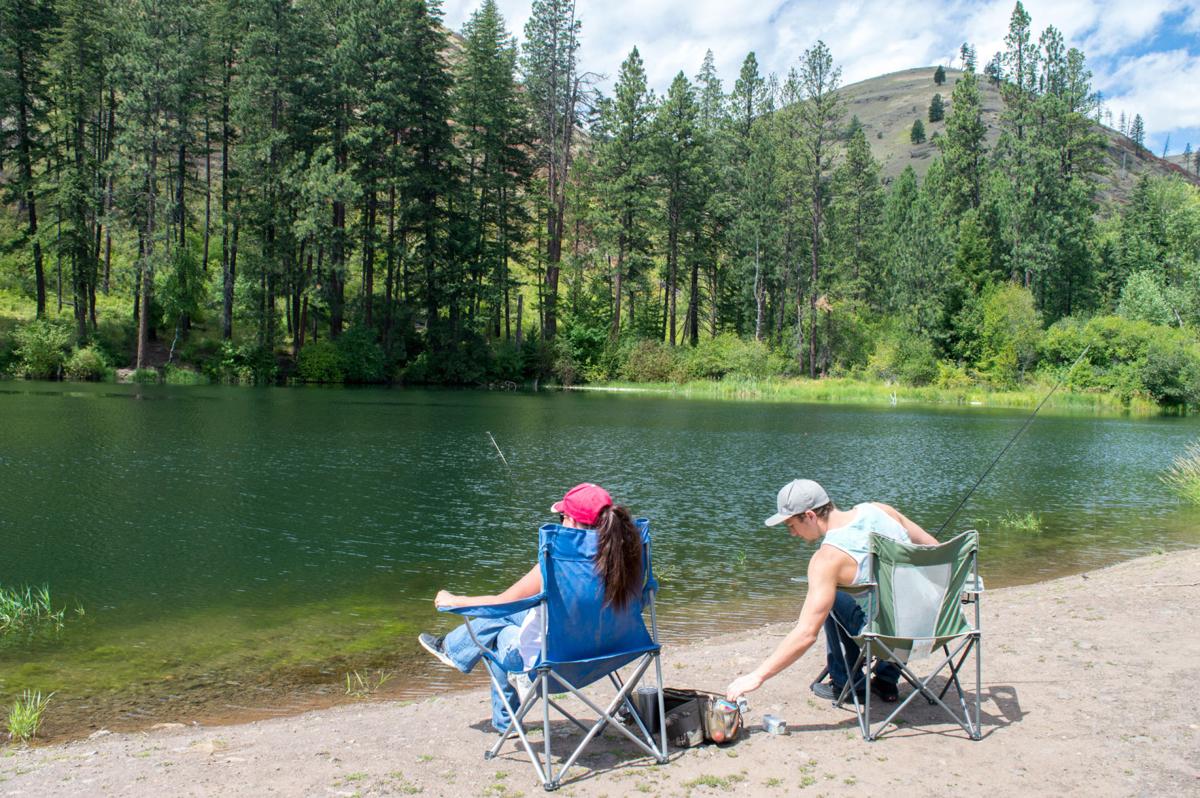 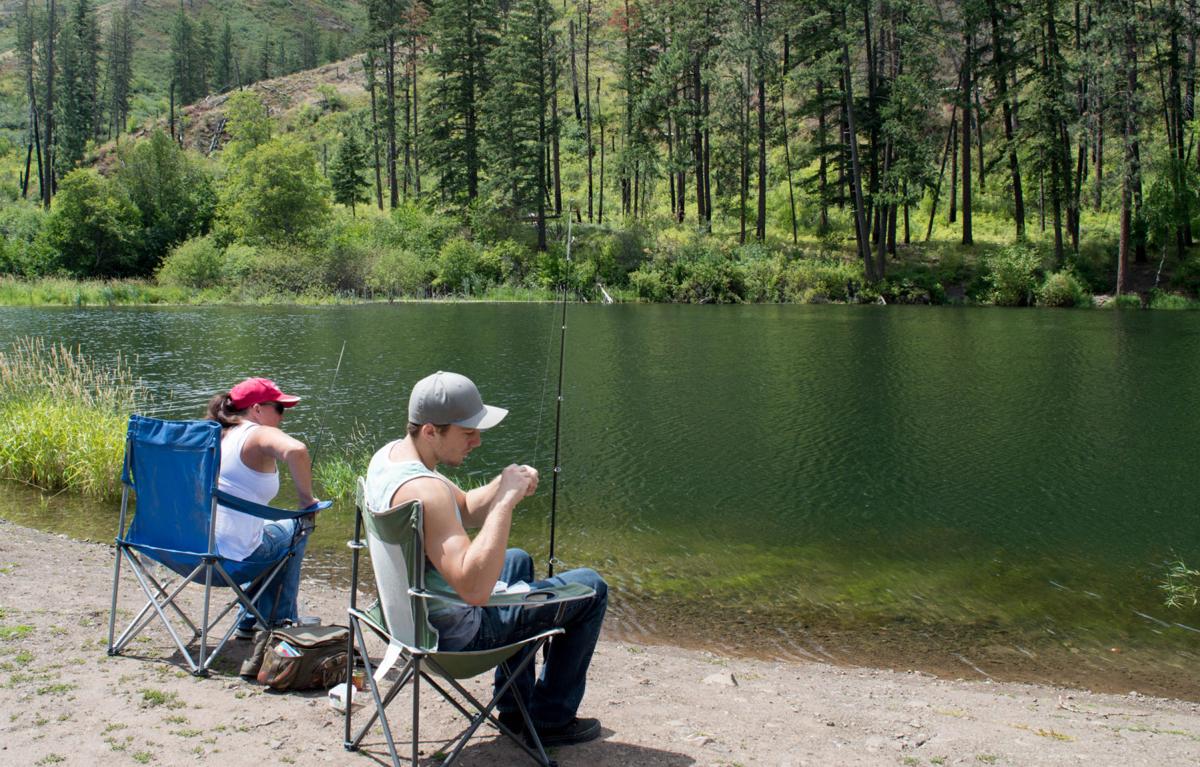 POMEROY — Chances are good that if you own a fishing pole and live in this region, or visit here often, you’ve heard of the Tucannon Lakes.

“We come here every chance we get,” said Marie Allen, who spent one recent Wednesday afternoon on the sunny banks of Rainbow Lake in a lawn chair with her fishing pole.

Allen moved to Dayton this summer from California; the Tucannon Lakes were a major part of what drew her and her family here.

And she’s not alone. These eight artificial lakes and their campgrounds on the Tucannon River in the W.T. Wooten Wildlife Area between Dayton and Pomeroy are some of the most popular fishing spots in Southeast Washington.

Big changes are in store for this recreational destination, however. And people will need to stay informed to ensure not only that improvements planned at the lakes don’t conflict with vacation plans but also so they can be involved in the planning process.

The wildlife area, owned and managed by the Washington Department of Fish and Wildlife since the 1940s, averages 120,000 to 140,000 visitor days per year, according to the Wooten management plan.

The economic value of the Tucannon Lakes, maintained by the state to make up for lost fishing opportunities caused by the construction of the four Lower Snake River dams, is estimated at more than $780,000 per year.

Approximately 88,000 “catchable-sized” rainbow trout and more than 2,000 jumbo-sized rainbow trout are stocked by the Lyons Ferry and Tucannon hatchery complex into these lakes each year.

Nearly 80 percent come from the Tri-Cities; many others come from Dayton, Pomeroy, Walla Walla and other nearby communities.

But unless the state does something — and does it quick — these lakes will be in dire straits, according to Kari Dingman, assistant manager of the 16,000-acre wildlife area.

The condition and configuration of most of the eight Tucannon Lakes is an “ecological detriment to Tucannon River floodplain function and causes the need for nearly constant maintenance,” according to the Wooten Wildlife Area Floodplain Management Plan.

Six of the dams installed in the 1950s to create these lakes are in violation of the state Department of Ecology dam safety regulations.

Six of the lakes are filled by diverting water from the Tucannon River; only two are fed directly by springs.

Each lake retains sediment and must be periodically dredged.

And all of the lakes drain back into the river, potentially leading to increased river temperatures.

To alleviate these problems, the state is planning a major overhaul of the Wildlife Area and its lakes in the coming few years.

Fish and Wildlife has requested $16 million in state funds to pay for these major projects, to be used over the next six years.

Public support is being solicited, and Dingman said period meetings and information sessions will take place as the project progresses. The most recent of these meetings was in April.

“The management plan cannot be considered successful without the input, awareness and support of the public and our partners,” she said.

Work will begin next summer at Rainbow Lake, the largest and most popular spot in the Wildlife Area. It is also the most degraded and the most vital lake in the system because of its relationship to the neighboring Tucannon Fish Hatchery, according to Dingman.

In recent years, the buildup of sediment and vegetative growth has diminished the capacity of the lake, and trout stocking levels have been reduced.

Problems in the lake have not only reduced the amount of water available to the hatchery, it may be causing increased water temperatures in the spring and summer months.

It is uncommon currently for trout to carry over through the winter into the next spring because of high water temperatures in the lake.

And any increase in temperature of the river potentially caused by Rainbow Lake outflow is a concern because river temperatures are near upper limits of tolerance for salmonids, according to the Wildlife Area management plan.

If the lake were dredged and/or excavated to restore impoundment capacity and improve water quality for fish, it is not only possible that carry-over trout might survive to the next year, but water could be used for hatchery rearing year around.

This is especially important because the state is testing the idea of rearing endangered spring Chinook as a future production option at the Tucannon Fish Hatchery, according to the management plan.

So in its first step toward improving the chain of Tucannon Lakes, the state will drain Rainbow Lake next summer and make a number of changes to the size and shape of the lake.

Changes proposed for Rainbow Lake include:

Once work at Rainbow Lake is complete, the state will begin mitigation at the remainder of the lakes.

Big 4 Lake, currently the only fly-fishing-only lake in this part of the state, will likely be closed. Another of the seven lakes will be set aside for fly fishing, Dingman said.

The state will look into tapping nearby springs for water rather than pulling from and putting into the Tucannon River.

And planners will look for ways to lower the lakes, so dams can be shorted to fall outside of Department of Ecology regulations and vegetation might be retained for vital wildlife habitat.

Lakes will be dredged, shorelines changed; large woody debris will be added to the Tucannon River to slow the water and create pools and other fish habitat.

Several campgrounds are being relocated outside of the floodplain, and the state is considering an overhaul at Camp Wooten, the environmental learning center in the Wildlife Area that is popular among most of the schools in the region.

Roads, bridges and culverts may need changing, but no specific projects have been proposed yet except those associated with the lakes projects.

Also up for consideration is what to do with the Columbia Rural Electric Association power line that runs straight through the Wildlife Area to Camp Wooten.

A tree falling on this exposed power line led to the School Fire of 2005, which burned about 81 square miles, and Columbia REA was sued by the state for damages.

A clear-cut along the power line up to one and a half tree length on each side, which is what Columbia REA has said they will need to maintain to prevent future wildfires, would mean a clear-cut 300 feet wide along the entire eight and a half miles, crossing the river several times, “thus destroying large portions of the riparian zone of the Tucannon River,” according to the state.

Burying this line would prevent such devastation from happening again and would reduce maintenance of the line, according to the management plan.

POMEROY — The public for the next 10 days can comment on the environmental significance of plans for mitigation and improvements in the W.T. W…