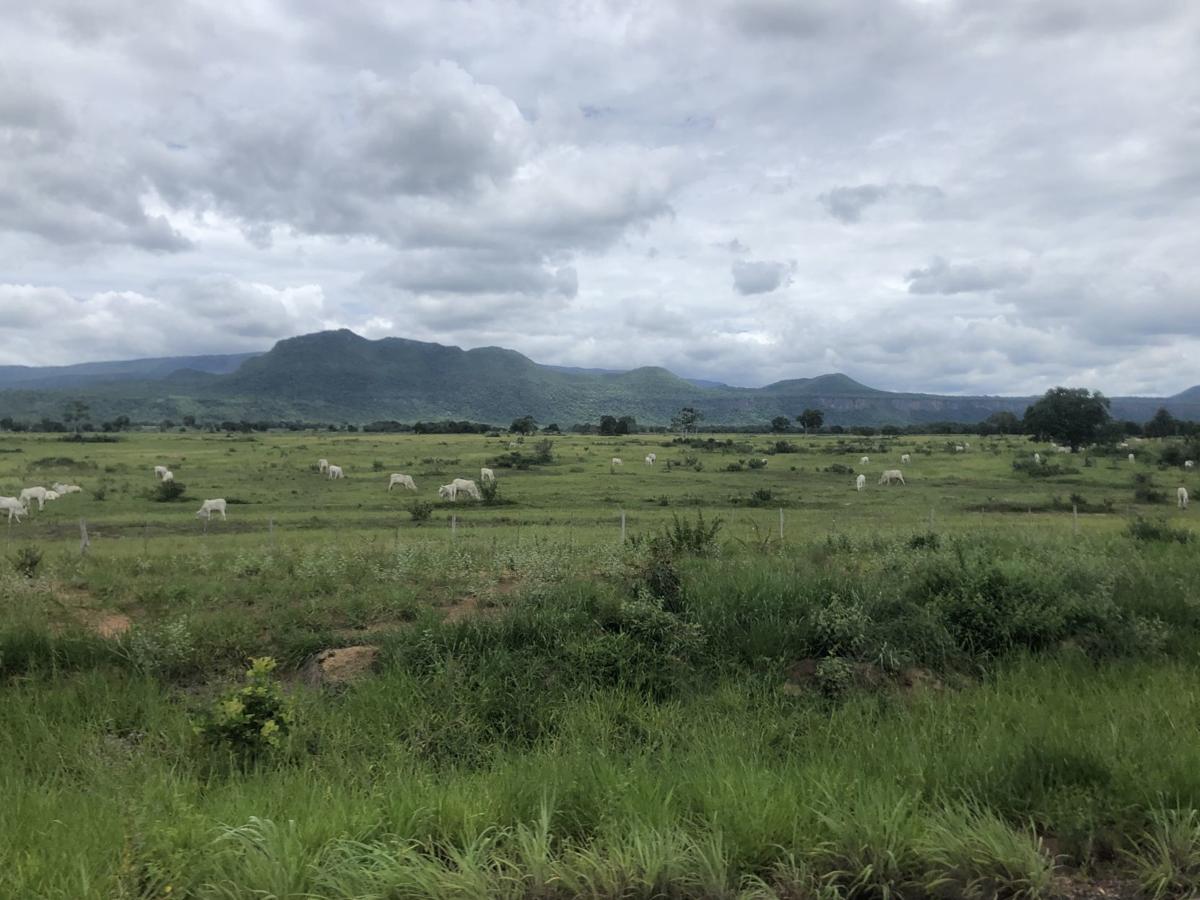 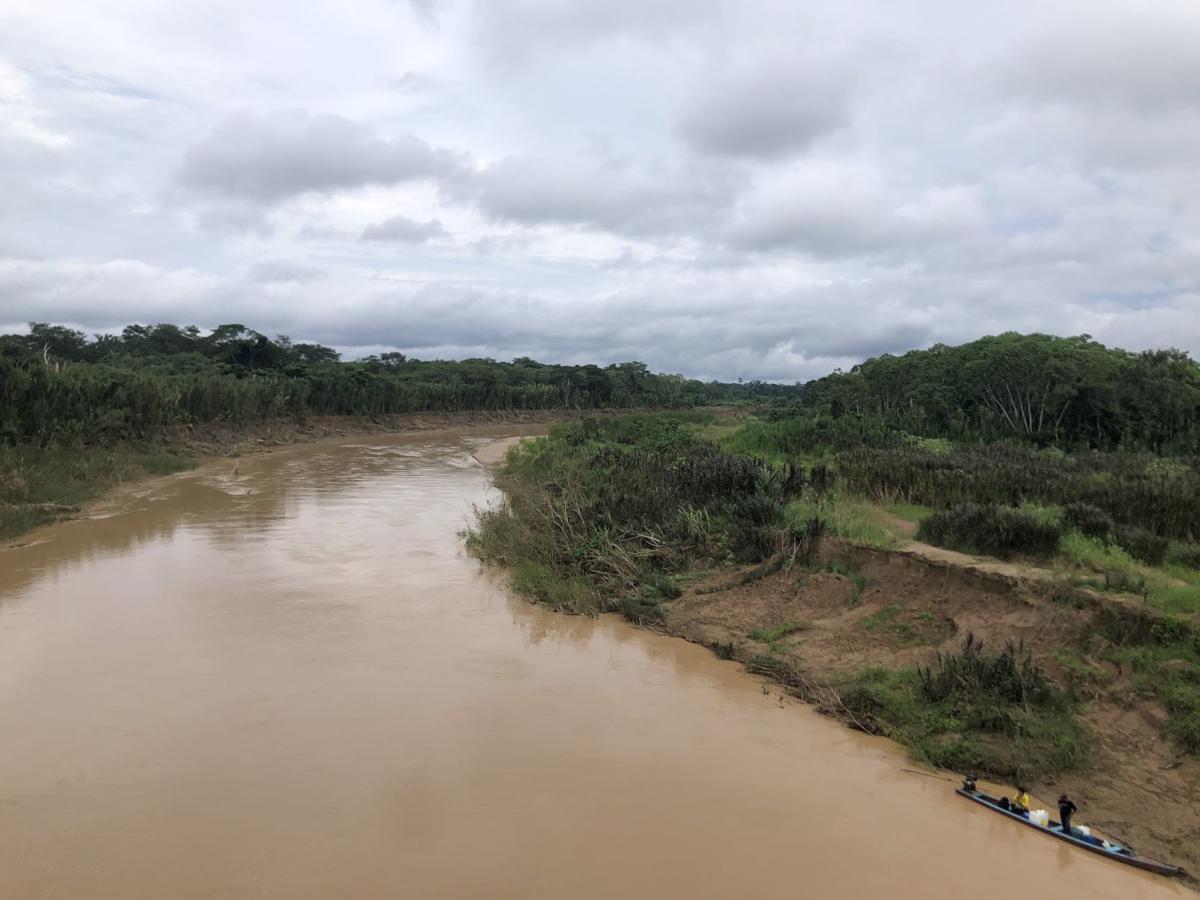 The Acre River that forms the border between Iñapari, Peru and Assis, Brazil. 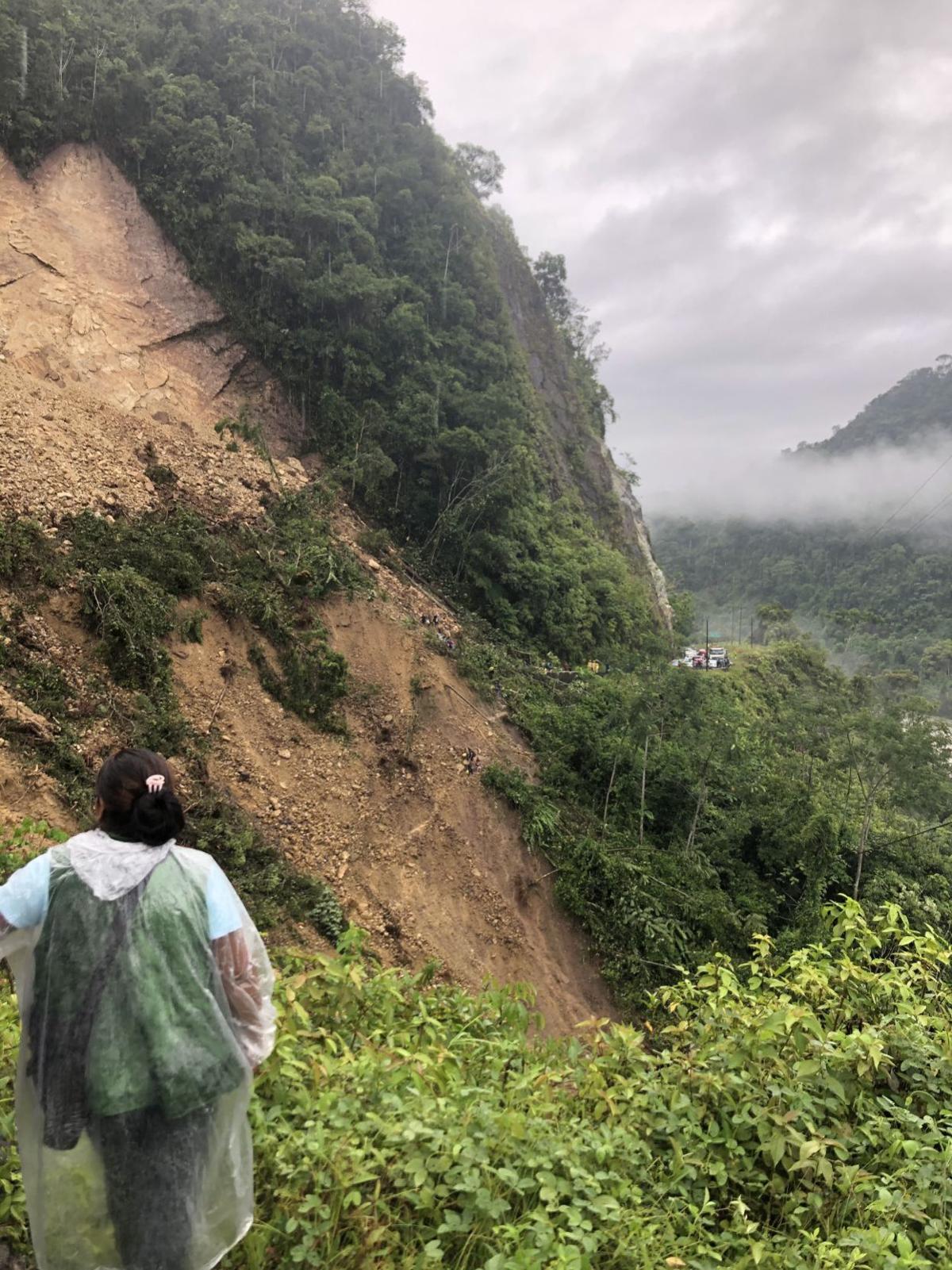 A massive landslide blocks the roadway between Cusco and Puerto Maldonado, Peru. 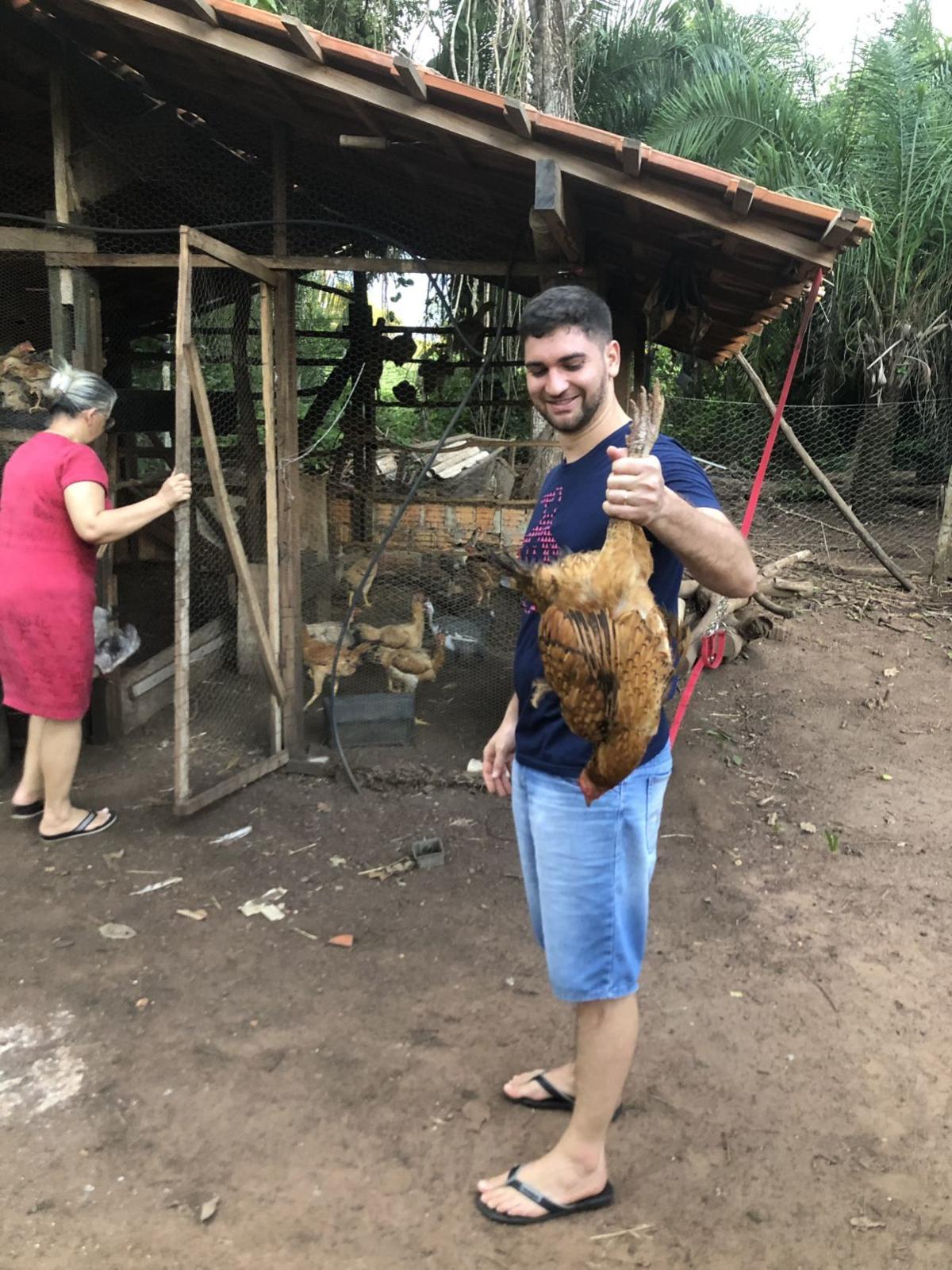 Wilker sizing up a hen at his family’s sitio. This one got returned to the flock. 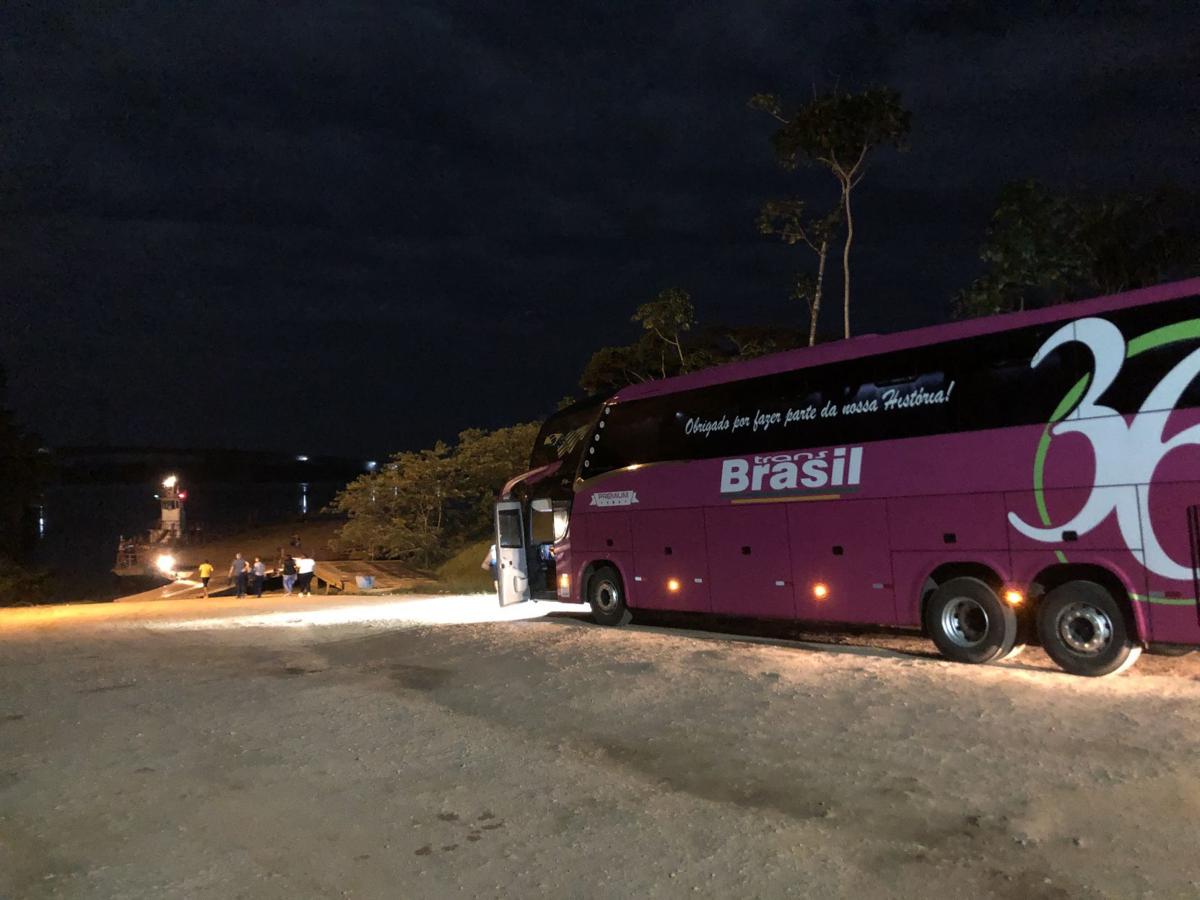 One of the many buses the author took in Brazil. Here, he’s waiting to take the barge to cross the Madeira River.

The Acre River that forms the border between Iñapari, Peru and Assis, Brazil.

A massive landslide blocks the roadway between Cusco and Puerto Maldonado, Peru.

Wilker sizing up a hen at his family’s sitio. This one got returned to the flock.

One of the many buses the author took in Brazil. Here, he’s waiting to take the barge to cross the Madeira River.

It was a Tuesday night in early February when I boarded the bus in Cusco, Peru.

A familiar thrill gripped me as I began this final leg of the journey.

I was headed for Acre, a small state in Brazil that most Brazilians, jokingly, say doesn’t exist.

Located at the extreme western edge of Brazil’s Amazon, just getting there is an ordeal.

We soon crested the pass on South America’s interoceanic highway at the eastern rim of the Peruvian Andes.

I slept fitfully as we began the curvy descent down the back side.

Morning broke the next day in a dim tropical downpour as our bus rolled to a stop somewhere along highway PE-30C between Quincemil and Mazuko, a gold-rush frontier town in Peru’s Madre de Dios department.

An impasseThe swollen river below us churned an angry brown.

The ominous hissing blast of the parking brake signaled a delay, which was confirmed when the diesel bus engine released a final shudder, then went silent.

About an hour later, the rain slowed and I stepped out to investigate.

My heart sank as I walked around the bend and saw what was blocking our way.

A massive landslide of rocks, mud and trees slumped from high on the precipice down to the river’s edge below, smothering the two-lane roadway in its path.

A couple dump trucks and front-end loaders arrived mid-morning and began picking away at the edge of the slide, mere ants against the sheer scale of the rubble to be removed.

“It’s going to take two or three days before they clear that off,” said one of our fellow travelers as he climbed back on the bus from a reconnaissance mission.

I didn’t have enough drinking water or food for the rest of the day, let alone two or three days more. What was I to do?

A risky crossingBy noon, the rain had subsided, so I decided to abandon the bus, traverse the perilous slide on foot, and catch a taxi to continue the journey.

I battled my way across the unstable scree with others from the bus, arriving muddied but unscathed on the other side.

I continued on to Puerto Maldonado, then another four hours by minibus from there to the border town of Iñapari, Peru.

Night had fallen by the time I finally crossed the bridge over the Acre River and entered the Brazilian town of São Francisco de Assis — known simply as Assis — in Acre.

Changes in BrazilAs I looked around the next morning, I saw what I would have seen a mile away in Peru or in neighboring Bolivia: the same tropical rainforest, the same brown river, the same black vultures wheeling against an overcast sky.

But I was now in Brazil, a new land under a different paradigm and with a different language.

Brazil is a brash place, the big brother on the continent — more streamlined, more predictable.

It’s also more affluent and commercialized, but more frenetic than its neighbors.

There were fences on the wide-open fazendas in rural Brazil to keep the cows in.

But in the cities I noticed that most homes were also surrounded by high walls bristling with razor wire, broken glass or live electric wires to keep intruders out.

Federal institutions like banks and social services were prominent, even in the frontier town of Assis, and Mom and Pop were replaced by large national grocery chains and box stores.

A cross-section of western BrazilOver the next two weeks, I traveled 3,400 kilometers by bus to reach Brasilia, stopping in cities and towns along the way to visit friends old and new.

I saw large cattle ranches wrested decades ago from the original rainforest and planted to grass.

Herds of white Brahman cattle dotted the gentle green hills, supplanting the tapirs, jaguars and myriad other fauna that once prowled the forest.

Our bus crossed the Madeira River on a barge in Rondônia, a state named after Brazilian military Marshal Cândido Rondon who, together with former U.S. President Theodore Roosevelt, explored the region more than 100 years ago.

At bus stops I ate large pão de queijo rolls — chewy cheese bread made from tapioca flour — with coffee. The syrupy sweet coffee was always served in small plastic or glass cups, only half full.

I learned to ask for an “extra full” cup; sometimes it was granted.

In Mato Grosso, I noticed more hills than in the lowlands farther north in the Amazon. All the landscapes were a lush green, except where gashed to reveal the rust-red soil underneath.

In Rondonópolis, my friend Wilker, a lawyer, took me to his family’s sitio, a cabin in the countryside where the family relaxes on weekends.

His father, also a lawyer, slaughtered a hen which we enjoyed with our rice and beans later that evening.

TerminusI crossed the final savannah and arrived in Brasilia mid-February, six weeks after I had left home, and after two weeks in Brazil.

This was the first time I had been in the capital during the rainy season and it was delightfully green, not so hot.

As I packed my bags for the last time, I refolded the woolen clothing that I hadn’t worn since leaving the Peruvian altiplano.

Gifts from beloved friends were tucked in the corners of the bag, which still bore muddy marks from crossing the landslide.

And wedged in there was also a pair of Brazilian flip-flops, among the best in the world.

When they wear out, I’ll know it’s time to return.

Paul Froese is a Walla Walla native. He works as a freelance writer for agriculture businesses and as a Spanish-to-English translator. He has many fond memories and close friends from across South America. Email him at paul.froese@outlook.com.