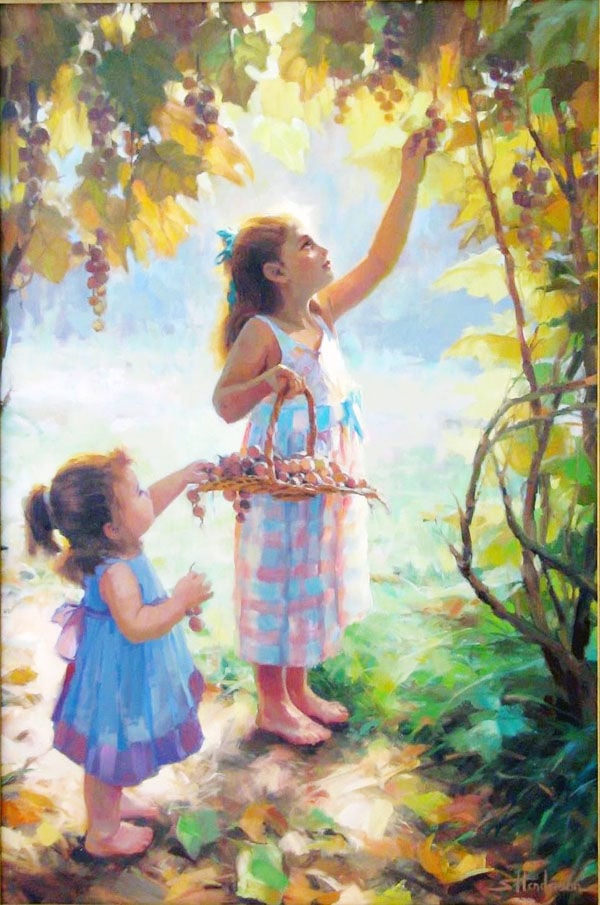 Girls share their bounty in “The Harvesters,” a painting by Dayton artist Steve Henderson. As a community we are essentially a family, and as a family we share a message Dayton’s Wenaha Gallery is communicating as it conducts a food drive for the community food bank through January. 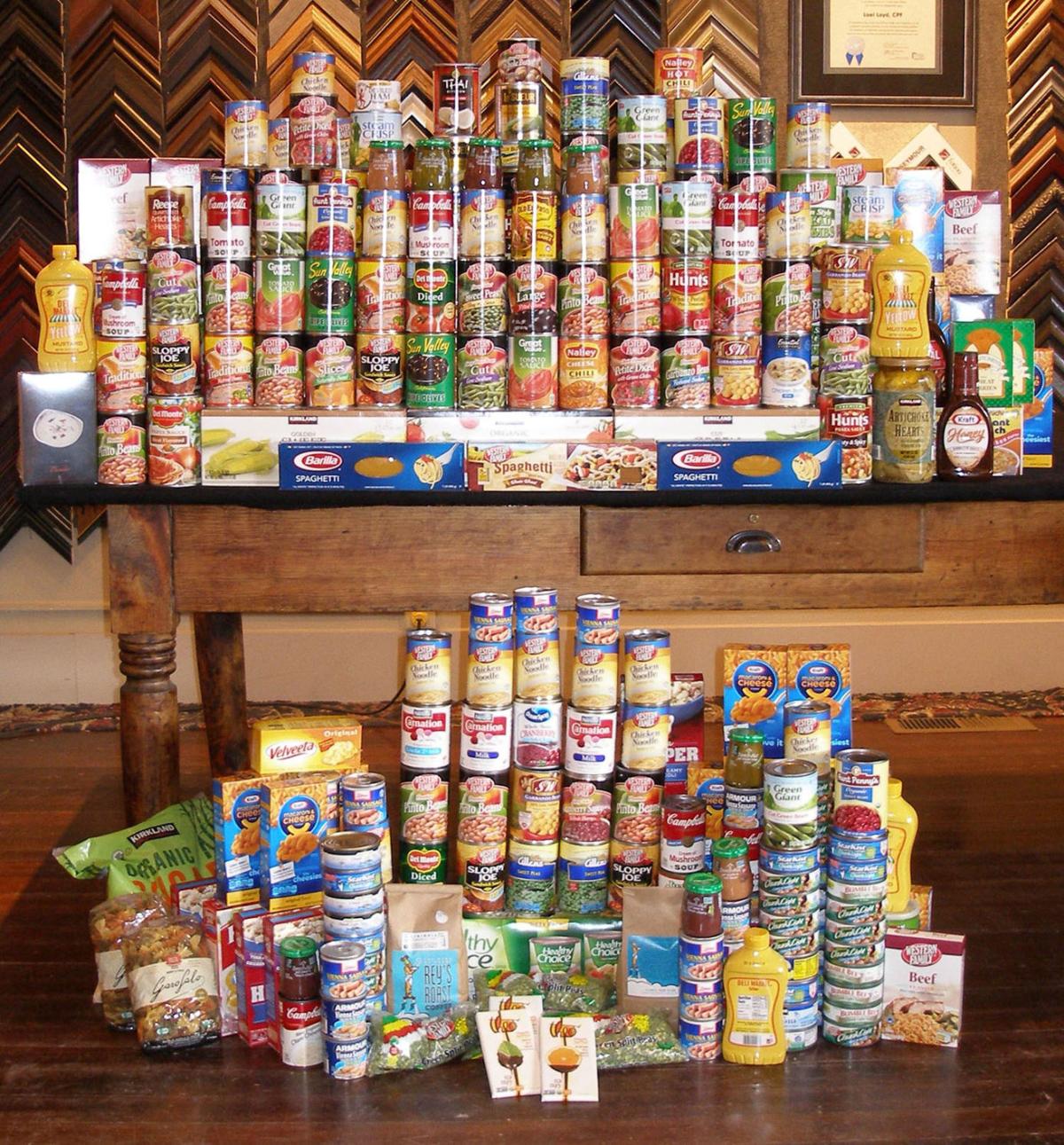 Donated nonperishable foods are arranged in a display at Dayton’s Wenaha Gallery, which is conducting its annual food drive through Jan. 31 to support the community food bank.

Girls share their bounty in “The Harvesters,” a painting by Dayton artist Steve Henderson. As a community we are essentially a family, and as a family we share a message Dayton’s Wenaha Gallery is communicating as it conducts a food drive for the community food bank through January.

Donated nonperishable foods are arranged in a display at Dayton’s Wenaha Gallery, which is conducting its annual food drive through Jan. 31 to support the community food bank.

And while there are other, more expressive ways of voicing this observation — some singularly inappropriate for a family newspaper — the intimation is the same: people lose their jobs, get sick or have an accident, resulting in life not going on the way it did before.

When we learn of another’s pain, our common response as decent human beings is to feel a sense of sympathy, sometimes going beyond this to see what we can tangibly do to help our fellow humans in their distress. After all, we realize, the unexpected blows of life can hit any of us, at any time.

But sometimes, in our effort to keep our own world secure and safe, we probe and parse the issue:

“I bet he was texting too much at work. Maybe a little alcohol problem there, too, eh?”

“I heard she smoked a lot when she was younger. It was lung cancer, wasn’t it?”

“All those kids in the car making noise — it’s a clear case of distraction and not paying any attention. Distracted driving is against the law in this state.”

And then, once we imagine a possible cause unlikely to mirror one in our own experience, we’re off the hook when it comes to feeling compassion because, really, the person sort of “deserved” what they got. It’s tempting to assign a mental number to the tragedy — with 1 accorded very little sympathy because the person acted foolishly and should have foreseen the consequences, and 10 scoring high because the tragedy was in no way the person’s fault.

But there are problems with this natural tendency to sort through our world and make sense of it by classification, notably:

1. We are not gods and we will never, ever know the full situation.

2. Because we are not gods, we chronically, consistently and masterfully make very human mistakes, many of which frequently do not — fortunately for us — result in our getting the desserts we “deserve.”

But sometimes they do.

A wise person once said that the criteria we use to judge others will turn around and be used thusly on us. If this is so, it is sensible to approach the misfortunes of others with compassion, understanding, thoughtfulness and empathy — reactions we ourselves embrace with relief when undergoing our own trials.

It is with this awareness that Pat and Ed Harri, owners of Wenaha Gallery in Dayton, started an annual canned food drive about a decade ago, with everything collected at the gallery during the month of January dedicated to the Community Food Bank in Dayton.

“We purposely chose January, because during the Christmas season there is so much focus on gift-giving and celebration that once you are over the seasonal holidays, people are almost burned out,” Pat explains. “But when it comes to helping people, this is a need that exists all year. And January can be a very cold, bleak month.”

The food drive regularly brings in some 500 pounds of food, spanning everything from tuna fish and diced tomatoes to artisan chocolate bars and organic sugar. The gallery collects it through the month and creates an artistic display, one that changes as new items are dropped off.

“We’ve had several people through the years who really get into the spirit of the giving,” Pat says. “They go shopping for our canned food event, and ask themselves, ‘What would I buy to put in my own cupboard?’ and that’s what they bring.”

Others burrow through their pantries and gather largesse. All leave off their wares with a sense of satisfaction and joy.

It’s fun — and humbling — to see what arrives each day, Pat adds, and by the end of the month, what starts out as a trickle winds up as a flood. Before food bank volunteers arrive to cart the food away, the gallery staff enjoys setting up the totality and taking a photo, adding with it their own warm wishes to fellow community members who are going through a tough time.

“The cans of food that people bring in are gifts, gifts to people in our community who are having a hard time and need encouragement from others,” Pat says. “I never cease to be amazed at the generosity of the people in this area.”

Carolyn Henderson is a freelance writer who co-owns Steve Henderson Fine Art and SteveHendersonCollections.com with her husband, Steve. She welcomes correspondence at carolyn@stevehendersonfineart.com.