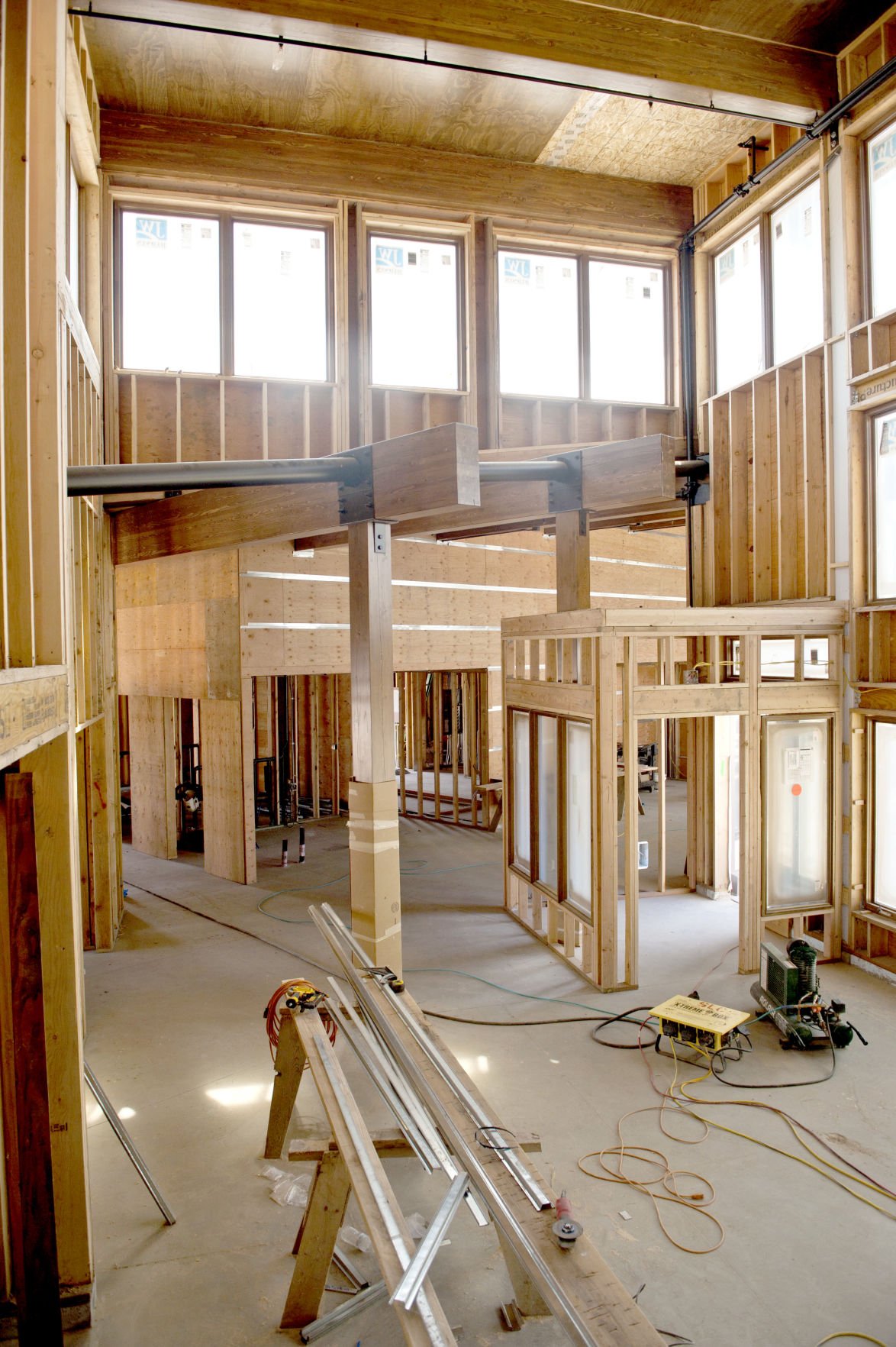 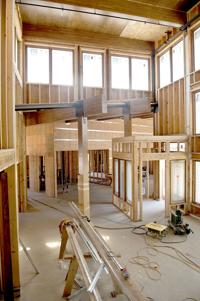 The new Eritage property atrium outside the guest rooms. 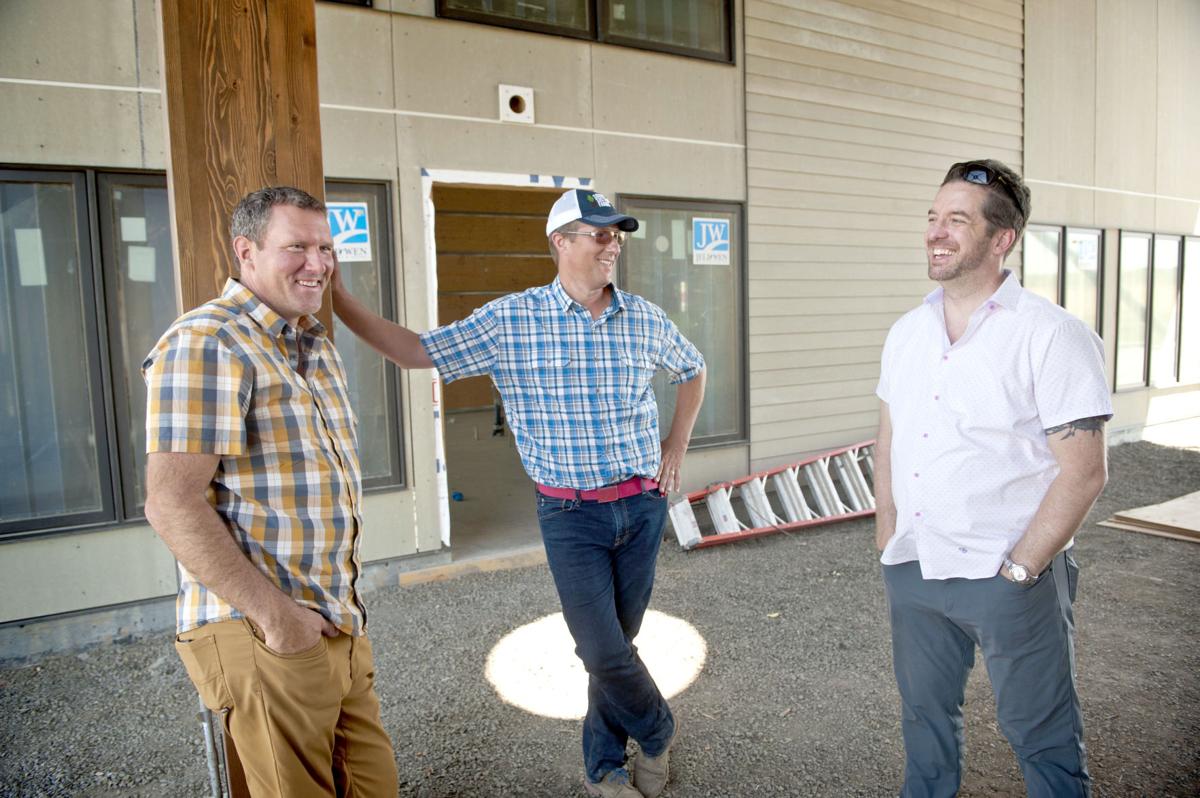 The new Eritage property atrium outside the guest rooms.

Tucked inside the rolling hills of wheat and vineyards a 10-minute drive north from downtown with views of the Blues, the new Eritage resort is the centerpoint of Walla Walla wine country evolution.

A dream that’s taken a decade to develop, the property continues to unfold as a destination for wine travelers and locals alike and, in the process, has grown into a place unlike anything else offered in Walla Walla. Possibly even the world.

Mackay’s El Gaucho team in partnership with James Beard Award-winning chef Jason Wilson will operate the Eritage resort as their first opportunity to create something new together under their Fire & Vine Hospitality brand.

The two joined Eritage founder Justin Wylie at the property for a walk-through Wednesday afternoon, between visits to local farms.

A bit about Eritage: Slated to open this fall, the multiphase development will start with 10 luxury guest suites and a main destination restaurant surrounded by 300 acres of rolling hills at 1282 Bergevin Springs Road.

The project was founded by Justin Wylie, owner and winemaker of Va Piano Vineyards, with financial support from California-based Business Growth Capital.

Development management has been provided by Scott Knox of Vista Ventures, while Fire & Vine Hospitality serves over resort services, dining and operations.

Wylie bought the property in 2007 from Gary Bergevin with the intent of planting vineyards. He reserved the lower area of the land for a future hospitality operation.

He built a lake that serves as an irrigation pond, but will also be a dynamic water feature for guests at the property. When he reached that point, he brought in Knox for help.

“I’m not a restaurateur,” Wylie said Wednesday. “We wanted a whole experience, but what were we going to do next?”

With 150 vineyard acres planted in an array of varietals for wineries such as Cakebread Cellars, Chateau Ste. Michelle and Duckhorn Vineyards, as well as numerous local wineries, the first fruit was harvested from the northern block last year.

Flying into town, the team from Fire & Vine was awestruck as they soared across the Snake River and then peered over an oasis in the Walla Walla Valley.

Everything from the trip into town to the food on the plate is intended to highlight the hyperlocal experience that can happen nowhere else but here.

For years Wilson has been sourcing produce and goods from Walla Walla farms for his west side restaurants — Miller’s Guild, The Lakehouse, and Civility & Unrest. The idea of finally using the food he gets from businesses like Frog Hollow Farms for his own venture in town has not been lost on him. But now it comes with another learning curve: planning for the seasonal changes that may be more embraced here than a bigger city.

That includes preserving and freezing and looking to adopt the philosophies of the locals in how they make the ingredients work.

“It’s really about the place,” he said. “What we can do to pay homage to the land.”

The area has already been a great source of inspiration. On a vineyard tour Wednesday, he and Mackay met an employee who grew up on a Montana ranch where he dreamily spoke of the pheasant pot pie his mom made after a day of shooting.

The story inspired the concept for a reinterpreted dish that can go right on the menu, Wilson said. “It does tell that story of the property,” he said.

That interaction embodies the goal of the operation, which is to embrace the community in every sense, Mackay said.

“It really started with Justin’s dream to have this here and his vision,” he said. “We want to treat that honorably and respectfully. It’s just the beginning.”

Mackay said the operation starts with a welcoming warmth upon arrival, because that’s what Walla Walla is intrinsically.

“We want it to feel like you’re coming into somebody’s home,” he said as he toured the framed out maze of suites, each with a patio or balcony.

The resort will have in-room fireplaces and a pool house. A grassy area will surround the lake, creating a spot for everything from local music performances to private celebrations. Ideally, Fire & Vine operators want it to serve the local community as much as anybody.

“We want people to say, ‘Let’s go to Eritage and kick back,’” he said.

That an international tourism market is expected to seek it out is yet another level of its draw, he said.

“I think this continues the evolution of Walla Walla as a wine destination.”