You are the owner of this article.
Edit Article Add New Article
Home
NEWS
OPINION
SPORTS
THINGS TO DO
CLASSIFIEDS
PRINT REPLICA
LIFESTYLES
VISITOR GUIDE
1 of 7 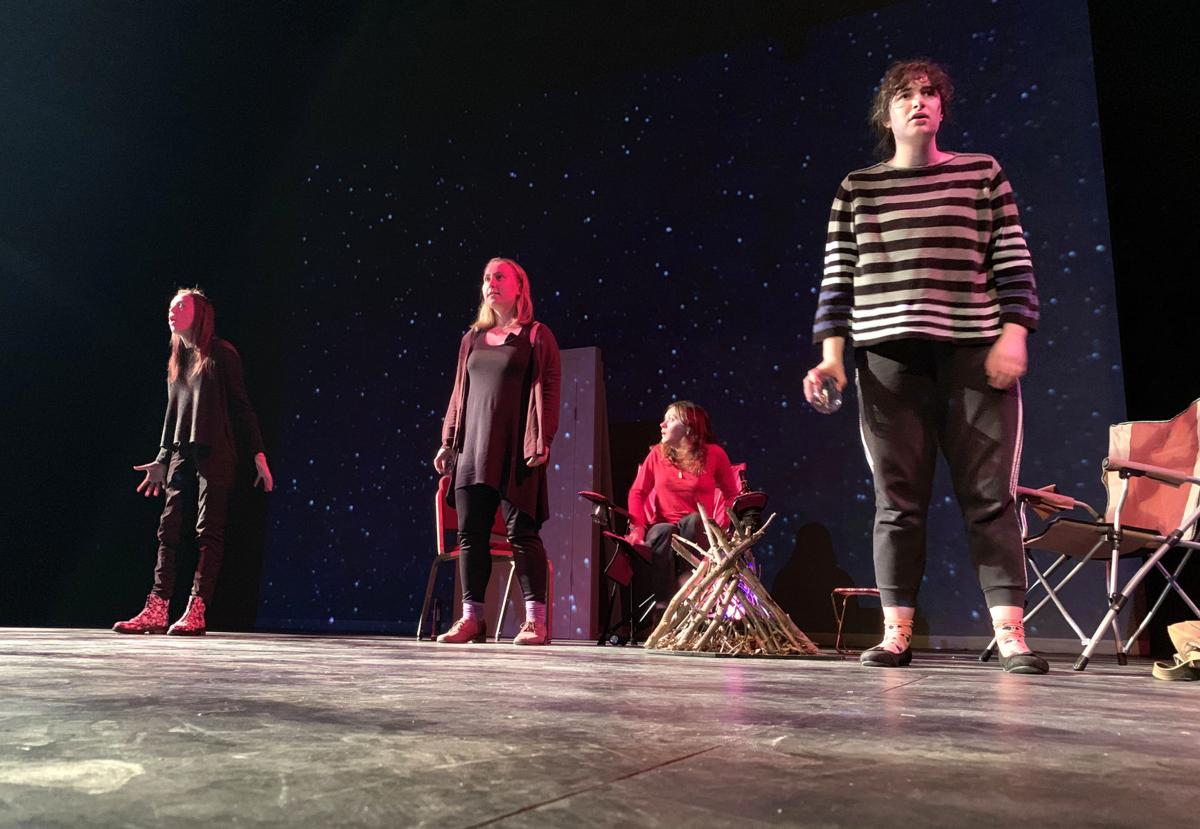 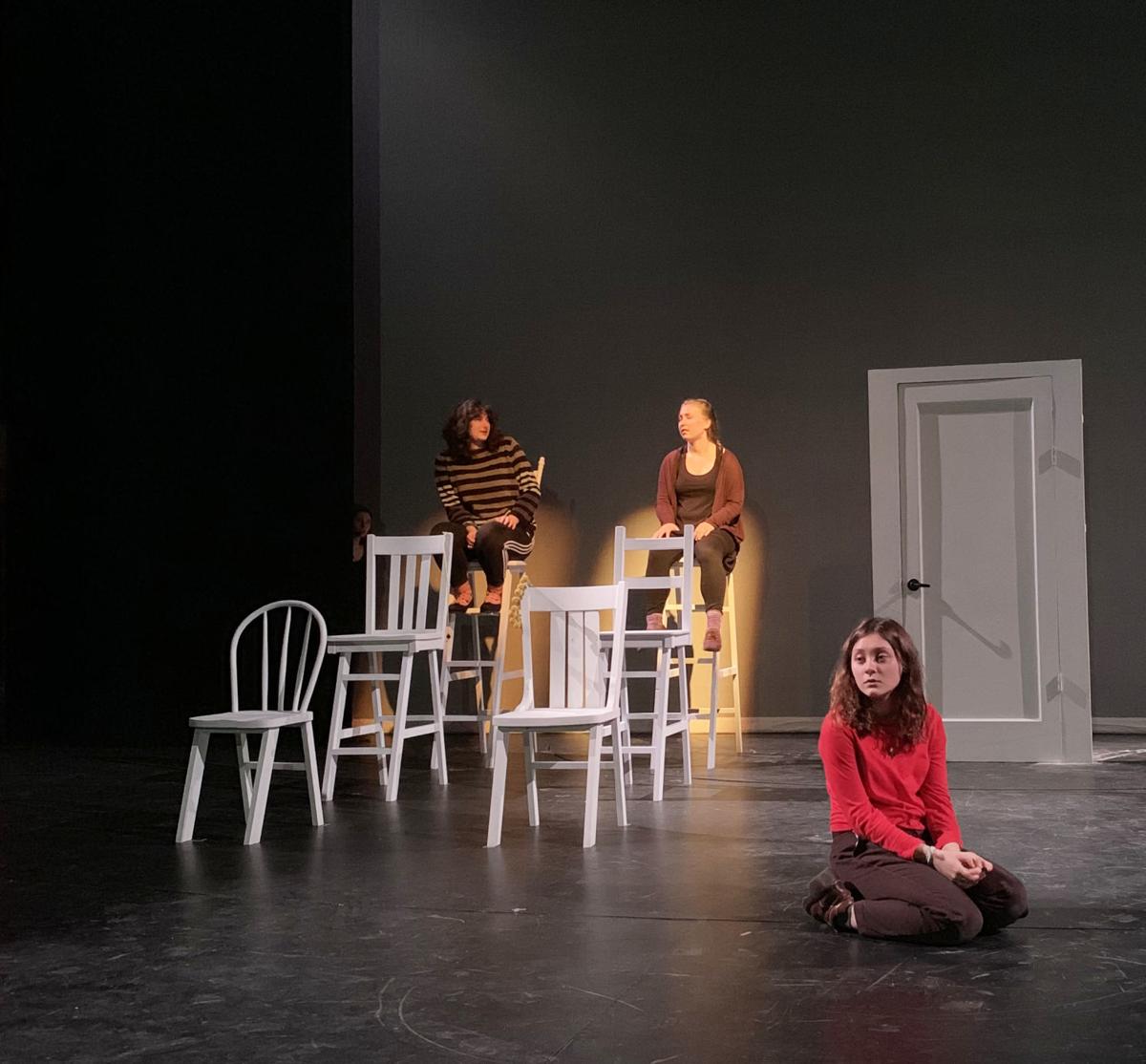 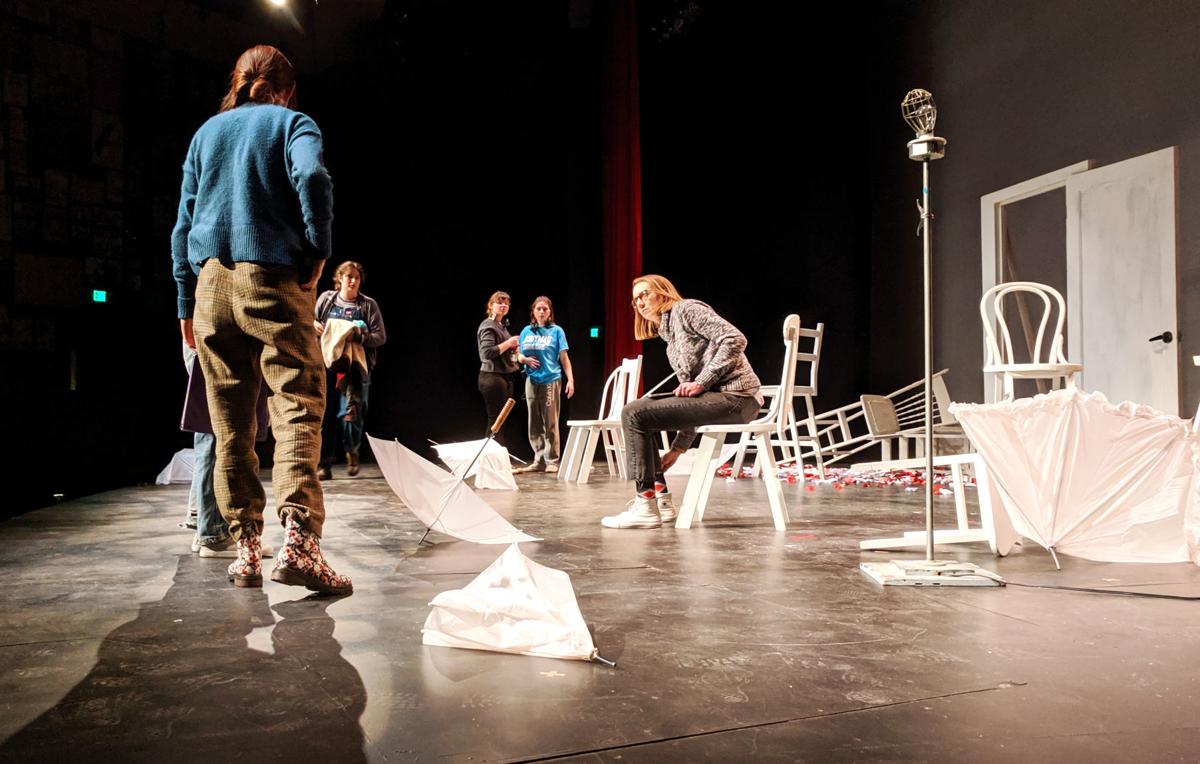 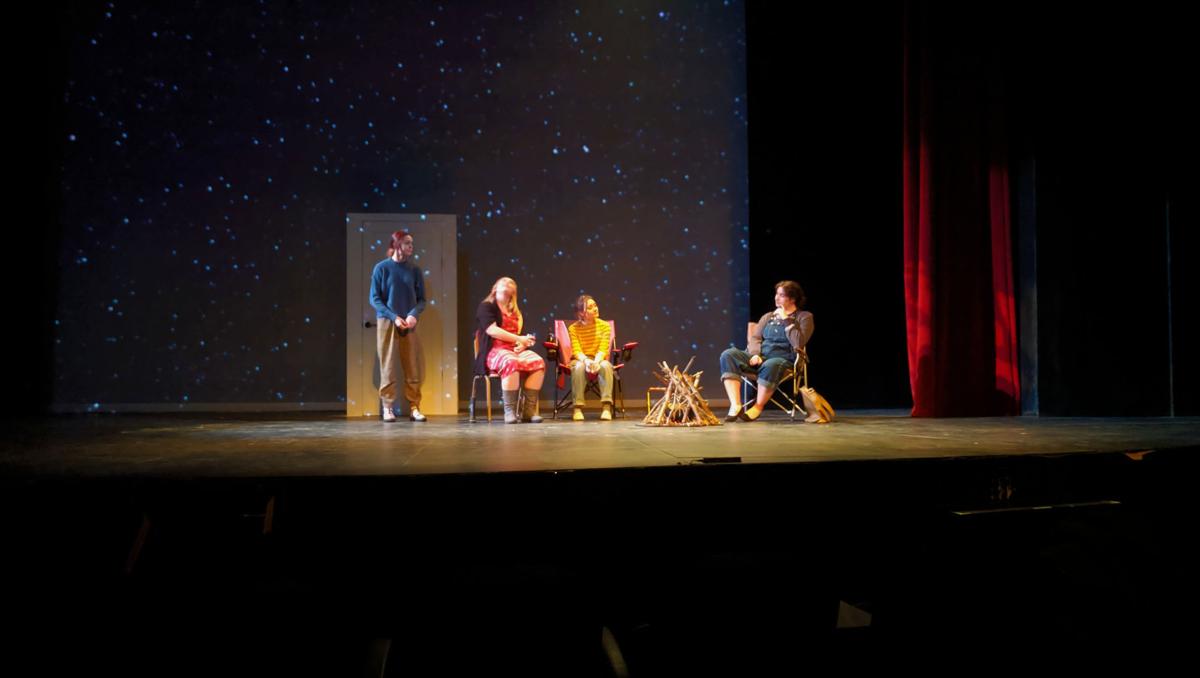 A projector is used to place the cast of “Ripe Frenzy” under a starry sky at a recent rehearsal for the play. 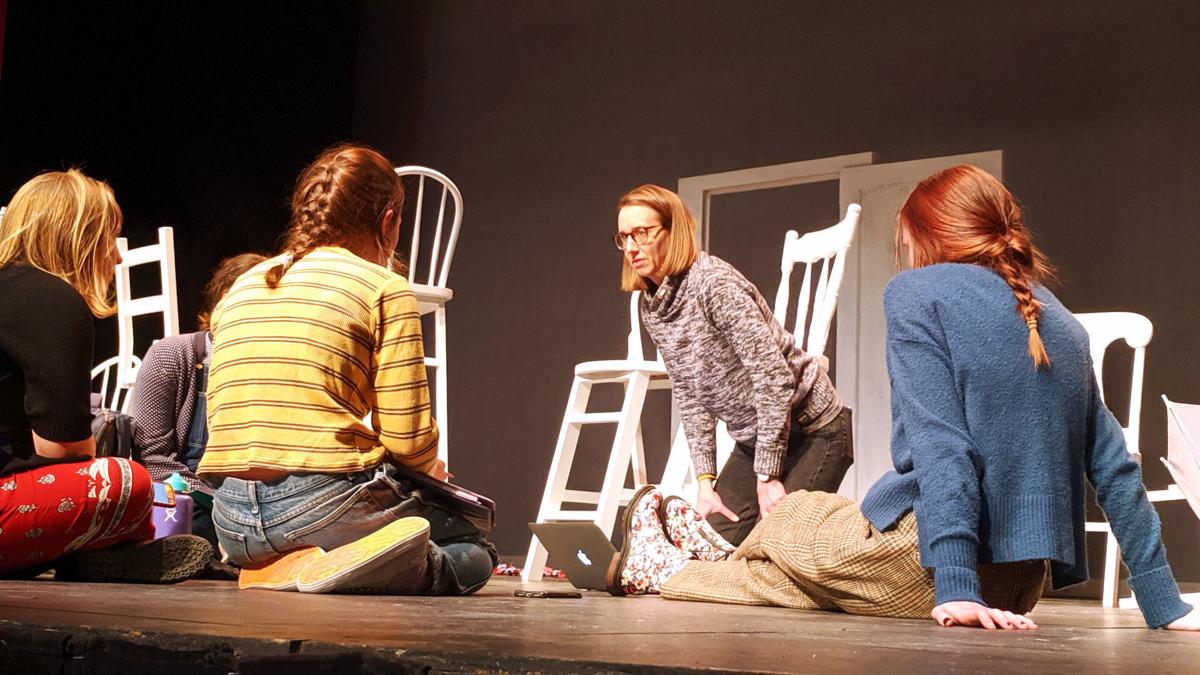 Emily K. Harrison (center) addresses her cast during a recent rehearsal for “Ripe Frenzy” at the Harper Joy Theatre. 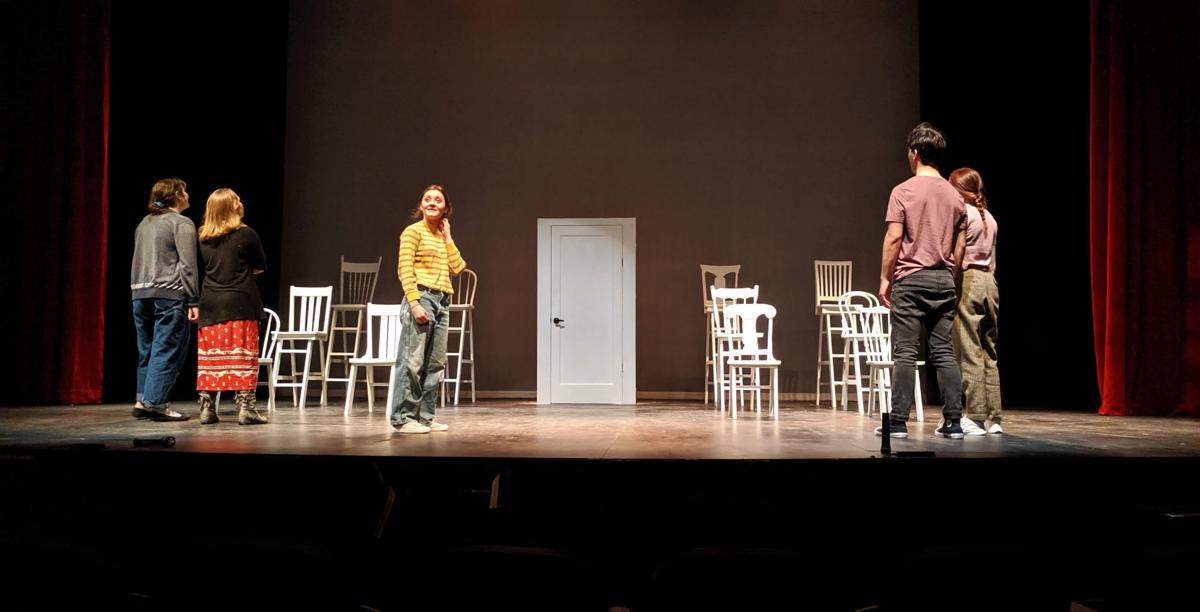 Lucy Evans-Rippy, right, at a recent rehearsal, stars as Zoe in “Ripe Frenzy.”

A projector is used to place the cast of “Ripe Frenzy” under a starry sky at a recent rehearsal for the play.

Emily K. Harrison (center) addresses her cast during a recent rehearsal for “Ripe Frenzy” at the Harper Joy Theatre.

Lucy Evans-Rippy, right, at a recent rehearsal, stars as Zoe in “Ripe Frenzy.”

There’s no getting around it — “Ripe Frenzy” is a play for our time. In fact, it’s a play for the Walla Walla Valley.

Written by playwright Jennifer Barclay, the show is being directed by Emily K. Harrison as the final fall production on tap for the Whitman College Department of Theater and Dance.

The play runs this weekend only with shows on campus at 8 p.m. tonight through Saturday and at 2 p.m. Saturday and Sunday at Harper Joy Theatre off Park Street.

The story takes place in a small town in upstate New York famous for its high school running the most productions of “Our Town” of any school ever.

The story focuses on three mothers as the town begins its production push, but one mother in particular, Zoe, begins to grow increasingly paranoid of her son’s reclusive behavior.

From there, the play dips in and out of the future, the present and the past as Zoe, played by sophomore Lucy Evans-Rippy, begins to explore the meaning of nature versus nurture and whether or not negative traits can be programmed out of her son.

“I think it’s an interesting play in that it does what theater does — it doesn’t provide a bunch of easy answers or solutions,” Harrison said.

Harrison is doing her second stint with Whitman as a visiting professor.

She is normally based out of Boulder, Colo., where she runs a professional theater company.

“It is not a play about gun rights or access to guns, it’s not about that,” Harrison said.

“And it’s not a play about mental health issues. ... It really is much more an exploration of whether or not we as people have any recourse to prevent these kind of situations from happening.”

Harrison is not shy about the topic and neither is the play.

There are words and phrases that may surprise some local audience members if they recall recent history here in the Valley: guns, manifesto, shooting threat, social media and the anniversary of Columbine.

“I feel like in this country, unfortunately, you kind of can localize it,” Harrison said of school violence, and she referred to the recent incident in College Place where a student was arrested for making threats to do a shooting at College Place High School on the anniversary of the Columbine attack.

“It’s unfortunate that there is that local connection but it’s not unusual, actually, at this point.”

There will also be community discussions following each evening performance and possibly Saturday’s matinee, time permitting.

The other local connection involves parenting.

Many on social media praised the efforts of the College Place mother who turned in her son after she found the threats written down in a journal. Still, there are always negative voices wondering, “how could you not have known?”

“There’s a lot of blame that goes toward parents,” Harrison said. “The reality is that you could be a very good parent and still not know everything about your child. Human beings are at times inexplicable.”

Evans-Rippy knows just how poignant her performance will be for some people. Evans-Rippy is a 19-year-old sophomore theater student from Los Angeles who has done professional acting gigs before, but this particular play is calling for her to dig to a new level mentally.

“Every time we do a run, I’m like, ‘here we go,’” Evans-Rippy said, noting that the play can be a little mentally exhausting for the actors. For Evans-Rippy, in particular, being a parent is a new thing.

“That experience has been really interesting,” Evans-Rippy said. “Knowing how my parents love me — and (I’ve been) drawing on that.”

Evans-Rippy also read “A Mother’s Reckoning” by Sue Klebold to understand Zoe’s mindset. Klebold is the mother of one of the Columbine shooters.

“We think this character (Zoe) is based on her,” Evans-Rippy said. “I read that and that helped a lot, and I watched a bunch of interviews with her too, and that was really helpful.”

The rest of the cast is rounded out by Ruby Daniel and Rose Heising, playing the other two mothers, Felicia and Miriam; Joshua Meiling playing two roles, including the “famous school shooter Brian James McNamara;” and Eva Sullivan also playing two roles.

The play features a number of multimedia elements used to create new scenes and portray unseen characters and build a surreal sense of someone’s mental state.

One moment in particular leaves the room in such a stunned silence you could hear a proverbial pin drop.

Harrison’s expert touch, Evans-Rippy’s fervent performance, a creative multi-sensory stage experience and the uncanny timeliness of the subject matter combine to make “Ripe Frenzy” an important, if difficult, play for residents of the Walla Walla Valley to take in.

Harrison likens school shooter drills to tornado drills she learned while growing up in Texas where she would hide under a desk. What was that going to do against a tornado?

“It’s similar because it’s this thing that’s gotten so out of control that it’s like, ‘what can be done about it?’” Harrison wondered.

Author’s note: There are no explicit depictions of violence in this play, but audience discretion is advised for thematic elements and adult language.

Cost: $12 for adults, $8 for students and seniors, free for Whitman students.