You are the owner of this article.
Edit Article Add New Article
Home
NEWS
OPINION
SPORTS
THINGS TO DO
CLASSIFIEDS
PRINT REPLICA
LIFESTYLES
VISITOR GUIDE
1 of 8 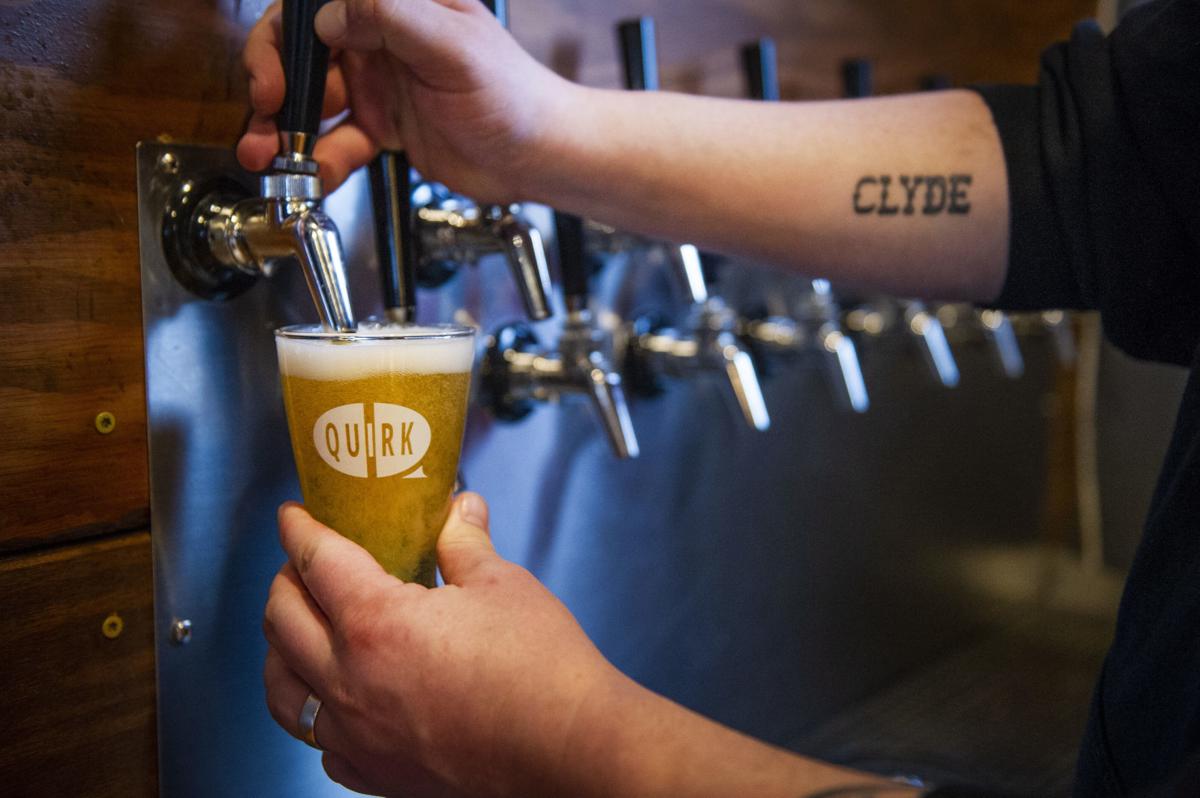 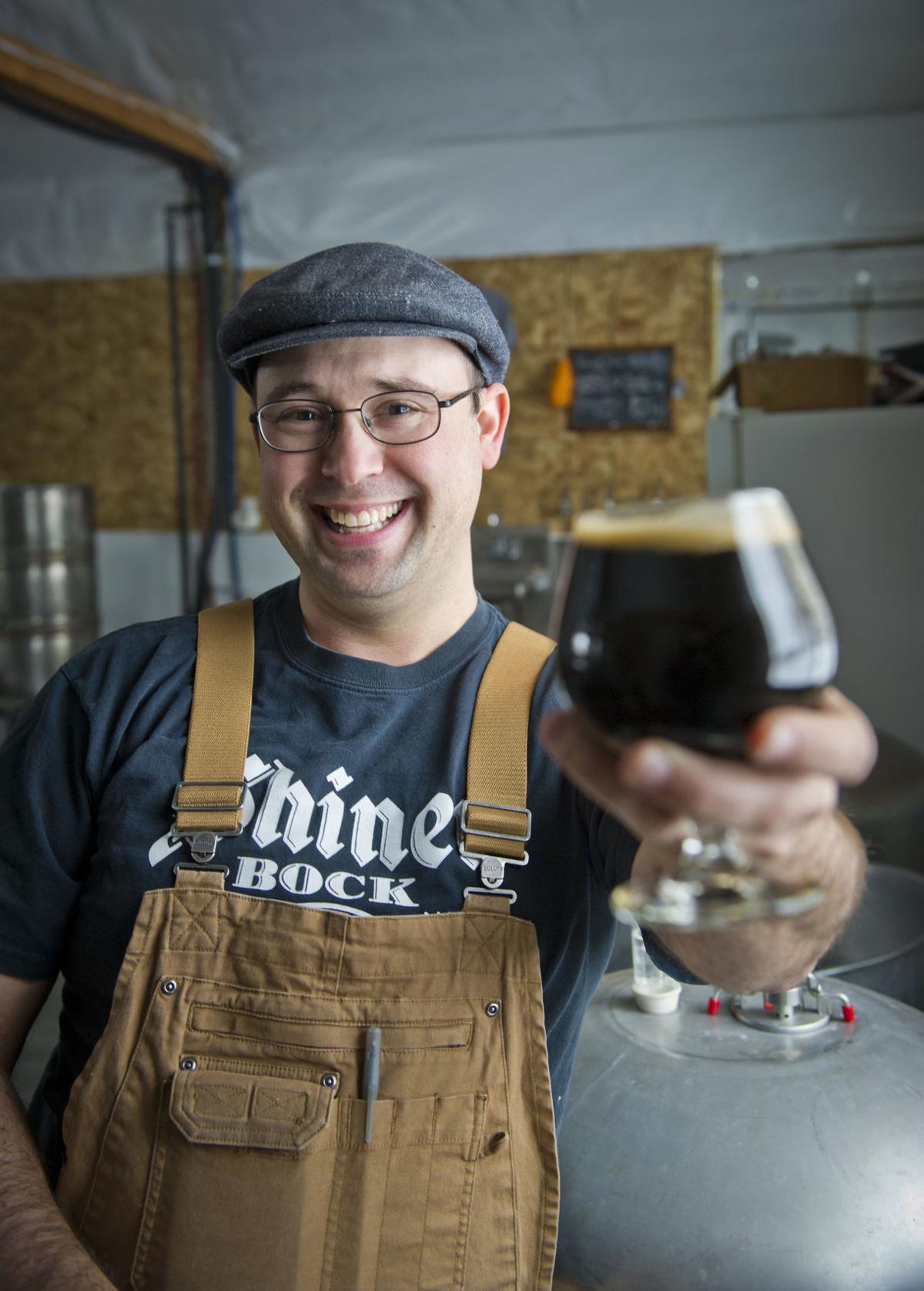 An Oatmeal Stout and a Solid State Pilsner at Quirk Brewing. 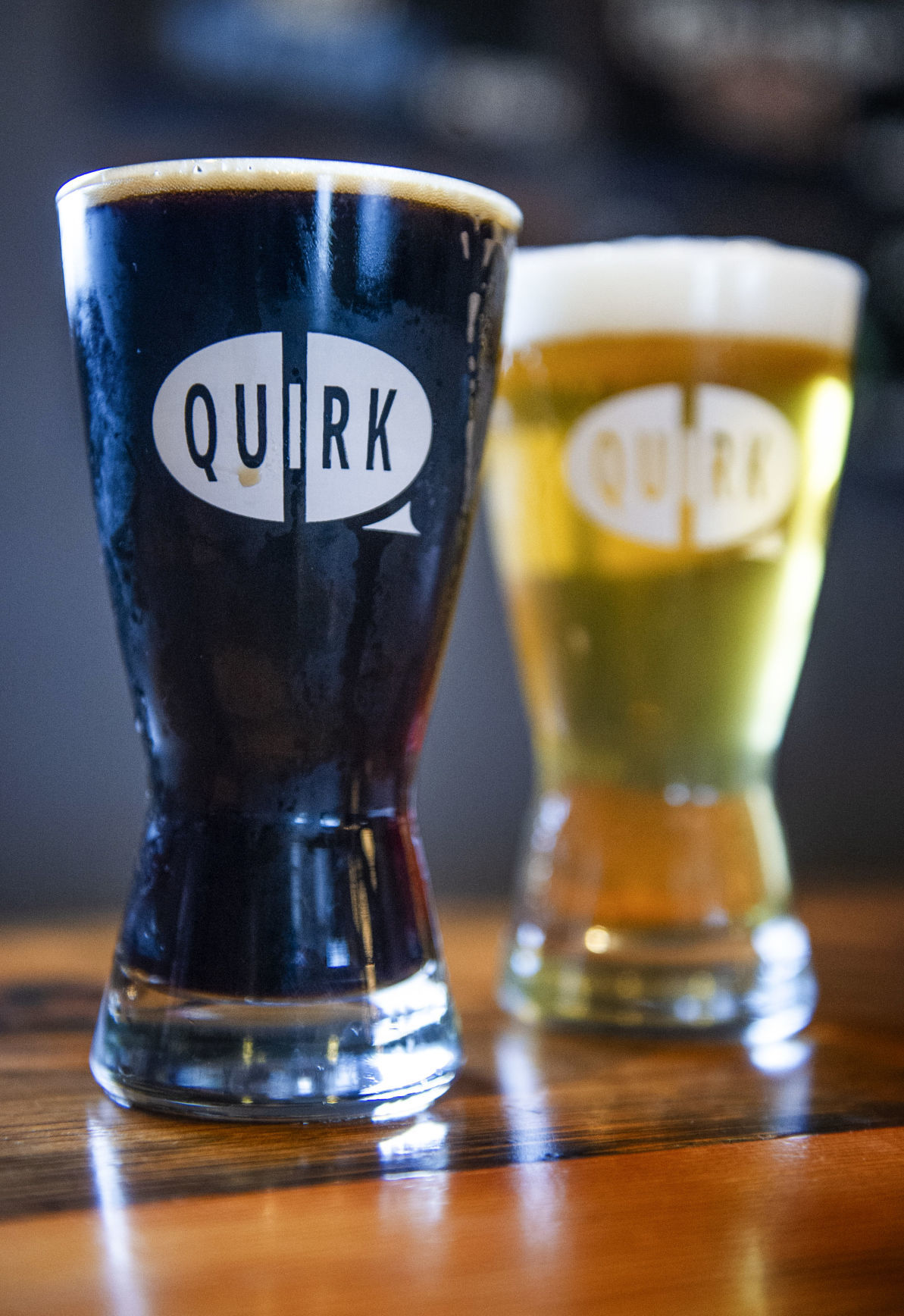 Oatmeal Stout and a Solid State Pilsner at Quirk Brewing. 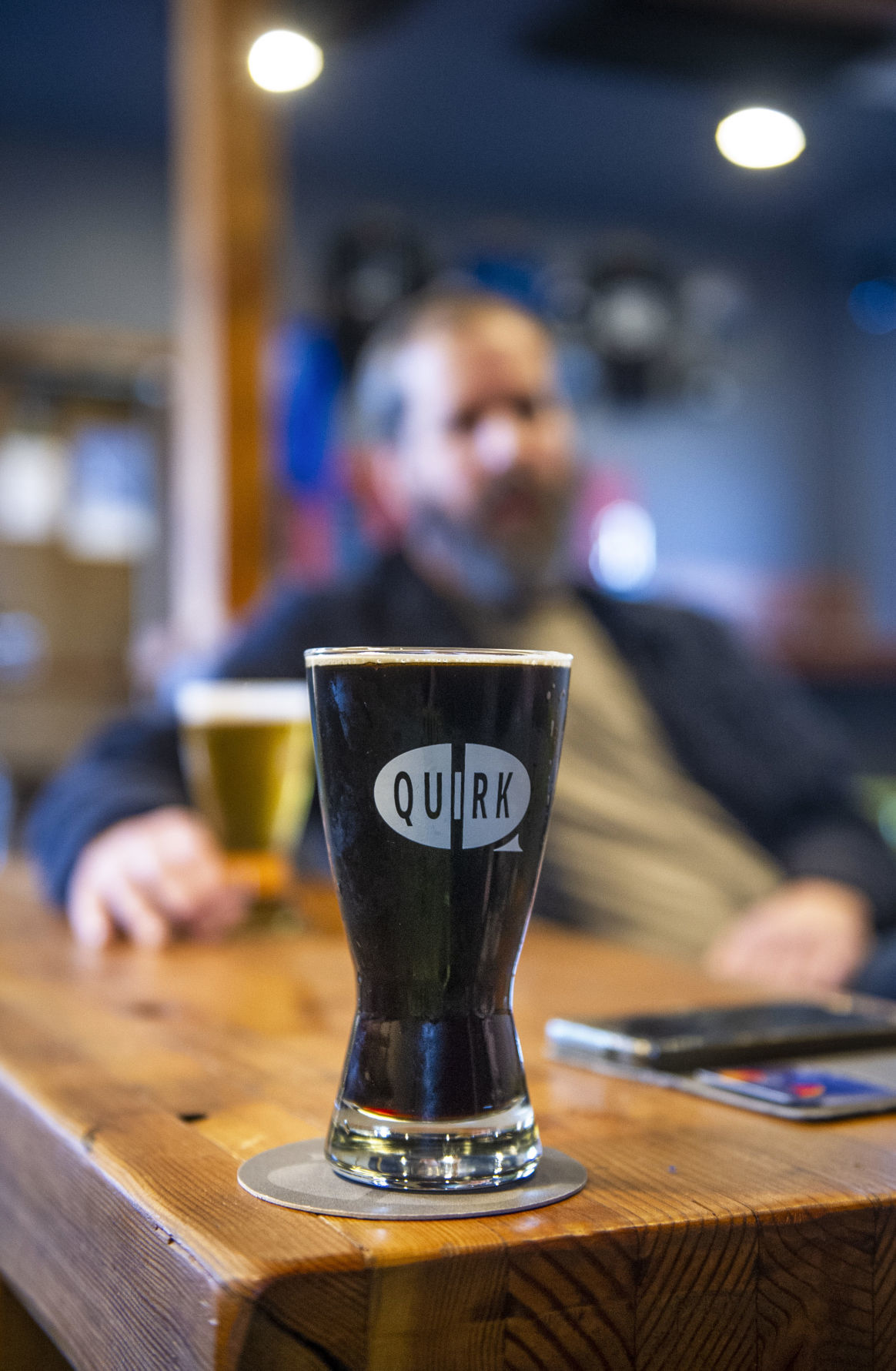 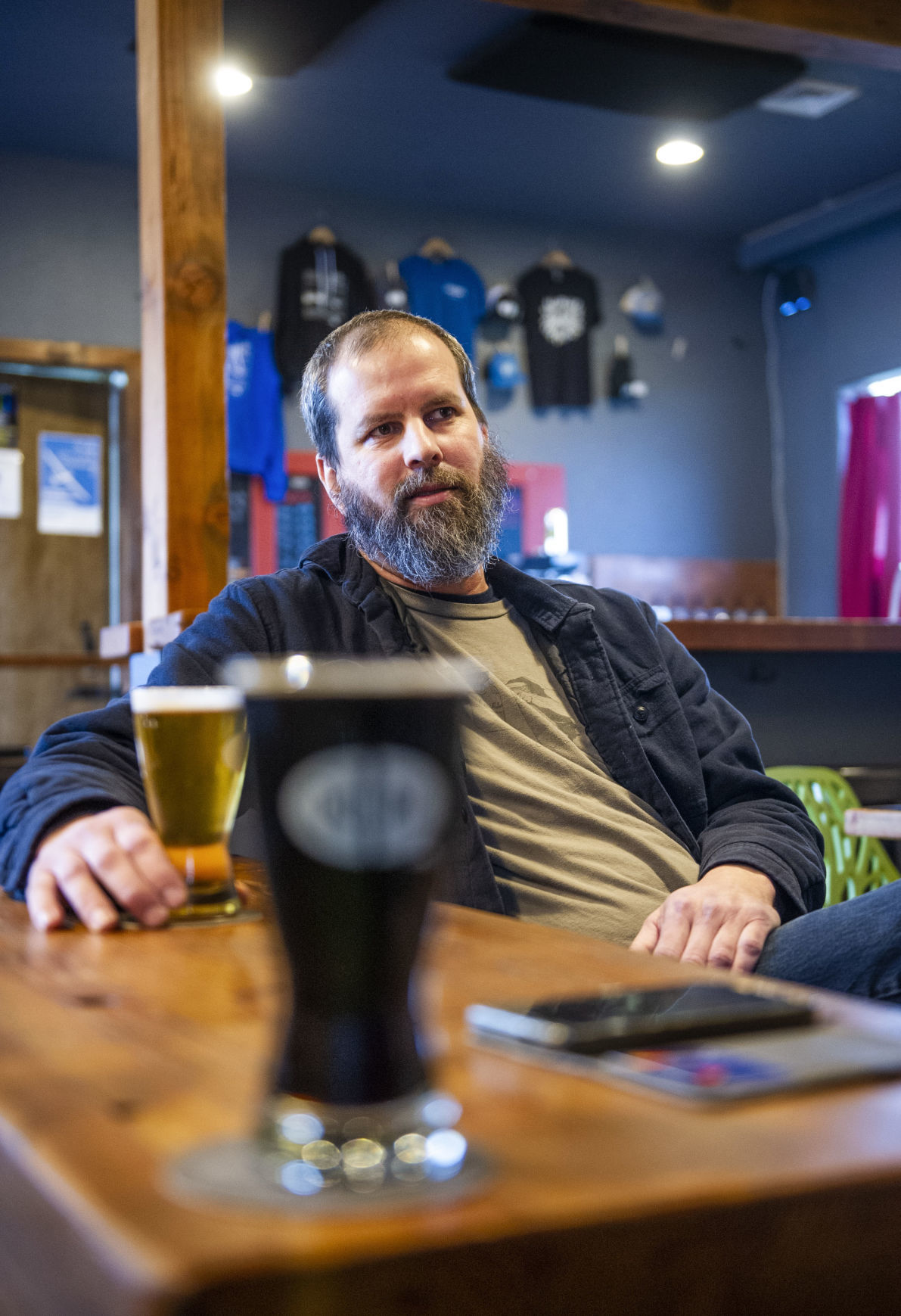 Troy Robinson at Quirk Brewing recently with a Solid State Pilsner and an Oatmeal Stout. 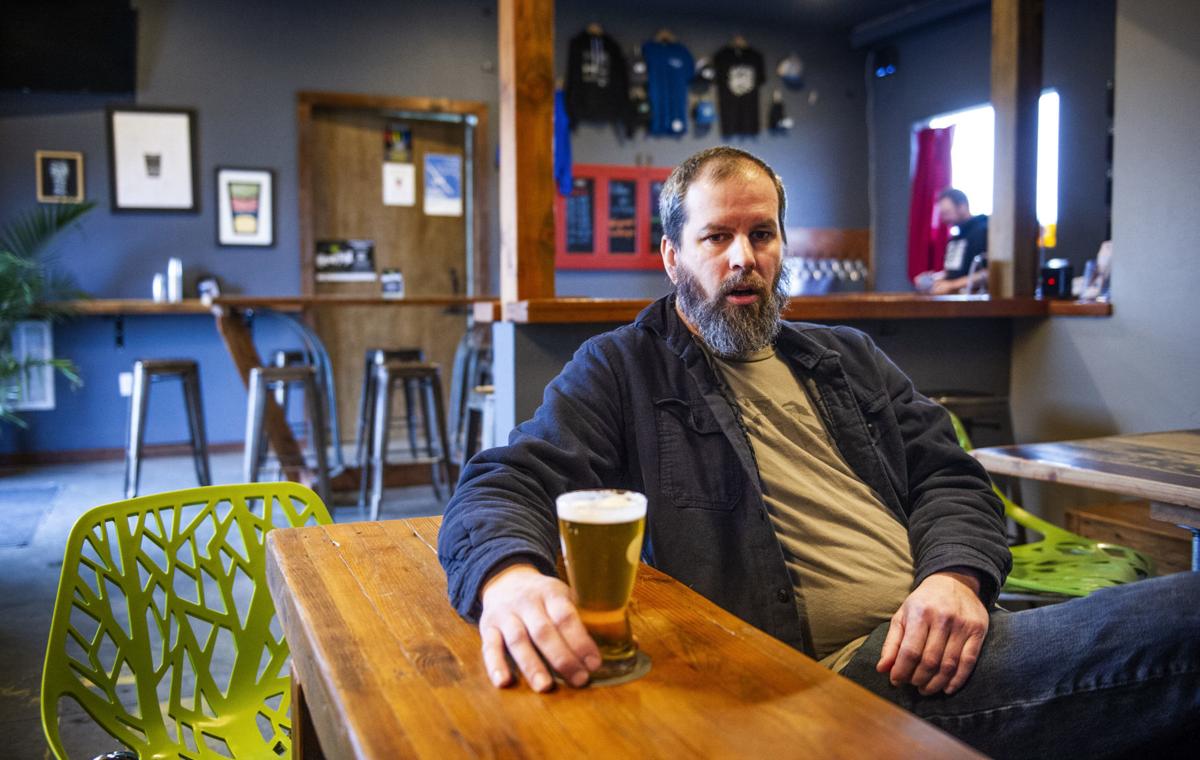 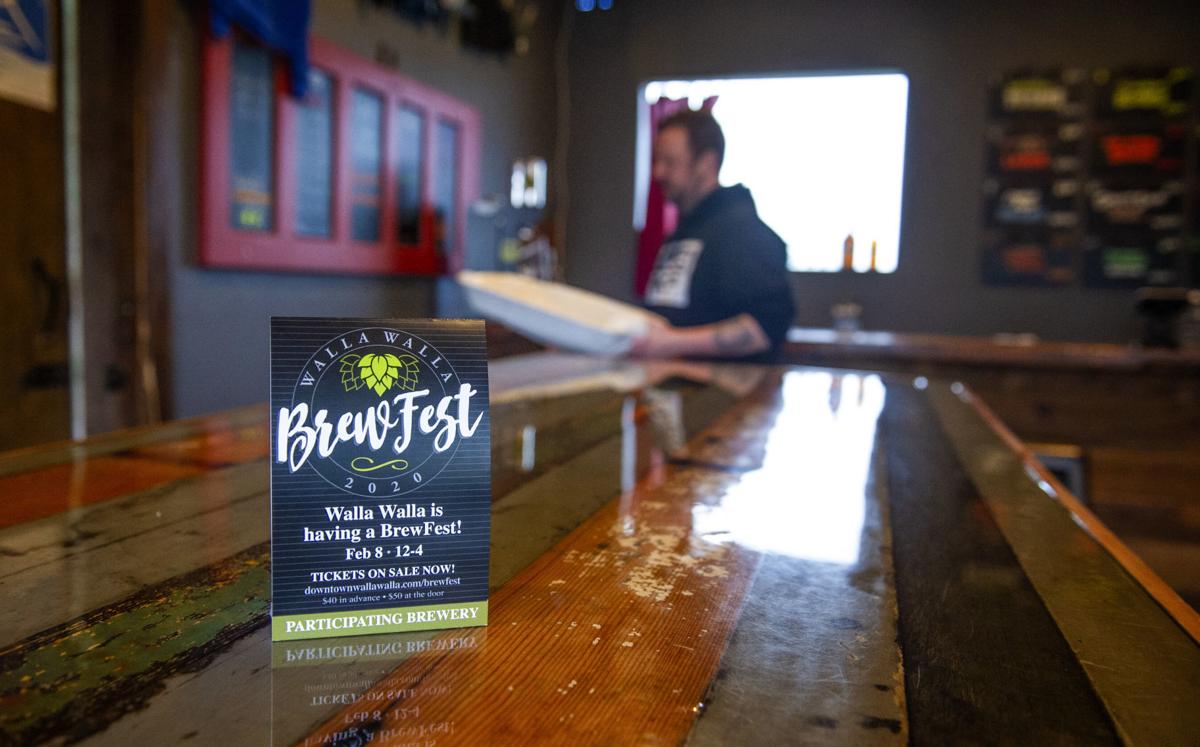 An Oatmeal Stout and a Solid State Pilsner at Quirk Brewing.

Oatmeal Stout and a Solid State Pilsner at Quirk Brewing.

Troy Robinson at Quirk Brewing recently with a Solid State Pilsner and an Oatmeal Stout.

The Walla Walla Valley is home to many wineries — that much is obvious.

The heart of this wine country can be found in downtown Walla Walla with its dozens of winery tasting rooms.

But from noon to 4 p.m. this Saturday, downtown will become a beer lover’s playground as the Downtown Walla Walla Foundation hosts the first iteration of Walla Walla BrewFest.

Of course, the local brewers don’t like brewing up trouble with the wineries. In fact, they can have a symbiotic relationship. Just as people hop from winery to winery, local breweries get in on the action too, sometimes.

For Quirk Brewing in Walla Walla, brew master Troy Robinson already has that relationship with the wineries in the Port of Walla Walla’s airport business park where his brewery resides.

“(Walla Walla gets) a bunch of people that like beer,” Robinson said. “Walla Walla is known for wine, of course, but it’s nice to get people who are interested in beer. We’re excited about having an event and showing off the great beer we have in Walla Walla.”

Robinson’s operation at the airport features many other types of brews, but the two he chose for this event feature malts from Walla Walla-based Mainstem Malts.

The imperial stout is chocolaty with a “roasty-toasty” flavor, as Robinson put it. Its malted barley is locally sourced from Mainstem and H.T. Rea Farming Corp. of Milton-Freewater.

Mainstem sourced the pilsner’s malts from Athena. It features mild honey notes and light floral aromas with a crisp finish.

Robinson said he hopes the sheer variety of breweries — and cider companies — will make this a remarkable event.

“A first-time brew fest is notorious for not being able to pull people in or pull breweries in, but I think Walla Walla is a fun place for people to show up,” Robinson said. “Hopefully we get people from out of town who are anticipating a tasting so they can see all the options for beer here in Walla Walla. ... Because people are not always drinking wine. They might get tired of wine and have a beer.”

The red ale is an easy drinking Irish-style beer with notes of malt, caramel and biscuit, complete with a crisp finish.

The porter is a classic English interpretation highlighted by coffee and chocolate flavors.

“It’s really good to have that stapled legitimacy — we’re here now,” Rossi said of adding the beer festival. “(The foundation) has been really good; I’ve been doing farmers market for the past couple years and that’s been really nice.”

Rossi is also working on expanding his operation, much like many of the fledgling breweries in the area, which means going to festivals outside of Walla Walla doesn’t do him much good yet.

He said he’s excited for the local beer makers to get the chance to secure even more of a fan base in the Valley.

Robinson already anticipates what to expect with the unique experience of this festival, since it’s not in a singular location. Quirk has been to the Winterhop Brewfest in Ellensburg, which is also held in a downtown corridor. Robinson recalled being in an art studio one year at that festival and he said it was a huge success.

“You just set up there and do it, and people are walking around and tasting beer; it’s really fun,” Robinson said. “Downtown Walla Walla Foundation knows how to throw a good party, so I’m confident they’re gonna be able to pull it off.”

On top of that, multiple beer companies from around the region will be featured, including The Prodigal Son Brewery of Pendleton and Sedition Brewing Co. of The Dalles. In all, 26 breweries and cider companies have been reported to attend by the foundation.

Regardless of the weather — rain or shine — Walla Walla is poised to become a beer town, if only for a day.

These 10 local beer and cider companies will be featured at the Walla Walla BrewFest: