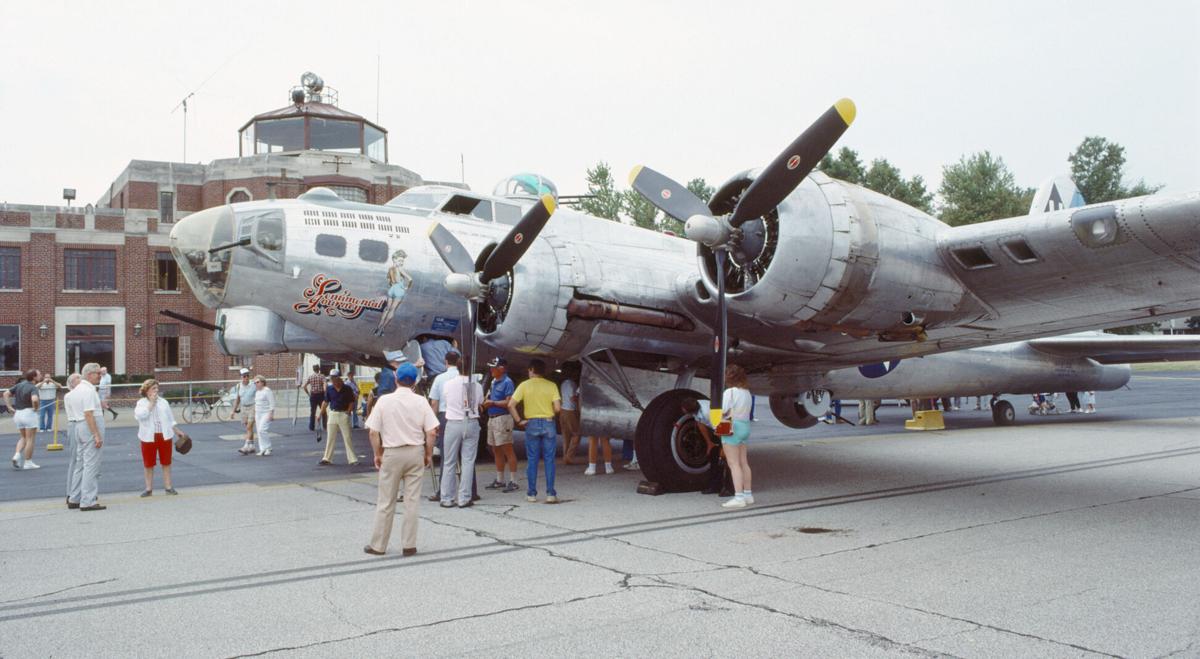 B-17 Sentimental Journey rests on the tarmac at Bowman Field in Louisville, Kentucky. 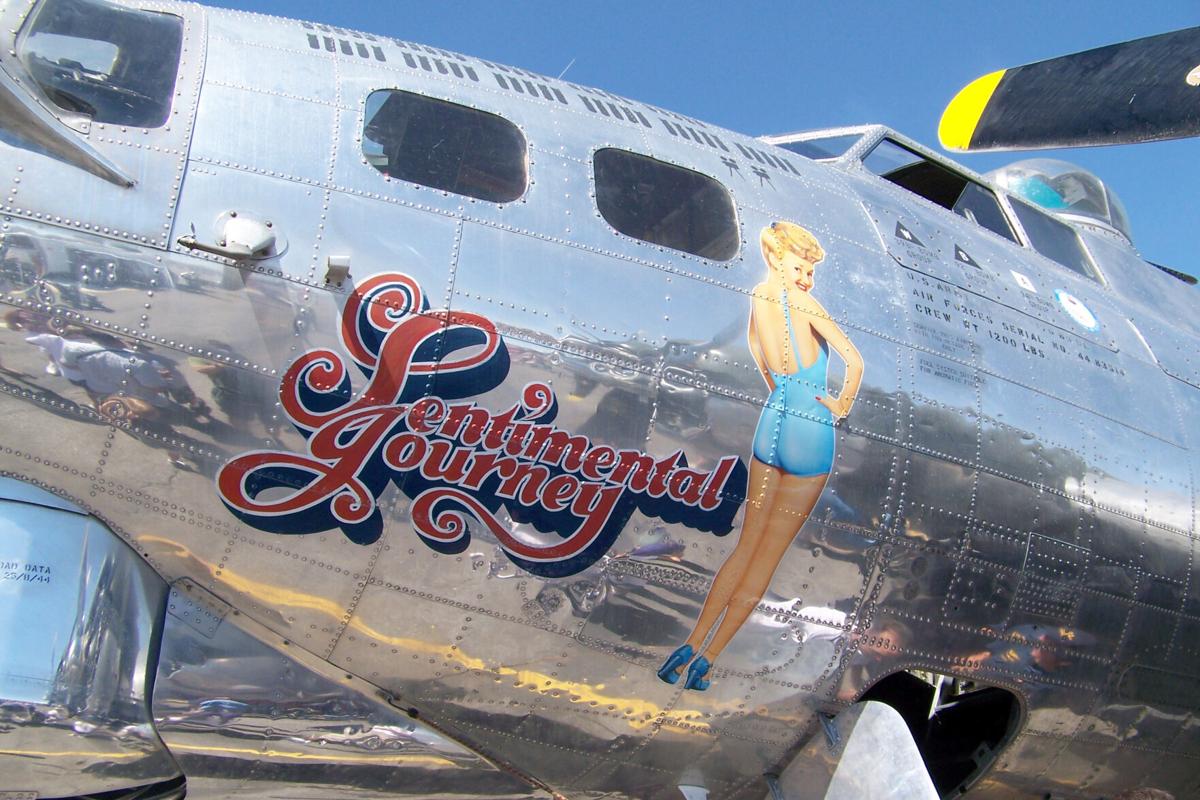 Above: B-17 Sentimental Journey bears an image of actress Betty Grable. The aircraft appeared in 2007 at the Amigo Airshow in El Paso at Fort Bliss, Texas. 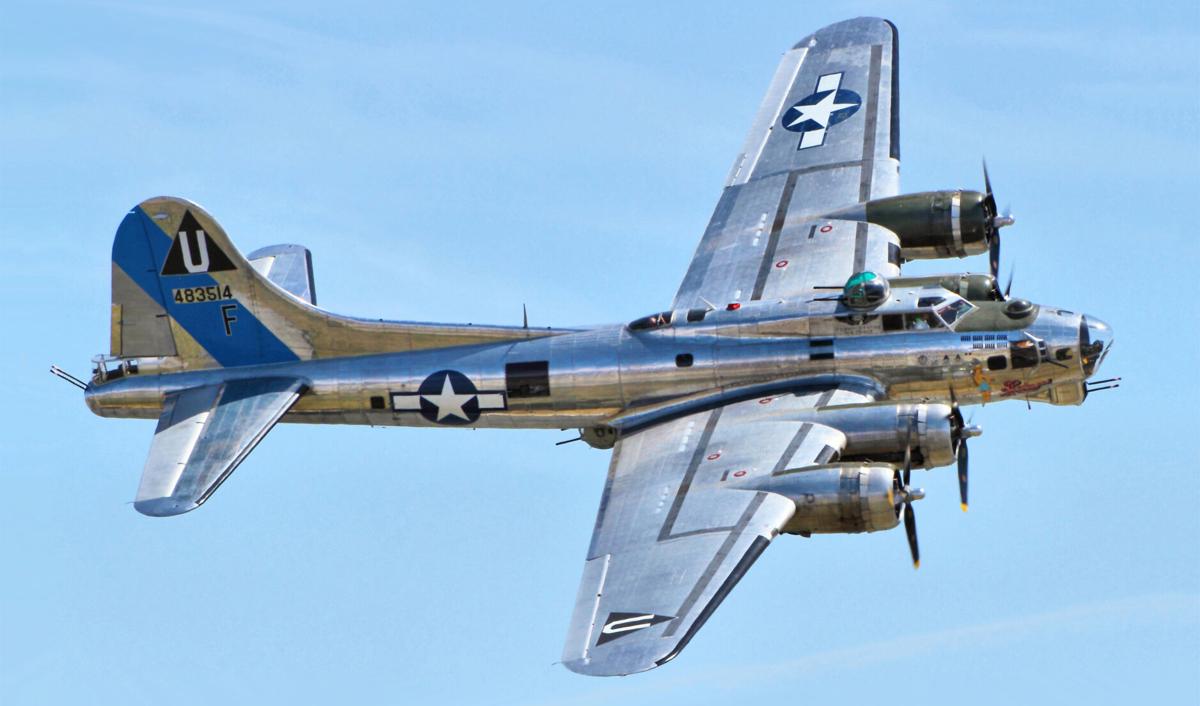 The Sentimental Journey is airborne in 2014 at the Chino (California) Airshow.

B-17 Sentimental Journey rests on the tarmac at Bowman Field in Louisville, Kentucky.

Above: B-17 Sentimental Journey bears an image of actress Betty Grable. The aircraft appeared in 2007 at the Amigo Airshow in El Paso at Fort Bliss, Texas.

The Sentimental Journey is airborne in 2014 at the Chino (California) Airshow.

The opportunity to fly in or clamber aboard and explore a rare, iconic B-17 will arise during the World War II-era Flying Fortress’ touchdown visit to Walla Walla from 9 a.m.-6 p.m. Monday-Sunday, Aug. 16-22.

Sponsored by the Commemorative Air Force and CAF Airbase Arizona, the Flying Legends of Victory Tour will be at 199 W. Fairchild Ave. near the Walla Walla Regional Airport. The airship is scheduled to fly in from Springfield, Illinois, and heads next to Madras, Oregon.

Flights can be booked now at ubne.ws/b17flightinfo.

The B-17G bomber landing in the Walla Walla Valley is nicknamed Sentimental Journey.

The U.S. built 12,731 B-17s and currently only five are actively flying. The aircraft bristled with armament and were highly reputed for returning to base after sustaining severe poundings from enemy fire, parts of their fuselages riddled with holes, wings and shredded tails.

Based at the Commemorative Air Force Museum in Mesa, Arizona, the aircraft is regularly flown to airshows throughout North America. Its nose art features an image of film star-dancer-model-singer Betty Grable, the No. 1 pinup girl from that era.

Sentimental Journey’s first flight was March 13, 1945. It was in service until 1959 with the military and from 1959–1978 with the Aero Union Corporation, which from 1961-2011, operated aerial firefighting aircraft and training crews.

Volunteer Arizona CAF members attend ground school in spring and give up from one to three weeks at a time during touring season to go on location with the planes. With a passion to keep history alive, they put in long hours on site while bringing history to others. They answer questions, coordinate rides, give tours of the aircraft and sell souvenirs, among other things.

CAF was founded in 1957 as the U.S. military scrapped the fleet of aircraft that played a decisive role in winning World War II. They rallied to the cry “Keep ‘Em Flying.” CAF strove to preserve in operable condition at least one example of each aircraft flown by American forces from 1939-45.

Since the ‘50s, CAF grew as an owner and operator of vintage military aircraft. It currently owns 162 historic planes valued at more than $50 million; 144 in airworthy condition. The airplanes are dispersed among 80 CAF units in 26 states.

CAF operates with annual revenues in surpassing $24 million. Aided by a huge volunteer effort from more than 12,000 members, CAF reports on Facebook that its aircraft and educational programs annually reach millions of Americans.

Organizers ask that because of the current COVID-19 pandemic and to keep visitors safe: