One of the band’s jazz ensembles. 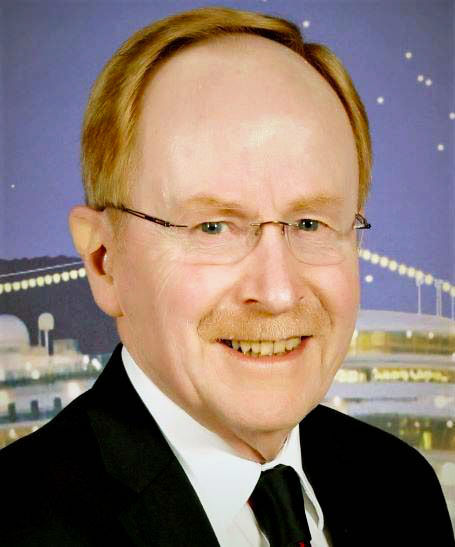 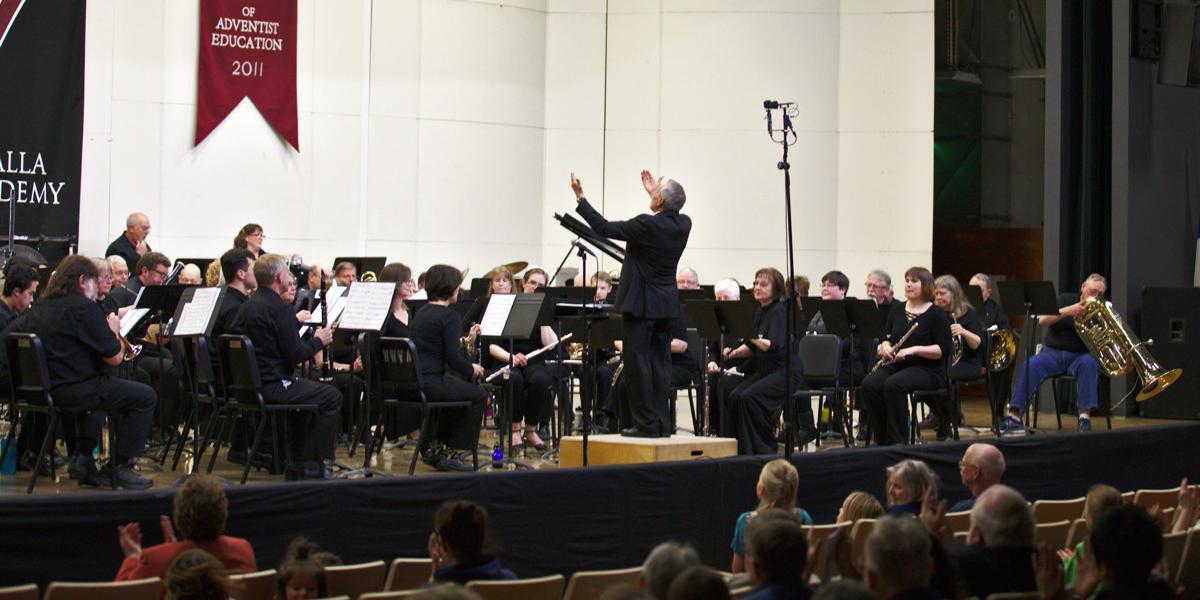 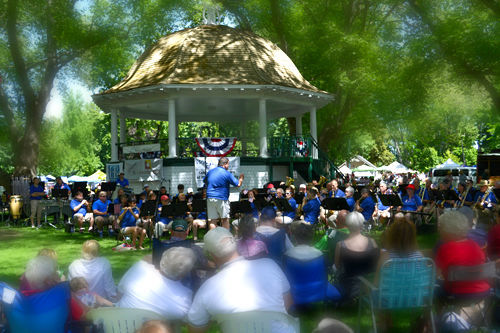 Band members perform at Fourth of July in the Park at Pioneer Park. 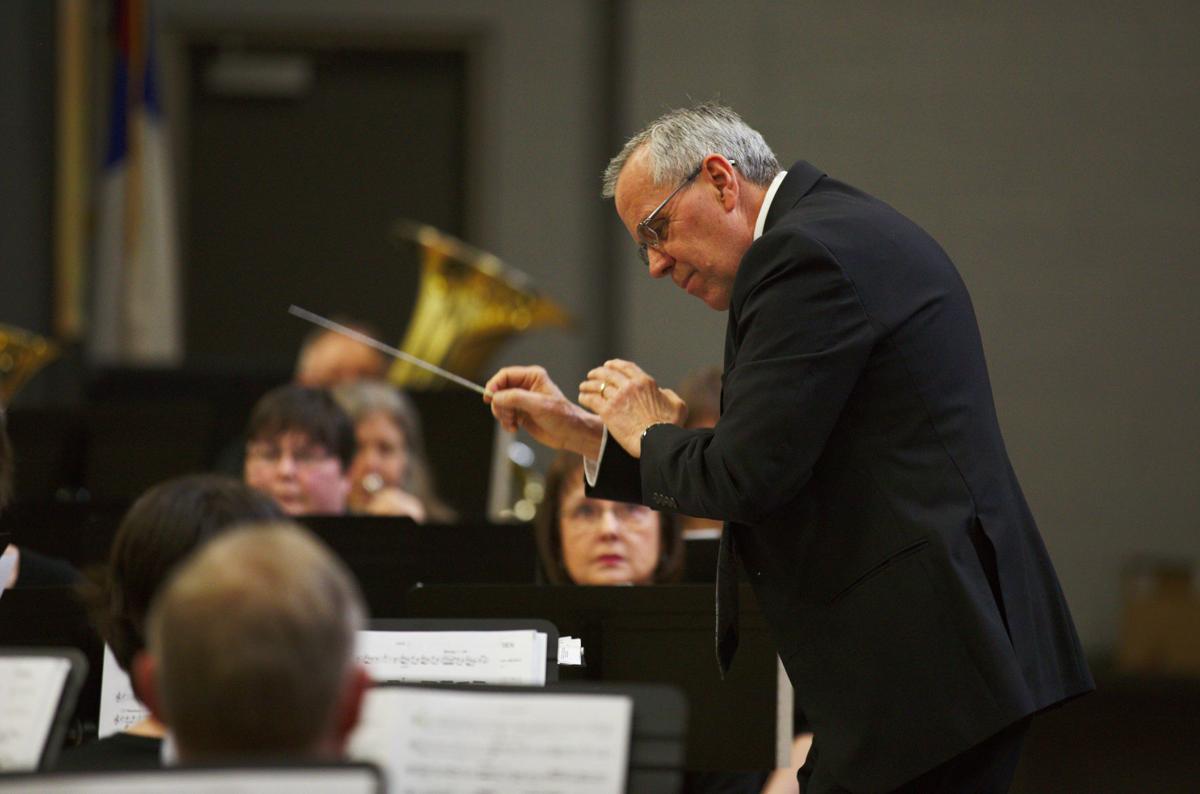 One of the band’s jazz ensembles.

Band members perform at Fourth of July in the Park at Pioneer Park.

Imagine for a moment: High school is over.

You’ve graduated. The caps have flown, the diplomas are divvied out, you say your goodbyes, you get ready for college.

And as you pack up your room and discard some earthly possessions to make room in your new, tiny dorm, you see it sitting in the corner — your trombone.

Do you sell it? Do you make it an heirloom? Do you leave it in the attic forever?

Most high school band members won’t go on to use their musical skill outside of those four years.

Unless you join a ska group or Chicago cover band.

But what if the band never stopped playing? That was the idea that Walla Wallan Glen Mitchell, 73, had 30 years ago when he started the Walla Walla Valley Bands.

“This was a dream at the beginning,” Mitchell said. “We got together, some of the local band members, and said we really need an opportunity to play music after high school.”

Over the years, the quality and the numbers have increased, Mitchell said.

What started as a small group of people trying to keep themselves from getting rusty has turned into an 80-person group, which also includes two jazz ensembles.

“We’re pretty much at almost our maximum,” Mitchell said. “We don’t lose very many members.”

The 80 members pay a yearly fee to be part of the group, which goes toward maintaining a high-quality product, including a compensation for the band’s director.

The director for the past three years is Gary Gemberling, a music professor at Whitman College.

“Gary’s a people person,” Mitchell said. “Audience members love him. He has rapport with the audience.”

Gemberling has a long history of teaching music, including many years at Lewiston High School in Idaho.

He said he loves pushing the musicians to new heights, which has always been one of his goals as a teacher.

Not only does he want to see musicians shake off the dust and rust, he wants to see them grow.

“I’ll hear a great piece of music and think, ‘Oh, they would make this sound good.’

“I think (the bands are) getting used to me presenting this material and them tackling it. And the payoff has been huge.”

The band is not only full of different skill levels, but age ranges too. Old and young are learning new things through Gemberling’s teachings.

Mitchell said it’s important to keep enhancing the experience for the musicians so that they’re never stagnant.

One of his favorite moments, he said, was starting up the first jazz band about 12 years ago.

On top of the jazz bands, there are wind and wood ensembles, quintets, quartets and all manner of combinations for the musicians to try out.

The community has taken note of the band’s efforts.

“Now we have trailers, we have lots of instruments,” Mitchell said. “It’s become quite a great organization.”

Unfortunately, the band is on hold during the novel coronavirus outbreak. The musicians will still have plenty of material to read, though.

Gemberling makes sure they have a proper amount of challenging musical literature.

“One of my challenges that I have is they’re not — like most groups — high-level sight readers,” Gemberling said.

“So it’s hard to get a feel of ‘is this gonna be a good tune for them’ during the first read.”

“My brother Al always said, ‘Quality literature, you have to live with for a while.’

“So we continue to work on it and experience it and the payoff is seeing their faces walking off stage and I’m always there to congratulate them as they’re done with the concert.

“I like helping them experience the joy of playing the quality literature well — going through the process.

“The performance on stage only happens once with an audience, so I like to embrace the process and put it together.”

Stage performances will have to be on hold for a while, so “the process” will definitely need to be embraced these days.

Whatever happens next, 30 years of Walla Walla Valley Bands is something to certainly be proud of for Mitchell.

“I see a bright future for this group,” Mitchell said.

Through Mitchell’s efforts and Gemberling’s guidance, 80 musicians are no longer seeing their instruments collect dust in the corner.

Perhaps as the quarantine continues, more and more musicians will do the same.

As soon as the dates for new performances for the Walla Walla Valley Bands are available, they will be published in Marquee and online at union-bulletin.com.