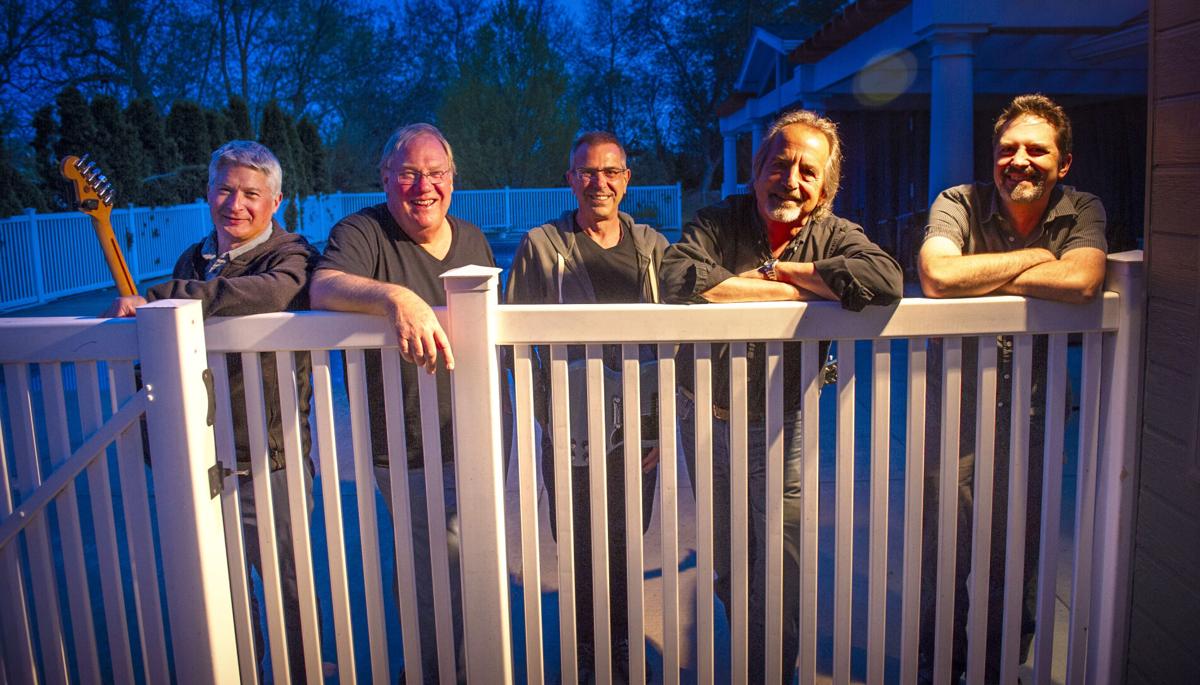 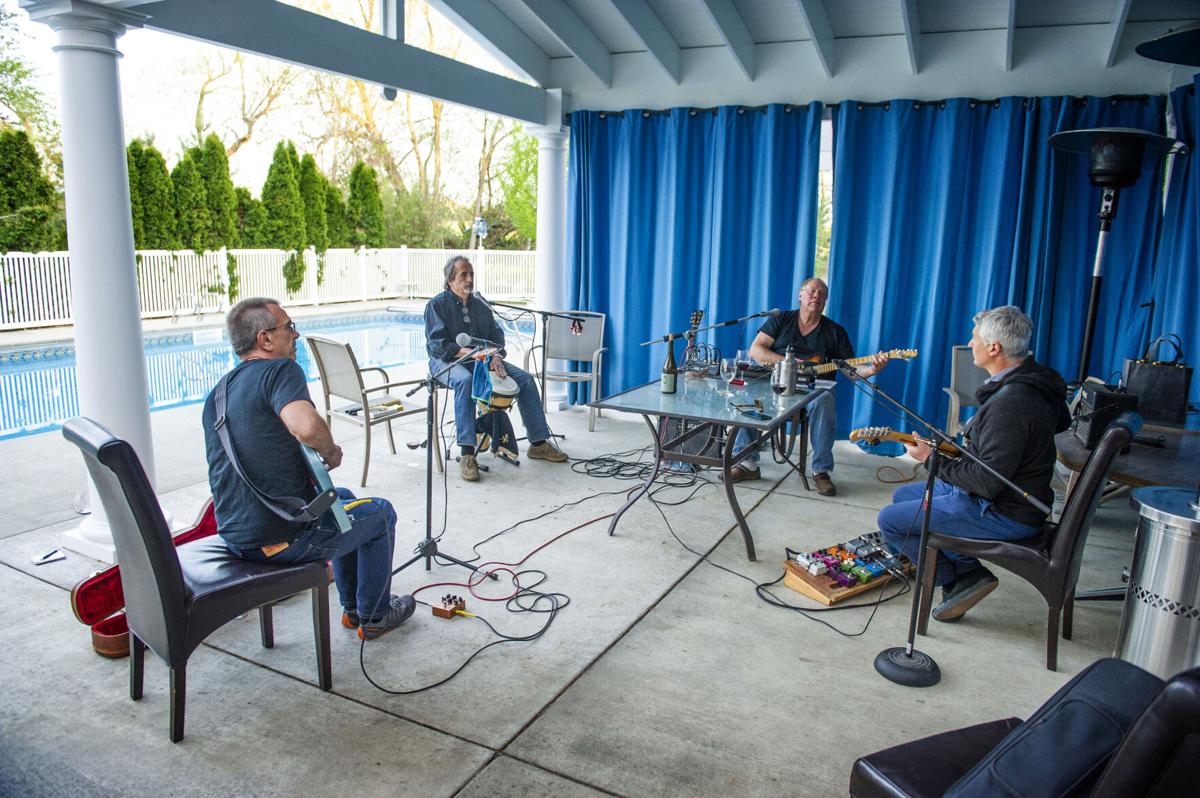 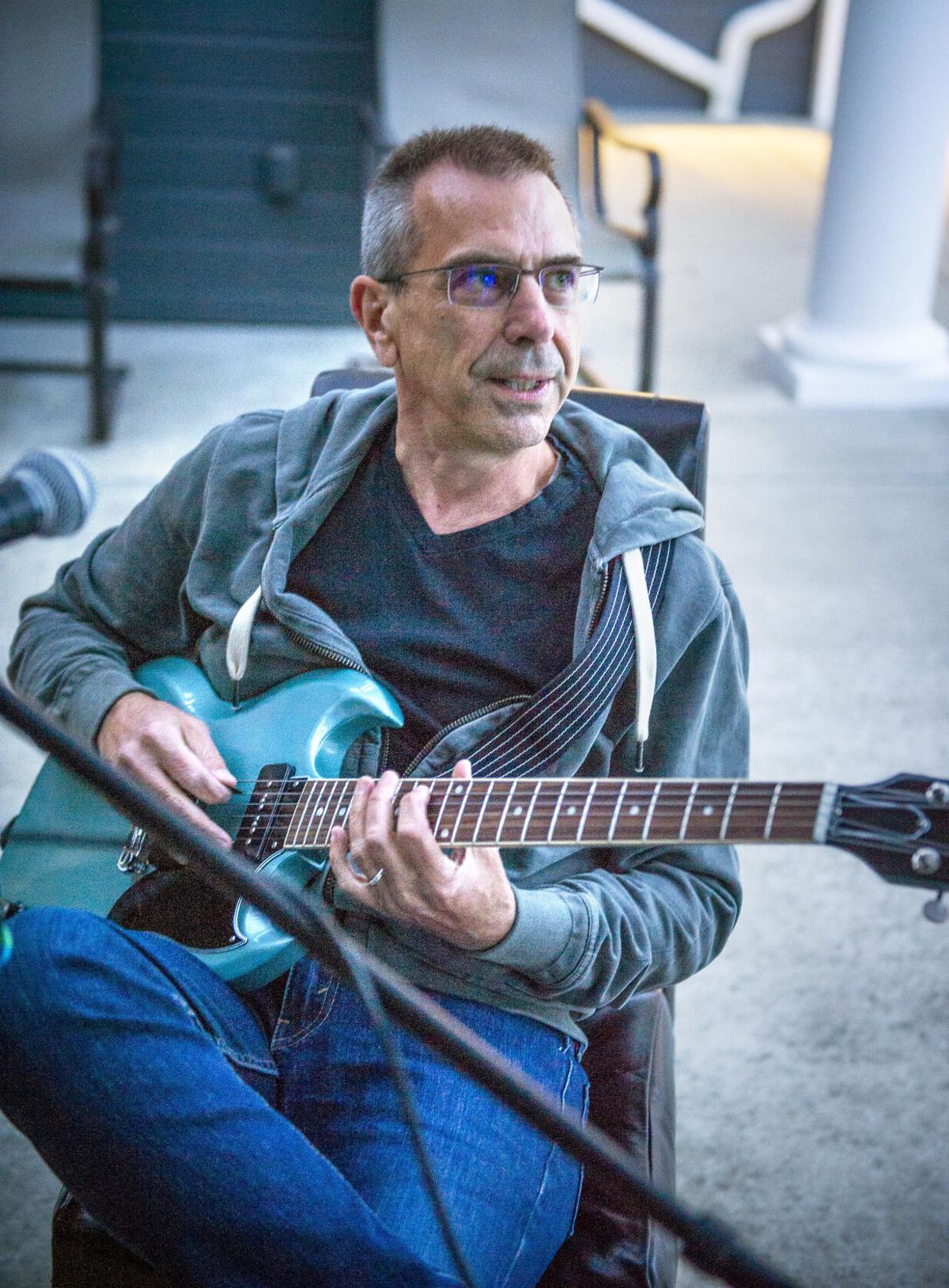 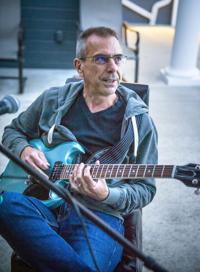 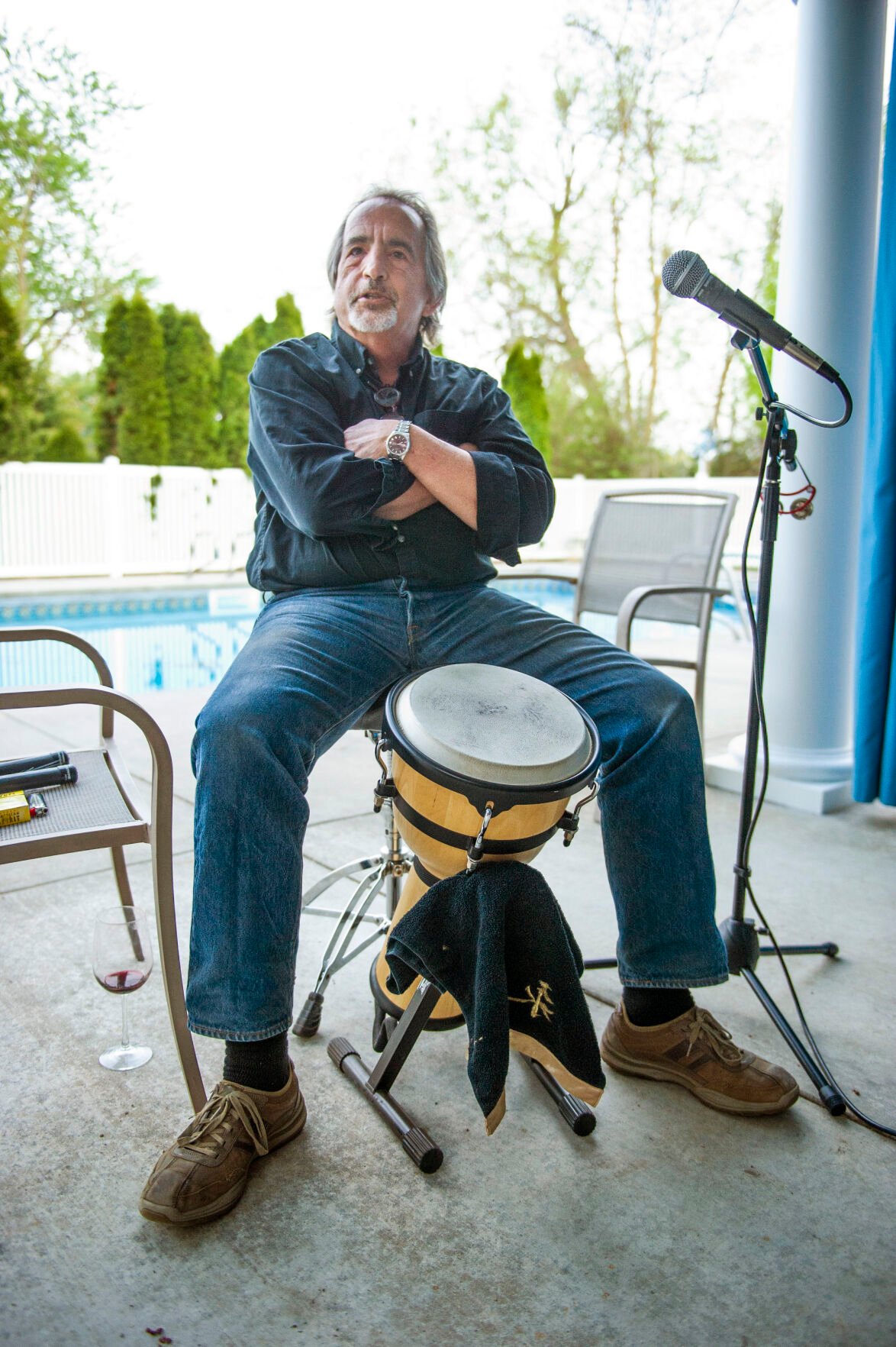 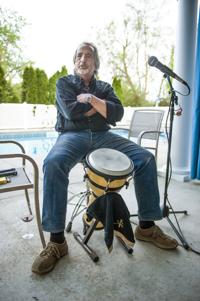 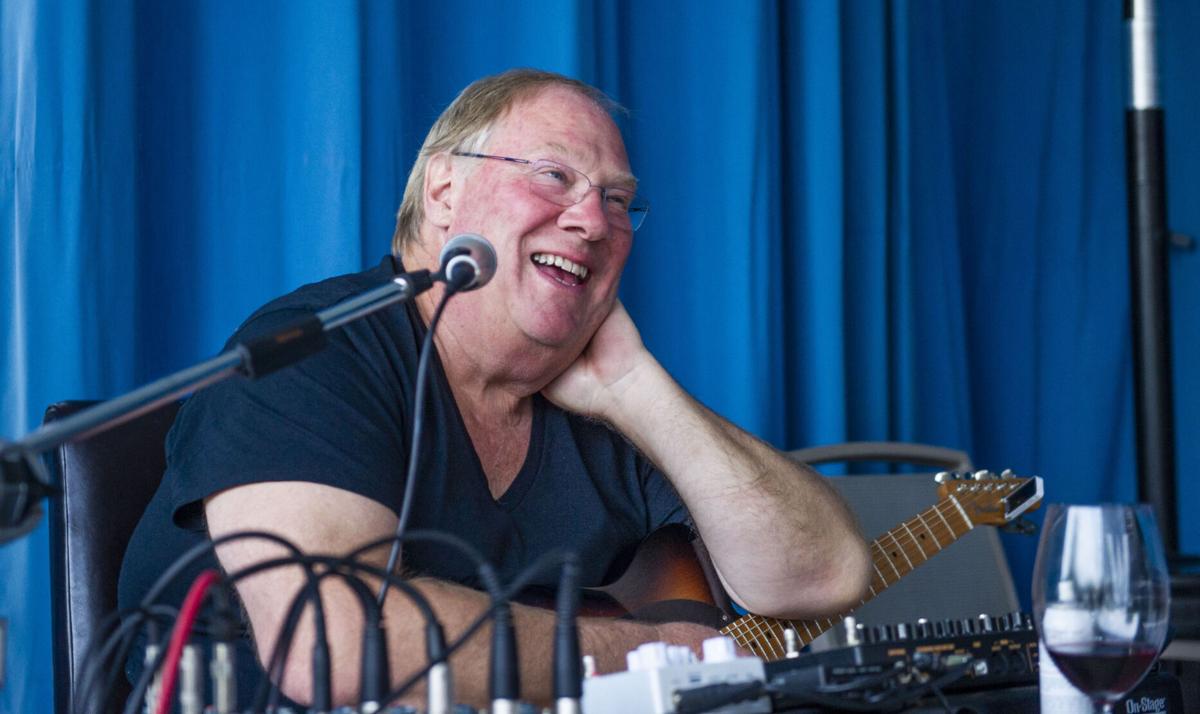 The Bowling League's Dave Woolson pauses for a laugh on Wednesday, April 21, 2021. 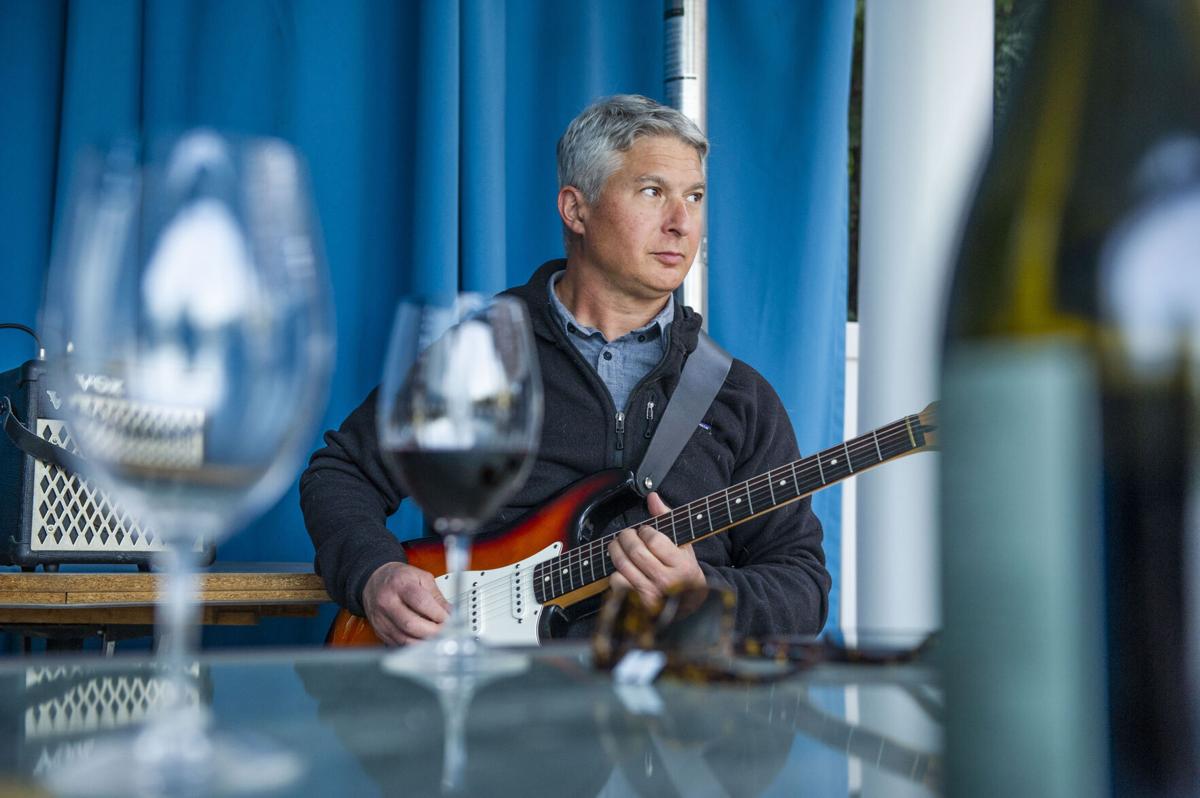 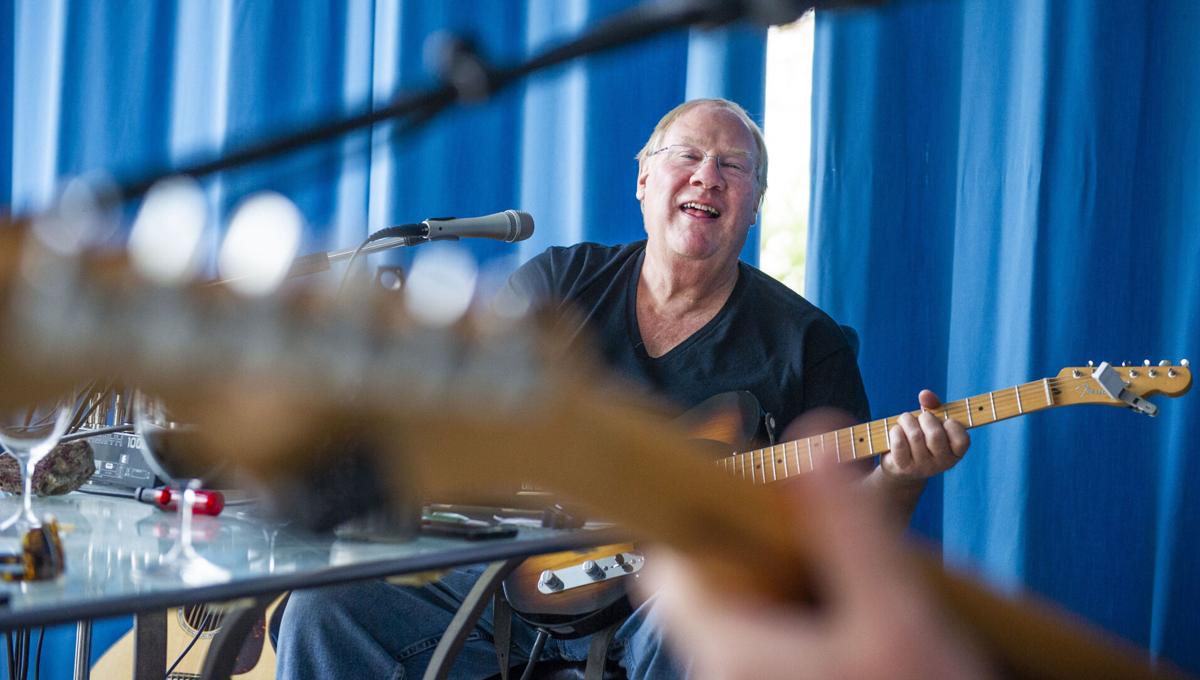 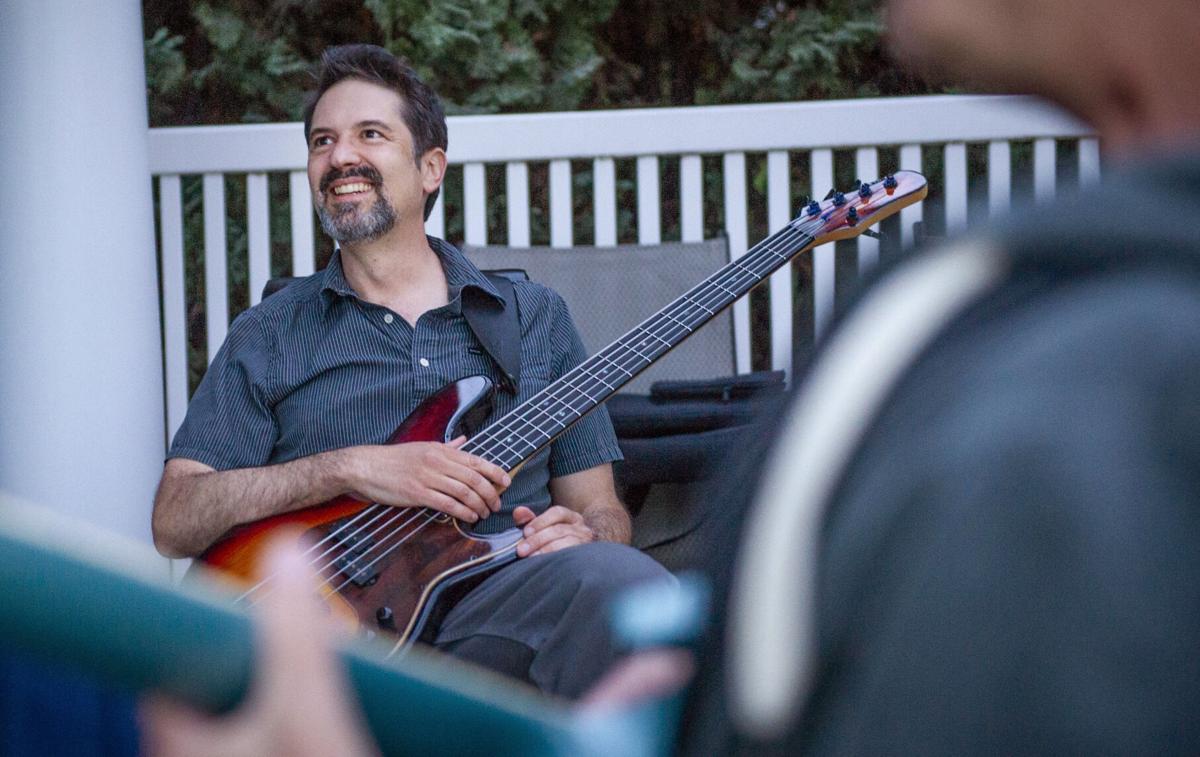 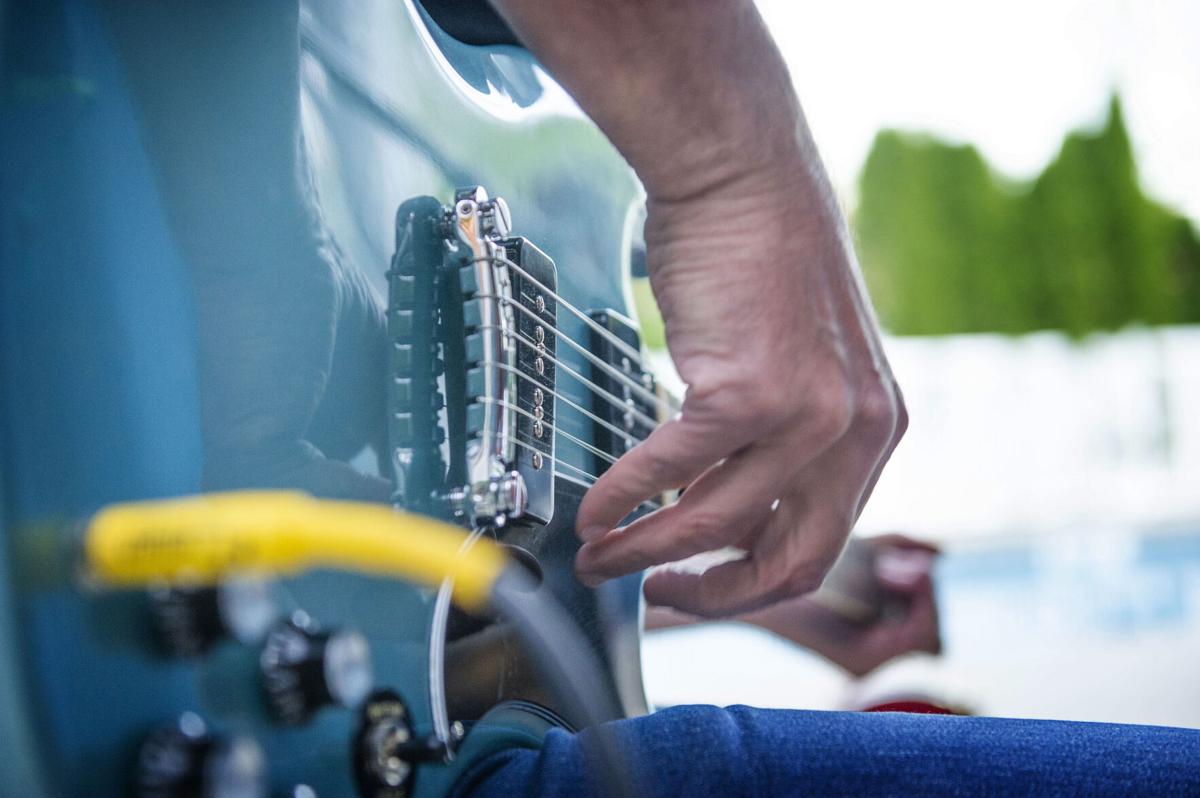 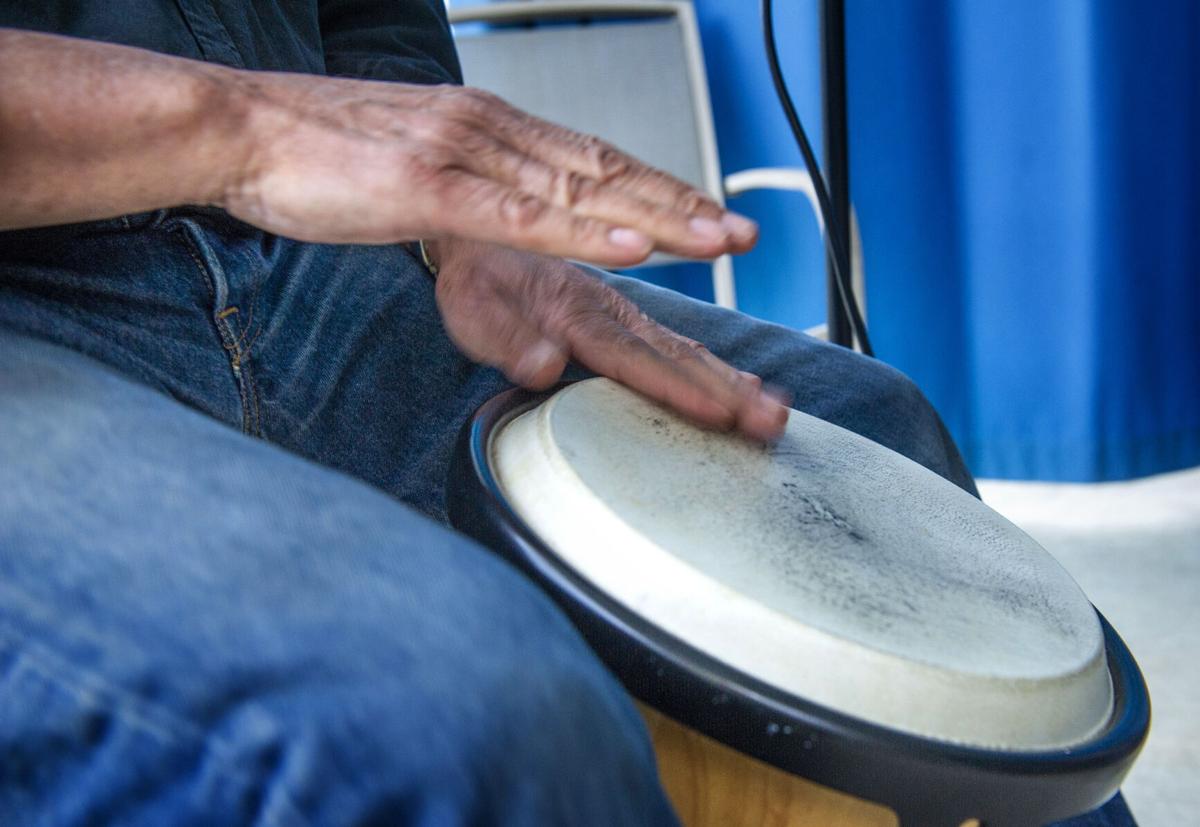 The Bowling League's Dave Woolson pauses for a laugh on Wednesday, April 21, 2021.

Like most other Wednesday evenings, music can be heard on April 21 from the street in front of Dave Woolson’s house.

The jamming pros are members of the Bowling League, a band that Woolson founded with former Union-Bulletin publisher and current Sherwood Trust CEO Brian Hunt about eight years ago.

“I always say we’re one person short of a very good trivia team,” Woolson said of his bandmates.

The band has practiced at Woolson’s home every Wednesday for years. They also performed in several gigs around the Valley until their last one on March, 13, 2020. It just happened to be a Friday.

“It was Friday the 13th,” Woolson said with a chuckle. “Maybe that should have told us something.”

That’s when things across the state started closing down due to the COVID-19 pandemic.

Before the pandemic, the Bowling League’s Wednesday night sessions were in Woolson’s indoor studio in his back yard.

As the pandemic developed, it was clear this wouldn’t work going forward.

“At first, it was kind of a moving target,” Woolson said. “We didn’t want to be stupid. We wanted to be responsible and safe. These are dear friends of mine.”

So, playing in the open air while socially distanced became an option.

“First, we kind of played all spread out on the porch,” Woolson said.

Later they moved to a backyard area near Woolson’s pool. That worked, at least while it was warm out.

When winter came, they dubbed the three-walled tarps and outdoor space heaters their Solstice Studio.

So, most of the band kept practicing throughout the winter. While gigs were impossible, the band said staying together and playing was important and helped them through tough times.

The love of music kept them coming, even during the coldest months of winter.

“All these guys have been making music for a long time,” Woolson said. “As have I. I’ve been playing since I was 15. So it’s who we are.”

On the evening of April 21, the group played music and sipped wine at Solstice Studio, without one of the walls and heater.

The band also welcomed back their bass guitarist that night.

Nick Bader sat out most of the pandemic. As a professor at Whitman, he decided it was best to avoid as much contact with other people as he could, even in a socially distanced, outdoor setting.

“I took a pledge for Whitman saying I would,” Bader said. “So I did.”

Now, with Walla Walla County currently in Phase 3 of Gov. Jay Insee’s latest plan to reopen the state, Bader has rejoined the group.

It’s a relief to be back “with the guys,” he said. “You guys,” he told them, “were pretty much the social interaction I was missing. Everything else I was OK with being in quarantine.”

Also with Walla Walla County being in Phase 3 comes the promise of performing soon. The band already has a schedule planned, starting on June 5 at Sleight of Hand Cellars in Walla Walla.

This refocused the group a bit.

“We’re so pumped about being able to get out there and play,” Woolson said. “It’s one thing sitting here banging away, having a good time. But it’s always fun when we have a gig to prepare for.”

Woolson described the music of the band as a “kind of blues, country sound.”

The music they perform is mostly original songs, with a mix of their own twist on some classics. Drummer Tom Skeen said that is part of what attracted him to the band.

“I had been playing with mostly cover bands,” Skeen said. “When Dave invited me, it was just the original music that did it. It was so good to do something different from what everyone else was doing.”

That’s why when the band does do covers, they aim to never perform them like the original artist.