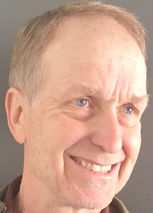 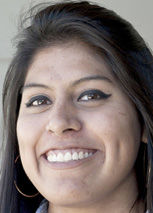 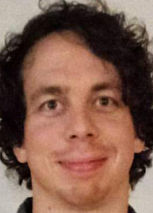 Joshua Lew McDermott, Dennis Held and Mary Aparicio Castrejon will give a reading of their poetry at 6:30 p.m. Sunday in Grandma’s Kitchen, 36 S. Colville St.

McDermott will read from his new book, “Codex,” published by Charles Potts of Hand to Mouth books in Walla Walla.

McDermott has a master’s degree in political science from New Mexico State University and is wrapping up a Ph.D. in sociology from the University of Pittsburgh.

He was born and raised in Eastern Idaho and for several years as an undergraduate, was leader of the young poets in Logan, Utah, at Utah State University where he obtained his bachelor’s.

While in Logan he published the literary magazine Panacea and several limited editions of poetry.

In September he will return to Sierra Leon in Africa where he is president of the African Socialist Movement International Support Committee.

Originally from Wisconsin, Held received his master of fine arts from the University of Montana in Missoula, where he was editor of CutBank magazine.

For 10 years, he taught literature and writing classes at Lewis-Clark State College in Lewiston, Idaho, where he published the Talking River Review.

He is the author of “Betting on the Night,” a 2001 poetry collection published by Lost Horse Press, and “Ourself,” published by Gribble Press in 2011.

Held is a freelance poet and editor living in Spokane, where he has produced dozens of poetry readings and literary events. He was a featured reader at

Poet Aparicio Castrejon lives in Walla Walla and is rapidly making a name for herself, according to Potts.

Mary has read at the Foundry Vineyard. Born in Los Angeles, Aparicio Castrejón is a writer, editor and graphic designer.

Aparicio Castrejón spends most of her time in Walla Walla, with time also in Olympia, Spangle and Honolulu.

Her work has been published in the Gadfly Journal of Arts and Literature.

Admission to the readings is $10 and will garner attendees a copy of “Codex,” if the book hasn’t sold out by then.