You are the owner of this article.
Edit Article Add New Article
Home
NEWS
OPINION
SPORTS
THINGS TO DO
CLASSIFIEDS
PRINT REPLICA
LIFESTYLES
VISITOR GUIDE
1 of 12 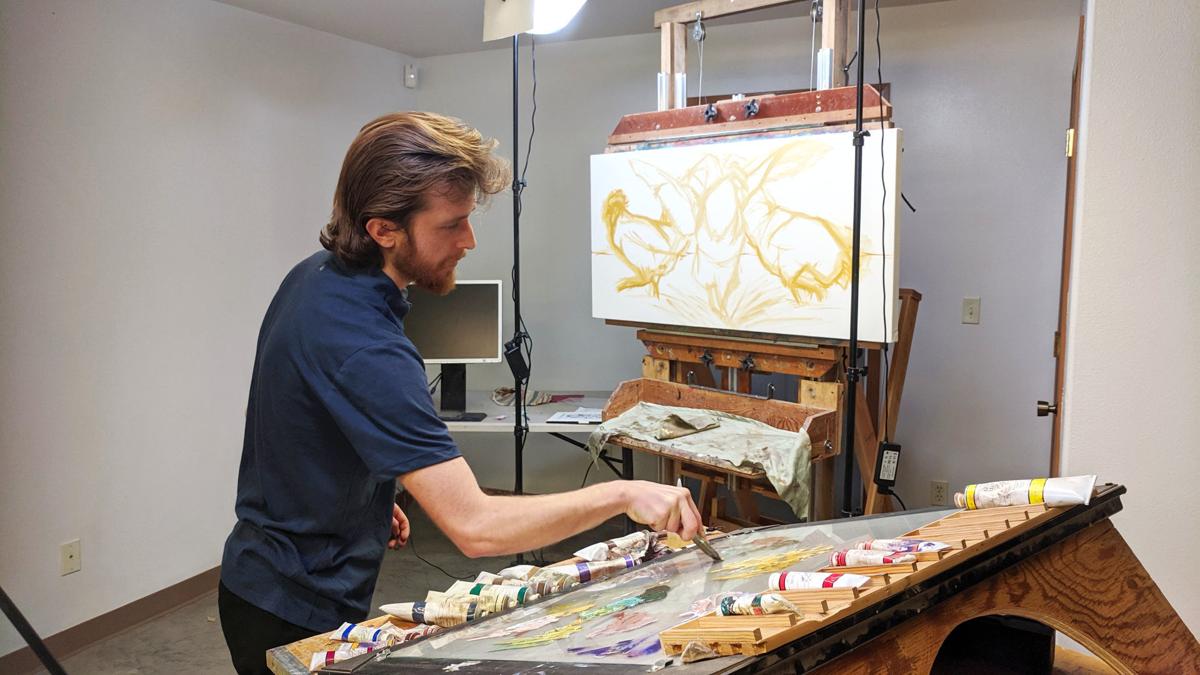 Jordan Henderson works at his studio in Dayton. 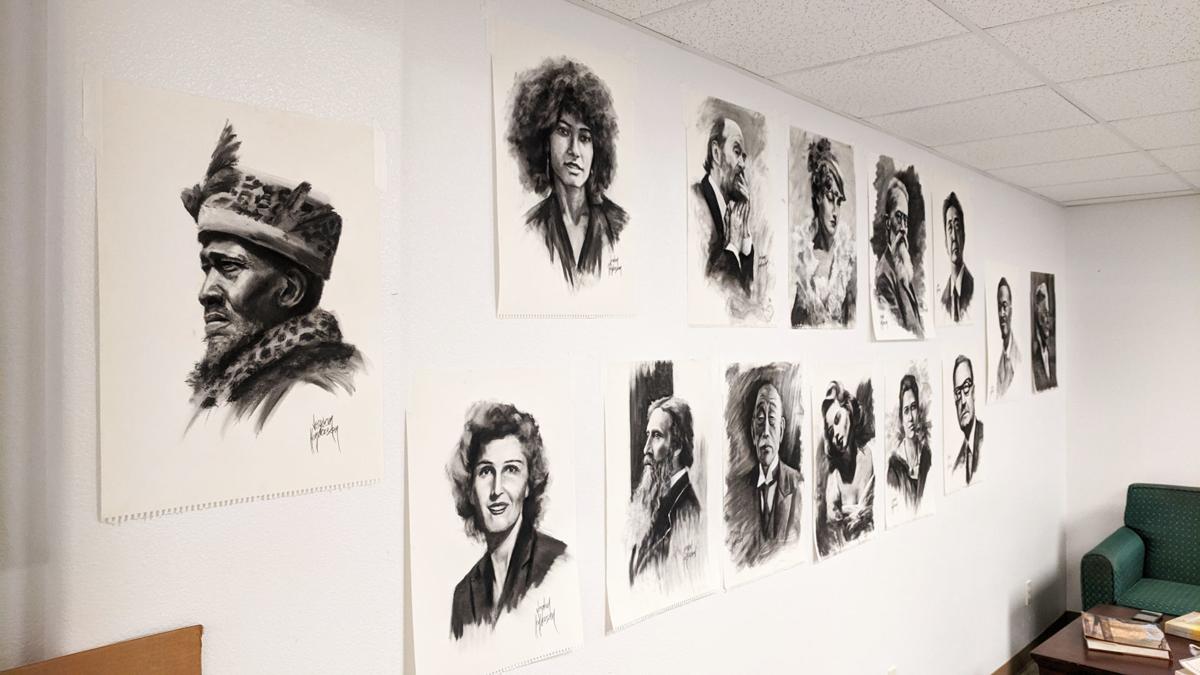 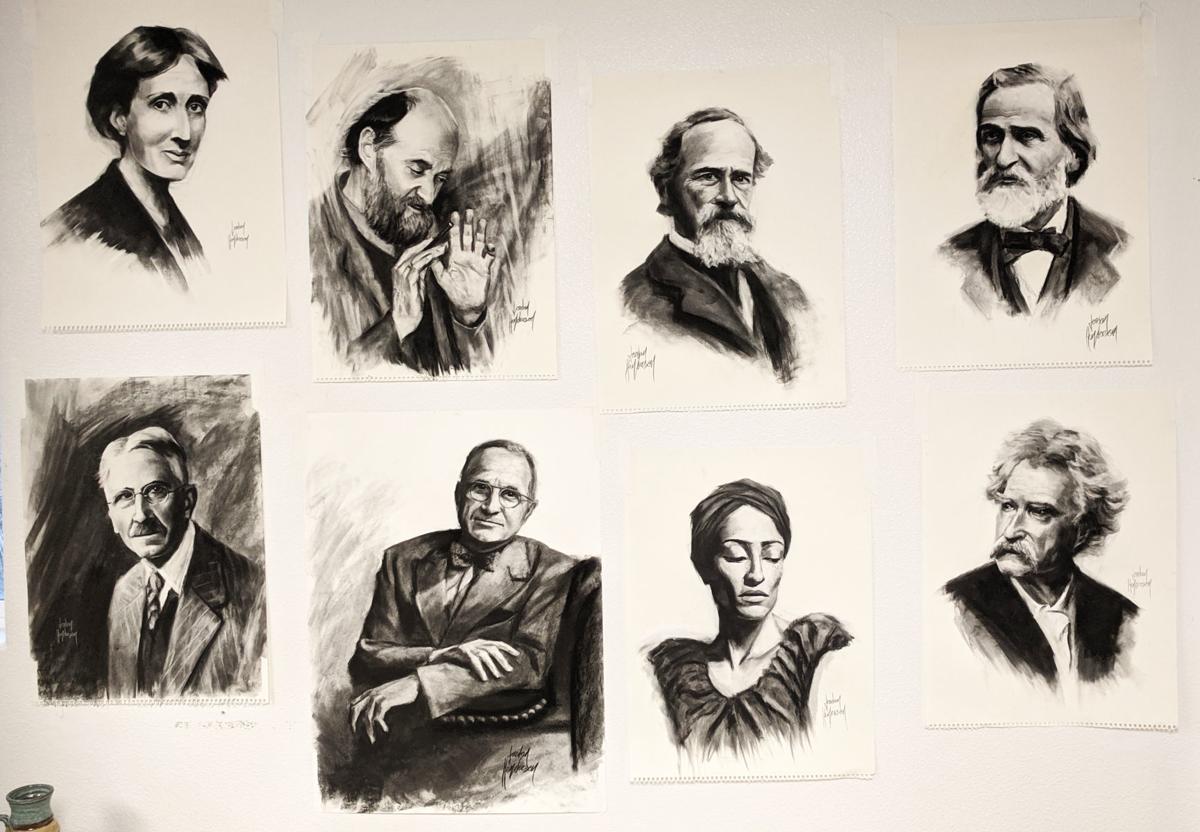 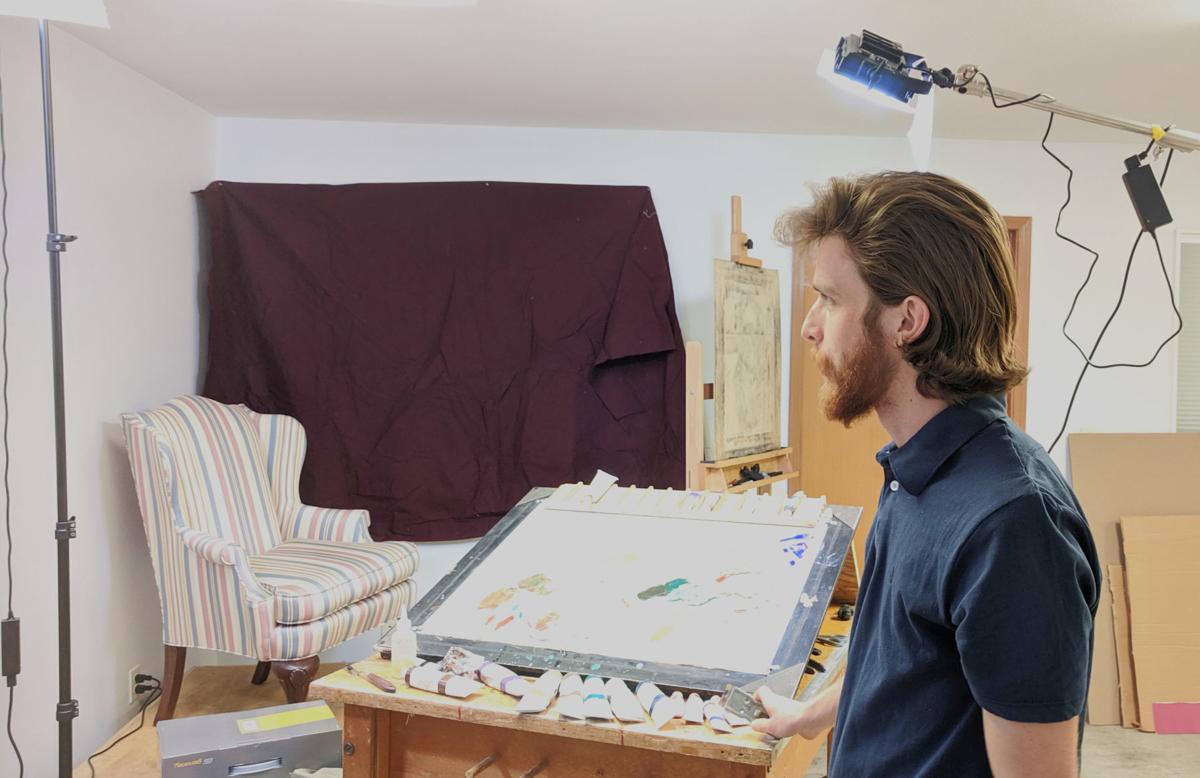 Jordan Henderson observes a work-in-progress in his studio. In the background, a comfy chair for his charcoal subjects to sit in. 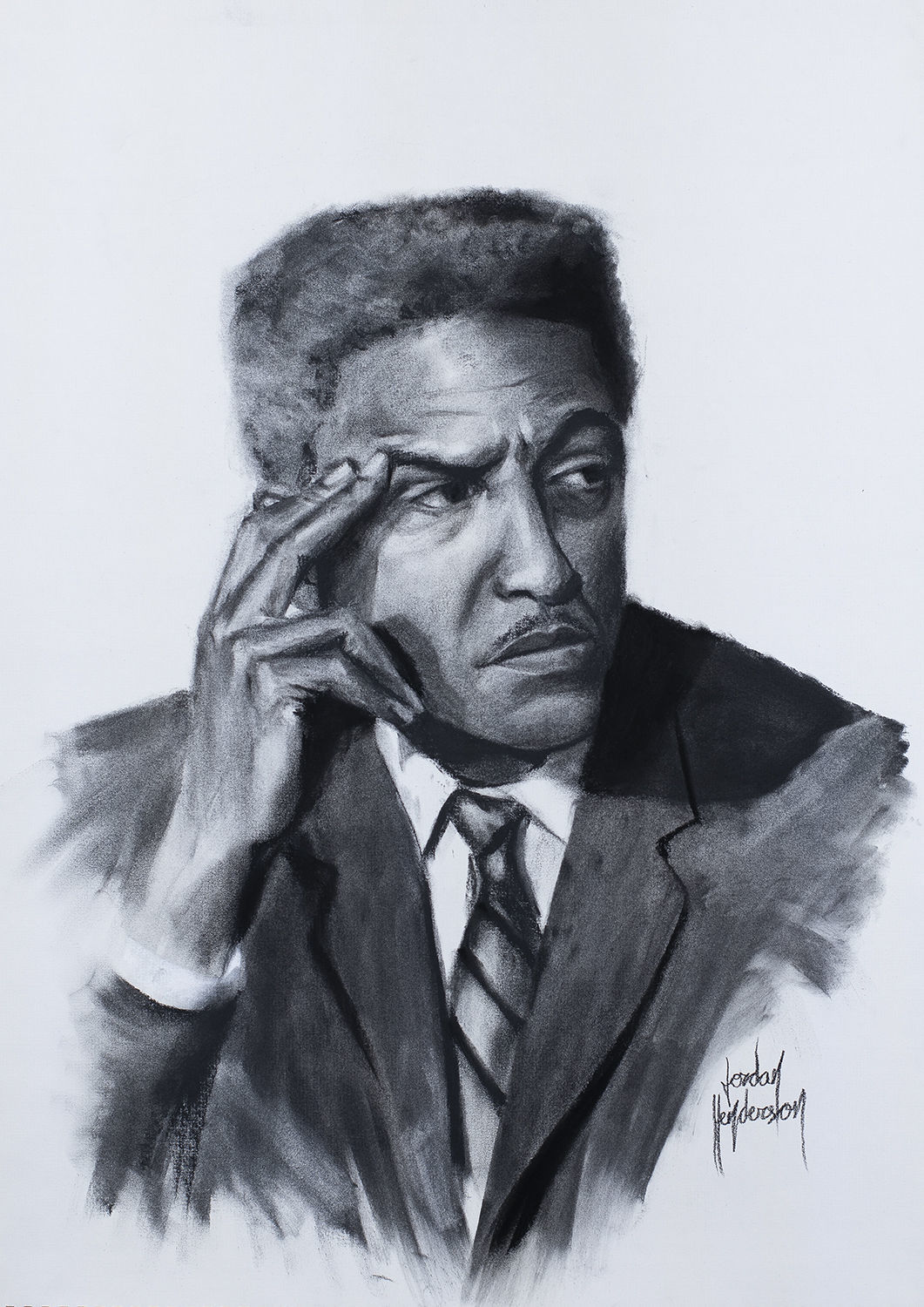 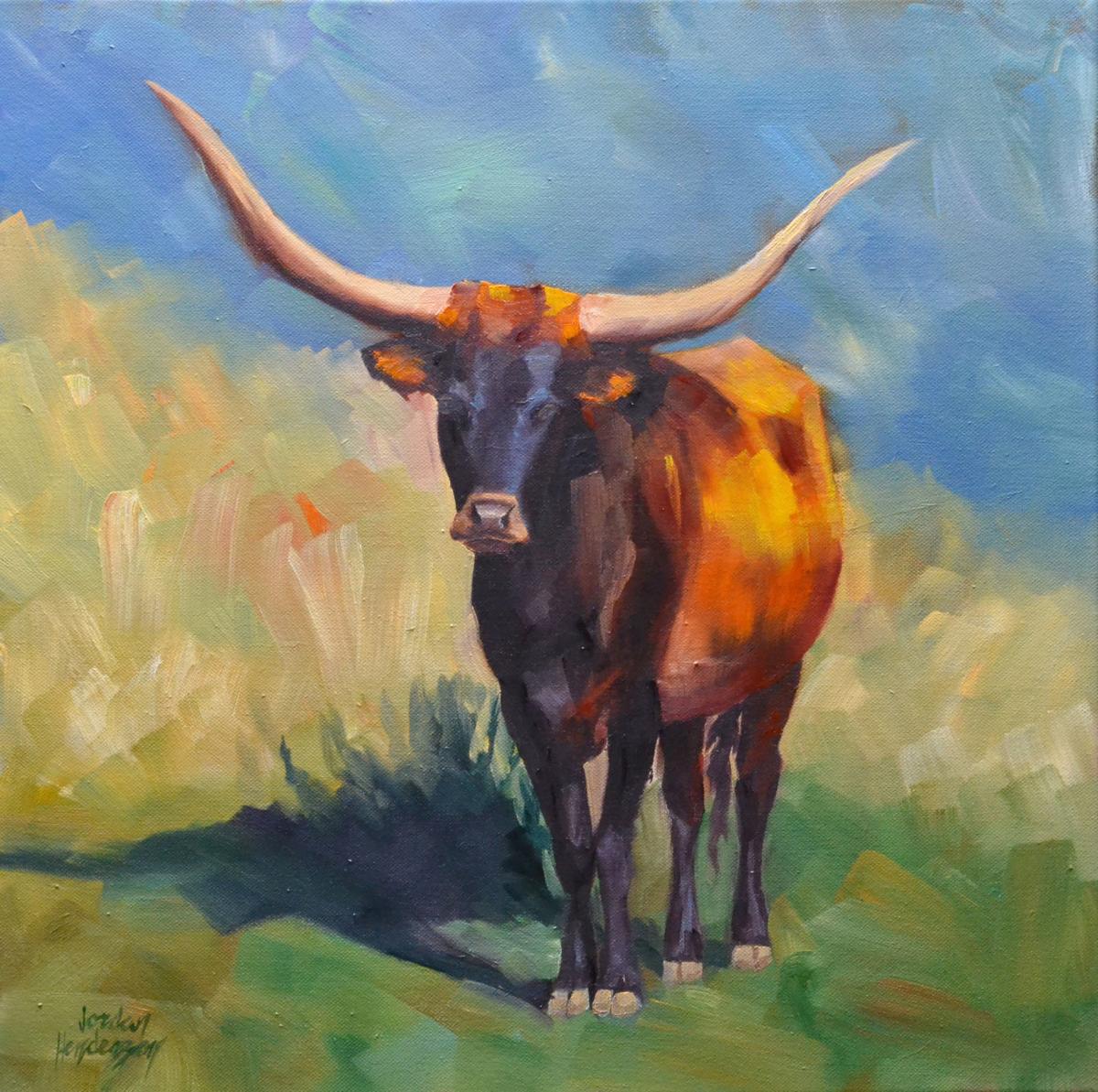 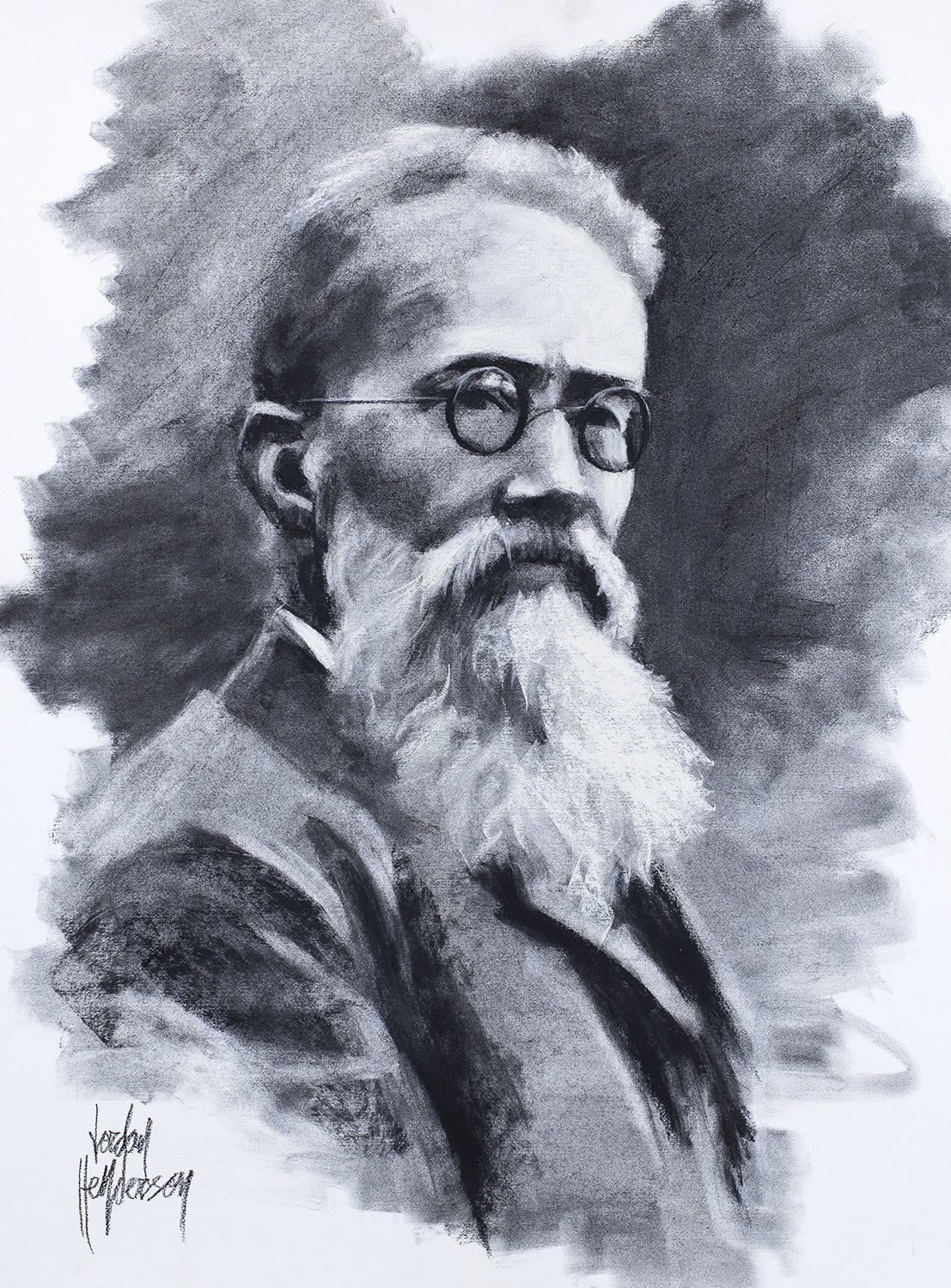 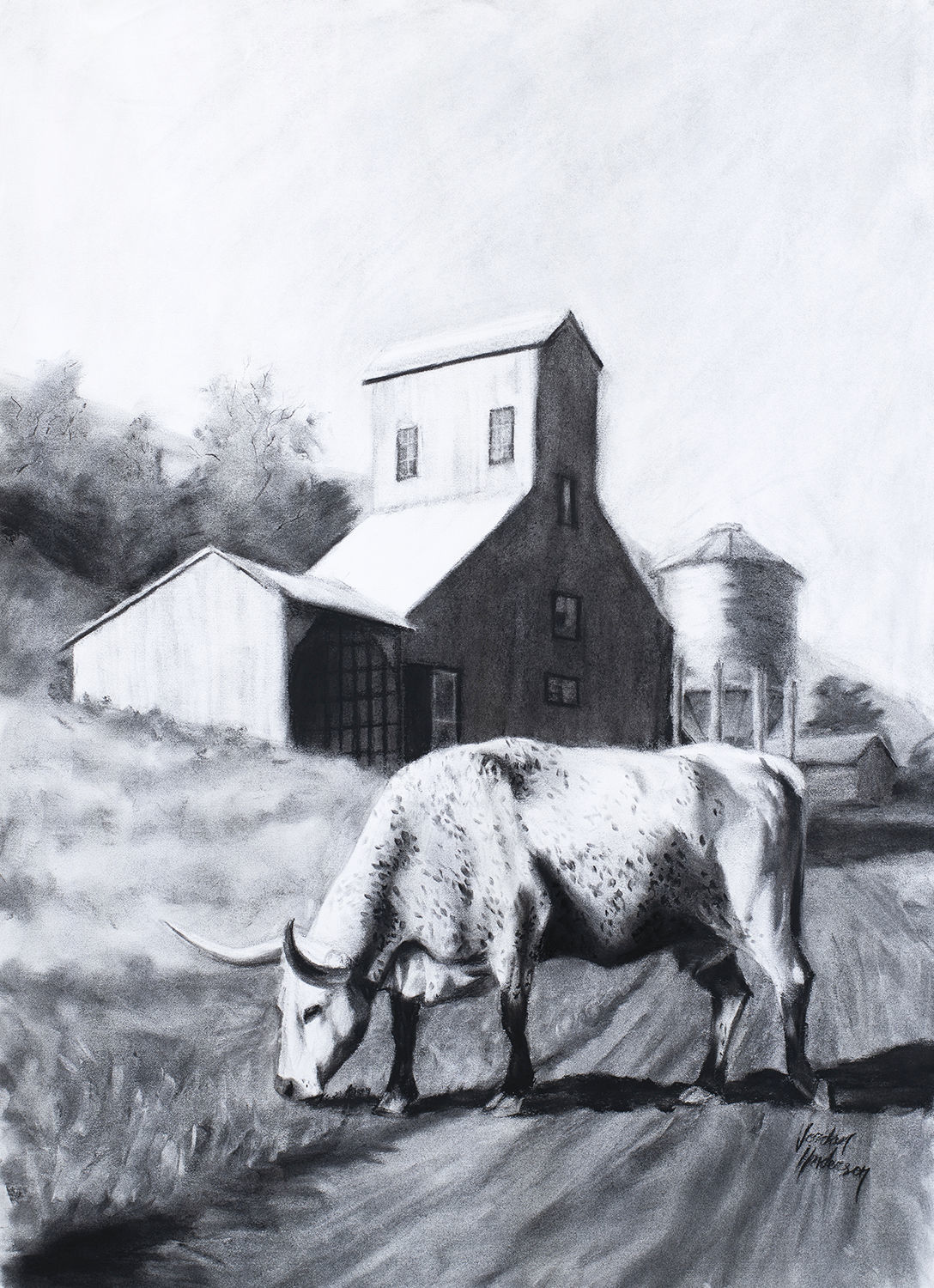 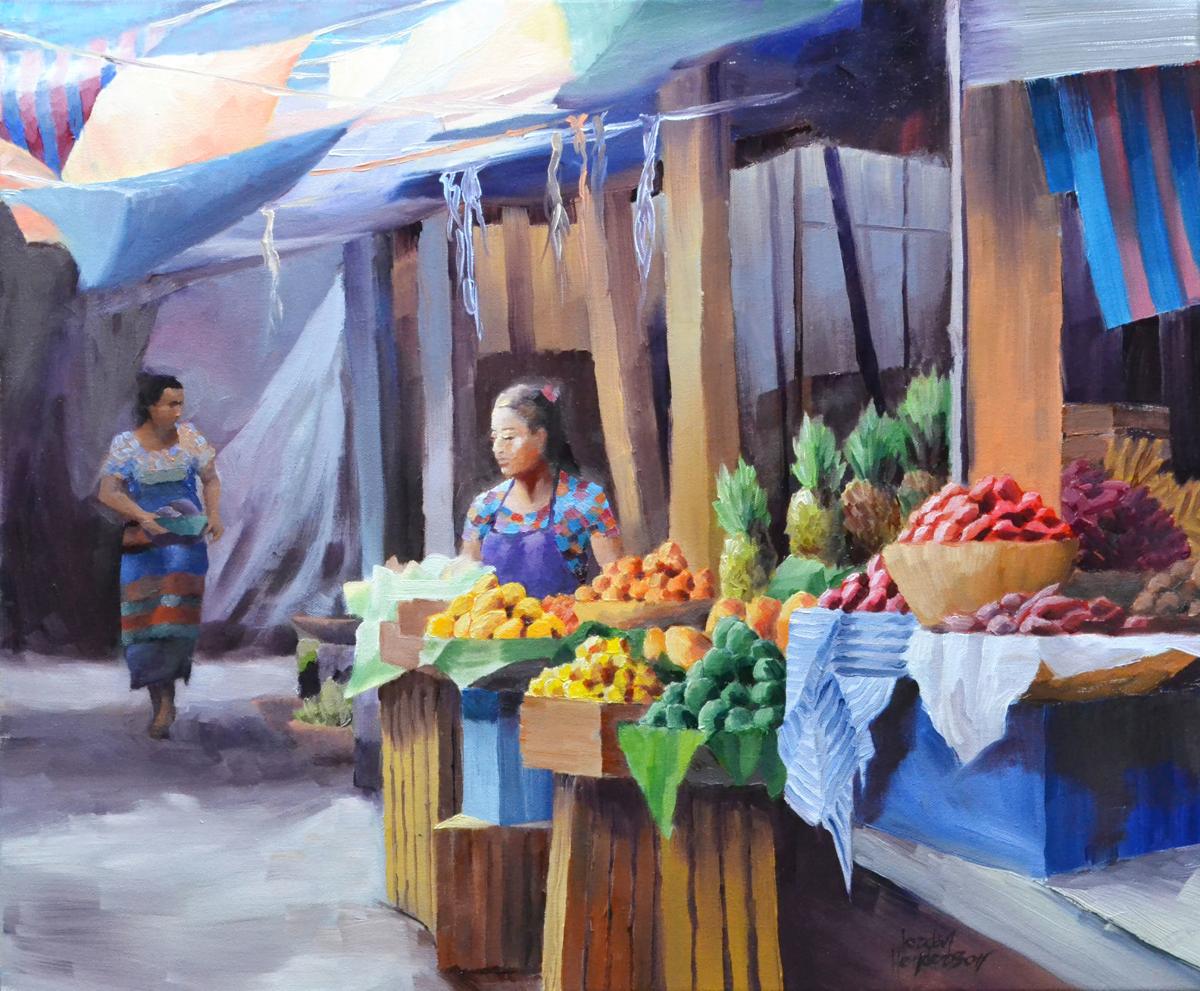 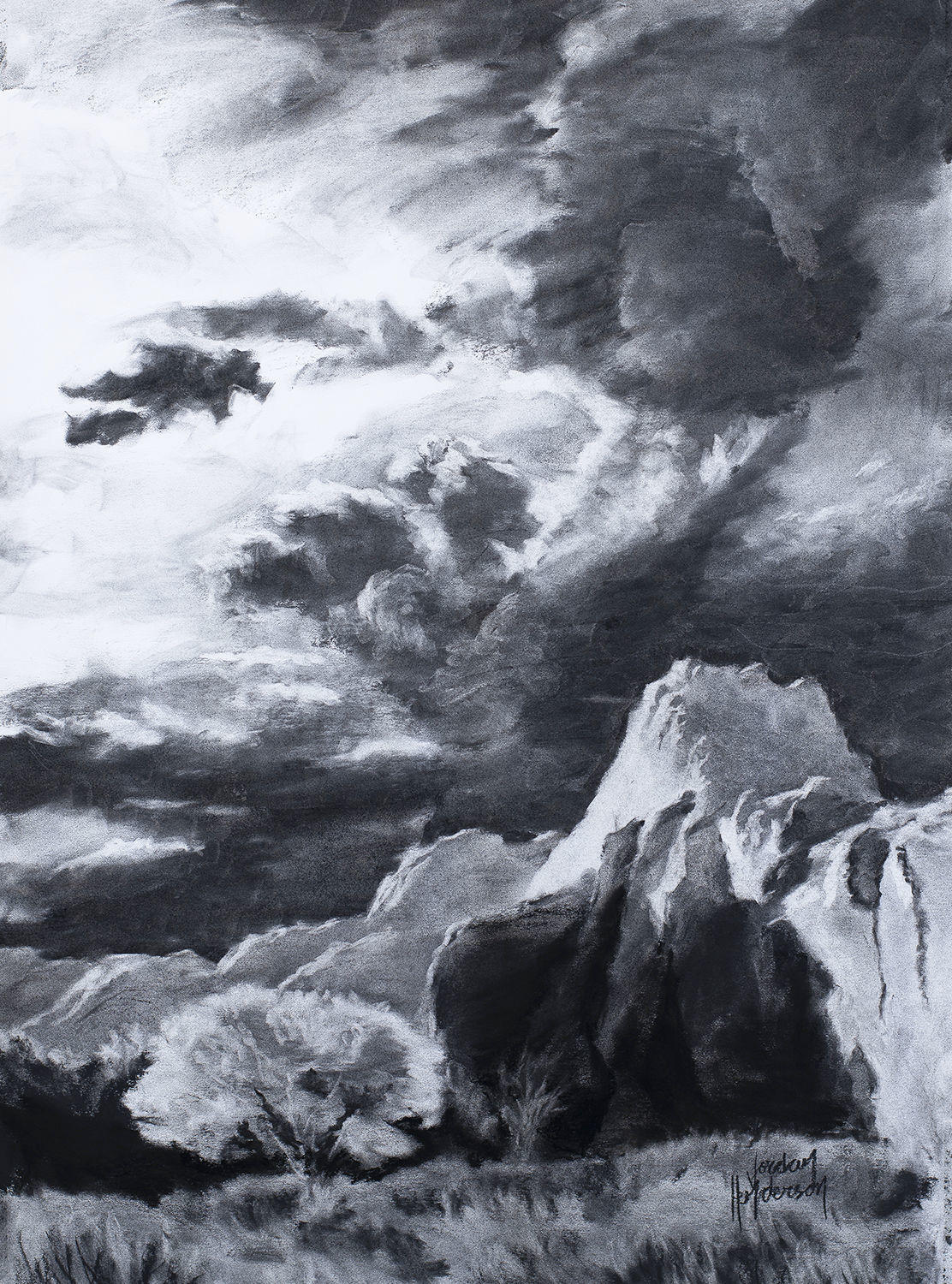 Jordan Henderson works at his studio in Dayton.

Jordan Henderson observes a work-in-progress in his studio. In the background, a comfy chair for his charcoal subjects to sit in.

DAYTON — The walls in Jordan Henderson’s new studio are covered in a sea of faces.

Striking black, white and gray faces stare back and evoke not only a depth of light and shadow, but a depth of soul.

It’s something the young Dayton artist started working on when he was a teenager, when he first picked up charcoal and began following in the footsteps of his father, Steve Henderson, another well-known artist in Dayton.

Jordan Henderson learned the trade from his father and dabbled with charcoal, watercolor and oil and never lost sight of his passion for art.

In 2015, he decided to put his focus solely on his artwork, but said he began to run into some consistent issues.

First, the practice: He continued his charcoal work and cranked out study after study on human faces and features.

“I just started doing tons of charcoal,” Henderson said while observing the walls of his studio.

“That’s why all these studies are up. These are things that I do not really do for commercial reasons (but) to constantly keep my ability up — to just recognize a face and interpret it, describe it to someone.”

The studies feature everything from the faces of his family members to historical figures such as Abraham Lincoln and portraits of American Indians by early photographer Edward S. Curtis.

That’s where the inspiration came from.

“When I first started, that’s an issue I had — what to draw and when,” Henderson said.

“I found anytime I decided to draw something I’m not really interested in I’ll fail. I’ll always fail if I’m not interested. I just can’t focus on it. But eventually as I started doing (the charcoal studies), you start seeing everything and you see the potential. You drive by some geese and go, ‘Oh, I’ve got to go study those geese.’”

Now everything is rife with composition in his mind.

“It can be really easy to view almost everything as a composition. Any building, any face, any animal ... which I suppose is not a bad thing.”

He started learning what details to include and which ones to leave behind. He imagined what was the most important detail on the figure rather than getting every detail perfect. It’s an ability known as draftsmanship, which he describes as the ability to see something and accurately portray it, though not as intensely as photo-realism.

It’s why a particular oil painting of a bull features washed-out grass and sky behind it.

As Henderson brought the piece to life, he realized the grass and sky didn’t matter as much as the bull.

So the background became more muted in order to enhance focus on the animal subject.

Inspiration is no longer a problem.

“At this point, there’s never a shortage of things that I’d like to interpret and describe with paint.”

But the paintings and charcoal studies wouldn’t have anywhere to thrive if it wasn’t for Henderson’s new studio.

On the backside of an industrial park, tucked up against the side of a hill, Henderson’s Dayton studio is in humble beginnings since he moved in only two months ago. But the space was the final piece of the puzzle for him.

Henderson said he had a few mishaps in business ventures before he returned to art.

He also worked over the summers as a wildfire fighter in order to save up money while still allowing time for art during the off months.

He hopes to be able to do more shows and be featured in more galleries as he builds his portfolio.

With only two months under his belt in his new space, he hopes that he’s only scratched the surface of the depth of artwork he’ll be able to dive into.

The sea of faces could grow into an ocean of possibilities.

“Each week, my goal before anything else is to get here and start painting or drawing,” Henderson said.

From practice, to inspiration and finding a new studio, Henderson will continue to explore the depths of light, shadow and soul.

Some of Henderson’s work is currently featured at Blue Valley Meats in Walla Walla, the Dayton Historic Depot and the Wenaha Gallery in Dayton.