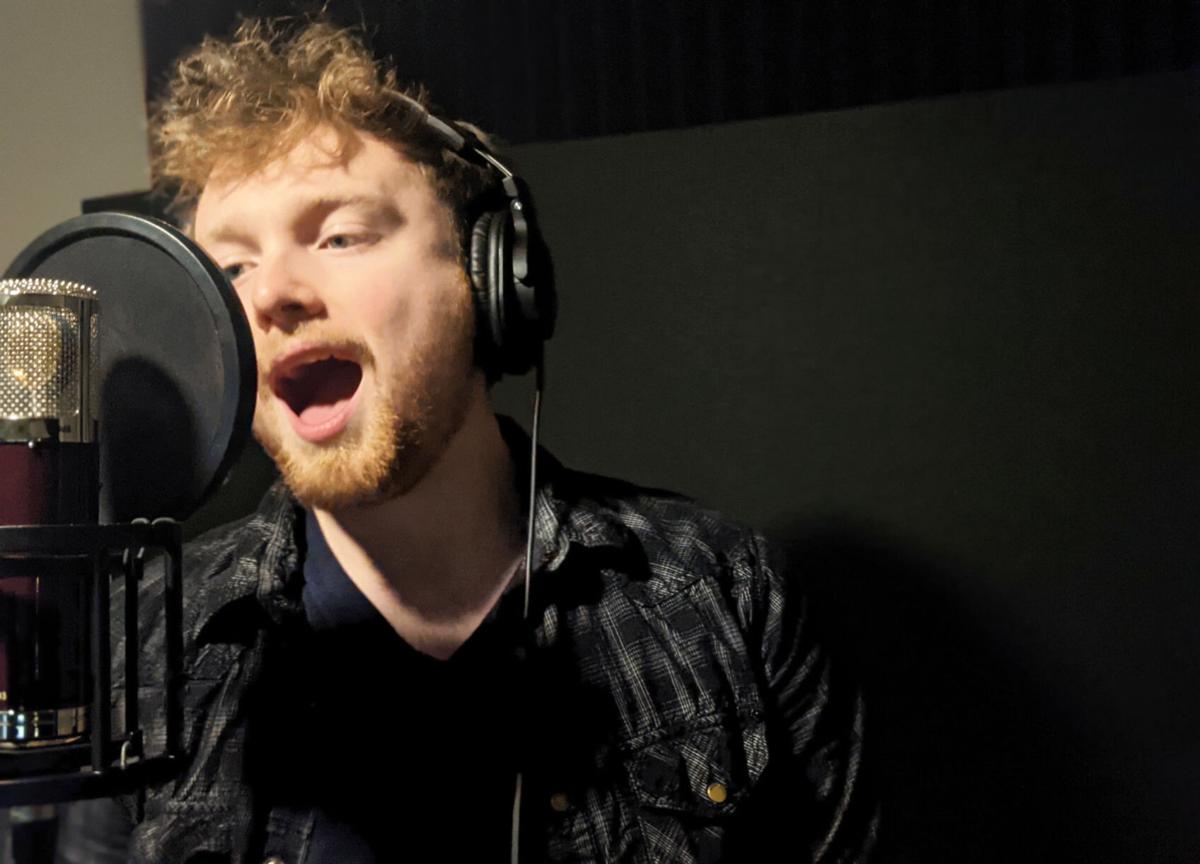 Walla Wallan Campbell Davis in 2019 at his home studio in Nashville, Tennessee. 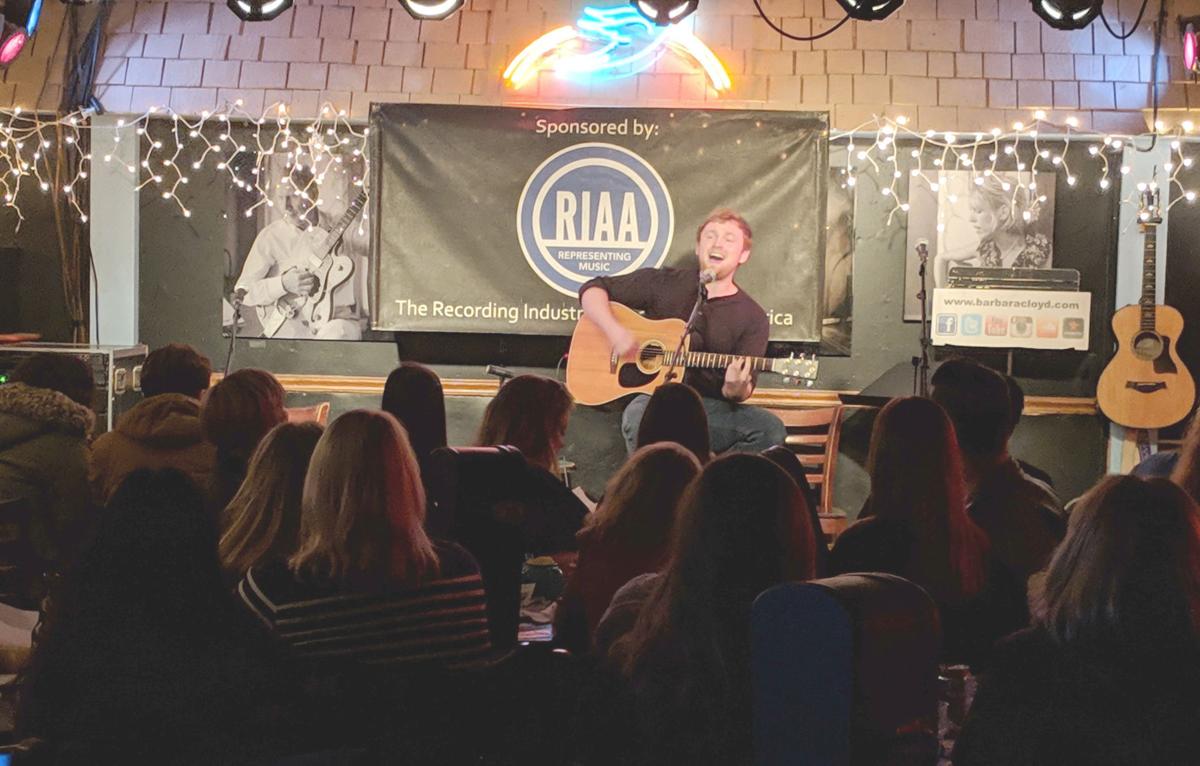 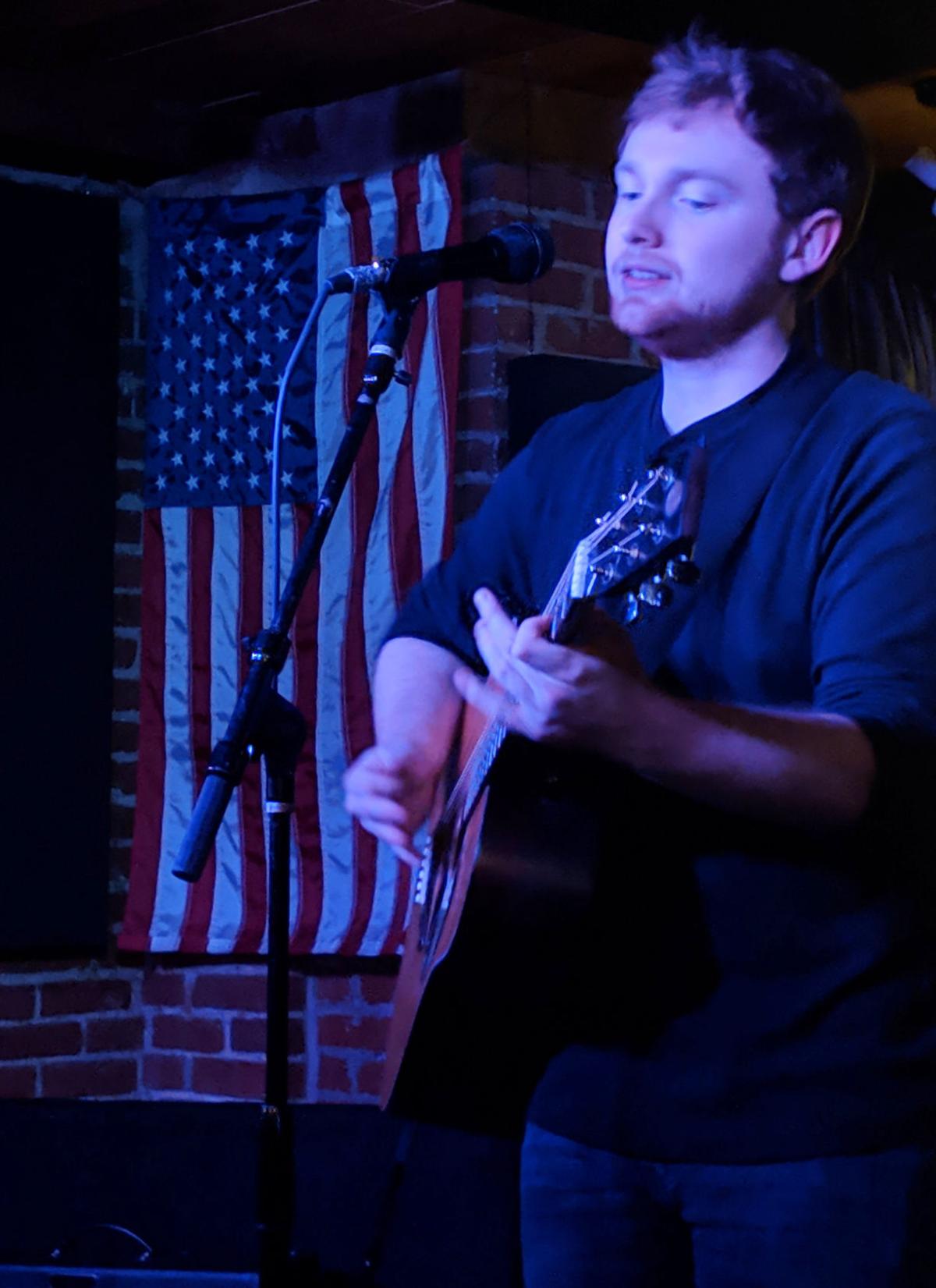 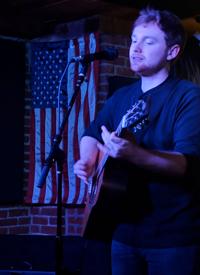 Walla Wallan Campbell Davis performs in 2019 at the Alley Taps in Nashville, Tennessee. 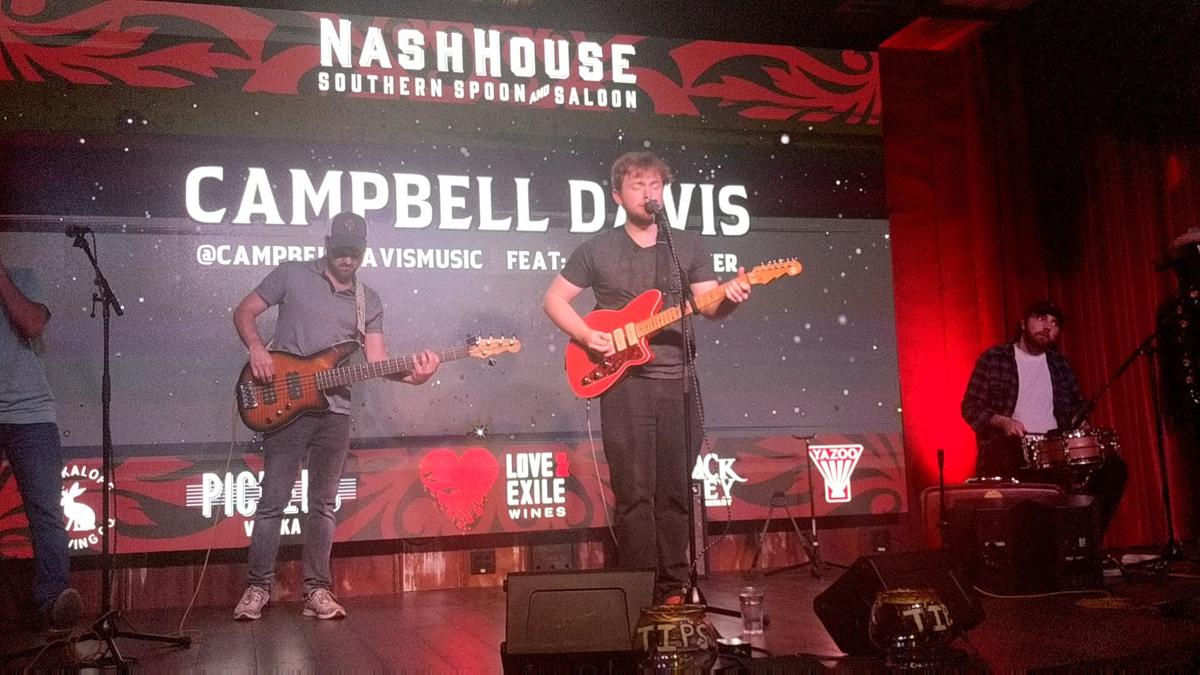 From left: Rob Menard, Campbell Davis and Arthur Stover perform in 2019 at the NashHouse Southern Spoon & Saloon in Nashville, Tennessee.

Walla Wallan Campbell Davis in 2019 at his home studio in Nashville, Tennessee.

Walla Wallan Campbell Davis performs in 2019 at the Alley Taps in Nashville, Tennessee.

From left: Rob Menard, Campbell Davis and Arthur Stover perform in 2019 at the NashHouse Southern Spoon & Saloon in Nashville, Tennessee.

Time in quarantine has been fortuitous for Walla Wallan Campbell Davis who has used the coronavirus pandemic to compose lyrics and music and record while hunkered in at his Nashville, Tennessee, home.

The pandemic feels a little weird, he said. But with it have come opportunities to record an extended-play mini album in his home studio. He released the EP as a series of singles in 2020.

“It was really a great time just to not go out for a period of months and be inside honing my craft and producing myself,” Davis said.

He’s combined the creativity in his studio with employment by a woodworking company, mainly in excavation, pouring concrete, putting together fencing and other tasks.

His process involves venturing into uncharted musical territory by growing as a musician, recording, writing and touring. He characterizes his evolving style as more indie rock, which he said has its roots in old-school country and pop. But he allows that music is in the ear of the beholder so the style may be perceived as different depending on who’s listening — and he’s fine with that.

“I’ve always enjoyed every style, all genres,” he said. “It’s foreign to me when people are tribalistic about music. You should have a diverse media diet — you don’t eat the same thing for every meal, it doesn’t make sense to only listen to one type of music.”

In 2020, his efforts were a collaborative effort with former roommate, “amazing drummer” and engineer Arthur Stover, who showed Davis the ropes. Also helping was Davis’ boss, Rob Menard, who for quite a while played bass for country music singer-songwriter Luke Combs.

Nashville is a big draw for songwriters, Davis said, because of its very welcoming culture of collaboration and co-writing. He’s written quite a few songs with Logan Piercey and performed a lot, helped run sound at the restaurant bar and performed there from time to time.

Davis has also supported himself running sound for the restaurant Menard managed and worked as a handyman at Menard’s greenhouse. Nashville is in Phase III for COVID-19 guidelines, which allows 100 patrons or half capacity in restaurants so Davis can run sound at a couple of restaurant venues.

He’s also interested in becoming a luthier — a maker of stringed instruments such as violins or guitars. As such, he’s repaired his own guitars and took his first electric guitar through four different iterations with its body style, repainting and refinishing and applying new pickups.

Davis has been steeped in music since birth. He grew up in a musical home in Walla Walla were he was born on Nov. 17, 1996.

Early influences are his parents, Kevin and ReNae Davis, who performed for years at Disneyland in Los Angeles and Tokyo Disneyland. When they brought their family to Walla Walla from Los Angeles, they sang around the house, Campbell Davis said. He heard a lot of show tunes, describing them as Broadway “music-esque.”

“Music was always around the house, it seemed like what you do,” he said.

He expanded his musical exposure by getting his parents to tune into classic rock on the car radio. At age 5 he began taking violin lessons and added piano at age 8.

“At age 12, I picked up a guitar, which made me want to pursue music,” he said. And that’s when he started writing original songs. Now, he plays piano, bass guitar and a little banjo and mandolin.

He ventured into public performing at that time, too, all locally.

“Before that I have vague memories of being at the Farmers Market at 5 or 6 and singing with the family while mom played piano,” he said.

Mentoring his avocation also came from the home front.

“Absolutely my parents have always encouraged me to pursue this as a career path,” Davis said. “They never discouraged me. Beyond that there are too many people to list, a string of meeting supportive people, like-minded people to collaborate with.”

At 15, Davis opened on July 21, 2012, for reggae star Ziggy Marley’s Wild & Free tour at the Walla Walla County Fairgrounds. Davis played a set of six or seven songs with brother Parker Davis on keyboards, Tyler Garrett on bass and Austin Garrett on drums. Theirs was one of two opening acts.

Davis auditioned for a spot on the fifth season of American reality talent show The Voice, which premiered on Sept. 23, 2013, on NBC. Davis spent the better part of a year flying back and forth to Los Angeles for three tiers of national auditions, rehearsals and filming footage for them with the goal to be on the show. They started with 100,000 contestants, he said. He interviewed with producers and host Carson Daly, but ultimately wasn’t selected.

“I’ve considered trying again, but am more interested in building a following myself, recording more music and getting my presence to the forefront,” he said. “Most of The Voice contestants already have a large social media following.”

At 17, Davis sang “The Majestic” and won first place at the Talent of the Valley Competition in August 2014.

He graduated from Walla Walla High School and the Running Start program at Walla Walla Community College in 2015. In 2018 he earned his music business marketing degree from Berkeley College of Music in Boston.

After college he returned to Walla Walla and worked for a time, but moved to Nashville in January 2019. He’d recorded his second album at 16 in Nashville and liked the town and its energy.

“I knew that’s where I wanted to be. Many pick New York or L.A. but Nashville is more small-town, the way it feels,” he said.

Yet its feel is changing from when he first visited.

“With 100 people moving there a day, it’s different now, changing now,” Davis said. “Nashville is a big industry town, but you can still live there relatively affordably. People are moving out of L.A. and New York, being forced out by housing prices. My friends are being priced out or living with eight people to make it.”

Look for some of Campbell Davis' recordings on Spotify at ubne.ws/2ZmVJvM: 2020 singles "Shatter," "Pick Me," "Another Tuesday," "Reborn" and "Everybody's Talking;" and from 2013, six songs on "Howl at the Moon," which he recorded in Nashville.