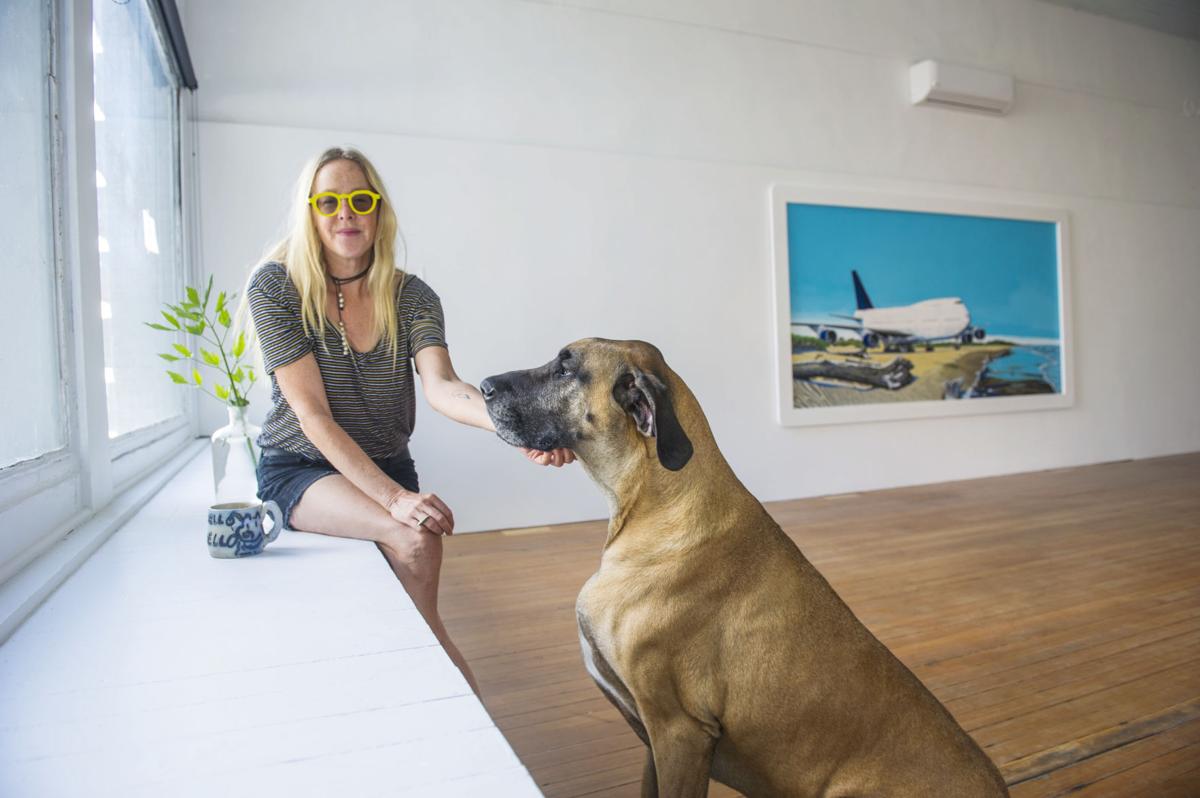 Claire Johnston with Moon at the Art X Agent gallery in Waitsburg. 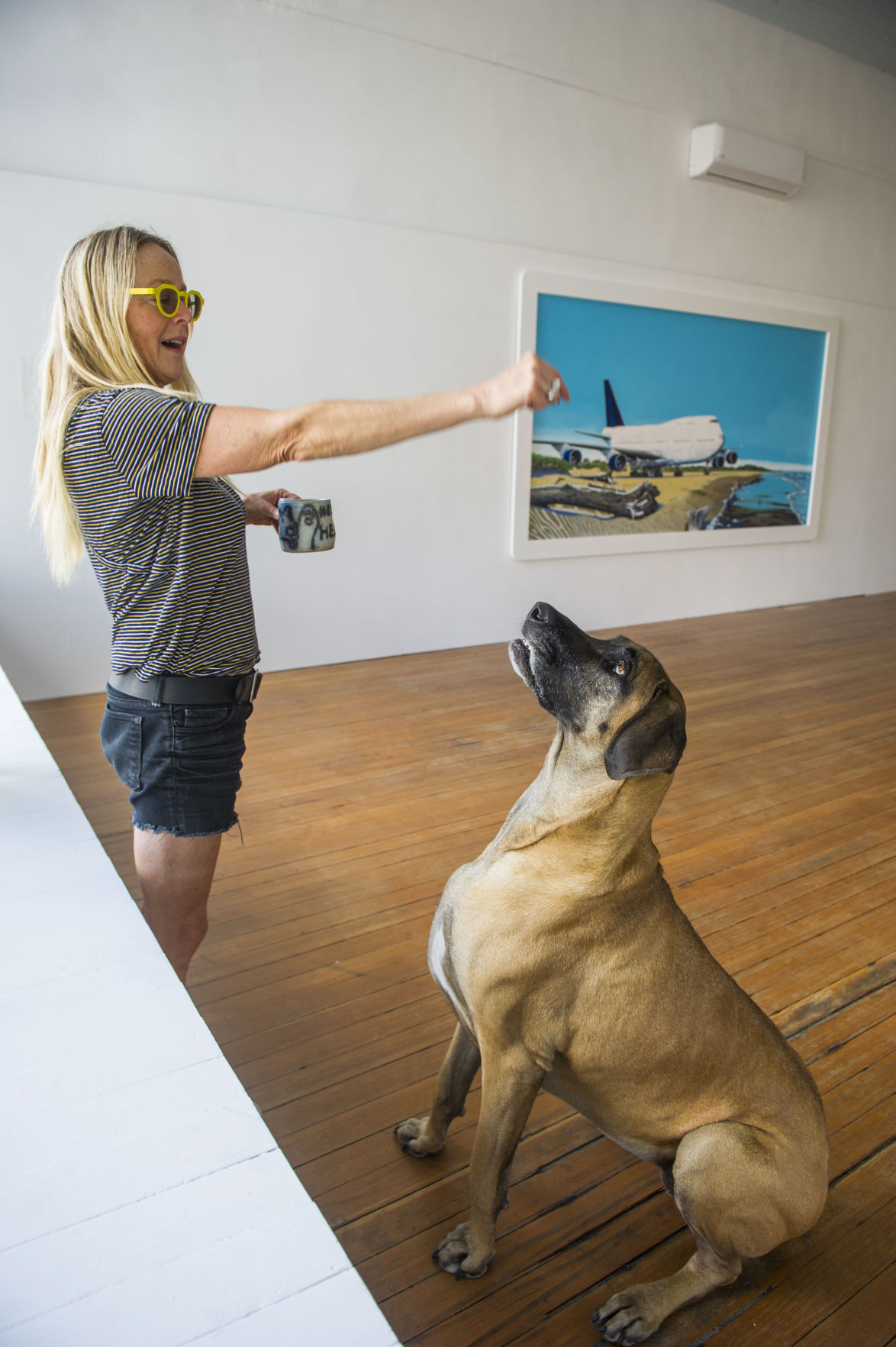 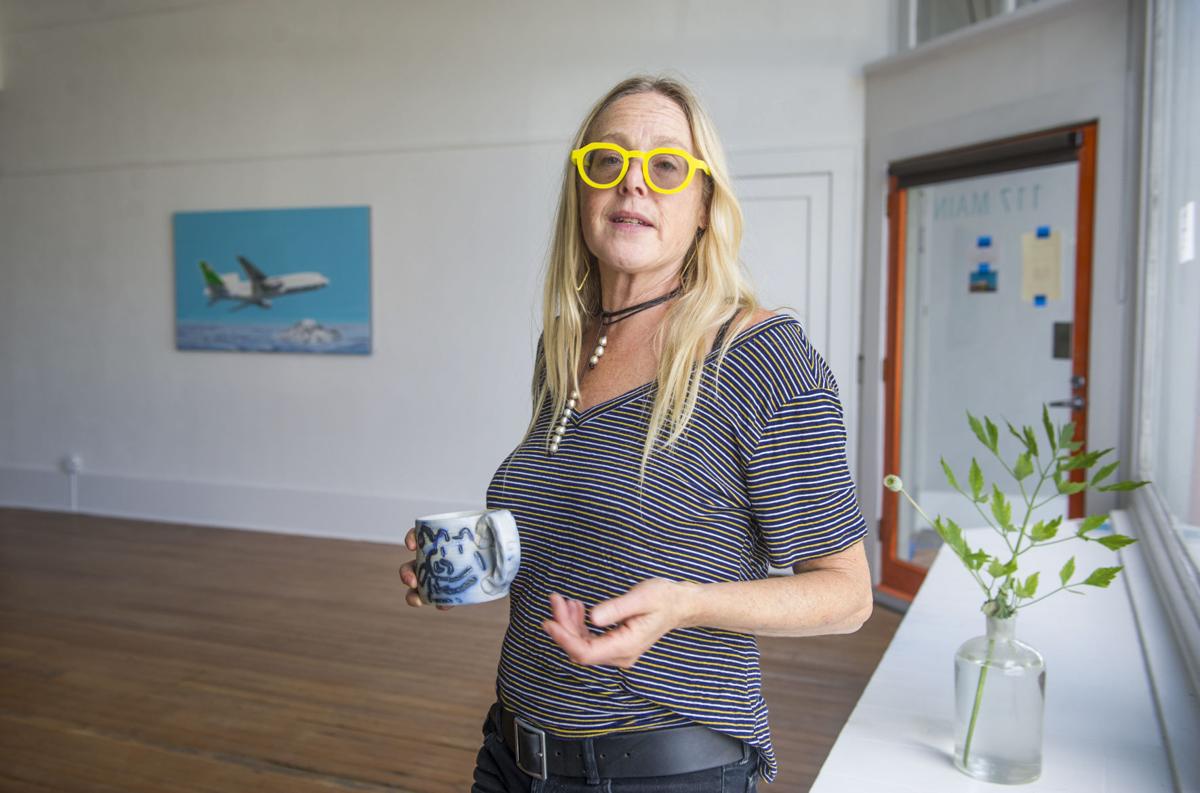 Claire Johnston at the Art X Agent gallery in Waitsburg. 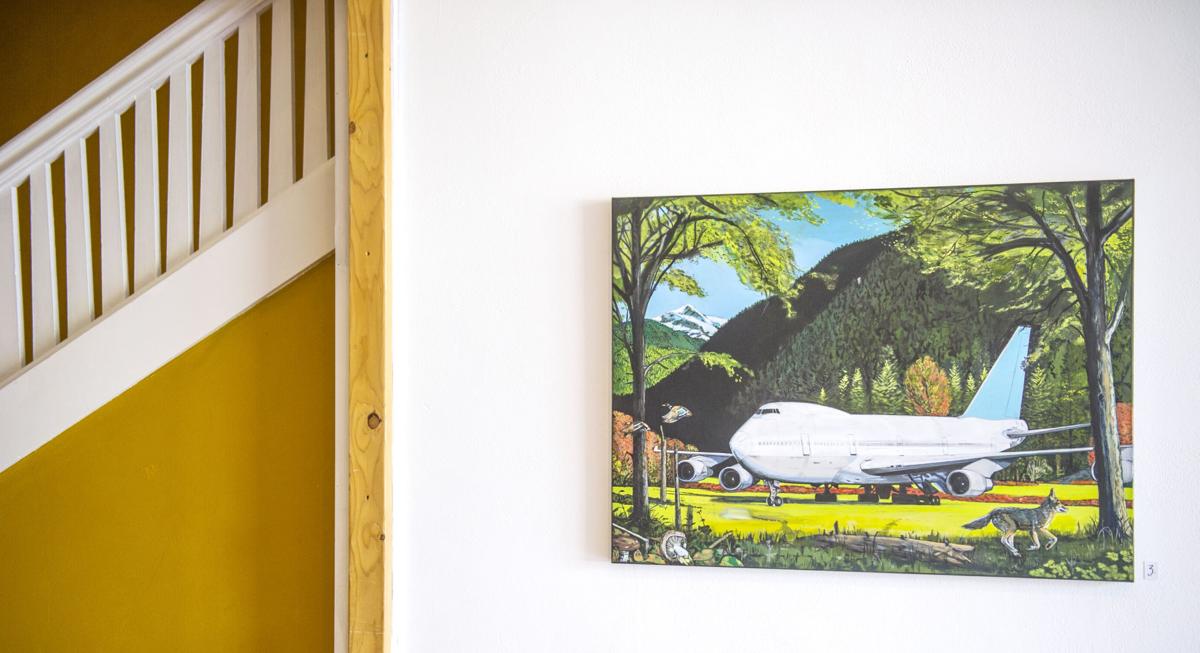 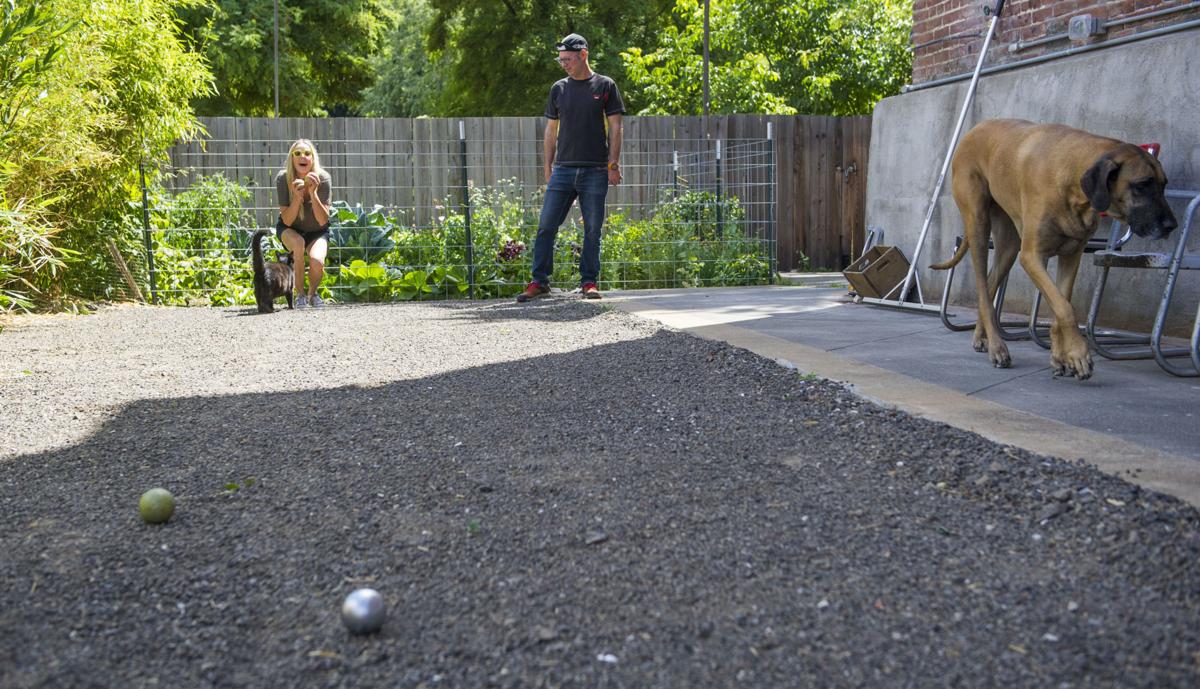 Johnston and Jim German roll boules in a game of pétanque on the side of Art X Agent gallery. 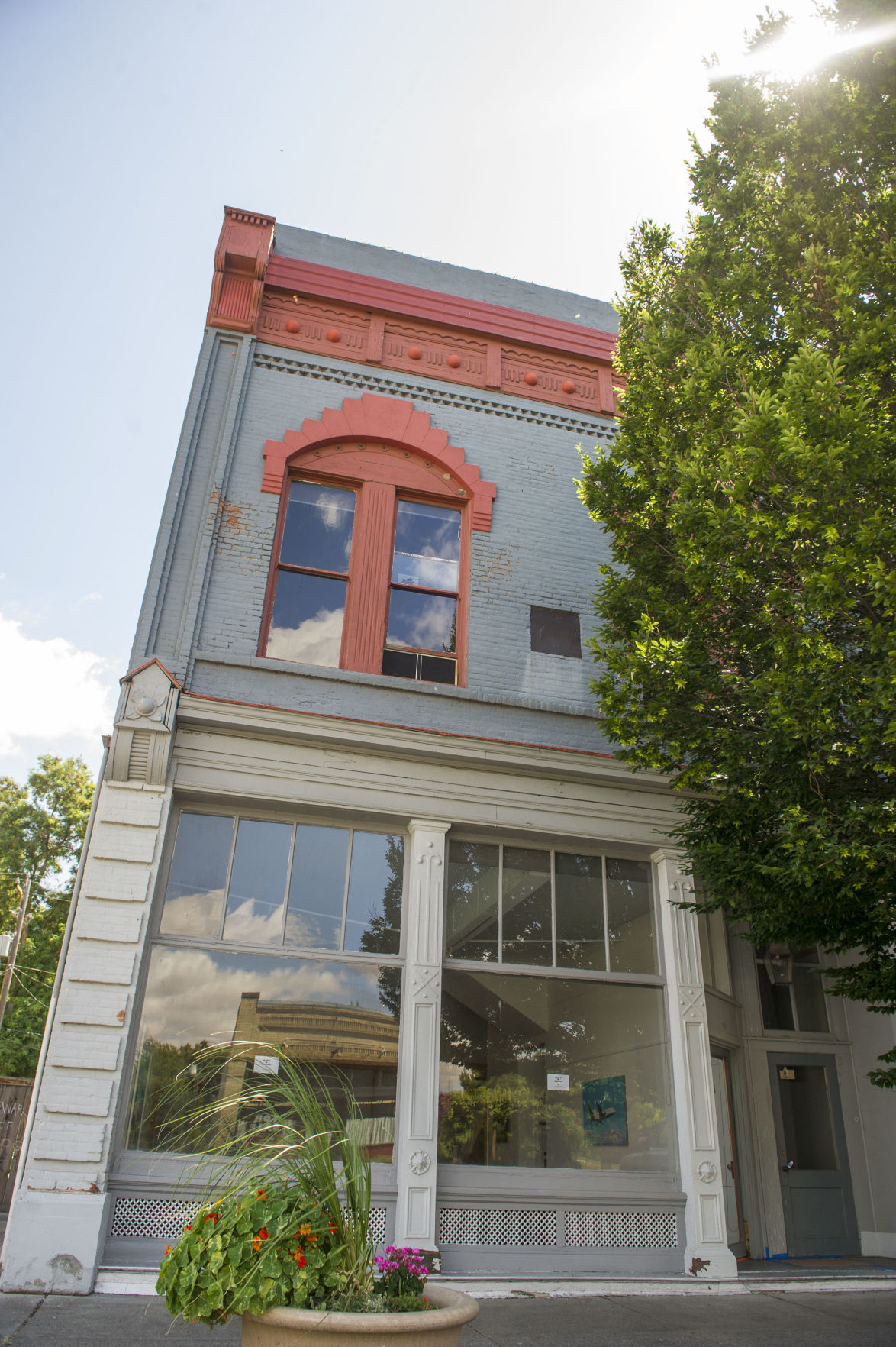 Claire Johnston with Moon at the Art X Agent gallery in Waitsburg.

Claire Johnston at the Art X Agent gallery in Waitsburg.

Johnston and Jim German roll boules in a game of pétanque on the side of Art X Agent gallery.

WAITSBURG — Claire Johnston believes in the fluidity of life.

She believes in the power of art and the people it draws together.

Most of all, Johnston believes in Waitsburg.

To that point, the artist and gallerist has once more opened an art gallery on Main Street and she’s named it “Art X Agent.” The symbol is not an “X,” Johnston said, but means “times.”

It means her new gallery will evolve and change, to respond to community input and new ideas, she added.

“I have this idea about being an agent for change, and whatever that means. It’s open-ended — for food, for art, for music and dance or any kind of movement.”

Johnston has made a career in the art world since graduating with a degree in fine arts from Seattle’s Cornish College of the Arts.

Not long after getting her diploma, she traveled around the world as manager of touring exhibits for the Museum of Contemporary Art in Los Angeles, then as a project manager for renowned video artist Bill Viola for seven years.

In 2004 the couple saw Walla Walla as a place to land and leave metropolitan life behind.

“We wanted to move to a smaller location and live in the country,” she said.

Johnston and German didn’t realize what level of country that would soon mean.

A month after moving here, they traveled to Waitsburg with friends who were looking over the building that would eventually become the original version of Whoopemup Hollow Cafe.

“And across the street we saw these amazing buildings with ‘For Sale’ signs,” Johnston recalled.

“We thought ‘Those are cool. We can have an art gallery.’”

In 2006 that’s what happened. Johnston named the space AMO Art and hosted about six shows a year for two-month stints.

German opened the “jimgermanbar” next door, known for creative cocktails and food to match.

Johnston, with no previous cooking experience, became the chef behind the menu.

“That was a delight for about eight years,” she said.

Again, family needs took Johnston back to Seattle for a spell.

“But now I’m back and I have this idea for a new gallery,” Johnston said, noting Art X Agent opened with a sitar and tabla music event last month.

She says she is encouraged by other efforts in Waitsburg, including this year’s purchase of the Waitsburg Times newspaper by a new owner, and Ten Ton Coffee shop on Main Street that also exhibits art.

Waitsburg, Johnston pointed out, “has so much opportunity and availability” at the right price point.

“But it takes inspired and creative people to have a dream. It does take a village and it takes people.”

Art in every form has always been Johnston’s currency, the air she breathes. It’s what she brings to the table in Waitsburg, a yearning to make a space for anyone to explore.

She has plans to offer yoga, for example. Too, Johnston would like to make the building’s garden accessible for use, and look at having a grill station and pizza oven.

Possible options include food-centered special events and renting the gallery as a wedding and dinner party venue.

“I’m trying to offer things to get people out on a beautiful drive through the country to a new and different space.”

In August, Art X Agent will feature artist Jim German’s work, and in September the artist Rachel Maxi will be featured.

The gallery is open Saturdays, noon to 6 p.m., or by appointment.

Yakima ‘moving in the wrong direction’ as coronavirus hospitalizations spike

YAKIMA — Hospitalizations for COVID-19 continue to increase at Virginia Mason Memorial Hospital in Yakima, including younger Latinos who are getting sick in greater numbers. Tuesday saw the hospital’s all-time high with 36 COVID-19-positive patients and nine awaiting test results, said Dr. Tanny Davenport, ambulatory division chief. Eleven of those patients were on ventilators. Along […] Click or tap here to read more