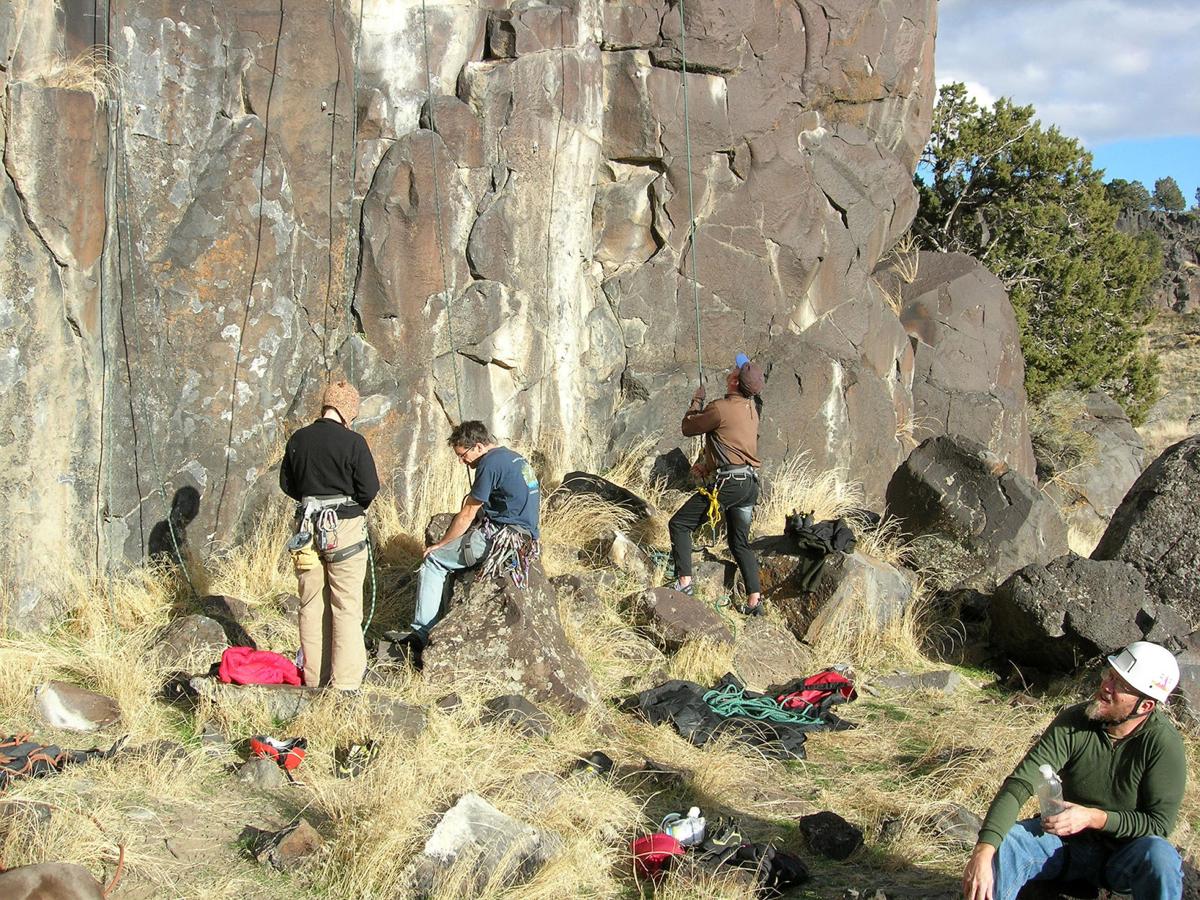 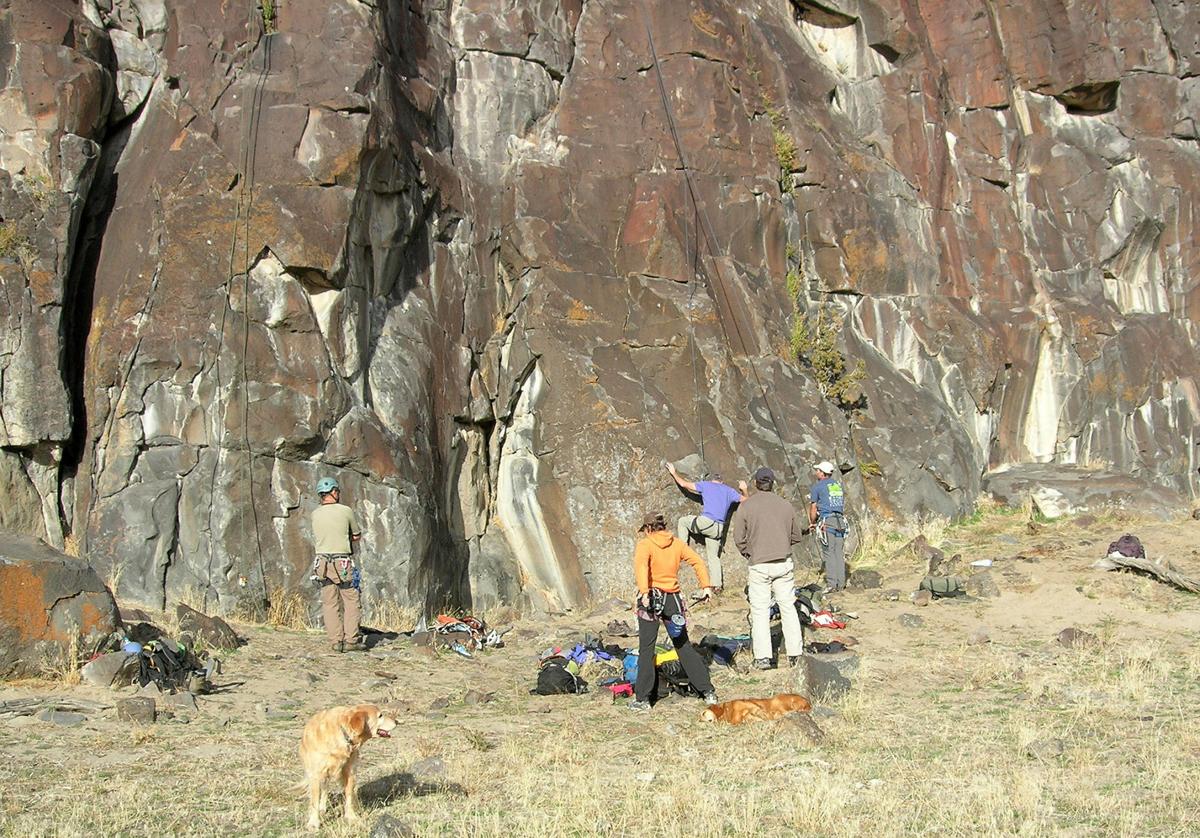 Although it may look like it to some recreational users, the Bureau of Land Management said it is not playing politics with proposed controversial restrictions to the desert land west of American Falls, commonly known as Massacre Rocks.

Formerly called the American Falls Archaeological District by the BLM, the area is just north of the Snake River and west of American Falls, across the river from Massacre Rocks State Park.

Called the Cedar Fields Draft Environmental Impact Statement, the alternatives range from keeping the status quo to applying restrictions to certain activities in the area, namely rock climbing and off-highway vehicle use.

The BLM will gather statements on the alternatives until Nov. 10, finalize their plan, and are expected to implement it sometime next year.

The agency stated its preferred alternative is to implement the most restrictive plan.

The original proposal to apply restrictions was brought up in 2011, rehashed in 2017 and 2018, and is coming to fruition now.

The BLM said the timing is not politically related to different federal administrations.

“It took a few years,” said Mike Courtney, district manager at the Twin Falls BLM office. “It never went away. We’ve been working on this since it started all those years ago. It was a continual thing that is now coming to fruition.”

Courtney said the agency is obligated by law to protect the cultural resources found in that area because of its historical designation.

“For over 12,000 years, the Shoshone, Bannock and Paiute peoples occupied these lands and the significance of the Archaeological District to these tribes cannot be overstated,” Courtney said. “The BLM is committed to balancing protection of cultural and sacred values with compatible recreation uses.”

Ken Crane, BLM field manager in Burley, said the BLM favors the most restrictive of the alternatives, banning rock climbing and restricting off-highway vehicles to a few designated paths.

There are currently about 700 bolted routes in the area.

Climbers have been visiting the area for more than 30 years.

“I think that before we entertain something like a closure, we should do a whole lot more to inform and educate the public about where it’s appropriate to engage in various forms of recreational use,” Burr said. “I always will fight for increased management over closure. I think the BLM and Bureau of Reclamation should adopt one of the alternatives that leans more toward a management approach rather than a closure approach.”

Burr said the value of the outdoor experiences can rank as high to one group as cultural values to another group.

“I think that in certain times and places the level of meaningfulness that comes from these recreation experiences is as high as any other uses of these lands,” he said. “And it deserves protection.”

Some local climbers are becoming resigned to being shut out of much of the area.

“I don’t think there’s anything we can do about Massacre,” said Vernon Phinney of the East Idaho Climbers Coalition.

The group was formed in response to the proposed climbing closure in the Massacre Rocks area.

“It’s a lost cause,” Phinney said. “They are eliminating about 75% of the climbing at Massacre.”

Although restrictive to climbing and off-highway vehicles, the ban does not prevent horseback riding, hiking, hunting, fishing, camping or cattle grazing.

“We’ve submitted statements about how we’ve maintained the area and kept it clean,” Phinney said. “They’re saying how we’ve torn it apart. We’ve done extensive work to maintain it and keep it clean and not have a big environmental impact. ... We feel insulted because they are not taking into consideration any of our input. We’ve climbed there for 32 years. There should be a legacy for climbers but there’s none.”

Crane said the new restrictions are expected to go in place within a year.

In the meanwhile, his office hopes to redirect ATV users and rock climbers to nearby opportunities without restrictions, such as the Lake Channel area, known by rock climbers as Teddy Bear Cove, so named because the cliffs roughly look like a teddy bear on the Google Earth maps.

“That’s an area that we’re trying to redirect people to go,” Crane said. “That’s a mix of BLM, private and state lands. It’s very popular. It’s a growing interest by climbers, of course, but it’s also an area that’s very popular with motorized.”