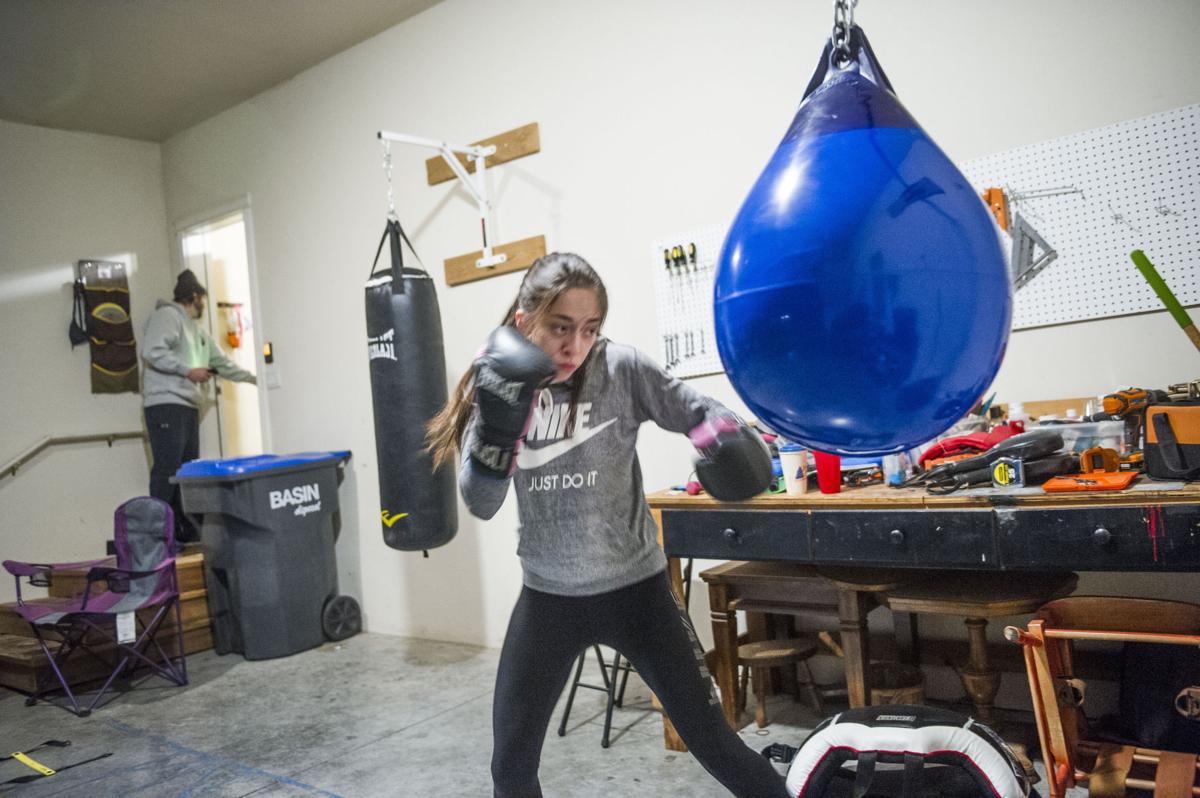 Rosalee Ruiz works over a bag during a recent training session at her coach Michael Blanc’s garage. 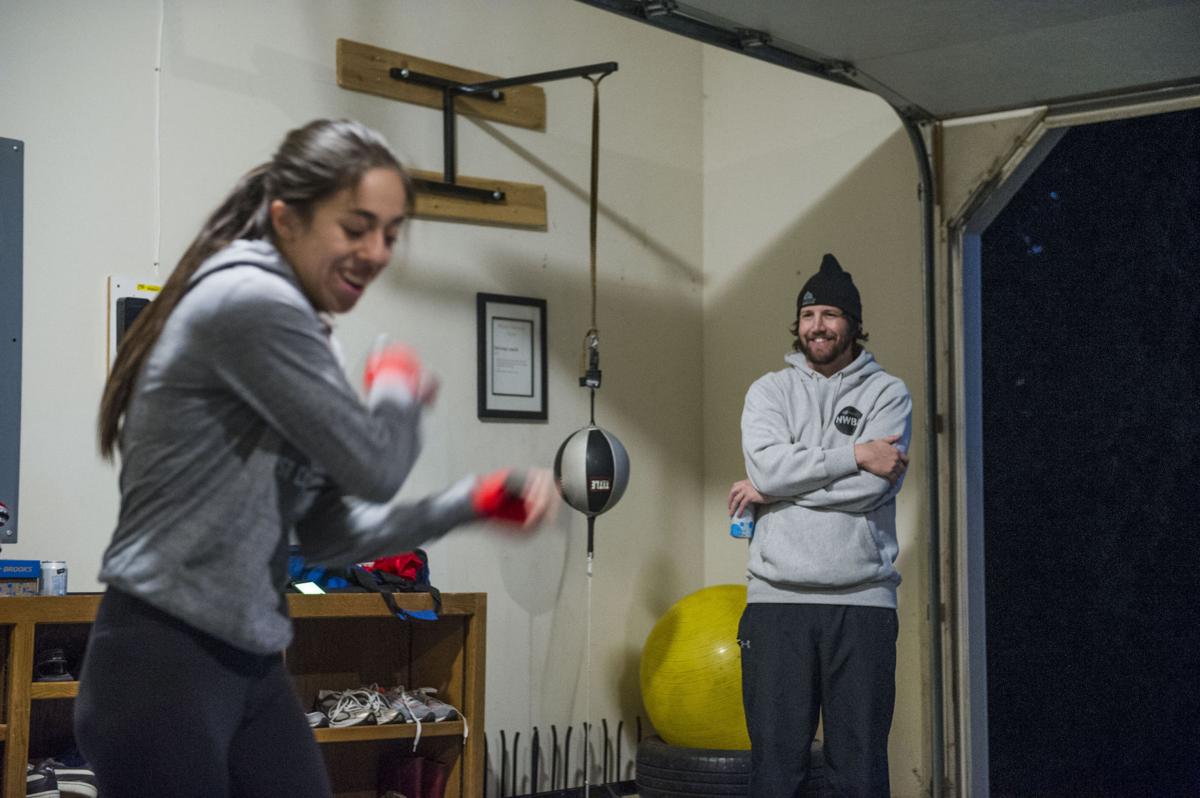 Rosalee Ruiz laughs as she warms up with a jump rope with her coach, Michael Blanc’s looking on. 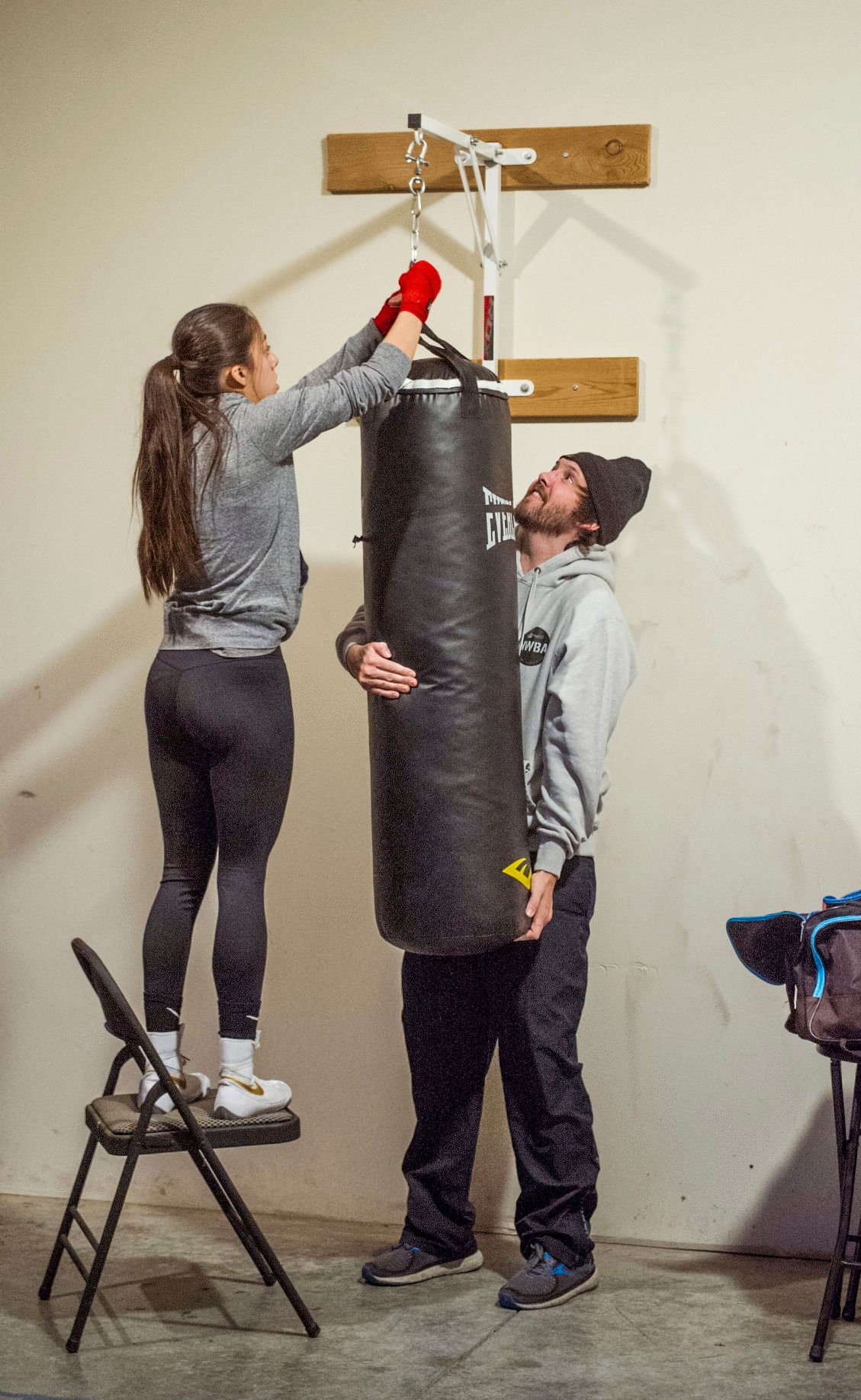 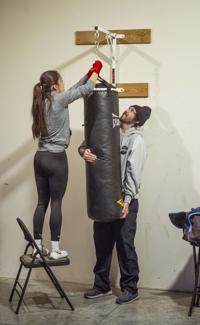 Rosalee Ruiz and Michael Blanc hang a heavy bag prior to a workout in Blanc’s garage. 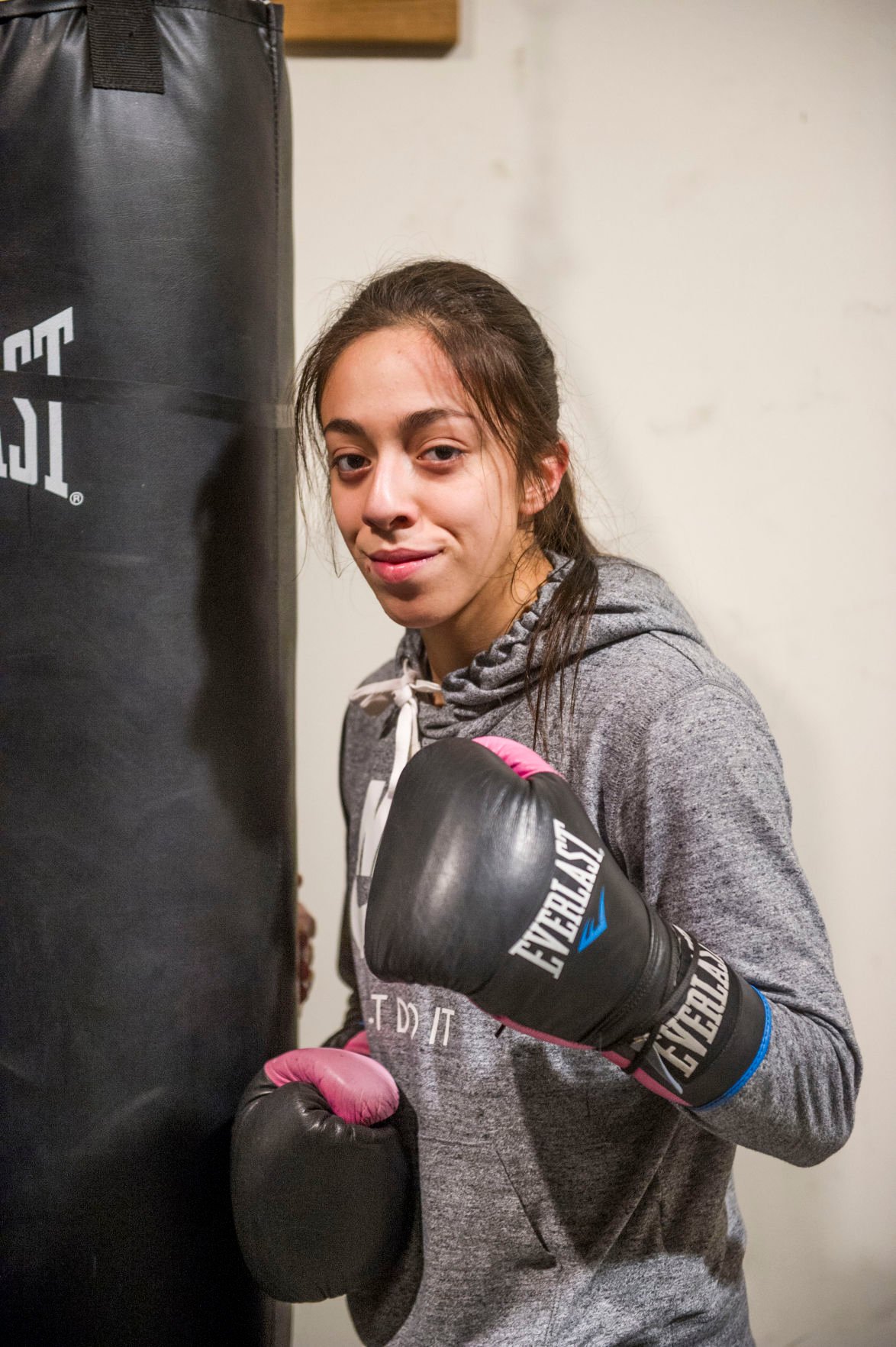 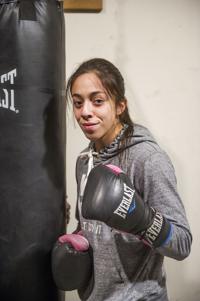 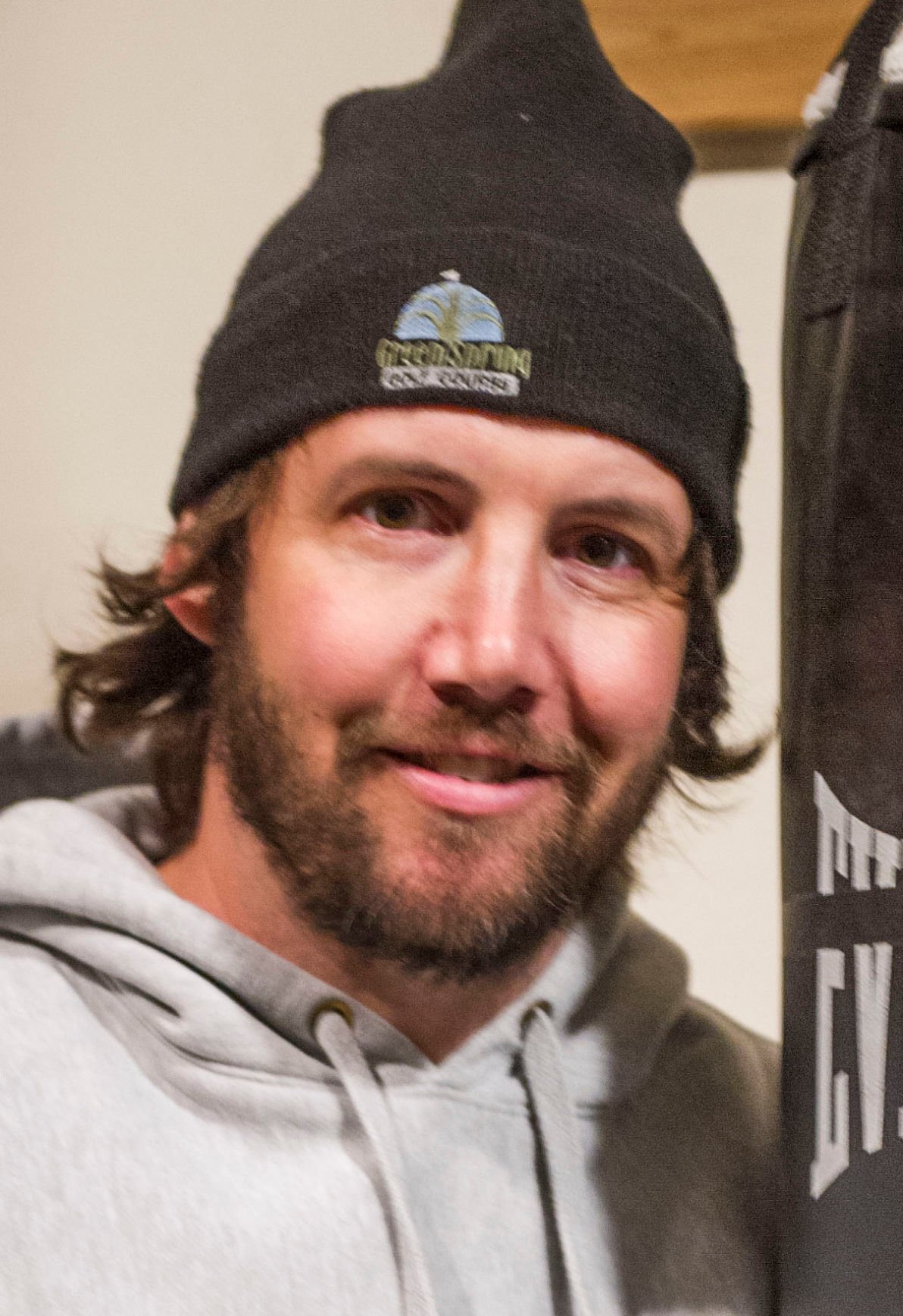 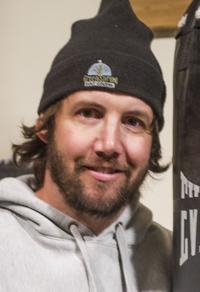 Rosalee Ruiz works over a bag during a recent training session at her coach Michael Blanc’s garage.

Rosalee Ruiz laughs as she warms up with a jump rope with her coach, Michael Blanc’s looking on.

Rosalee Ruiz and Michael Blanc hang a heavy bag prior to a workout in Blanc’s garage.

Rosalee Ruiz’s boxing reputation around the Northwest region precedes her.

In December, she’s hoping that reputation will be nationwide.

Ruiz, a senior at Walla Walla High School, and her trainer Michael Blanc, head to Shreveport, Louisiana, on Dec. 5 to prepare for the single-elimination 2020 USA Boxing National Championships.

More than 1,200 boxers, from Pee-Wee through Elite levels, are usually in attendance.

Competition begins on Dec. 7, and if all goes as plans, Ruiz will emerge from the youth division as national champion at 125 pounds with bouts possible on Dec. 9, 10,11 12th

At 17, Ruiz has been boxing for three years. She met Blanc at a boxing facility in Walla Walla, and the two have been training together since.

Blanc owns Blanc’s Boxing Gym in Pendleton, but trains Ruiz in the gym in his Walla Walla home.

Boxing has helped Ruiz in many aspects of life.

“It’s meant a lot,” Ruiz said. “It’s helped me with my confidence, it’s helped me do better in school, and just being a better person. And I have anxiety, and boxing has helped with that.

Ruiz has had about 20 fights around the Northwest, and has sparred at the prestigous Robert Garcia Boxing Academy in Oxnard, Calif., as well as at other camps.

Ruiz’s performance in the ring has made it harder for her to find opponents in the Northwest.

“There’s no one in the Northwest that can fight with her,” Blanc said.

It takes five fights to qualify to compete at the USA Boxing National Championships, so Ruiz’s 20-bouts of experience should help her in Louisiana.

And she doesn’t expect nerves to be an issue as she tackles the biggest boxing competition she’s had.

“Obviously, you’re going to be a little nervous,” Ruiz said of the trip. “Other than that, I have confidence in myself and I know I can win.”

Ruiz may have up to three fights in Shreveport to win her division.

Ruiz’s training was interrupted for about a month after the COVID-19 shutdown hit in March, but Ruiz and Blanc then got her back running at the Wa-Hi track, and eventually returned to his gym.

Ruiz runs 3-5 miles each day on her own, and then joins Blanc for two-to-three hours of workouts in the gym with heavy bags, sparring, weights and jumping rope.

All her hard work has paid off.

Getting to the national tournament has been aided by a GoFundMe account as well as sponsors, mainly Dax Moreno Construction, both Ruiz and Blanc pointed out

Regardless of how this year’s competition goes, Ruiz plans to return to the national tournament next year, when she’ll be 18 and competing for a spot on the USA Boxing Team that will head to the Tokyo Olympics.

A victory in Shreveport would cap all of her hard work, Ruiz said.

“I’ve just been fighting, trying to get better,” she said. “And hopefully, it’ll all pay off at nationals. If I win, that’ll be my highlight.”