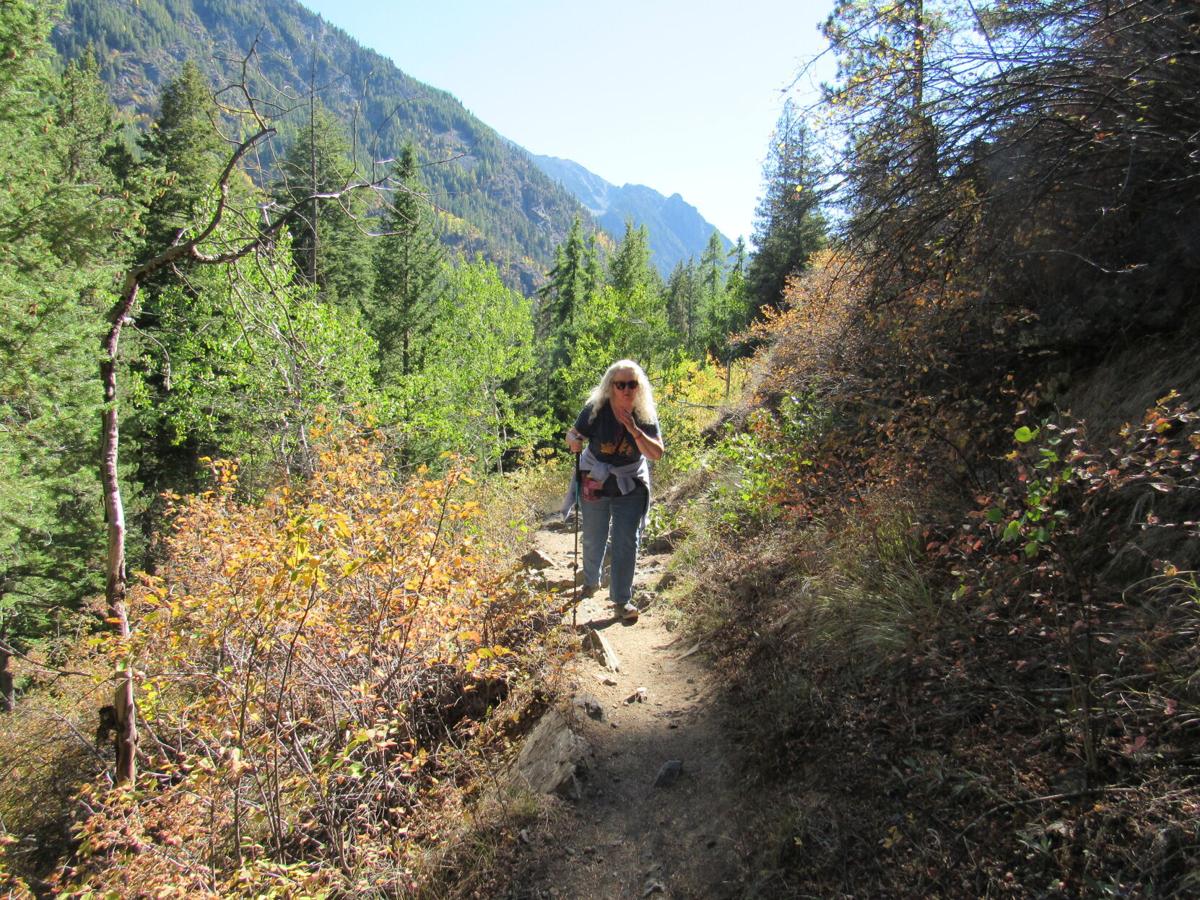 Wonder picks her way up the trail as the Eagle Caps soar in the background.

Fall colors are beginning to pop near the bridge over the West Fork Wallowa River. 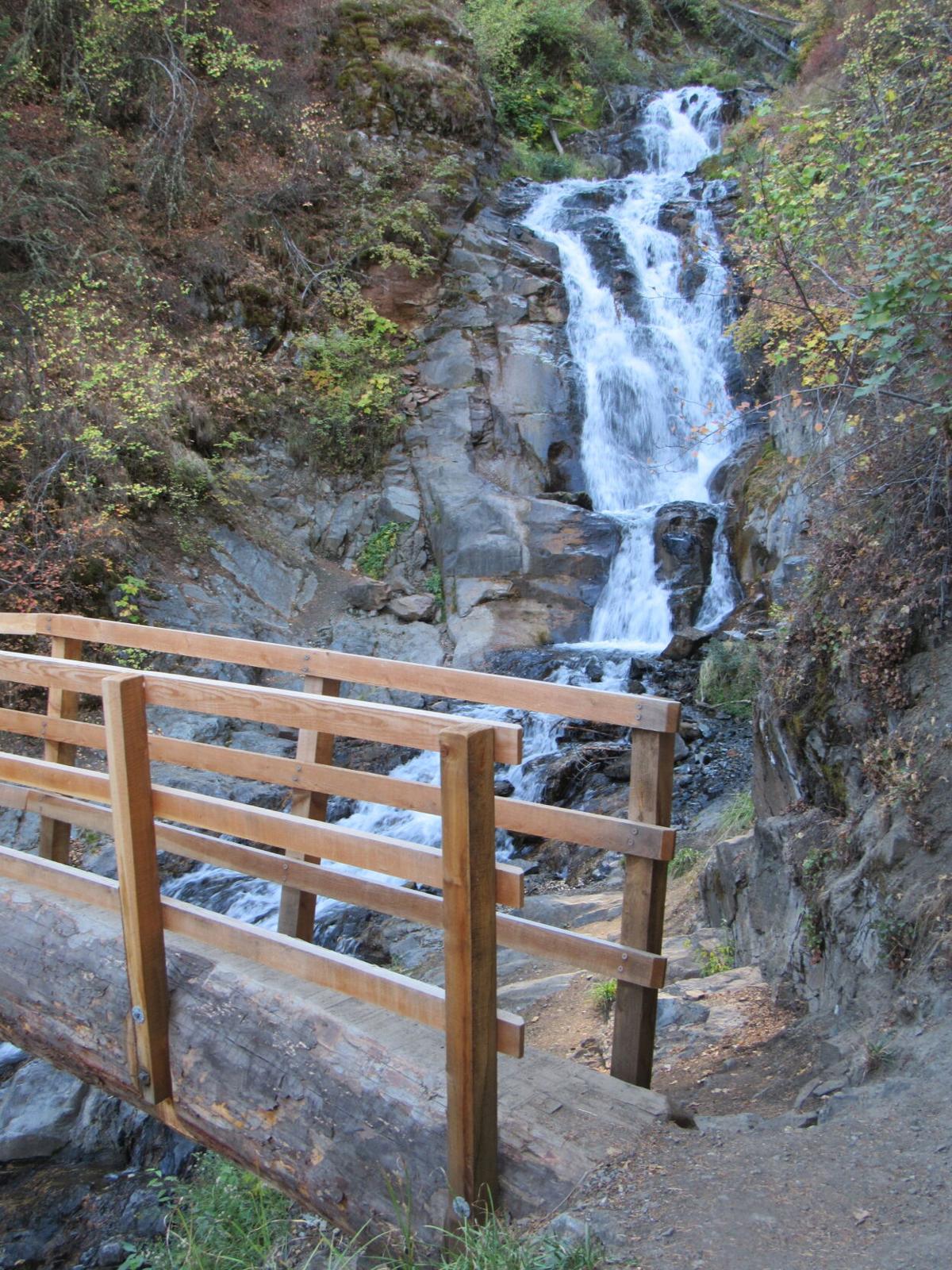 A log bridge is a welcome addition at BC Creek. 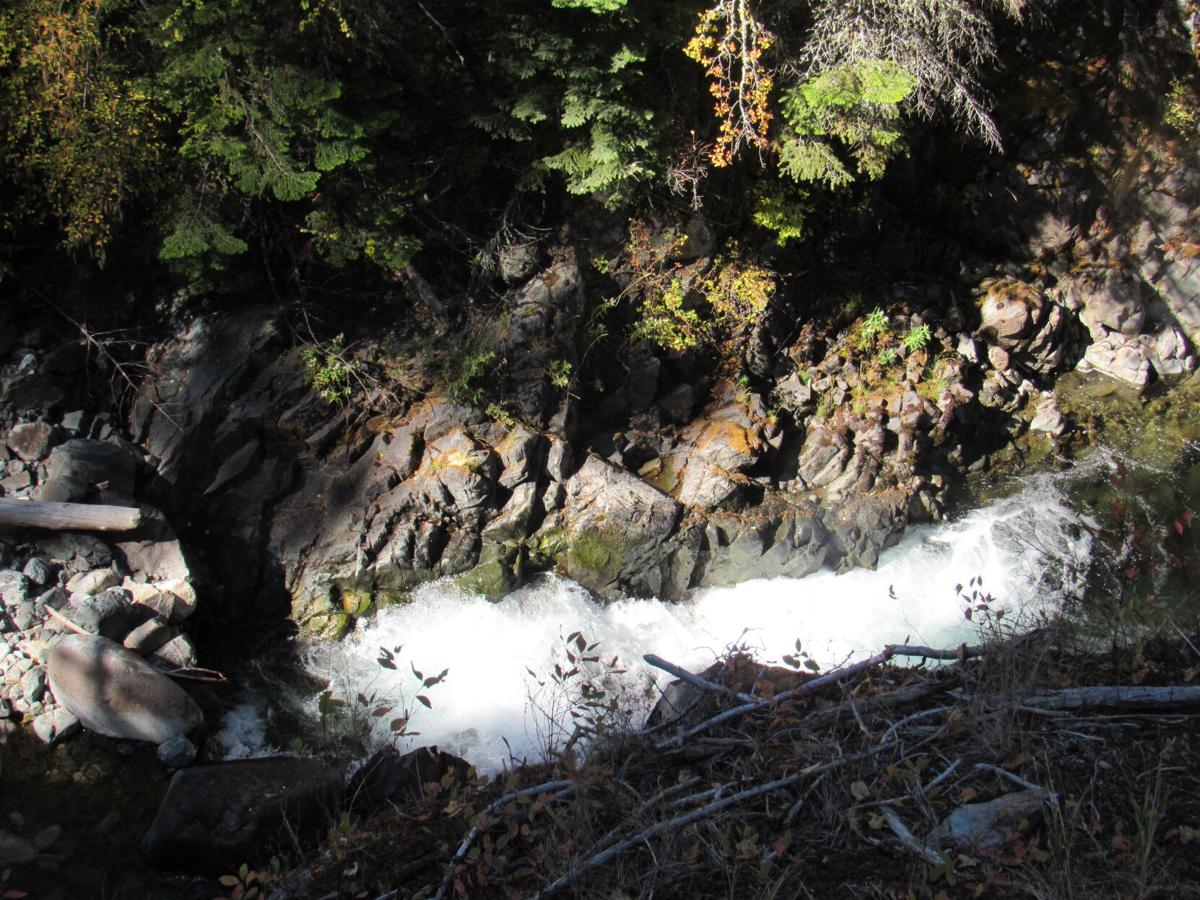 Wonder picks her way up the trail as the Eagle Caps soar in the background.

Fall colors are beginning to pop near the bridge over the West Fork Wallowa River.

A log bridge is a welcome addition at BC Creek.

A friend who is 79, a retired judge, often goes on rugged hikes he makes look effortless.

Eric is also a photography buff and shares his photos on Facebook.

Sometimes I travel vicariously — I have the sense to be an armchair hiker. I cannot hike every trail.

Occasionally, however, a photo hits me viscerally and I get the urge to go.

Such was the case when Eric presented photos of the Chief Joseph Mountain Trail to BC Creek.

The fall colors were starting to pop along the creek, which tumbles in gold-medal gymnastic style off Mount Joseph to an ultimate meeting with the West Fork of the Wallowa River.

Eric also is a spectacularly fit human being.

Despite running and bicycling, and being 15 years younger, I totter. Call it proprioception, or balance, issues.

They often strike people as they get older.

With caution and care, however, the call of the wild can be answered.

The hike begins at the Wallowa Lake trailhead.

On the trail we meet a 3-week-old “hiker,” carried by Dad and accompanied by Mom and Big Sister.

They start them early in these parts.

We turn right on the Chief Joseph Mountain Trail, and then bear immediately left. (The trail right goes to a viewpoint of BC Falls and then back to a campground.)

At 0.5 miles a bridge crosses West Fork Wallowa River, where despite harsh midday light we take obligatory upstream and downstream pictures. In early summer, the water is a torrent of snowmelt. Now in drought it is more serene.

Other, younger hikers pass, calling out greetings. The trail is popular among people who camp at the lake, locals and many more who travel from distance and want a short, moderately difficult outdoor experience without launching into the heart of the Eagle Cap Wilderness.

From the river the trail switchbacks.

We clamber over rock fall.

Aspen leaves beginning to turn gold flutter in the breeze.

After about three-fourths of a mile we reach a view of Wallowa Lake.

On the opposite slope, we see, glinting in sunlight, tramway cars gliding up Mount Howard.

More younger hikers overtake us. Many have dogs, including Australian shepherds, border collies and wire-haired pointers. It is the Westminster Kennel Club Show set in wilderness.

Not far beyond we hear the falls.

Rounding a corner, we see a new log bridge with handrails crossing BC Creek. Two previous bridges here had been washed out — the flow in early summer can be monstrous — and there was concern the Forest Service would not “build back better.”

However, common sense prevailed. The creek crossing could not be attempted, by rational human beings, until at least August, and then was dicey, with fast, icy water, slippery rocks, and a falls a few yards downstream bellowing warnings.

We admire the falls from our safe perch.

Being an obsessive-compulsive type, I want to visit every falls in the Northwest.

Such a task, however, would take several lifetimes, so I often must be content with armchair dreams.

The trail continues another five miles or so, with several unmarked jump-off points for climbing Chief Joseph Mountain.

We leave that to younger, heartier types, or guys like Eric. We have climbed enough for one day.

On the route down, we meet more people. Their dogs are well behaved and preening as for judges.

We pick our way carefully through the dogs and rockfall and finally reach the trailhead, happy to have discovered, secondhand, this short adventure.

Reach the author at jeffp557@gmail.com.