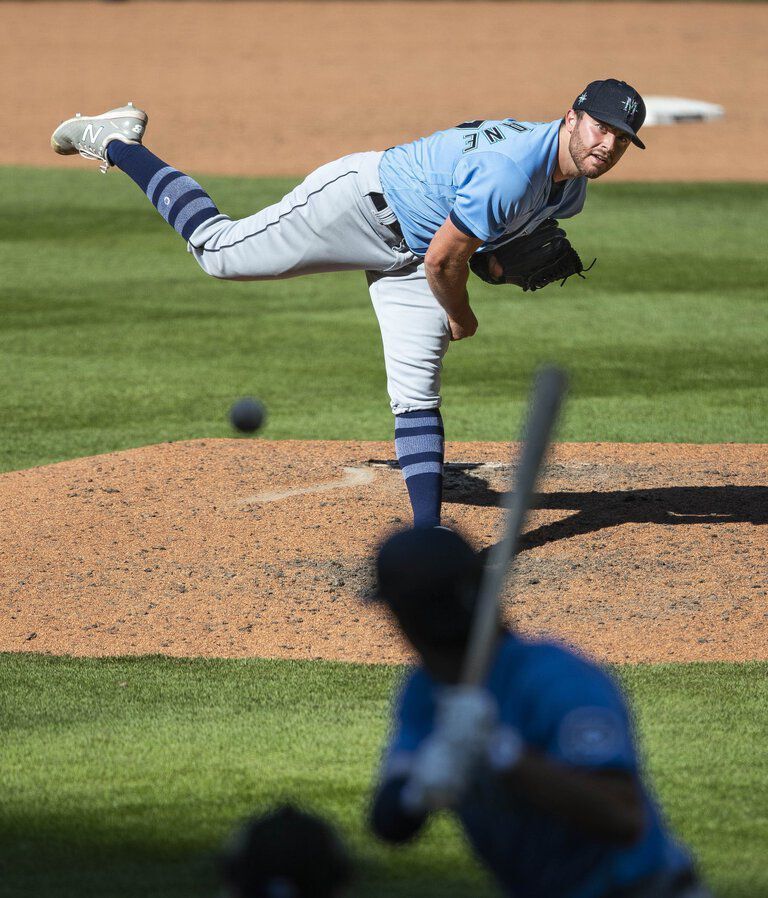 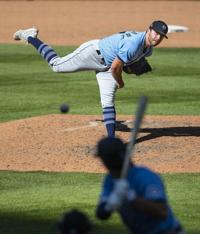 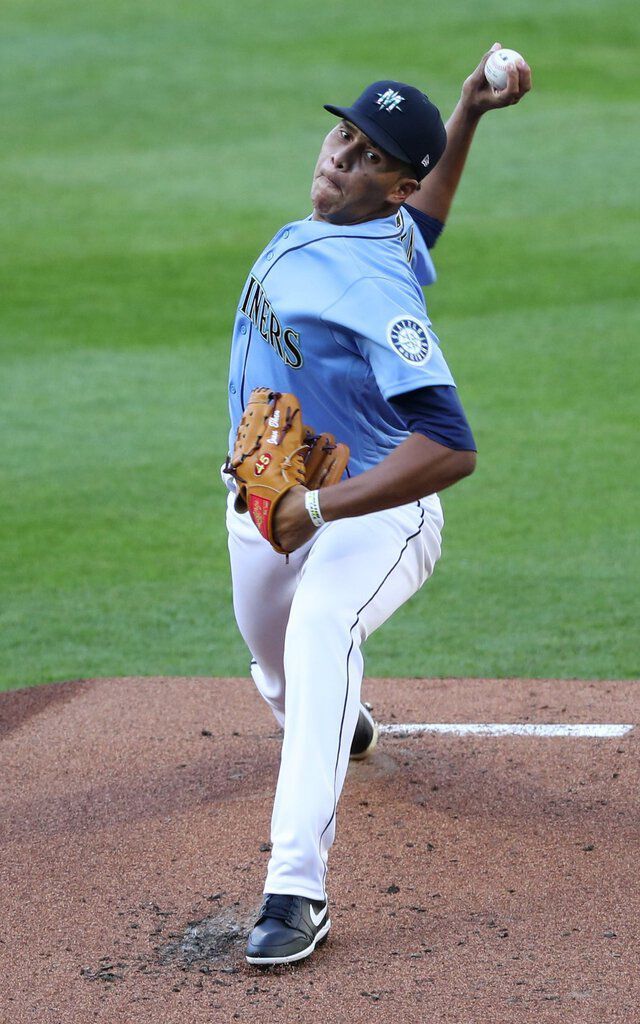 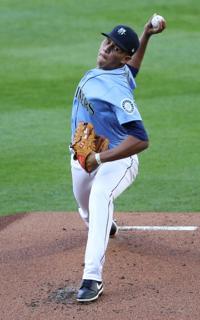 Juan Then has a fastball in the high 90 mph range.

Juan Then has a fastball in the high 90 mph range.

With the deadline to finalize rosters going into the offseason nearing, the Mariners added four players to their 40-man roster to protect them from the Rule 5 draft — outfielder Taylor Trammell and right-handed pitchers Juan Then, Sam Delaplane and Wyatt Mills.

All four prospects were ranked in the Mariners' Top 30 prospects per MLB Pipeline — Trammell (ranked No. 5), Then (No. 14), Delaplane (No. 20) and Mills (No. 24) — and it seemed like easy decisions based on their potential and attractiveness to other teams.

A player is eligible for the Rule 5 draft after a specified amount of time in a team's system without being placed on the 40-man roster.

The Mariners acquired Trammell, 23, as the key piece in a seven-player deal with the Padres in August.

He's likely to start next season at the Class AA level — if there is a minor-league season — but could be with Class AAA Tacoma by midseason.

Trammell's big-league debut could be any time after that though people in the organization feel that extensive MLB time might not come until 2022.

Then, 20, was reacquired from the Yankees in 2019. He pitched all summer at the alternate training site in Tacoma and is participating at the instructional league in Arizona.

But with a fastball in the high 90 mph range, the potential is too great to risk him being taken.

A team might want to select him and use him as a reliever in 2021, such as the Mariners did with Yohan Ramirez last season, particularly if rosters remain expanded.

Then finished last season in the Mariners organization, splitting time between the AZL Mariners (one game), short-season Class A Everett (seven games) and Class A West Virginia (three games), while posting a combined 2.98 ERA over 48 1/3 innings with 13 walks and 48 strikeouts.

Delaplane, 25, seemed like a lock to pitch in the bullpen last season after his performance during spring training.

But he never had a period of dominance at the alternate training site that would have caused the Mariners to put him on the 40-man roster.

His velocity seemed a tick down at times, which the organization attributed to difficulties throwing and working out during the shutdown.

Delaplane's 15.73 strikeouts-per-9.0 innings ratio was second-best in minor-league baseball for pitchers with a minimum of 50 innings pitched, and he led all minor-league relievers with 120 strikeouts.

Delaplane also made six appearances in the 2019 Arizona Fall League, going 0-1 with two saves and a 1.13 ERA over eight innings with 15 strikeouts and 1 walk.

Mills wasn't invited to the alternate training site this summer, but did participate in the Arizona instructional league where he flashed a fastball that touched 97 mph, up 3-4 mph since the Mariners drafted him.

Joe Rizzo was the only Rule 5 eligible player in the Mariners' top 30 prospects who didn't get protected.

Rizzo, a second-round pick out of high school in 2016, has steadily progressed and improved at every level but has yet to show the power to be an everyday corner infielder.