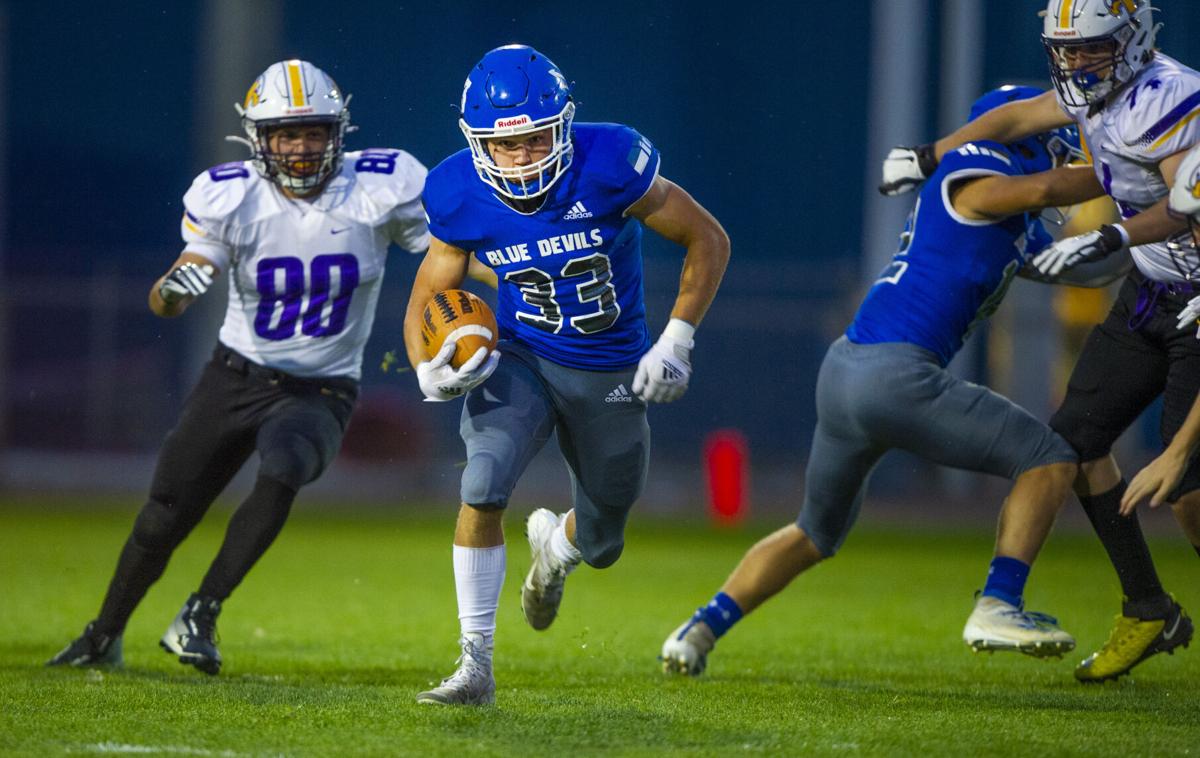 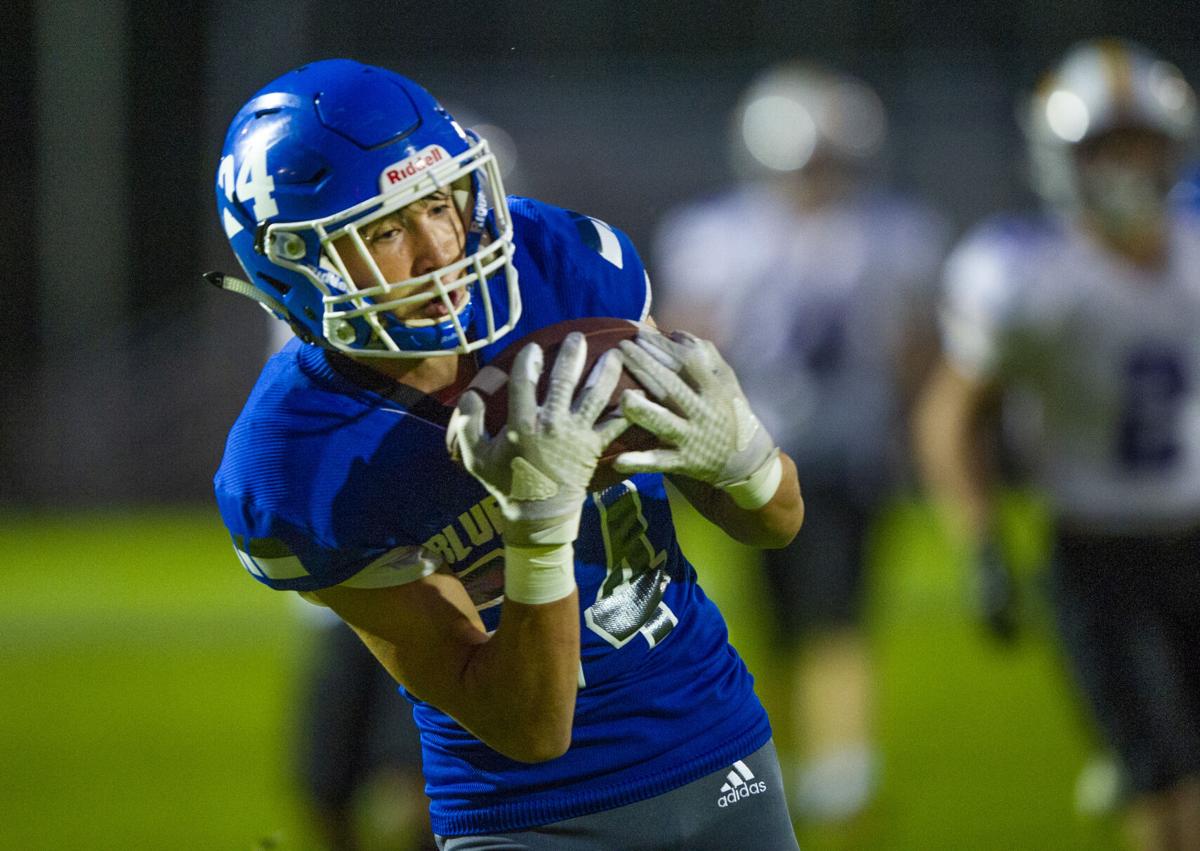 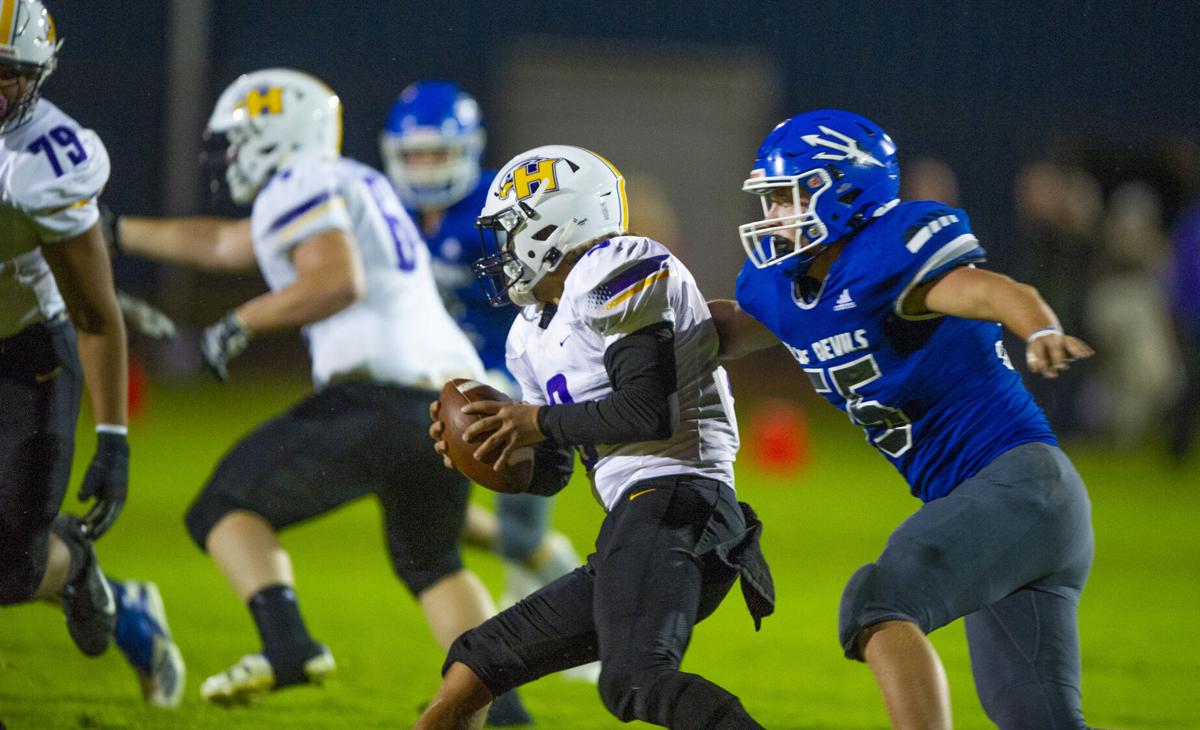 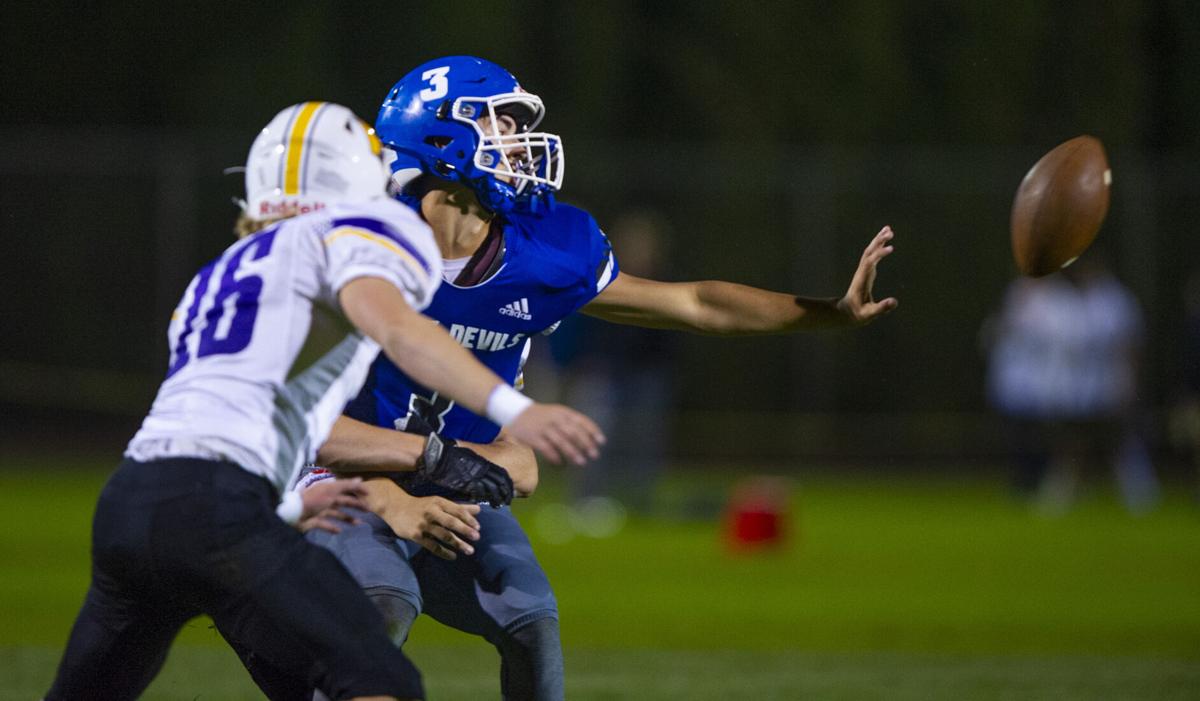 Walla Walla High School’s Zack Wood pitches to Jake Humphrey for a touchdown to make the score 20-0 in the first half, Friday night, Sept. 17, 2021.

Walla Walla High School’s Zack Wood pitches to Jake Humphrey for a touchdown to make the score 20-0 in the first half, Friday night, Sept. 17, 2021.

The Blue Devils (1-2 record) dominated the game, mounting a 42-0 lead by halftime to put the mercy rule in effect with a constantly running clock for the rest of the night.

Wa-Hi rebounded from its disappointing setback last week at Pasco, where penalties called back four Blue Devils touchdowns in what ended up being a 13-6 loss.

“We’ve been dealing with some adversity in the last couple weeks, and we kept telling our kids to just stick with the plan, and make some little adjustments, and keep improving, and keep improving,” said assistant coach Justin James. “They really executed well the things we had worked on this week, and we’re just really proud of them.

“They played their tails off, and we couldn’t be more proud.”

Wa-Hi head coach Greg Lupfer had been hospitalized before halftime, forced to step away midway through the first quarter when he experienced a dizzy spell.

“Coach Lupfer kept feeling really light-headed, so he’s in the hospital just to be on the safe side,” Wa-Hi athletic director Dirk Hansen said at halftime.

The Blue Devils had been sending their coach positive vibes from Borleske.

As for passing, Wa-Hi starting quarterback Zack Wood finished only 2-for-2 but both resulted in big scores. The first completion sent Lindsey on a 38-yard route to the end zone, and later, Wood connected with Drew Humphrey for 32 yards and a TD.

The Blue Devils kept place kicker Kooper Shields busy on extra points, and he converted each of his first seven in a row.

Meanwhile the Blue Devils defense recorded a shutout with interceptions by Andrew Warden and Drew Humphrey while Logan Ashbeck, Jaden Flippo and several other teammates chalked up hits behind the line of scrimmage.

Hanford wound up with only 155 yards of offense, barely a third of the Wa-Hi totals.

Even when Hanford managed to drive as close as a first-amd-goal on the Wa-Hi 5-yard line early in the fourth quarter, the Blue Devils would eventually get the ball turned over on downs back at the 14.

“We can see how the hard work we put in pays off,” James said. “And there’s nothing that makes us happier than watching our kids celebrate on the field.”

The Blue Devils have a week to prepare for their next game, Sept. 24 at Kamiakin.