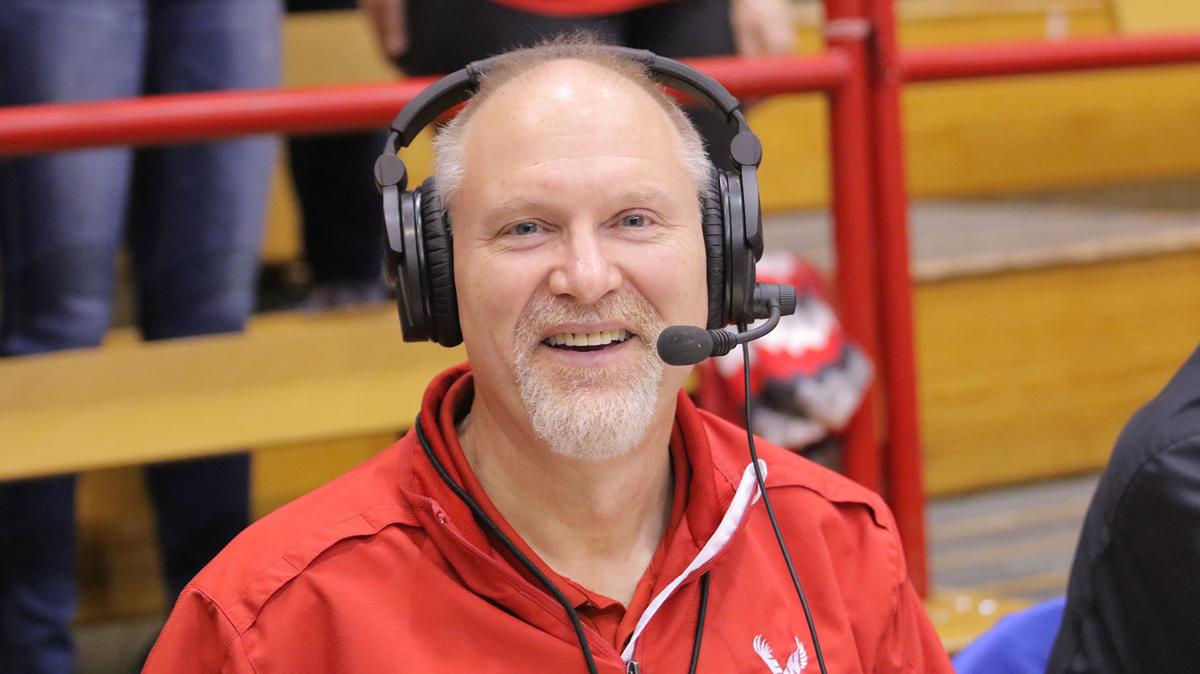 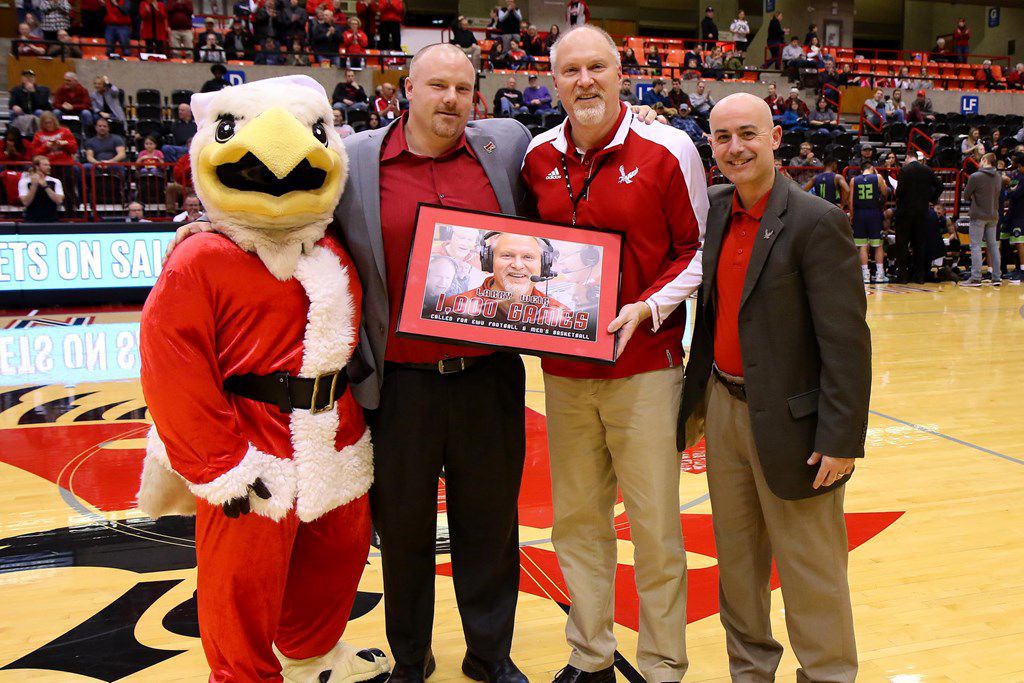 Waitsburg High alumn Larry Weir (Class of 1979) has been a broadcaster at Eastern Washington University for 30 years, and receives an honor at EWU.

Waitsburg High alumn Larry Weir (Class of 1979) has been a broadcaster at Eastern Washington University for 30 years, and receives an honor at EWU.

Larry Weir said the beginning of his broadcast career could be attributed to “dumb luck.”

Weir, who played football, basketball, and baseball at Waitsburg, got his first broadcast break while in Toppenish.

“My uncle lived across the street from the station owner,” Weir said. “Wapato was hosting a tribal basketball tournament that is one of, if not, the largest tournaments of its kind in the nation.

“The regular play-by-play guy was gone,” said Weir, who broadcast four tournament games over a three-day period. “Getting into broadcasting was my intention the whole time, but I wasn’t sure how to get into it.”

Weir returned to radio station KENE in the fall and called football and basketball for both Toppenish and Wapato for two years. This while juggling classes at Walla Walla Community College.

“We did home games and took feeds on the road games,” Weir said. “I learned you couldn’t go all in for one team or another. You needed to keep a balance to it. You couldn’t be too over the top.”

Weir attended Eastern in the fall of 1983 before traveling to Yakima in late November to anchor KMWX’s coverage of Davis and Eisenhower basketball and work full-time.

Weir trekked to Colfax after a couple of years in Walla Walla radio. He called Blue Devil football and basketball, and WWCC football while here.

The Wait-Hi grad worked at KCLX in Colfax “off and on” from 1986-98. He also spent time during the 12-year, Whitman County stretch in Kingman, Ariz. and Spokane, and broadcast Northwest League baseball for the Spokane Indians and Yakima Bears.

KQQQ/KHTR in Pullman provided the next resume-building stop for Weir. It lasted until 2006.

“We started 2-2 and won our last 11 games,” Weir said. “From that standpoint, it was probably a little bit of a surprise. We had a lot of close games.

“All of our playoff games were at home prior to the championship game.

“It was our first year on the red turf,” Weir said of the Roos Stadium surface. “It gave Eastern an identity. The players love it. It allowed (the program) to pull in recruits. It was a tremendous brainstorm by Eastern to do that. It’s an identifier for the school.”

Weir treasures his relationship with broadcast partner Paul Sorensen, a bond begun in 1986.

Sorensen, while Weir was getting settled in as the voice of the Eagles, was color commentator for former Washington State football play-by-play legend Bob Robertson.

“I molded myself after (Robertson),” Weir said. “My goal was to take over for him. I then learned it’s not easy to get to that point. There are not that many jobs.”

Weir was named the Washington Sportscaster of the Year by the National Sports Media Association in both 2014 and 2015.

“I’m the only person to win it without a Seattle audience,” Weir said. “I take a little pride in that.”

Weir was influenced in his early days by Robertson, Bob Blackburn, Dave Niehaus and Pete Gross.

“I’ve taken a little bit from those guys,” Weir said. “When you get more comfortable, you develop your own style.”

That is advice that Weir has passed on to younger broadcasters.

Weir ended by describing his being 40 years into a broadcast career as “surreal.”

“The administration, coaches and players have been great,” Weir said. “I have wonderful friends. It’s been a wonderful run. I hope it continues for a few more years.”