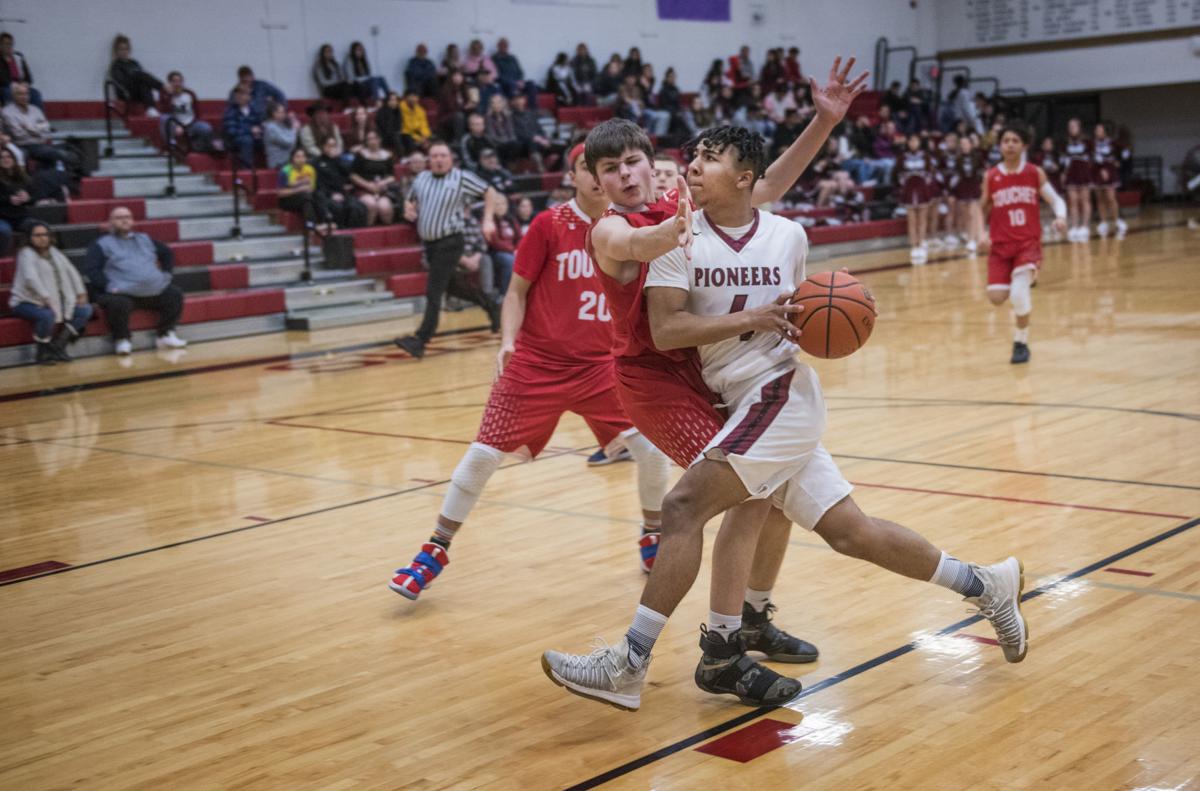 Mac-Hi’s Marcellus Brinkley drives to the hoops after a steal in the first half of Wednesday’s game with Touchet. 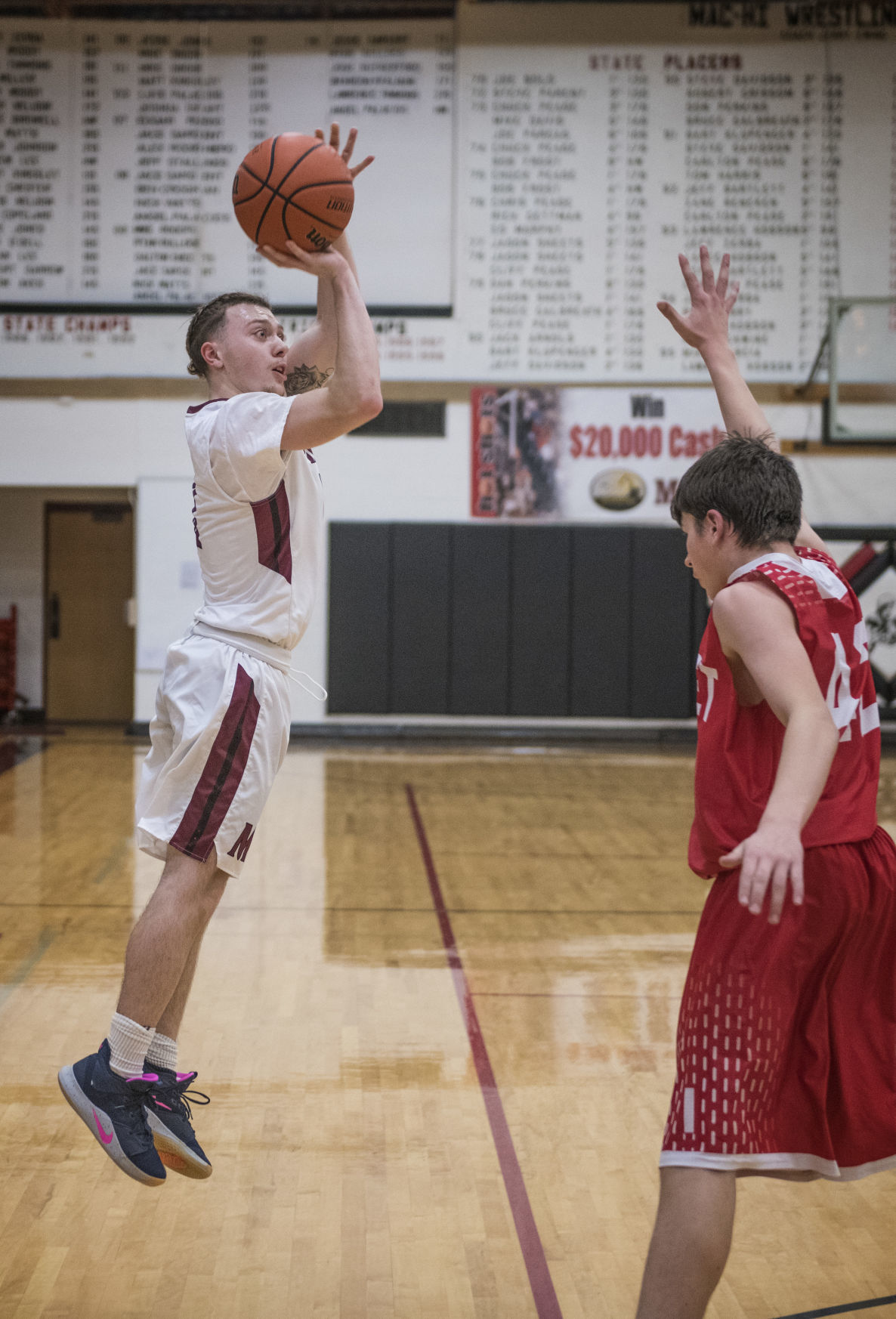 Mac-Hi’s Marcellus Brinkley drives to the hoops after a steal in the first half of Wednesday’s game with Touchet.

The Indians trailed the Pioneers by just two at 14-12 after the opening quarter, and were down 25-19 at halftime before Mac-Hi’s third-quarter explosion.

“We didn’t play great in the first half,” Pioneers coach Jordon Poynor said. “(We) made some adjustments at halftime, and then came out in the second half and played like we should play.

“I thought Nick Herndon came in and brought a lot of energy and a lot of toughness,” he said.

”We played a good first half,” Indians coach Tim McKeown said. “It’s been our thing, (we) break down in the third quarter and that’s when most of the teams take off on us.

”Dominic Solis came into his own a little bit (with seven points),” he said. “He’s been struggling as of late.

”I’ve got a young team. Considering that I have two seniors and the rest freshman and eighth graders, I’m happy. We can always get better.”

Marcellus Brinkley, who led the Pioneers with 12 points, got the game going early for Mac-Hi as he stole the ball and took it for a layup.

Alexis Gonzales hit a pair of free throws for Touchet, which was answered by Pioneer Isaac Earls, who hit the first 3-pointer of the game to put Mac-Hi up 7-2.

Solis ended the Mac-Hi 5-0 run as he hit a wide open layup, and teammate

Dominic Preciado, who had a game-high 19 points, went on a personal 5-0 run to tie the game at 9-all.

Mac-Hi’s Franciso Flores broke that tie with a trey of his own, and

Andrew Lewis hit an inside jumper to give the Pioneers the 14-12 first-quarter lead.

Solis tied the game up as he drove inside for an Indians layup.

Mac-Hi then took advantage of poor Touchet ball handling to go on a 7-0 run, before Gonzales ended the run with a 3-pointer.

Brayan Orozco opened the third quarter for Touchet as he hit a 3-pointer to cut the deficit in half.

Christian Castillo’s inside jumper sparked a 15-0 Mac-Hi run as the Pioneers seized control.

The first points of the fourth quarter did not come until the 6:40 mark, as Earls hit two free throws for the Indians, and Preciado continued his night of scoring as he led Touchet on a 7-0 run before Earls answered with a 3-pointer.

But the Mac-Hi lead was too much, and both teams finished the game by clearing the benches and getting all the players some time on the court.

Touchet has Southeast 1B League games at Colton on Friday for a 7:30 p.m. game. and then hosts St. John-Endicotte/LaCrosee on Saturday at 5:30 p.m. for senior night.