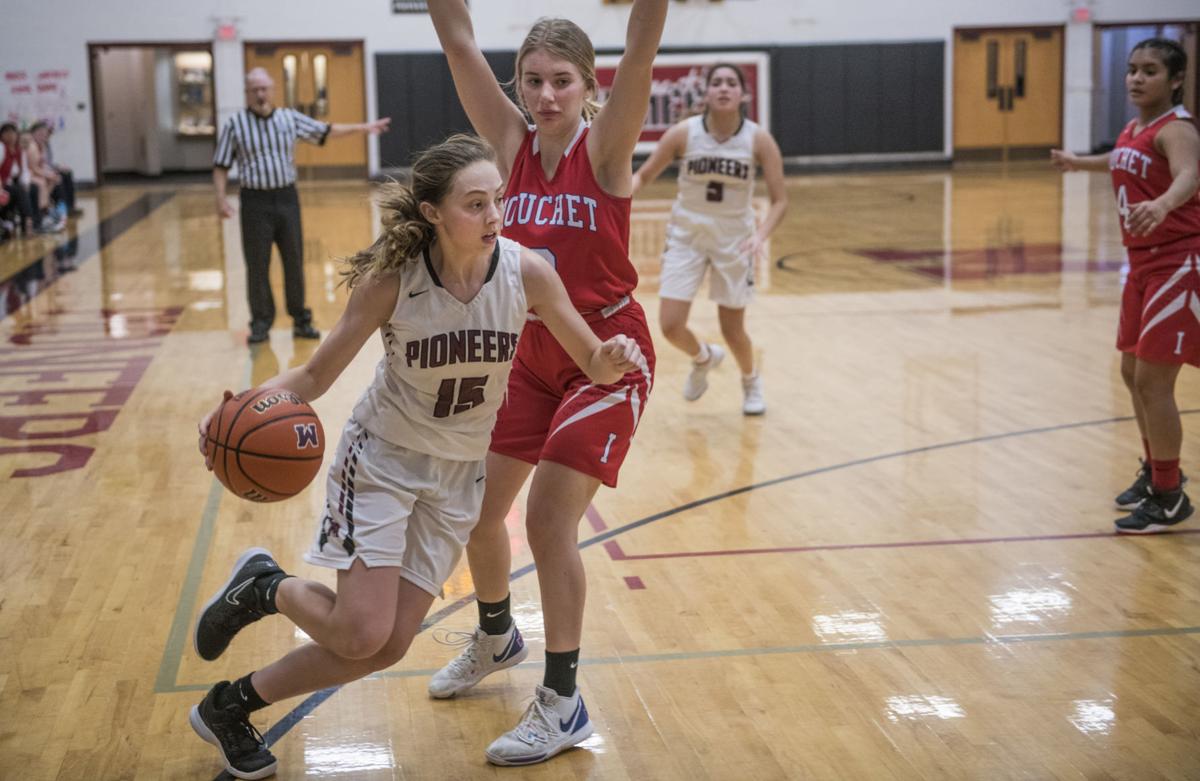 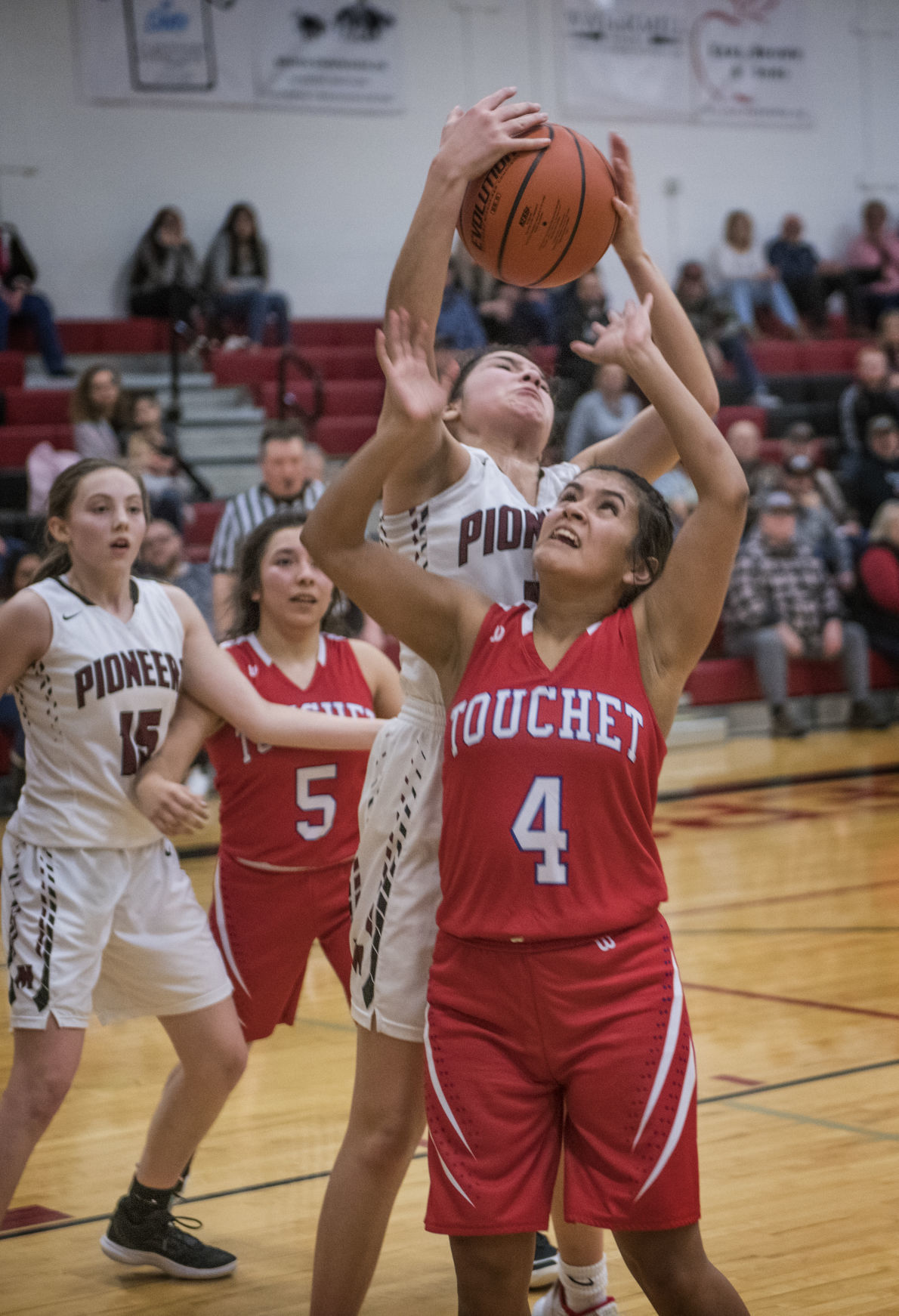 The Indians eased up a bit in the second half, but took home a 49-40 victory.

“We did some good things, but there was some things we obviously need to work on,” Indians coach Malissa McKeown said. “Overall, it was a good game for us. It was a team effort, a team win.”

“We played well,” Pioneers coach Chris Bryant said. “I thought our girls battled well in the second half. We just came out a little too slow.”

At halftime, Bryant told his players to keep playing in the second half.

“We’ve just got to play harder and talk to each other, play together,” he said.

Ashley Luna started Touchet off quickly with a long 2-pointer and a steal.

Andrade then hit the first 3-pointer of the game to put Touchet up 5-0.

Angel dribbled past a couple of Touchet players for a layup for Mac-Hi’s first points of the game about four minutes into the game.

Touchet went on a 6-0 run in just over a minute to give the Indians a 10-point lead, and Pioneer Jacqueline Hernandez ended Touchet’s 8-0 run with a trey to bring the deficit down to single digits.

Skramstad sunk a 3-pointer for Touchet, followed by Andrade going 2-for-2 from the line to open up a 13-point halftime lead.

In the second half, Mac-Hi forced four fouls in the first three minutes of the quarter, as well as forcing turnovers, as the Pioneers responded to Bryant’s halftime message.

Mac-Hi went on a 4-0 run to bring them within 11 points before Andrade hit a 3-pointer.

Darby Rhoads stole the ball and took it straight to the basket to bring Mac-Hi within 11 with a minute to go in the third quarter, and Touchet led 35-24 to the fourth.

Hernandez hit a 3-pointer to open up the final stanza after Touchet turned the ball over, but Andrade continued her big night from downtown as she responded with another 3-pointer.

Emma Leber brought Mac-Hi back within 10 points with a second-chance bucket. After the teams traded baskets, Angel hit a fastbreak layup with Leber assisting as the Pioneers tried to rally.

Touchet picked up its seventh foul with 3:12 left, and Mac-Hi went 1-for-2 at the line to keep the Pioneers eight back.

Touchet’s LeAnn Kincaid picked up her fifth foul with 2:49 left to play and had to leave the game.

Rhoads hit both of the ensuing free throws, Angel hit another fastbreak layup and Mac-Hi pulled within five.

Touchet stepped up more on offense and defense to close out the game, with Orozco going 5-for-9 from the line in the fourth quarter to hold off the Pioneers.

The Indians round out their season with two Southeast 1B League games this weekend. On Friday, they travel to Colton for a 6 p.m. game, and on Saturday they host St. John-Endicott/LaCrosse for their senior night at 5 p.m.