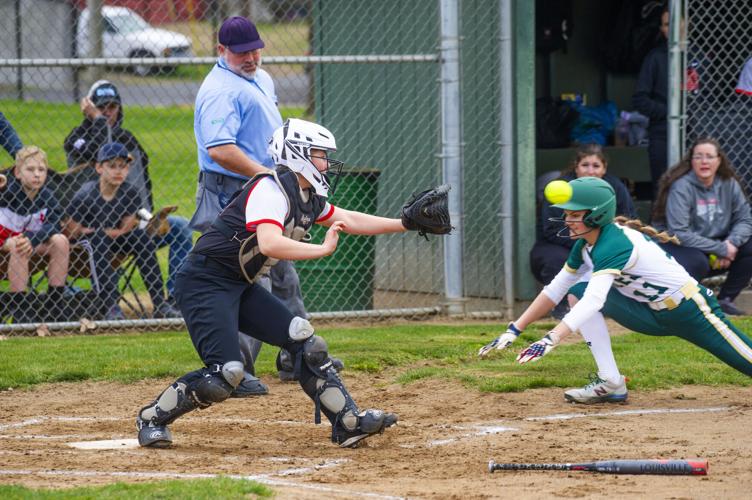 A DeSales baserunner can’t beat the tag at home as the ball nears the Dayton-Waitsburg catcher’s glove in March 2022. 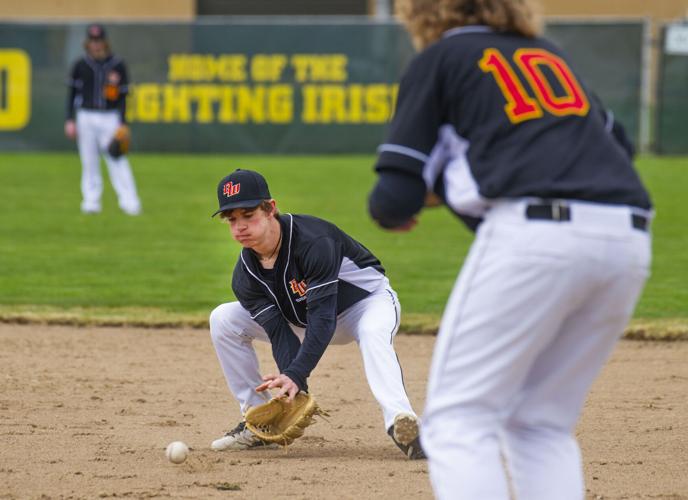 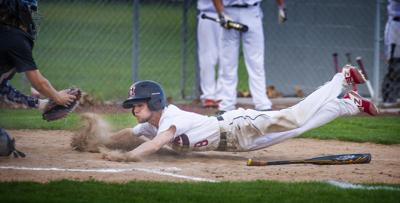 A DeSales baserunner can’t beat the tag at home as the ball nears the Dayton-Waitsburg catcher’s glove in March 2022.

DAYTON — The school districts of both Dayton and Waitsburg together talked about a variety of items regarding their athletics combine at a joint board meeting Wednesday, June 29, in the Dayton High School auditorium.

Sixth-grade participation, various administrative responsibilities and transportation budgets were among the topics discussed after Dayton School District superintendent Guy Strot explained they had been questioned or been issues in the existing combine agreement.

The meeting ended in less than an hour with board members in agreement on the items or amendments to them for a draft to come from the superintendents of both school districts.

Sixth-grade participation, in the event a shorthanded Dayton-Waitsburg team needed more kids in order to compete, would be determined by their superintendent with recommendations from the principals and athletic director.

None would play football, however, which Strot explained adhered to regulations of the Washington Interscholastic Activities Association (WIAA).

The two boards then agreed principals would be in charge of discipline for their respective schools, communicating with each other and their athletic director on major violations, and they would decide the consequences by following state law, board and WIAA policy as well as the combine Code of Conduct.

Principals will also meet every other week with the combine athletic director, which is currently Sam Korslund, without anybody else present.

Transportation responsibilities are to be shared by the two school districts, though finances are to be further discussed at the next joint meeting.

Dayton will complete the combine financials, while the paperwork for any non-Dayton School District staff hired as coaches would be processed by Waitsburg.

They then agreed on quarterly joint board meetings, with the next in September.

Principals are to include issues and athletics needs in their monthly school board reports.

Both school districts will bill each other monthly.

Another item is for the Dayton School District to provide the combine athletic director with financial information, which is to be shared with the board.

The joint board meeting then adjourned, and Dayton conducted a brief meeting of its own with the floor and its Zoom channel opened to public comment. There was none regarding the combine.

Dayton then agreed to approve a 2022-23 contract for Korslund with the base 5.5% salary increase, which is still to go before the Waitsburg School District for final approval.

The final items was Dayton approving a resolution for its administrative restructuring.