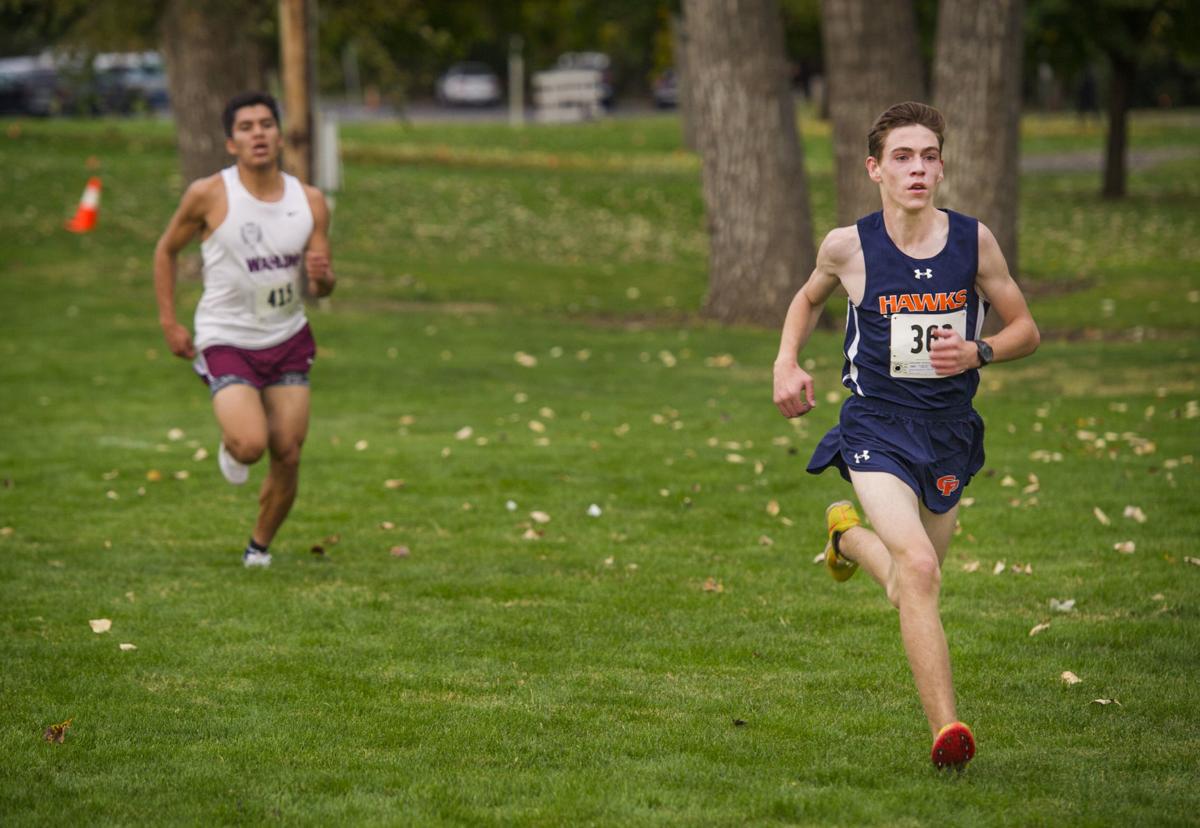 College Place’s Josh Courtney is running in the state Class 1A cross country race on Saturday at Sun Willows Golf Course in Pasco. 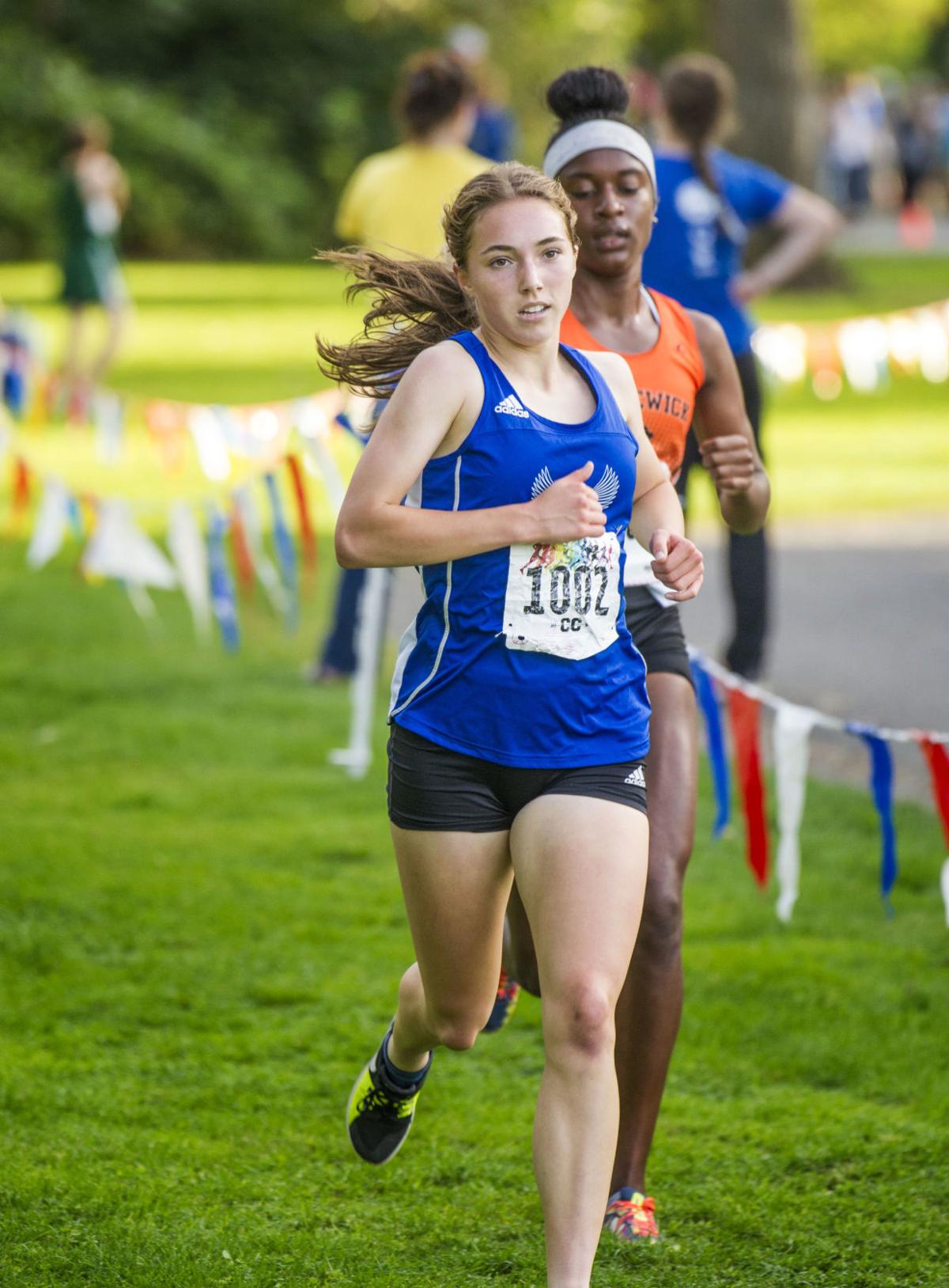 Wa-Hi’s Ella Nelson is the Blue Devils’ lone runner in the state girls 4A race on Saturday. 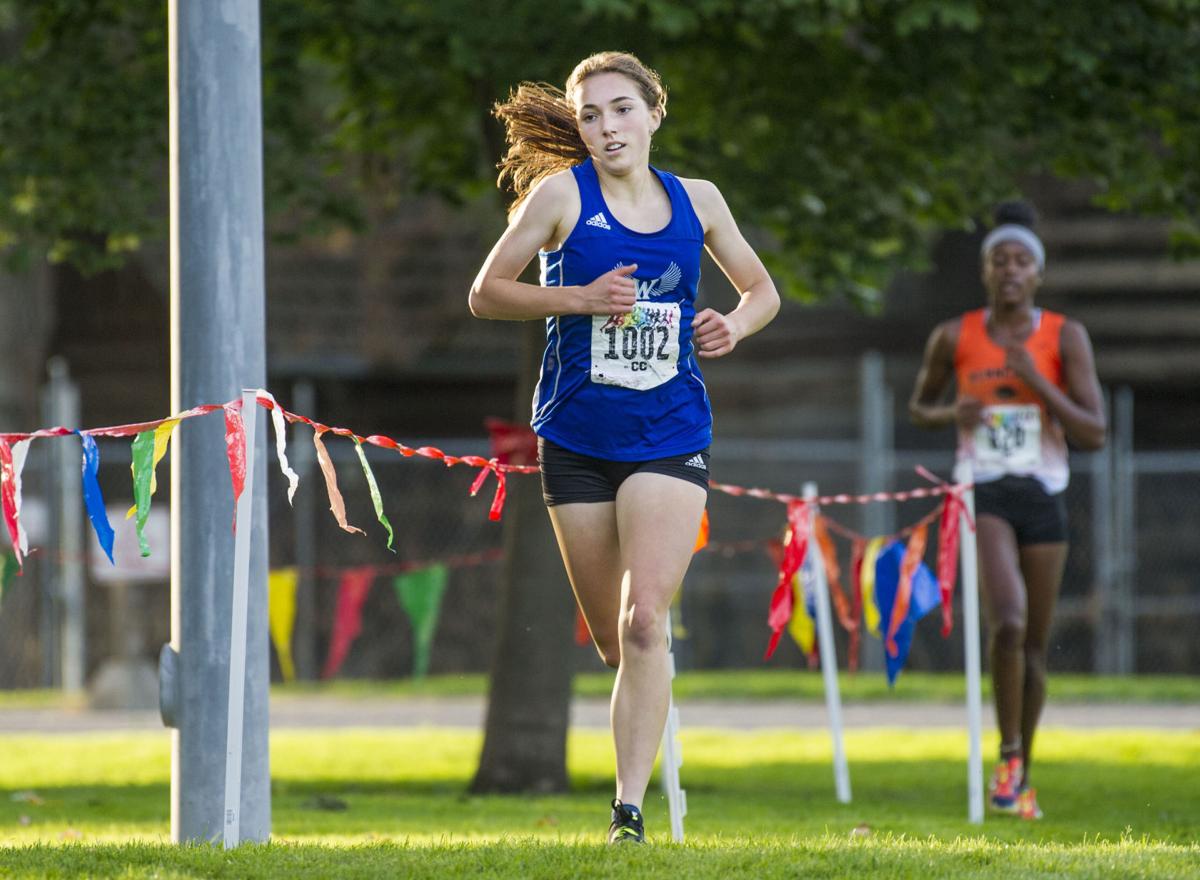 College Place’s Josh Courtney is running in the state Class 1A cross country race on Saturday at Sun Willows Golf Course in Pasco.

Wa-Hi’s Ella Nelson is the Blue Devils’ lone runner in the state girls 4A race on Saturday.

There are high hopes for local harriers as state cross country meets are held in Pasco and Eugene on Saturday.

Walla Walla High has three runners headed to Sun Willows Golf Course in Pasco for the Washington state Class 4A races, while College Place sends four for the 1A meet.

And McLoughlin has Mekenna Simpson headed to Eugene for the Oregon state 4A race.

Joshua Courtney and Eleonora Frokic lead the Hawks contingent in the 1A races, along with Azaiah Garcia and Tamra Ostrander.

“As the season took shape, we knew that these four runners had a solid shot a qualifying for the state cross country meet,” College Place coach Darin Durand said of the Hawks quartet. “Josh and Ele have been in the top tier of SCAC (South Central Athletic Conference) runners all season, each collecting individual victories throughout the year.”

“All three of them are a joy to coach,” Wa-Hi coach Michael Locati said of his trio of runners. “They have such different personalities, strengths and weaknesses, which is a blessing, but can also be challenging.”

Nelson finished fifth at state last season as a sophomore, finishing in 18:52.

“This group of runners in the top 10 are a talented group of young ladies,” Locati said. “Any of them could have a breakout race, but the favorites going in have to be Borsheim and David-Smith.

“Ella has had a good year, but has had to overcome some early and late-season setbacks,” he said. “She is such a great competitor and has a great attitude. She just keeps working, and I appreciate her trust in me and our program. Sometimes, these setbacks are just the reality of training at a high level. We do a lot of preventative modalities, but as much as we try, things just happen.”

The Wa-Hi boys, likewise, are up against 2018 4A state runner-up Jonas Price from Eisenhower, as well as fourth-place finisher Wil Smith from Lewis and Clark.

“Both have an opportunity for a top 10-15 finish,” Locati said. “Their workouts have been going extremely well, and both are healthy and ready for a great weekend.

“It’s hard to not talk about both of them in the same sentence,” he said. “They literally have been running and training together, pushing each other throughout their high school career. This year, a lot of that hard work and brotherly competitiveness has resulted in leading the boys’ team to a second consecutive district title, going 1-2 at districts, and then qualifying last weekend for the state meet.”

Locati acknowledges all that contributes to his runners’ success.

“A factor in their success has been the wonderful family support they have, which is so appreciated as a coach,” he said. “It takes a lot to be an elite athlete nowadays. I give them a lot of credit for their commitment to the process and their ability to persevere day after day, mile after mile. It’s really part of who they are and a testament to the kind of people they are and have become.”

For College Place, Frokic, a Hawks senior, “has adjusted to cross country running in Washington and demonstrated her consistency in racing all season,” Durand said.

Sophomore Courtney “has had a breakout season in cross country after qualifying for the SCAC district track meet last spring,” Durand said. “He is learning to run with the top runners and becoming more relaxed and comfortable pushing the pace.

“Both Josh and Ele are fighters, and I know that they want to end their season on a personal-record effort.”

A Hawks senior, Ostrander “has been a pleasant addition to our distance running crew,” Durand said. “She switched from sprints to distance in the middle of last track season, and has really hit her strike. For her to get used to the mileage and workouts a distance runner endures has been a great adjustment.

“Tamra runs with her heart, and puts herself in competitive situations to do her best,” he said. “I’m excited for her to finish the cross country season with the state-meet atmosphere.”

And sophomore Garcia “is a quiet leader who has consistently paced the rest of our varisty boys scorers,” Durand said. “He has put in the work over the summer months and learned to push his own limits to reach a new level of racing in the flow.

“I’m excited to see the gains he’ll make going into the track season and his junior year,” he said. “Azaiah and Josh will be the heart and soul of the College Place distance crew for the next few years.”

The Hawks girls take to the Sun Willows course at 10:30 a.m. on Saturday, while the boys go at noon.

In Eugene, Simpson has her race set for 11:45 a.m. at Lane Community College.

“We’re excited about this weekend,” Locati said. “Another day to race is always a good day!”