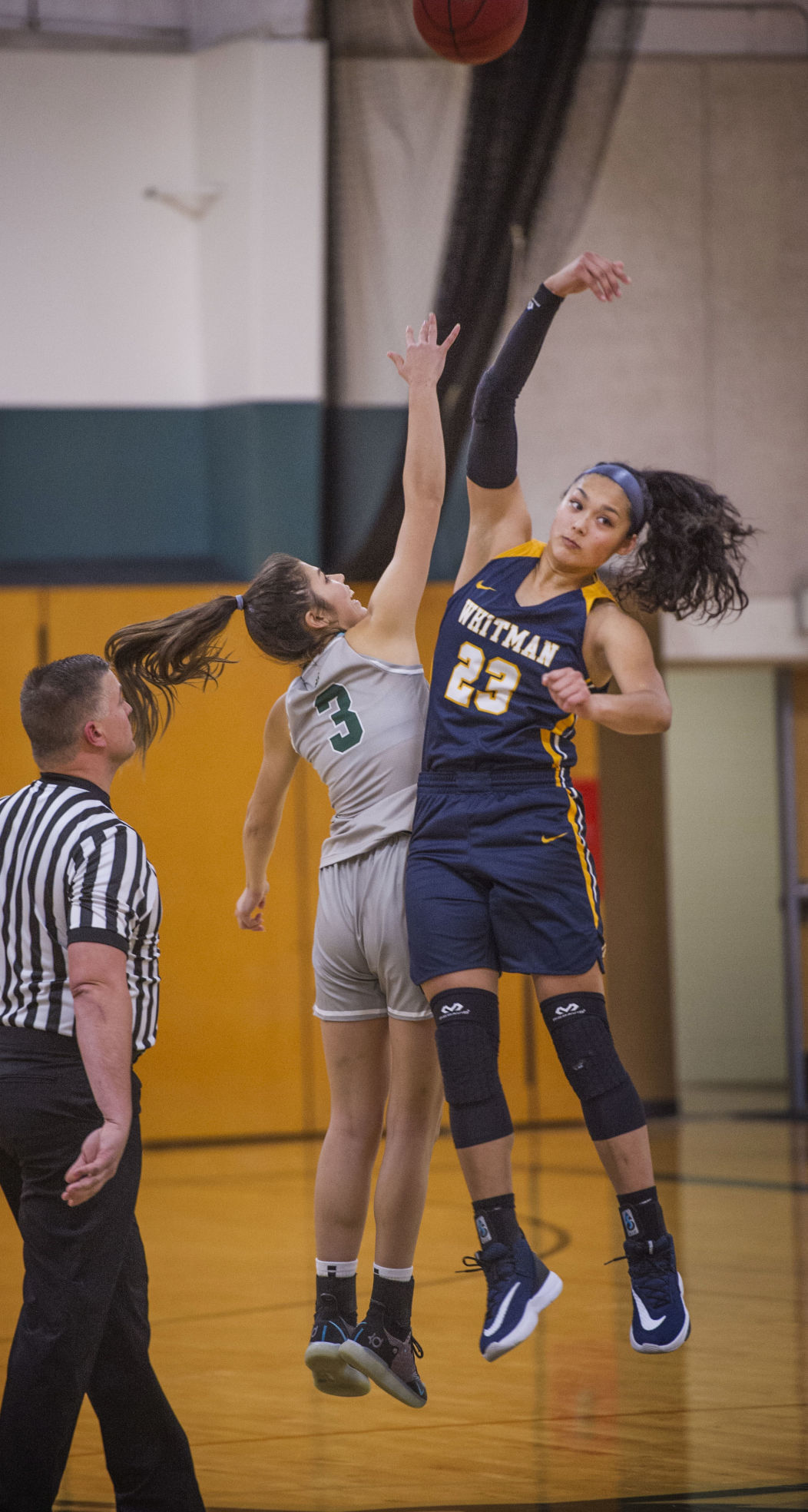 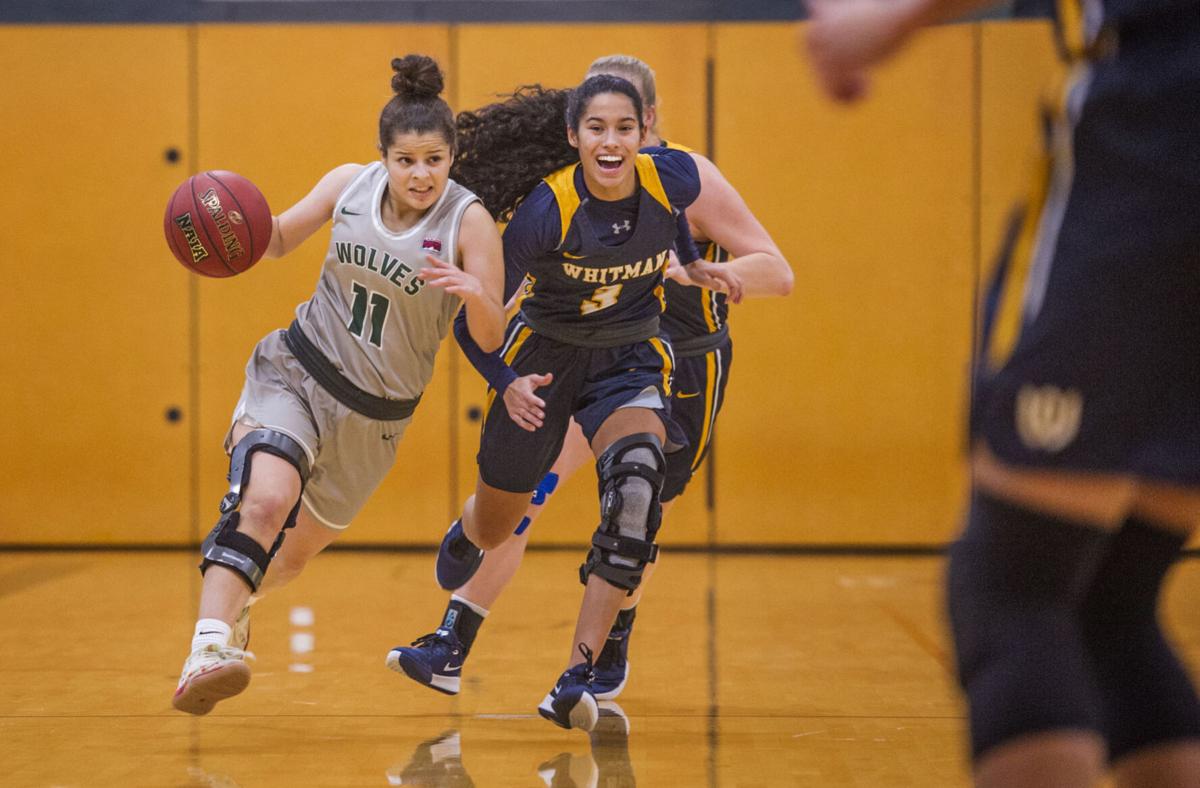 WWU’s Pailina Quintana brings the ball upcourt against the full-court pressure of Whitman’s Shaira Young during the first half of a 2019-20 game. 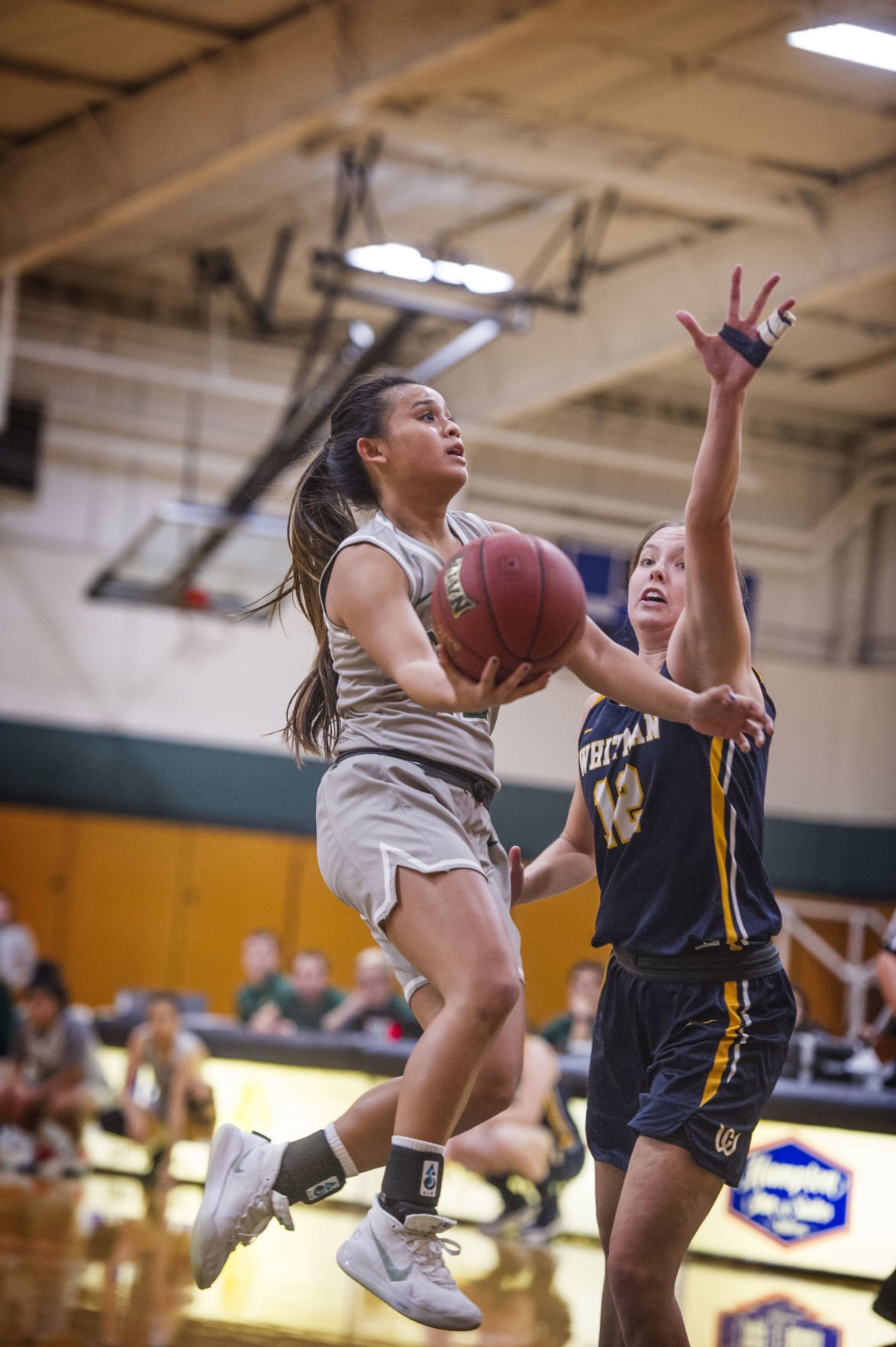 Walla Walla University’s Jaliyah Casem drives the lane on Whitman’s Lily Gustafson during the first half at Windemuth Court.

WWU’s Pailina Quintana brings the ball upcourt against the full-court pressure of Whitman’s Shaira Young during the first half of a 2019-20 game.

Walla Walla University’s Jaliyah Casem drives the lane on Whitman’s Lily Gustafson during the first half at Windemuth Court.

Whitman won, 78-50, in a game that saw poor shooting from both teams.

As a team, Whitman (3-0 record) ended up converting only 42.2 percent of its shots from the field — a number lifted by a 44.4 percent mark in the fourth quarter.

“I think Walla Walla did a nice job pressuring us out of a couple of things,” Whitman head coach Michelle Ferenz said. “The kids did a pretty good job adjusting.”

Meanwhile, Walla Walla (1-3 record) wound up with 27.6 percent shooting from the field all night — and that’s with 33.3 percent in the the fourth.

Both teams will next play down south.

Walla Walla will be in Riverside, Calif., to take on La Sierra University on Friday with a start time of 2 p.m.

Whitman will play on Saturday in Redlands, Calif. Tip-off is set at 5 p.m.

Whitman grabbed a 14-10 lead before going on a 9-5 run in the final three and a half minutes in the first quarter.

Walla Walla’s Jacqueline Saucedo got into foul trouble early in the game, racking up three personal fouls in the first half alone.

Both teams locked down defensively, forcing several turnovers by each side. There were six combined in the first quarter, and nine more in the second.

In a half with neither team converting more than 43 percent of their shots, Whitman’s Makana Stone was 3-for-4 from the field and 4-for-4 from the free throw line to be the only player with at least 10 points by halftime.

Saucedo was whistled for another foul as Whitman led 41-26 at the break.

In the third quarter, both teams had a hard time getting on the scoreboard.

Jaliyah Casem and Paulina Quintana were the only WWU Wolves to score in the third, while Stone had a seven-point quarter for the Whitman Blues.

Both teams played substitutions a bit more in the fourth quarter.

Although the shooting percentages improved for both teams in the final period, play remained sporadic as Whitman was whistled for seven fouls and Walla Walla was hit with six.

Each side had two players score at least five points in the fourth quarter, and the buzzer sounded with Whitman winning the game.