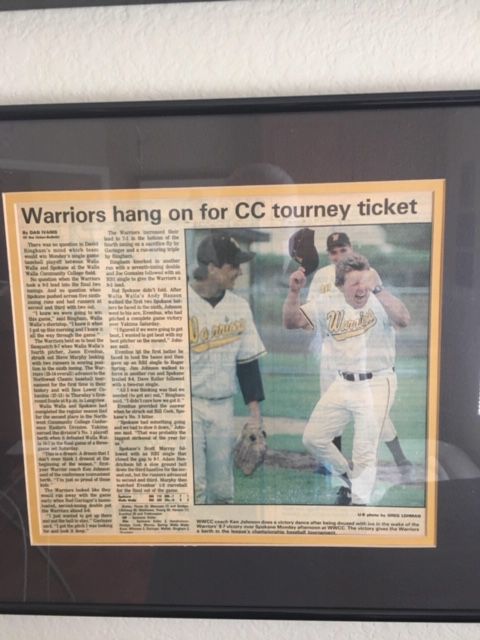 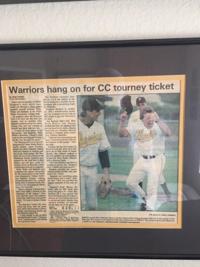 This clip from the Union-Bulletin shows the Walla Walla Community College baseball team’s securing a trip to the NWAACC tournament in 1990. 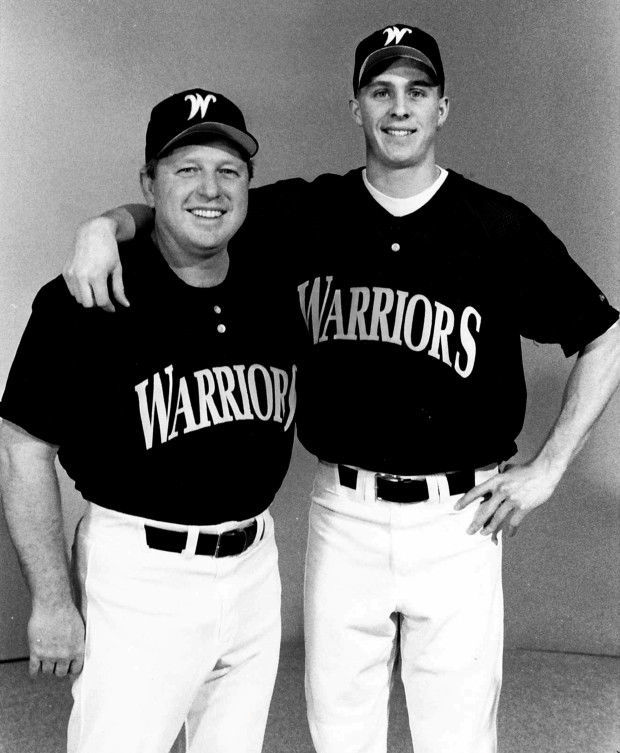 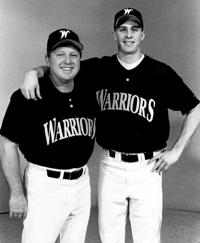 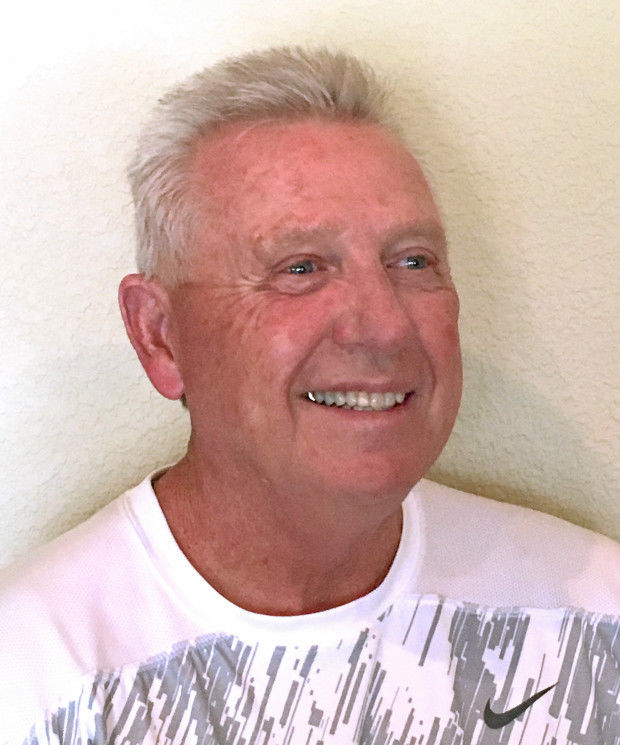 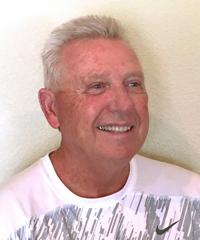 This clip from the Union-Bulletin shows the Walla Walla Community College baseball team’s securing a trip to the NWAACC tournament in 1990.

The Walla Walla Community College baseball program, in its humble beginnings, sought respectability and a degree of competitiveness during the 1988 and 1989 seasons under former head coach Zeke Blocklinger.

Then came the 1990 campaign — a spring in which the Warriors, guided by Ken Johnson and assistant Jack Smiley, surprised many in what was then the Northwest Athletic Association of Community Colleges.

WWCC finished second in the Eastern Region and reached the championship game of the NWAACC Tournament.

“We were lucky to be in the scenario we were in,” said Johnson, who led the Walla Walla program to 266 victories in 10 years. “We were lucky to have a phenomenal group of athletes and a great bunch of kids.”

A group that included the likes of local stars David Bingham, Joe Gonzalez and Chris Meliah.

Johnson, who now resides in Arizona, came to WWCC after a successful stint at Yakima’s Eisenhower High School. He said his decision to head south was not an easy one.

“I thought to myself ‘What would it be like to go out and recruit?’ said Johnson, a member of the Washington State Baseball Coaches Association Hall of Fame. “Leaving my family behind in Yakima for a period of time was a tough thing to do.”

Johnson said both he and Smiley recruited locally as well as southern and central Oregon.

A sense that 1990 would be a special season, according to Johnson, occurred when the Warriors hooked up for the first time against East powers Yakima Valley and Spokane.

“We knew they were teams we had to beat,” Johnson said. “Little did we know that we could compete. Our job was to keep our guys motivated. If we could do that, we knew we could compete against anybody in the NWAACC.

“Our pitching staff came around,” Johnson said. “Our confidence came around and it never left.”

The Warriors ended the regular season tied for second in the East standings with Spokane. WWCC punched its tournament ticket by beating the Sasquatch in a one-game playoff, 9-7, at Warrior Field.

“Our kids believed in themselves at the end of the season,” Johnson said. “They never quit.”

Walla Walla opened NWAACC tournament play with a loss to host and eventual champion Lower Columbia before ripping off loser-out triumphs over Mt. Hood, Edmonds, and Green River. The Warriors bowed to the Red Devils, 2-1, in the title tilt.

“Jason Evenhus (a right-hander pitcher) took us to a promised land,” Johnson said. “Even to this day, the kids know they could have won the tournament. I couldn’t have started my collegiate coaching career much better than that.”

The 1990 season proved to be a springboard to success. The Warriors won or shared the East crown six times and placed both second and third in the NWAACC championships twice under Johnson.

But perhaps the most lasting impact of that incredible ride is the relationships forged by Johnson and his players.

“Many of them say it was the finest time they had in their baseball careers,” Johnson said. “I will carry that as long as I live.

“It has been a pleasure watching them grow,” Johnson said. “I’m proud of them. They have made an impact on my life. We’re still close to this day. That tells you what kind of people they are.”

Roy Elia can be reached at royelia@wwub.com.