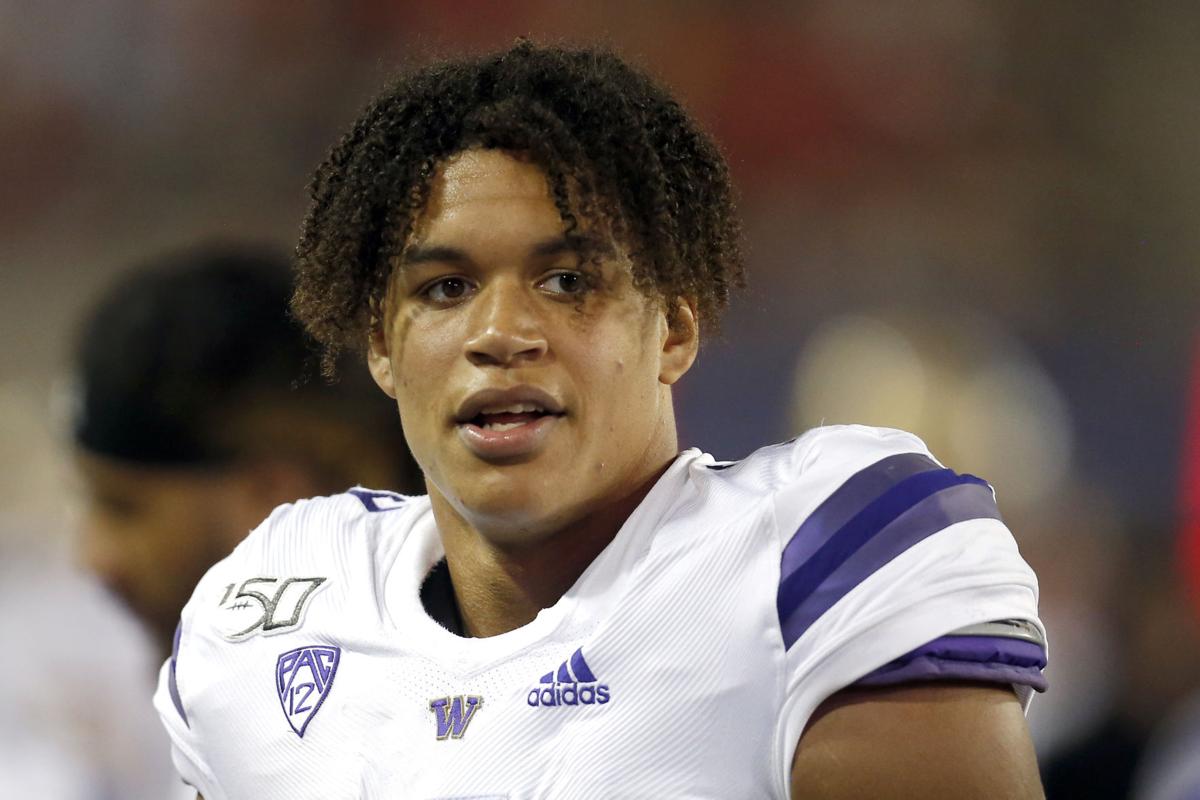 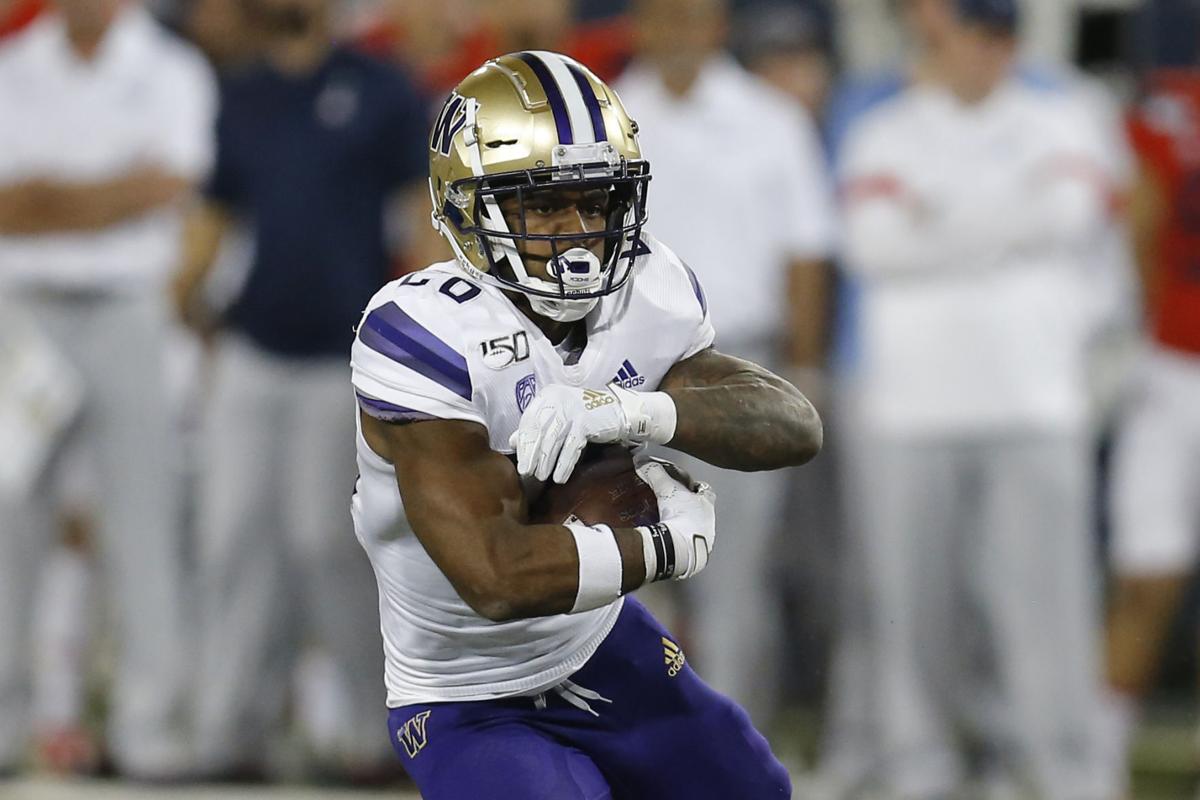 Jen Cohen made the first phone call at 7 a.m. on Sunday.

UW’s athletic director had just read a news release from the Pac-12 Unity Movement — a group of Pac-12 football players threatening to opt out of the 2020 season if their demands are not met.

“I wanted to make sure he had seen it,” Cohen said of her first-year head football coach in a phone interview on Thursday. “I wanted to make sure he knew that he had student-athletes who were passionate about this so he could have a conversation with them and find out how we could support them. What was up? What were they thinking? What do we need to know? I really allowed Jimmy to manage his locker room.”

According to Cohen, Lake first reached out to Tryon and Jones, then further addressed the issue in a team meeting on Monday. She said that, “in conversations with Jimmy, my reaction was that I was just really grateful that he was our head coach.”

UW’s football program began mandatory activities this week, and Cohen said that zero football players chose not to participate because of the Pac-12 Unity Movement. The Huskies could begin fall camp as early as Aug. 17 in preparations for their season opener against Stanford on Sept. 26.

After completing the initial phone call with Lake on Sunday, Cohen organized a meeting with her leadership team.

“There was a lot going on,” said Cohen, who also stated that she has personally reached out to Jones but has yet to hear back. “You can imagine that if a student-athlete in another sport sees that (Pac-12 unity release) or a head coach in another sport sees that, there’s a reaction to that. Right now it’s hard enough to communicate, because we can’t be together. So I brought my leadership team together and told them what I was seeing and what I knew.

“Everybody is working really hard right now and everybody is absolutely putting the student health and welfare at the front and the core of everything we’re doing. So I just wanted to remind them that they are doing that and it’s not personal. Our students, they’re at the core of what we do, and this is just part of what we do.”

And, from a COVID-19 standpoint, it appears what they’re doing is working. Since UW began welcoming athletes back to campus in mid-June, there have been more than 700 coronavirus tests on 247 athletes and nine positive cases — according to Cohen. Of those nine cases, just two remain active.

The Pac-12 unity group’s list of demands included the selection of an independent third party to enforce COVID-19 health and safety standards across the conference, and Cohen said that in some ways that’s already in place. She cited oversight from public health officials at the county level as well as outside experts on the Pac-12 medical advisory committee. The Pac-12 has also previously stated that any player who chooses to opt out due to health or safety reasons will have their scholarship protected, and commissioner Larry Scott wrote this week in a letter to the movement’s leaders that the Pac-12’s member schools did not require any of their athletes to sign a COVID-19 liability waiver.

Even so, there’s obvious and inherent risk associated with playing a football season under the existing circumstances. And that’s why Cohen reiterated on Thursday that the 2020 season remains far from a guarantee.

“There’s all kinds of points in what those students raised,” she said. “But the most important thing is that we continue to actively have ongoing conversations about COVID, about how our students are feeling, about what the circumstances are and what are other things they’re unclear about. We cannot communicate enough. I know I haven’t been able to communicate well enough to our staff or student-athletes over the last six months, because it just changes every day.

“I think over the next seven, 10, 14 days, there’s going to be more clarity on what the circumstances have to be for us to even be able to do contact practice. We have a plan. Nobody has come out and said that we’re guaranteeing that we’re playing football or fall sports. The plan has always been that we’ll do those things in coordination with Pac-12 advisory and local public health officials, and that has not changed just because we announced the (revised conference-only football) schedule.”

Assuming football is played this fall, the Pac-12 Unity Movement is pushing to preserve the eligibility of anyone who chooses to opt out because of COVID-19. There may be some precedent to that proposition, considering that the NCAA allowed seniors whose seasons were canceled because of the virus last spring to return to their teams in 2021.

Cohen said Thursday that eligibility extensions should be “really highly considered” — while acknowledging the inherent obstacles as well.

“When we went through this in the spring it was a little bit different — opting out versus having your entire season canceled,” Cohen said. “But in theory, we were still passionate about giving our student-athletes — and in particular, seniors — a chance to get that year back. Philosophically, I would feel that way again for all of our fall sports if we find ourselves in that position.

“I think we’ve learned a lot on how challenging that is when you make that decision. Somebody else pays the price — whether it’s an underclassman, whether it’s an incoming recruit. There’s a roster management issue with that that eventually catches up with you.”

And yet, it’s certainly possible the Pac-12 players’ eligibility demands will eventually be met. The same can’t be said of their most audacious ask — “50% of each sport’s total conference revenue distributed evenly among athletes in their respective sport.”

That would require student-athletes to be redefined as university employees, thus invalidating the idea of “amateur athletics” altogether.

“We have grown so much in our investment in student-athletes — everything from cost of attendance to medical coverage for four years (after eligibility ends for injuries),” Cohen said. “You go down the list. Food and nutrition are a huge part of it. So I’m sensitive to that. I also know that it’s expensive to live in Seattle. So I’d like to see us continue to find ways to try to support student-athletes and relieve that burden.

“Also, personally, I do this because I believe in amateur athletics. I believe in education. I understand there’s a lot of money involved. I understand that people have different views, and I respect all of them. But like I said earlier, when we start to make decisions there’s always a set of consequences attached to that. I just think that a non-amateur model, it may be appealing to some but I’m not sure all the other consequences that come with it have been explored and understood.

“But I am absolutely in favor of (name, image and likeness rights) and other ways that we can help support student-athletes, and I am really concerned about all of our student-athletes right now.”