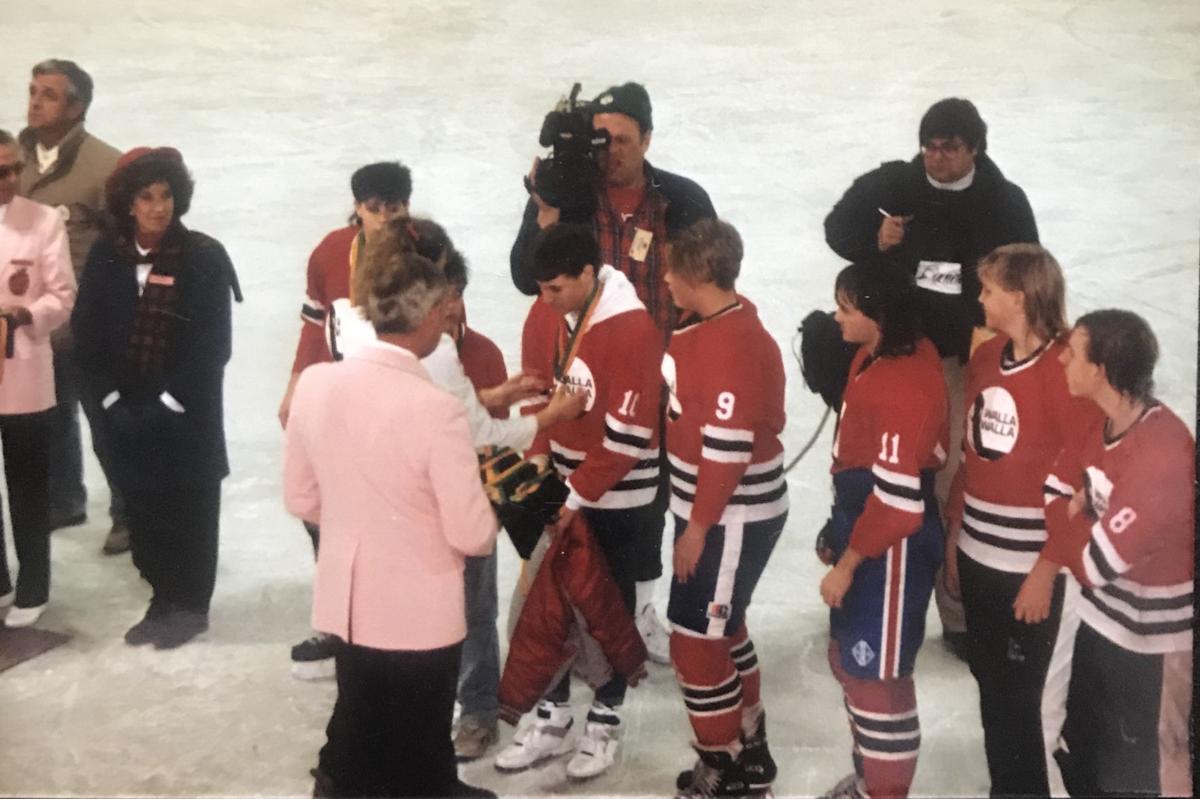 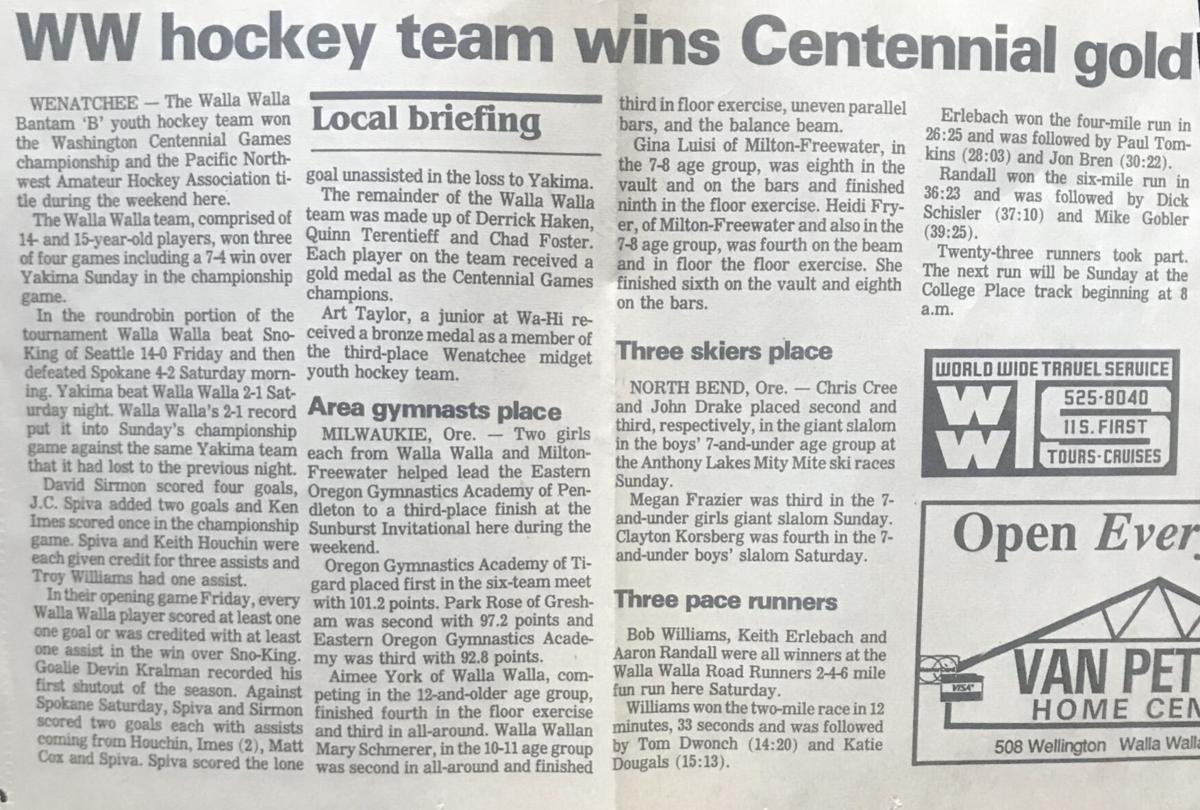 A newspaper story on the Walla Walla Bantams’ title.

A newspaper story on the Walla Walla Bantams’ title.

Some 1,700 athletes converged on Wenatchee in late February 1989 to participate in the Washington Centennial Olympic Winter Games.

Among them was a contingent of 13 14-15-year-old hockey players from Walla Walla coached by Dean Farrens.

Williams remembered the team’s persona going into the Games.

“There were years when Walla Walla hockey struggled,” Williams said. “But nothing phased us. We knew we had a great goaltender (Kralman). J.C. was a great scorer. David was a key player who could move the puck. We were confident going in. It was a big deal. We just wanted to go out and had fun.

“We gained a few players here and there,” Williams said. “But we knew each other so well.”

The Bantams had fun and had their way with Seattle-based Sno-King, 14-0, in their opening game. Every Walla Walla player either had a goal or an assist, and Kralman notched the shutout, Williams said.

Sirmon and J.C. Spiva scored two goals apiece while Houchin, despite ear infections, and Imes contributed an assist each in a 4-2 triumph over Spokane.

“They had such a big pool to pull from,” Williams said. “We didn’t know what to expect.”

Walla Walla lost its next outing. The locals were defeated by Yakima, 2-1, despite a J.C. Spiva goal.

“It was a disappointment,” Williams said. “We had already accomplished achieving a medal, but we still had an opportunity to win the championship.”

The Bantams delivered when opportunity knocked.

“Gloves off, sticks in the air,” Williams said of the euphoria after the final buzzer. “It was a good time in our lives — a childhood memory that was our moment on stage.

“We always thought we were going to beat Yakima,” Williams said. “That was a driving point in the championship. That sent us into overdrive and to do what we needed to do to win that game.”

“The game was televised on public access channels,” J.C. Spiva said. “I remember that being so exciting for us. Many of us played together since we were kids and it was definitely our best achievement.”

“Great time and great memories,” Keith Farrens said. “I remember getting my chin split open in game one. I finished the game and played for the rest of the tournament with stitches. It reopened in the championship game.

“We were never supposed to come close to winning it,” Keith Farrens said. “Definitely Walla Walla’s Miracle on Ice.”

Williams said some of his best memories occurred at the local Ice Chalet — the venue where a group of young men prepared for their moment in the spotlight.

“It’s a sense of pride — small town, small rink,” Williams said. “We didn’t come from a hockey town. There’s something to be said for that.”

Roy Elia can be reached at royelia@wwub.com.