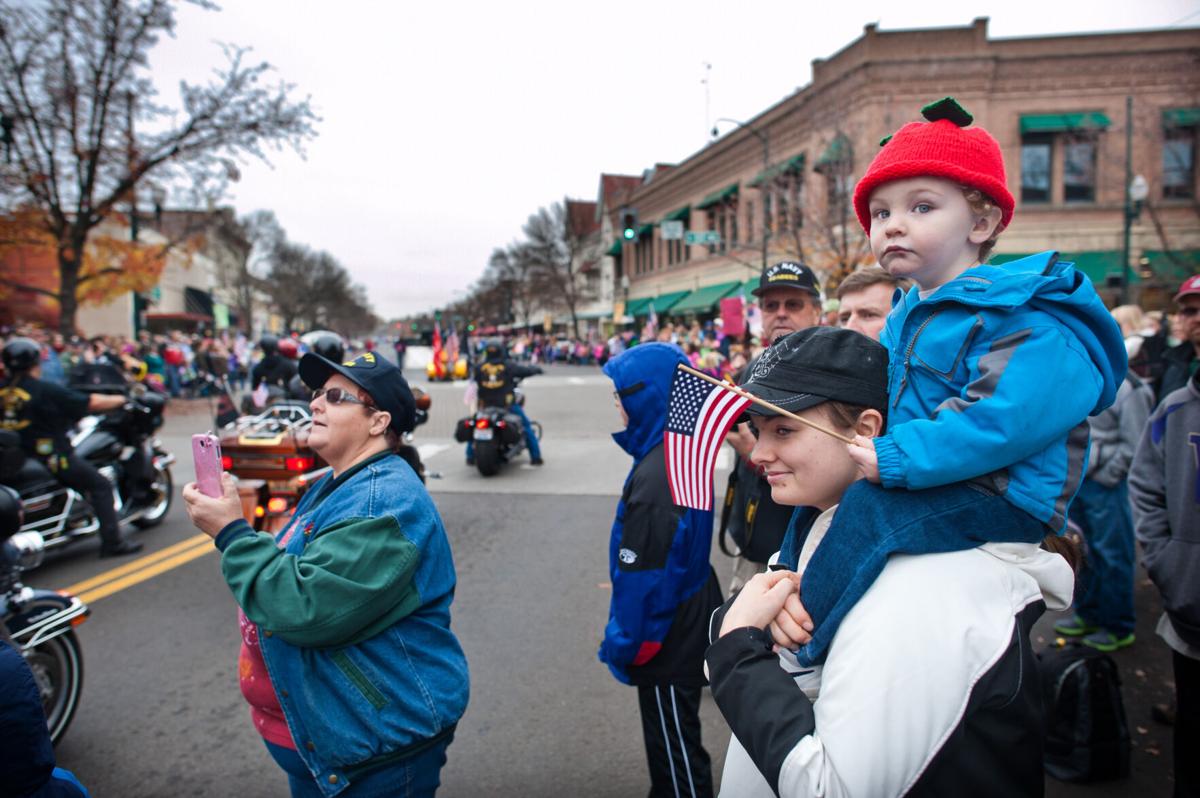 Elijah Pleyo, 2, takes in the Veterans Day Parade from his mother Jeralynn’s shoulders in November 2013. 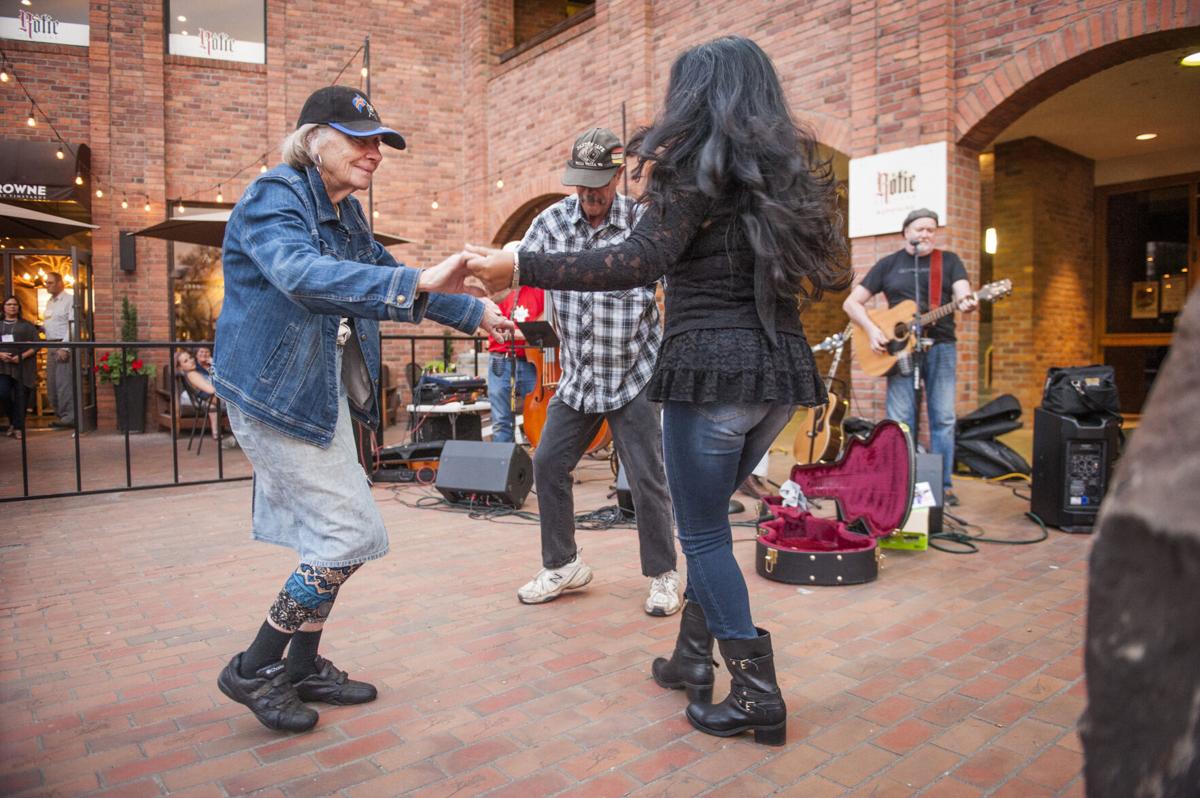 Sonia Trapani dances with some friends to the music of Portland’s A Fine Mess in downtown WW September 29, 2018. 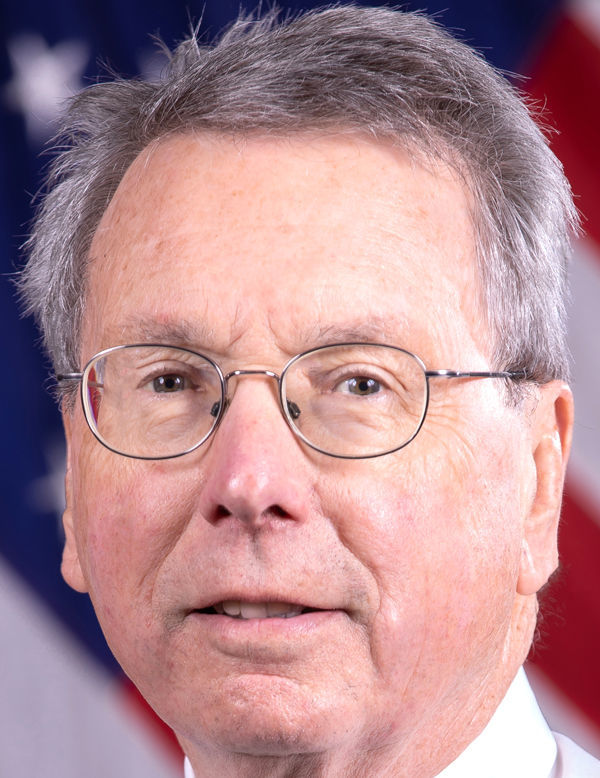 Elijah Pleyo, 2, takes in the Veterans Day Parade from his mother Jeralynn’s shoulders in November 2013.

Sonia Trapani dances with some friends to the music of Portland’s A Fine Mess in downtown WW September 29, 2018.

How about this for your next dinner table conversation topic: How would you describe the “average” resident of Walla Walla? For the purpose of this topic, “average” means those characteristics shared by a majority of city residents. How old is the average resident of the city? Male or female? What level of education does he/she have? How much per year does he/she earn? How long has he/she lived in town? Married or single?

Answers to these questions and a composite picture of the “average” resident of Walla Walla are found in the 2020 City of Walla Walla Engagement and Priority Assessment (as known as the Citizen Survey) conducted by Cobalt Community Research. Cobalt has done a similar survey every year since 2013. The findings of the survey provide important data for the Walla Walla City Council and staff to understand community values and priorities, to help direct city plans and programs, to communicate better with city residents, to assist council and staff regarding how to address and balance competing demands of various city groups and to make better budget decisions.

So how does Cobalt collect all these data?

Each year the survey is sent to a random sample of 2,000 city residents drawn from utility billing and consumer records. Each of the 2,000 residents randomly selected is sent a questionnaire.

In 2020, two mailings were sent, one in October and a second in November. The questionnaires had a series of questions arranged by topic/focus: police, streets, parks, fire, shopping, library, etc. In total, there were over 100 questions, in response to which the recipient was asked to give a numerical score (from 1, poor or very dissatisfied, to 10, excellent or very satisfied). All the scores for each question were totaled and an average score for all respondents was calculated. These average scores could then be compared, year by year, to see how the city is doing over time and with/against other cities in Washington and throughout the country. (The survey results given to the city had scores for all questions shown on a 0 to 100 scale, the better to allow for comparisons with other cities.)

In 2020, and for the first time, the survey was purposefully sent to residents in each of the city’s four wards (west, central, east and south), 500 in each. This allowed council and staff to compare results, opinions and feed-back by ward. The results were not the same in each ward. That is, we are not a homogeneous community with regard to ethnicity, age, income, level of education and, perhaps more surprising and of concern, attitudes and opinions about the city, particularly when looking at different parts of the city.

In 2020, 528 residents provided valid/usable responses. According to Cobalt, this resulted in a statistically valid response. Don’t ask me what this means, but 528 responses to 2,000 questionnaires resulted in a margin of error of plus/minus 4.2%. National surveys with a margin of error of plus/minus 5% require a sample response of 384 to reflect a population of 330,000,000. In 2020, the population of Walla Walla was approximately 34,000.

In addition to the questions referenced, each respondent was also asked to provide personal information (much of it by category): age, level of education, income, sex, ethnicity, etc. From these responses and information, we are able to profile the “average” resident of Walla Walla.

And what does the “average” resident of Walla Walla think about city issues? In the survey report, the above referenced 100 plus questions were grouped into 12 categories and an “overall” score (0 to 100) computed for each. The categories: (1) fire and emergency medical, (2) transportation, (3) utility services, (4) police, (5) shopping opportunities, (6) local government, (7) community events, (8) economic health, (9) parks and recreation, (10) library, (11) community satisfaction and (12) community image.

According to Cobalt, Walla Walla 2020 compared to 2019 was not an outlier. Almost all cities surveyed by them showed similar declines.

Why? The assumption is that the answer is found in one word: COVID-19.

The score of “Community Events” in 2020 went down because there weren’t any. “Shopping Opportunities” in 2020 went down for the same reason. The other categories that went down were probably similarly impacted. That is, we were all depressed and felt down in 2020 because of COVID. Responses to the survey questions were not immune. Assuming the city does another Citizen Survey this year (2021) and we come out of this pandemic, it will be interesting to see if our category “overall” scores go up.

As for why the “Transportation” category “overall” score went up, we are not sure. But one possible explanation or factor is that the Isaacs IRRP was completed, and this very heavily traveled street was open to vehicular use. Lots of people saw this as a positive and perhaps responded to the traffic questions accordingly.

Why such differences? And what does this say about how the city delivers services to various parts of the city and is seen and assessed by residents of different parts?

I am currently on council and live in the south ward. I hope that — consciously or unconsciously — those of us on council who live in the south ward are not playing favorites. But something has to explain the disparity. The west ward has a large Hispanic population. Do they feel — legitimately or not — that the city does not respond as favorably or quickly or seriously to their issues and concerns as in other parts of town?

The fact that the south ward has the most high scores cannot be explained by there being more responses from the south ward than any other. Besides, the number of responses does not influence the average numerical score for each ward. So something is going on and is reflected in the disparity in the values given to each of the more than 100 questions when compared by ward. Different parts and areas of the city have different attitudes and opinions about what Walla Walla is and how city services are seen and delivered.

What all this tells us I am not sure. As a member of council I am concerned about the ward-by-ward comparison of how residents in different parts of town view city government. Whether the “average” resident of Walla Walla is as statistically portrayed, there is no dispute, I think, that different parts of town see and think about city government and services differently. For this reason I think it is very valuable that we have council members elected from wards.

It is and should be the goal and desire of council that our city government address, respond to and provide services equally and fairly to all residents, parts and wards of the city. Results of the Citizen Survey suggest that maybe we do not.

The City Council should look very carefully at the results of the 2021 Citizen Survey. I hope that the scores in all 12 categories will go up and that there will be more balance between wards regarding high scores on the multiple questions asked.

As for the “average” resident of Walla Walla described herein, I invite you to consider the description and have at it.

Do you think/agree that a majority of Walla Walla residents have a college degree, that most make more than $55,000 per year, that we are 83% white? More important, what can/should be done with the survey (how it is distributed, the questions asked, etc.) to improve the data generated? And most important, what can and should the City Council and staff do to recognize, consider, respond to and provide services equally and fairly to all residents and parts of the city?