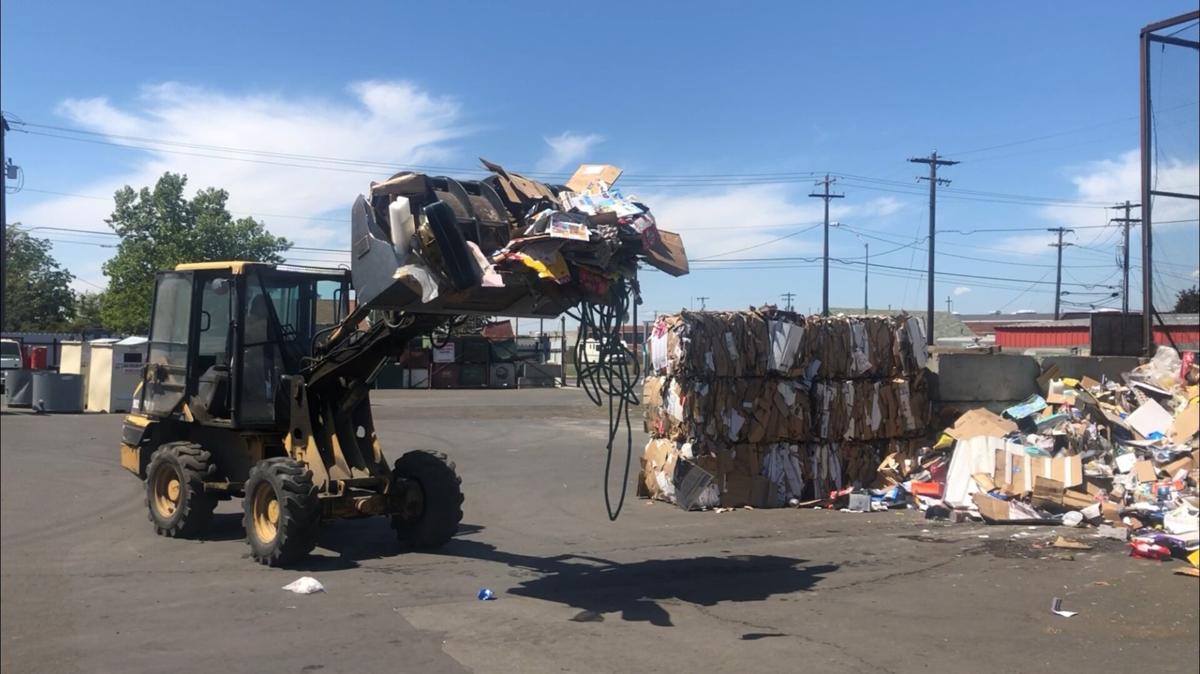 A loader is seen with the garden hose hanging from the bucket. Garden hoses are a prime example of a contaminant that can render a load useless. 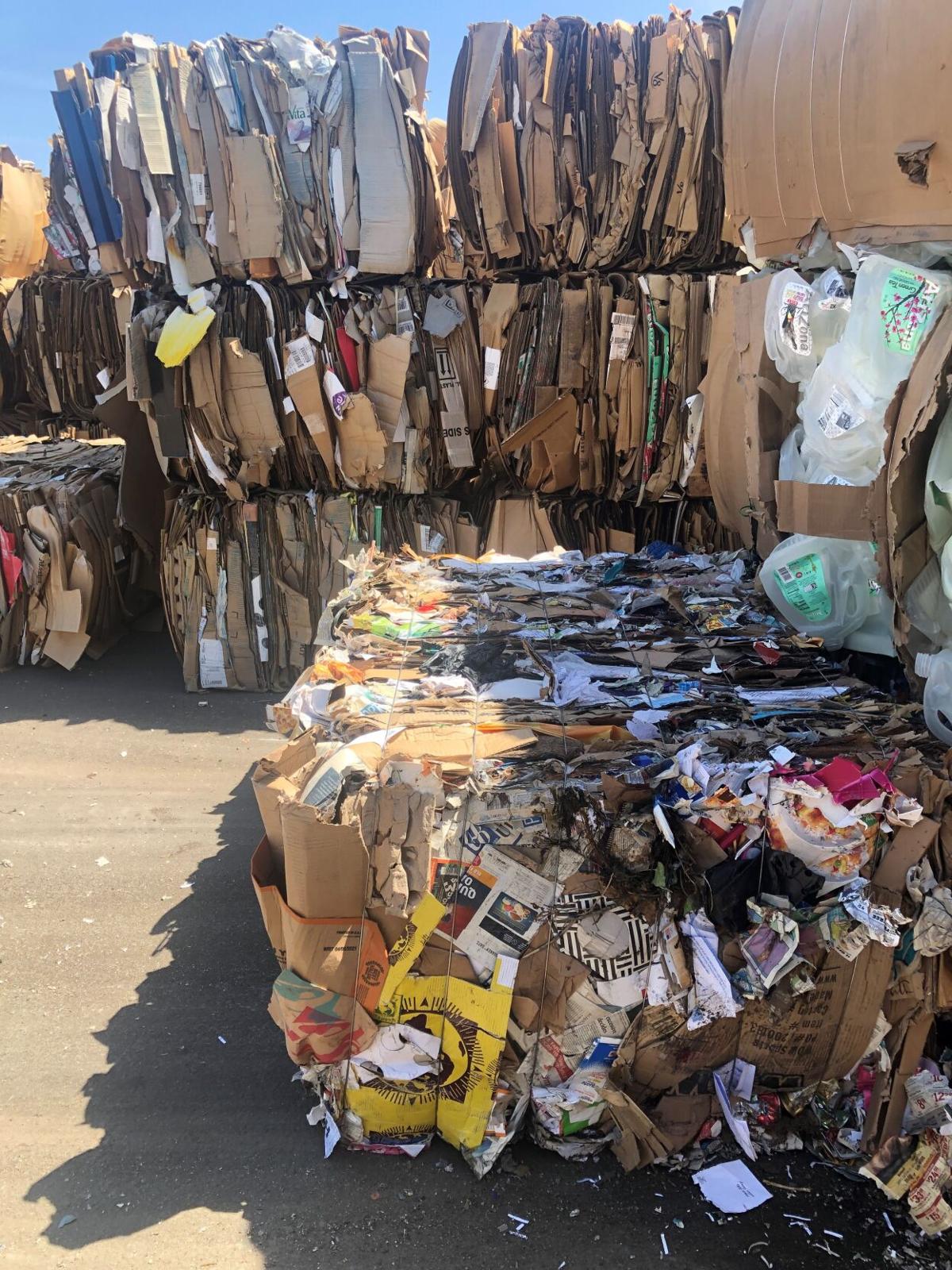 Clean bales are seen by a contaminated bale. 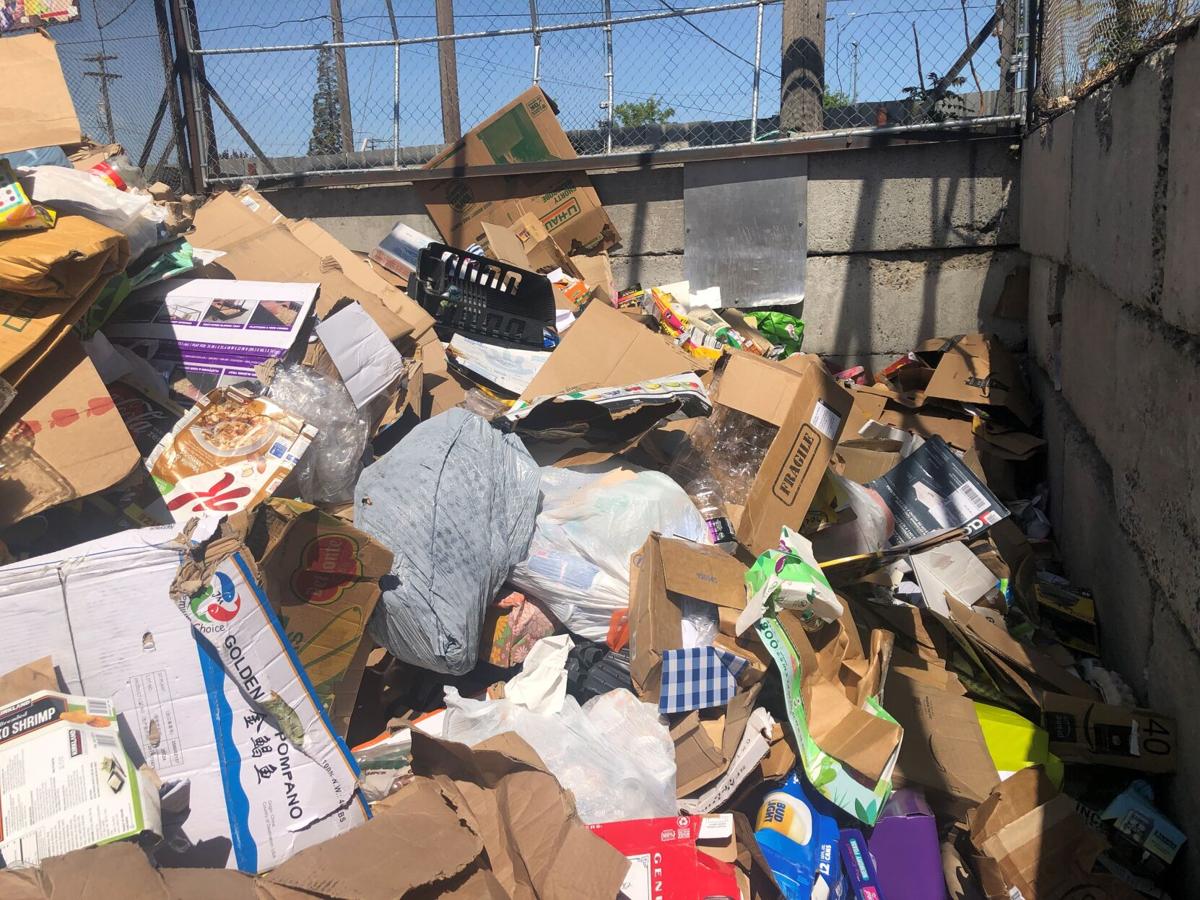 ABOVE: Several loads of contaminated recycling are seen on Friday, May 14, 2021. TOP PHOTO: A loader is seen with the garden hose hanging from the bucket. Garden hoses are a prime example of a contaminant that can render a load useless.

A loader is seen with the garden hose hanging from the bucket. Garden hoses are a prime example of a contaminant that can render a load useless.

Clean bales are seen by a contaminated bale.

ABOVE: Several loads of contaminated recycling are seen on Friday, May 14, 2021. TOP PHOTO: A loader is seen with the garden hose hanging from the bucket. Garden hoses are a prime example of a contaminant that can render a load useless.

Recycling seems simple: Recycle as much as we possibly can to save the environment, right?

The reality of recycling is much more complicated than that.

Until recently, the bulk of recycling material collected in the U.S. was sold to China for processing. Much of this material, typically around 30% by volume, was too contaminated — with food waste, non-recyclable items and hazardous waste — to process efficiently. Instead, it was dumped, and much of it found its way to makeshift landfills, waterways and the ocean.

In an effort to clean up the environmental impact of its recycling industry, China cracked down on recycling imports in 2018 and set a new threshold for acceptable contamination levels of import material at 0.5%. This near-impossible-to-achieve mandate effectively shut down the stream of shipments from overseas and what had been a lucrative market for cities across the U.S., including Walla Walla.

This new reality has forced municipal recycling programs everywhere to address the problem head-on. Cities are adapting and limiting what their residents can put in their bins — and in some rare cases, suspending their recycling programs altogether.

In Walla Walla, we are taking first steps by suspending the recycling of plastics. For the foreseeable future, we are only accepting clean, dry paper, cardboard, non-freezer chipboard (e.g., cereal/cracker boxes) and clean, dry aluminum and tin cans.

Plastics are problematic because there are so many types and not all are recyclable. Some plastics, even if they display the recycle symbol, are not recyclable here because there isn’t a market for those types. Removing plastics from the mix will simplify the effort, reduce contamination and allow us to focus on the basics. In time, we hope to re-introduce certain types of plastics into the recycle mix, but for now, they should go in the trash.

Many of us engage in what can be called “wishful” recycling. We assume that every kind of paper, cardboard, plastic, metal or organic material is recyclable. The more the better — someone will figure out how to recycle it, right? Unfortunately, that’s not how it works. Wishful recycling increases contamination, and while the wishful item may be recyclable, it must be recycled separate from curbside recycling. Items that fall into this category include ferrous (iron-based) metal, electronics, plastic bags, etc. Doing some homework before throwing it in the bin and only recycling what is accepted in the curbside bin will help keep costs down for everyone.

As you recycle your paper, cardboard, aluminum and tin, make sure it is clean (no food or organic material mixed in) and dry. Pizza boxes should be tossed in the trash. Shredded paper is difficult for sorting equipment to handle — please trash it as well.

China’s decision, while disruptive in the short term, will be better for the ecological health of both China and the rest of the world in the long term. It is a course correction that was overdue and will force other capable nations, including our own, to improve their capacity to recycle efficiently and sustainably.

In the coming weeks here in Walla Walla, you’ll notice a colorful new label affixed to your recycle bin. It should answer any questions you have about what should go in the bin and what should go in the trash going forward. The city will issue friendly reminders to residents who do not follow the new guidelines. Repeat offenders may be assessed a fee or have their bins removed.

It will take some practice, attention to detail and effort, but we can make a huge impact on our environment and economy through cleaner and more sustainable recycling. This is the first step.

For more details, please visit wallawallawa.gov/recycling or call the city at 509-524-4503.

Shane Prudente is the public works communications coordinator for the city of Walla Walla.