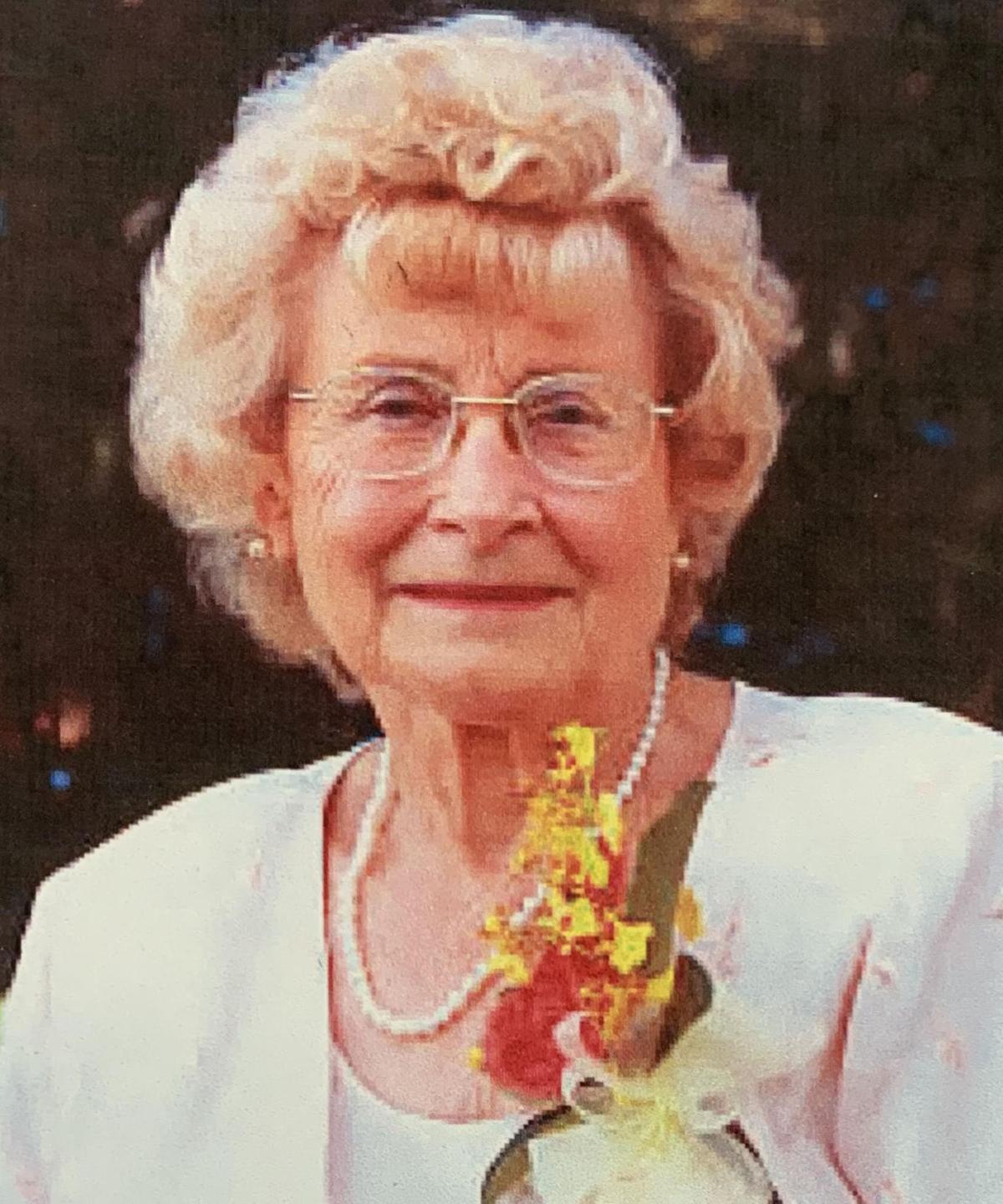 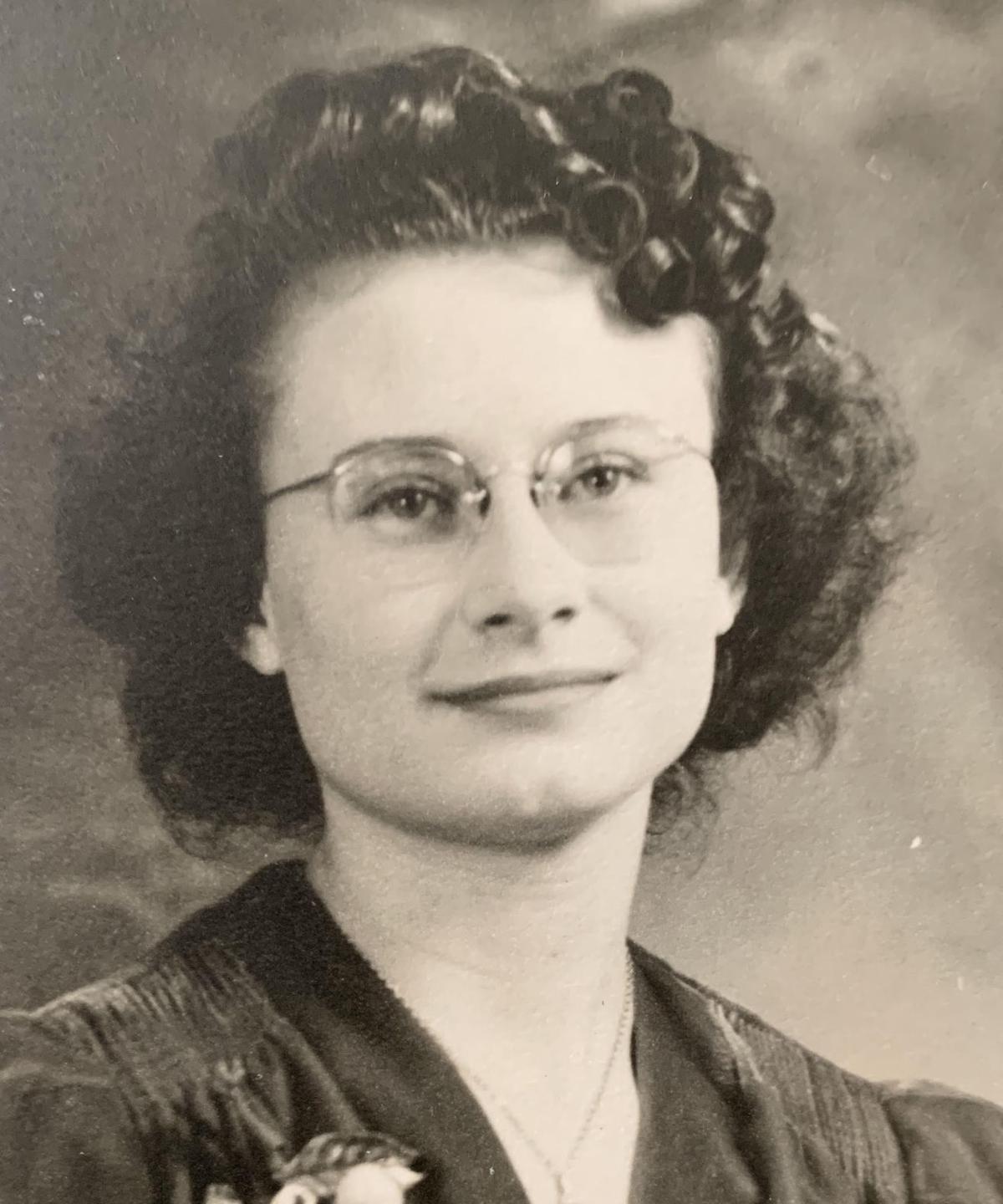 Mom lived near Davenport, Washington on a wheat farm with her parents, her twin sister Lorraine and younger sister Lois until she graduated from Davenport High School in 1945.  Shortly after graduation she got a job with the Northern Pacific Railroad in Montana, then Grandview. Mom met dad (James H. Cummins Jr.) while working in Grandview. They were married February 2, 1947, at the Methodist Church in Davenport.  They lived in Kellogg, Idaho and Connell for a short time then lived in Ayer Junction, WA for about 10 years where dad worked for the Union Pacific Railroad.  Her sons, Jim, Bob and John were born while they lived in Ayer.    We moved to St. John in 1955 then to Wallula in 1956. While living in Wallula mom enjoyed raising her family, gardening, church activities at First Baptist Church in Burbank, attending events at Columbia High School. She was a Sunday school teacher for 30 years, a Deaconess, Assistant Treasurer, and President of the Missionary Group in Burbank and latter at Faithline Baptist Church, Milton-Freewater. Mom worked for the Union Pacific Railroad as a clerk for a short time in Wallula.  She took many pictures during our travels to places like Yellowstone, Grand Teton, and  Banff National Parks,  Mount Adams area, the Washington, Oregon, and California coasts, and many fishing trips here in Eastern Washington. Mom made sure that we visited grandparents, other relatives, participated in family reunions and enjoyed vacations for a few weeks every summer.

Mom and dad bought a house in Walla Walla in 1972.  After moving to Walla Walla she spent a number of years studying the genealogy and writing a history about her mother’s side of the family (Wendlandt’s). In that publication (1988) she wrote, “The Lord has been good.” Mom enjoyed flower gardening, learned to make flower arrangements, and worked part time as a florist at several flower shops.  After dad retired in 1984 they bought a travel trailer and spent many months traveling.  Mom particularly enjoyed spending time in Arizona during the winter.  She also enjoyed trips to Minnesota to visit grand-kids and  particularly enjoyed a trip to Washington D.C. Dad (husband Jim) passed away March 26, 1997, when they were returning from Arizona. Mom married Glen Knopf on August 1, 1999.  Her and Glen lived in Walla Walla in  the same house that she lived before dad passed away and traveled to Arizona every winter until Glen passed away September 11, 2015.  Mom and Glen also made several trips to Hawaii.

Due to failing health in recent years she resided in several long term care facilities. More recently she was cared for by Sunset Adult Family Care Center.  We are grateful to the caregivers for the dedicated care of our mother.

Viewing will be at Herring Groseclose Funeral Home on May 21, 2020, from 12 to 6 p.m. and a family graveside service will be at Blue Mountain Memorial Gardens.  Family and friends are invited to view and sign the online guestbook at www.herringgroseclose.com.