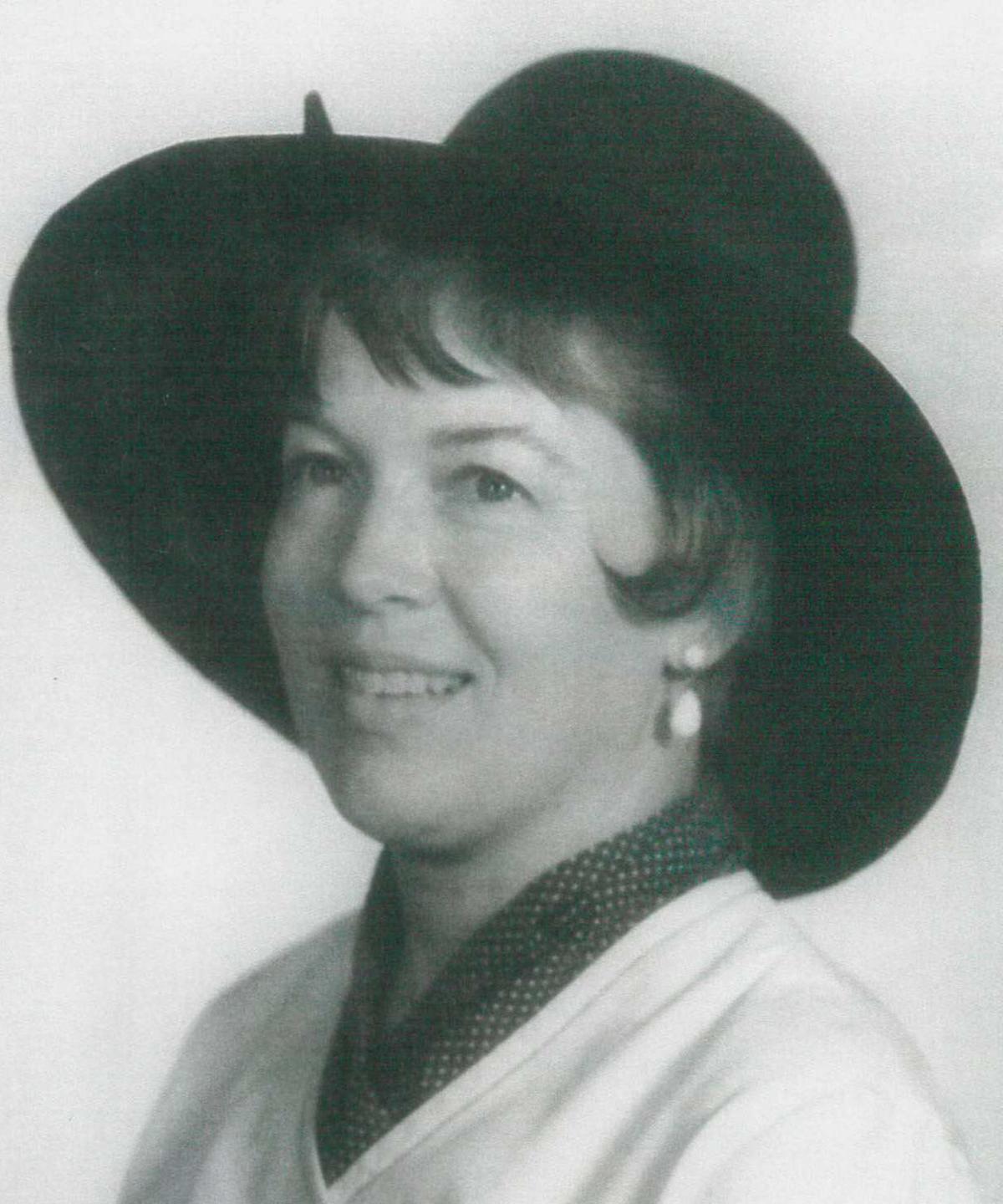 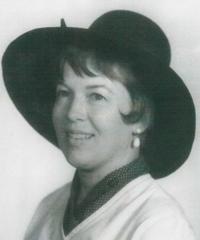 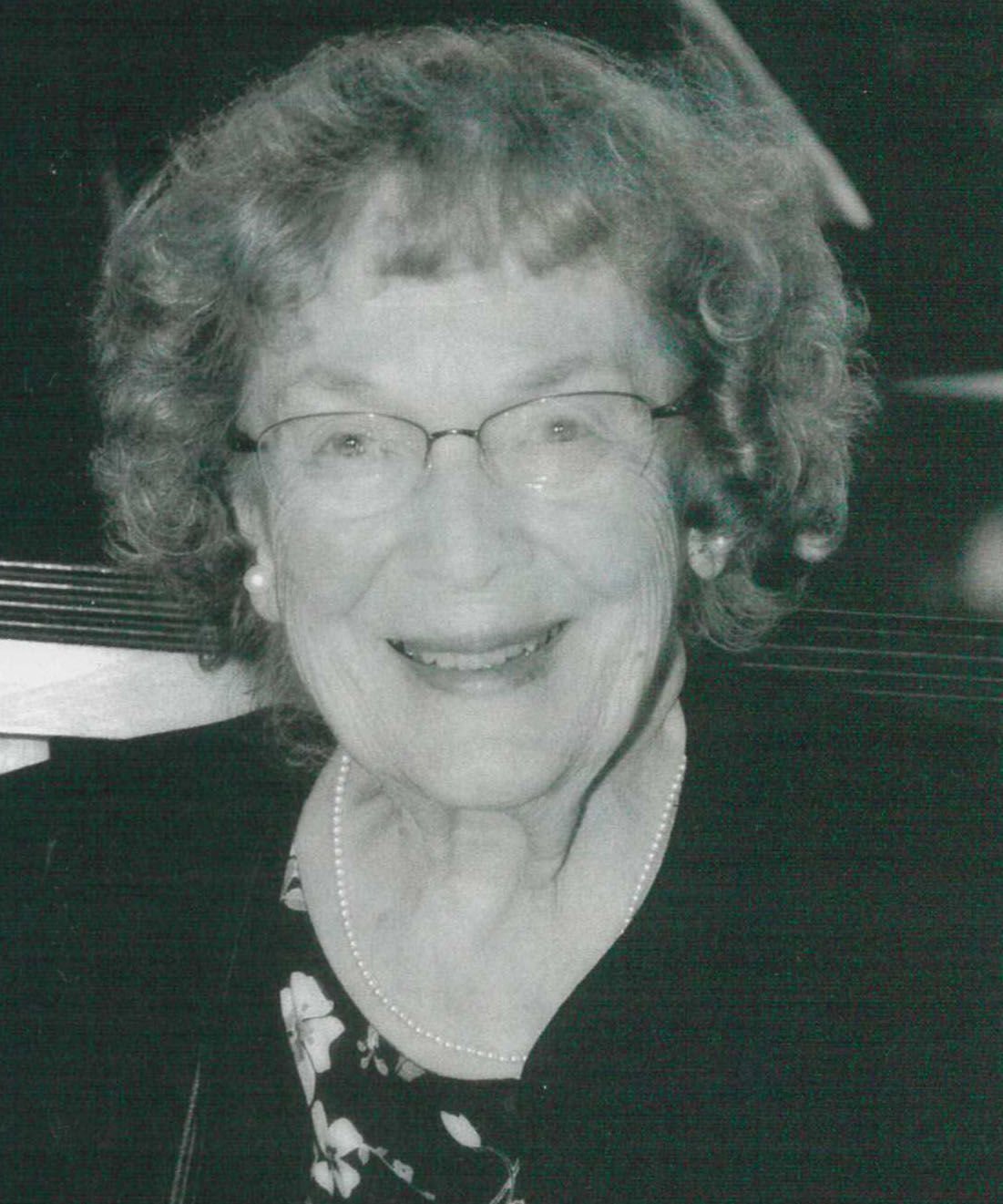 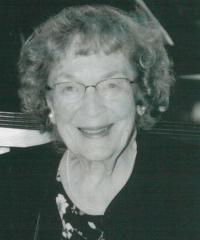 Esther was born in Myrtle Point, Oregon, August 7, 1925, to Elma Kathryn Anderson Keith and Ray Bruner Keith.  Esther and her only sibling, Maxine Ruth Keith, attended public schools together in Vancouver, Washington.  Affectionately related all their lives, the girls both enjoyed sports and music.  Esther served as Student Body President at Shumway Junior High and later as Girls League President at Vancouver High School, where she graduated in 1943.

After graduation, she worked saving money for college and for paying room and board to her single mother. She also worked throughout her college years.  She graduated from Washington State College (now WSU) in 1949 with a major in Home Economics.  A week after her June graduation, Esther married her college sweetheart, Virgil Whiteley, who grew up on a farm south of Walla Walla.  The couple settled in Walla Walla where Esther taught Home Economics at Pioneer Junior High.  They had two daughters, Marilyn Jean, born November 7 1952, and Barbara Ann, born September 16, 1955.  The family later moved to different locations for Virgil’s work as an Agriculture Economist.  Ester taught Home Economics at Tenino Washington High School and in Olympia.

The family lived in Sacramento, California for 28 years from 1957 to 1985.  After Virgil’s retirement, he and Esther moved in 1986 from Sacramento back to Walla Walla.

Esther was baptized into the Christian faith at the Christian Church as a ninth grader when she began singing in the church choir. Music continued to be important to her. She often publicly played her auto harp, including music she composed.  In later life she published a book of her compositions.

Regular Bible study became important in the 1950s after the births of her daughters who were both born with medical challenges. Esther cherished the years of loving care for her very special daughters. As the years went on she relied on her faith in Jesus Christ in increasing measure. Both in their teens, Barbie died January 8, 1970 and Marilyn on June 30, 1971.

Intercessory prayer became an ongoing part of Esther’s life as well as her reliance on her Lord until her death. She was known by her friends as a gifted prayer intercessor as she prayed often for others and for the world around her. Her life was one of happiness and thanksgiving to God, no matter what her circumstances.  After 65 years of marriage, her husband Virgil died June 10, 2014. In May 2017, she moved to Whitman Place Assisted Living where she continued to give thanks in all circumstances for God’s increasing care for her. She always encouraged others to give her Lord Jesus Christ first place in their lives.

Throughout her lifetime Esther was involved in several different churches. At Christmas time in 2014, she joined  the Emmanuel Lutheran Church in Walla Walla.

Preceding her in death were her parents, husband, two daughters and her sister.  She is survived by numerous relatives in Walla Walla and out of state.  She is also survived by many caring Christian Friends who became family to her.

Viewing and visitation will be held on Monday, October 19, from 11 AM until 6 PM at the Herring Groseclose Funeral Home, 315 W. Alder, Walla Walla.

Due to Covid 19 restrictions, private family services will be held, with Mark Koonz from Emmanuel Lutheran Church officiating. Interment will follow at Mountain View Cemetery where she will be buried beside her loving husband. Memorials may be made to the Emmanuel Lutheran Church, the Walla Walla Senior Center, or to the charity of your choice through the Funeral Home. Funeral arrangements have been entrusted to the care of Herring Groseclose Funeral Home.