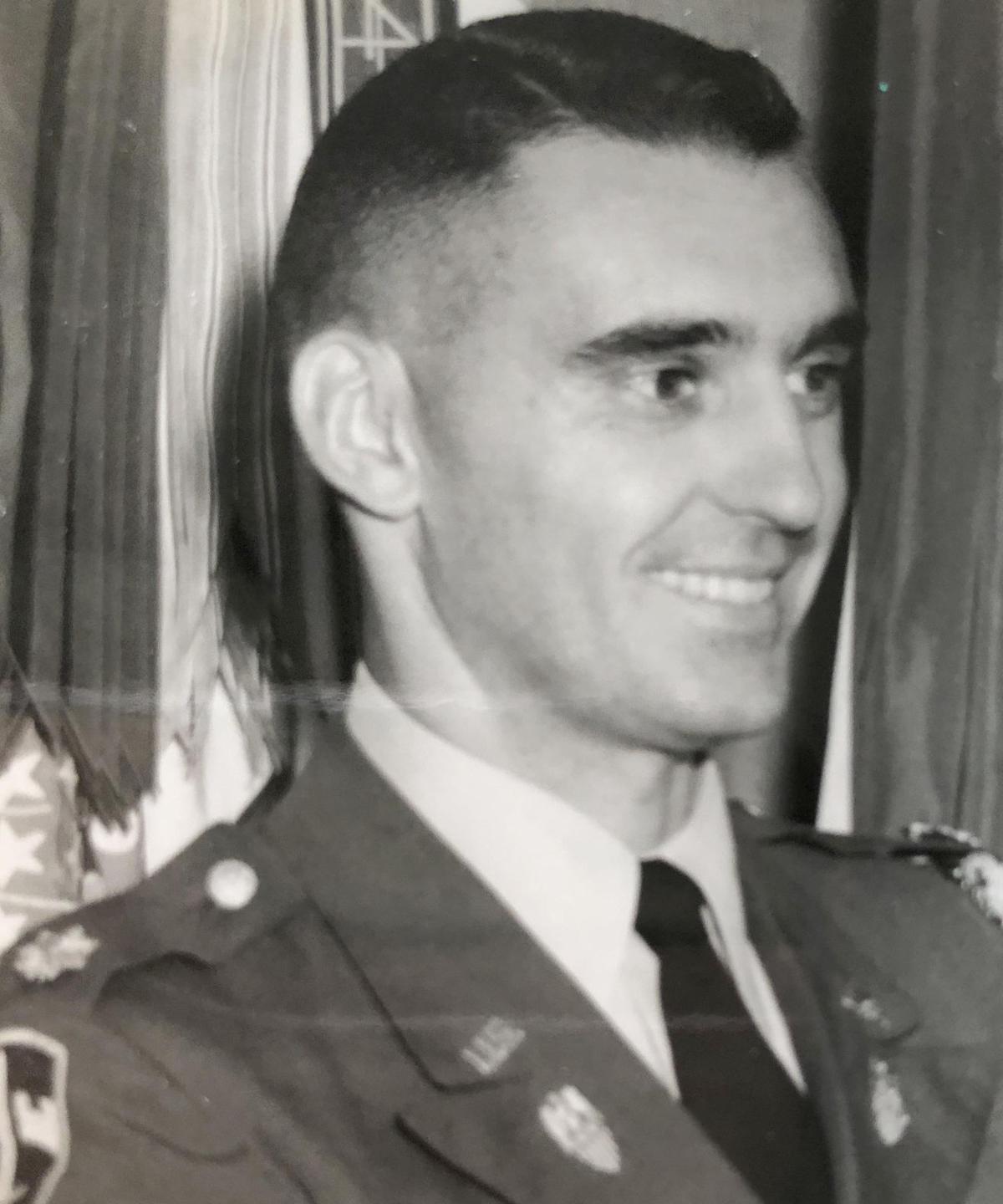 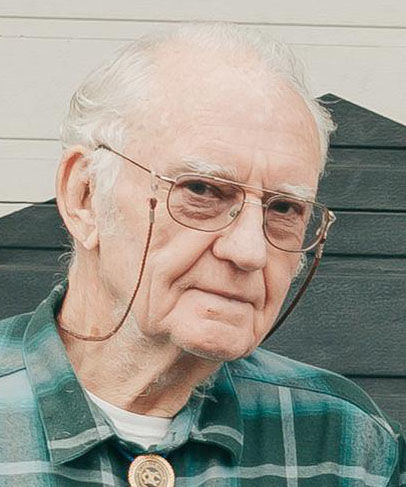 Born in Douglas, Arizona on January 1, 1934, Ed was the eldest child of Edward Harry George, Jr and Florence Elizabeth (McPherson) George. He was known as Harry to family and friends until entering the army in 1957, when he came to be called Ed. His early years were spent in Arizona, New Mexico, and California, following his father’s job with the Southern Pacific Railroad.  The family spent several years living in a boxcar converted to living quarters parked on a siding. He graduated high school in Calipatria, California in 1952.  He enrolled at Cal Poly San Luis Obispo where he majored in Air Conditioning/Refrigeration Engineering receiving his degree in February of 1957.  He served as Commander of the ROTC unit his senior year.  He was commissioned as a 2nd Lieutenant, in May 1957.  After completing his initial training, he was assigned to the 3rd Engineer Battalion with duty in Munich, Germany.  It was here that he met and married Jacqueline (Poff) George in 1960. While attending Engineer Officer Advance Course at Ft Belvoir, Virginia in 1962, the couple’s first child, Elizabeth, was born.  Son, John, was born in Warren, Michigan in 1966.

His 20-year military career took him to 16 duty stations, serving two tours of duty in Viet Nam in the 1960s. He attended a number of military schools, was Post Engineer at Sidney Army Depot, Nebraska, served as Aide de Camp for General Harold Lapsley, spent 2 years in Rio de Janeiro, Brazil, taught ROTC at Eastern Kentucky University in Richmond, Kentucky, and retired as a Lieutenant Colonel in 1977 from his last duty station as Deputy District Engineer, Walla Walla District.

After retiring Ed was director of the United Way, taught part-time at the penitentiary through WWCC, and worked on construction projects at the Penitentiary, Wa-Hi, and Blue Ridge Elementary. His last active employment was as Emergency Management Director for Walla Walla County, ending in 1999.

Ed spent many years involved with Boy Scouts, leading hiking and camping expeditions and encouraging John in his pursuit of Eagle rank, which was celebrated in 1981. Ed joined The National Exchange Club shortly after moving to Walla Walla in 1974. After serving in leadership roles in the Walla Walla Club, he went on to serve as Northwest District President two terms.  His involvement continued at the national level, serving as Regional Vice President two terms and two terms as National Treasurer. Through all those years he kept close ties to the Walla Walla Exchange Club. His favorite activities were the Ride Against Child Abuse College Rodeo; the Exchange Food Booth at the Southeast Washington Fair, distributing candy for the Easter Egg Hunt at Pioneer Park, and Give a Kid A Flag to Wave at  4th of July in the Park was an annual pastime.  He served as Secretary of the Walla Walla club for 15 years.

Ed truly had wanderlust throughout his life.  Beginning in his earliest years with his parents and siblings, Ed attended 12 schools before high school.  In addition to the many places the military took him in his career, Exchange Club National meetings and conventions led he and Jackie throughout the United States, including several trips to Hawaii. One hobby he pursued for a number of years was visiting as many professional football stadiums as he could, at last count he had been to 22 stadiums (including the Kingdome, Husky Stadium and Quest Field for Seahawks games) and two ProBowls in Hawaii; his biggest regret was that he never made it to Green Bay!  Following Jackie’s retirement in 2006, the couple took trips to China, Australia, Russia, Amazon River and Brazil, Panama Canal, Alaska, Mexico, the Mediterranean, and throughout Europe.  He boasted of traveling on 6 continents, missing only Antarctica (which he claimed he wasn’t sorry about.)

Please see https://www.herringgroseclose.com/Obits for more details. The family plans a private internment in August.   In lieu of flowers, memorial contributions may be made to WW Valley COVID-19 Response Fund or The Health Center through Herring Grosclose Funeral Home, 315 W. Alder, Walla Walla, WA 99362.