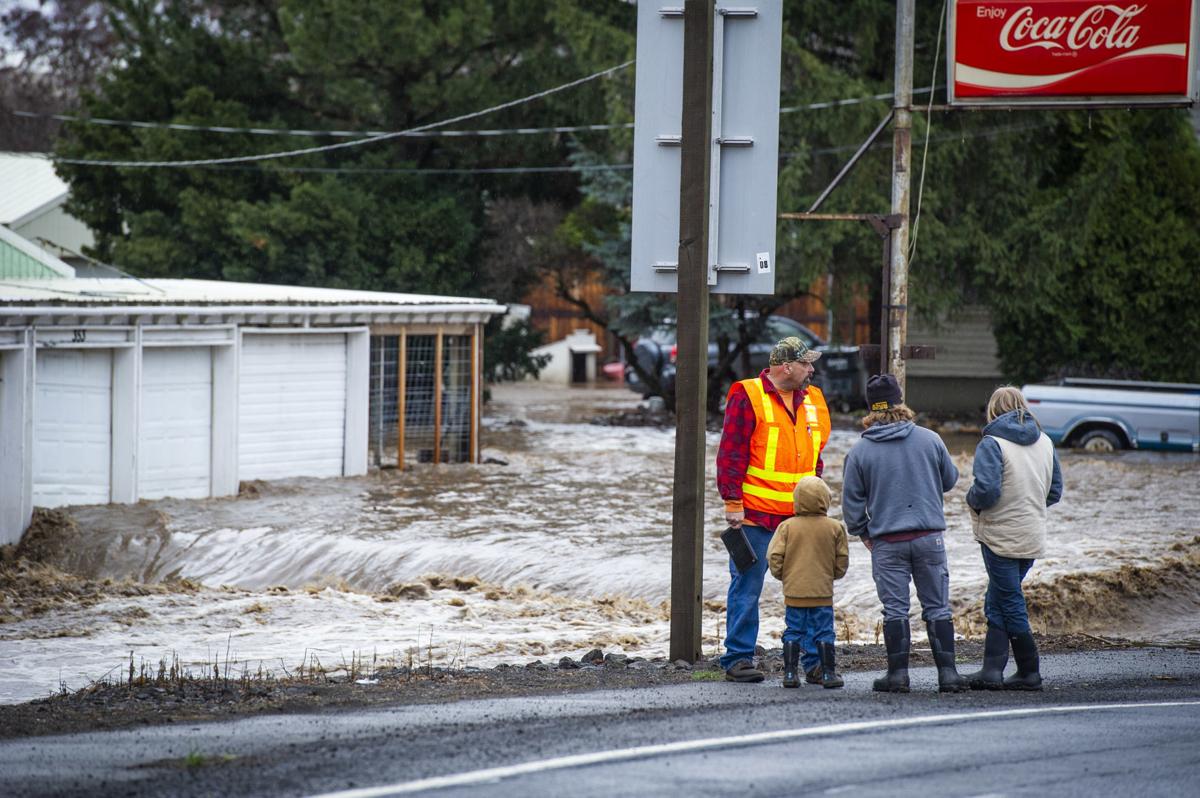 Property damage to the region hasn't been assessed yet, but communities from Waitsburg (pictured here Friday morning as rivers overflowed their banks) to Mill Creek in Walla Walla and into Milton-Freewater and Weston were hit by major flooding last week. 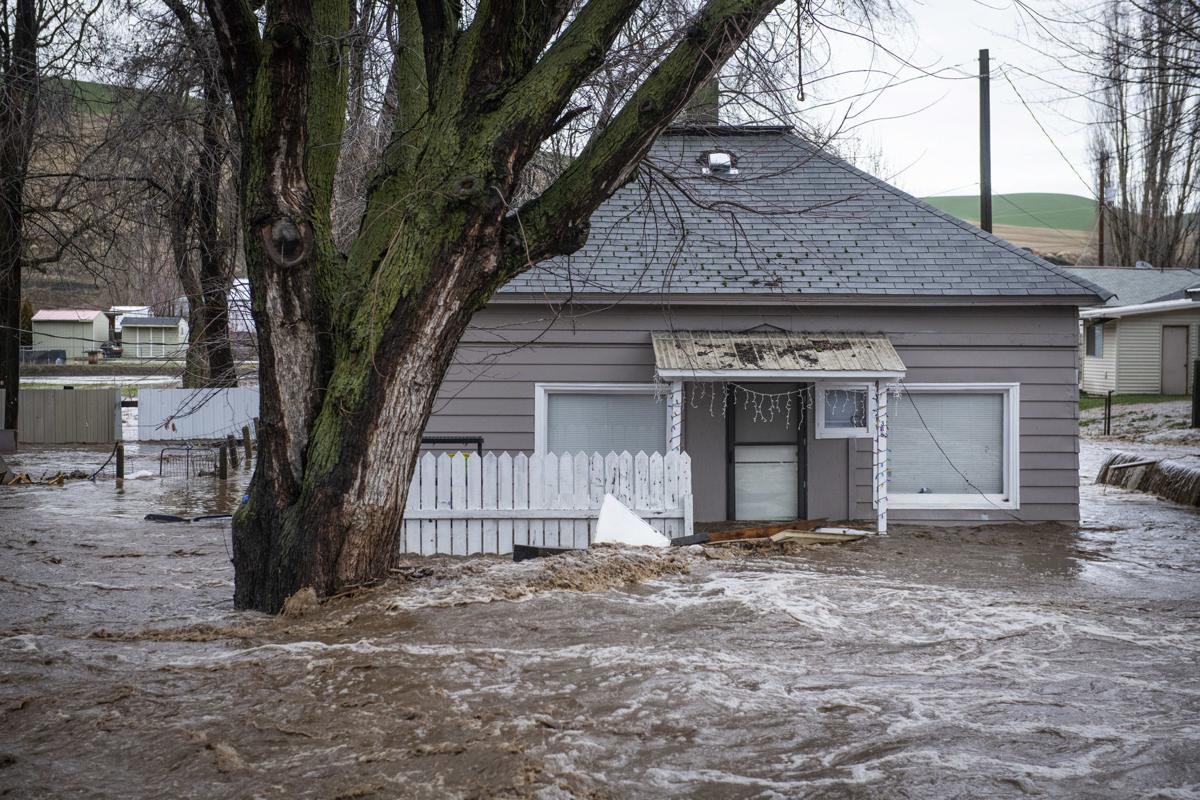 Property damage to the region hasn’t been assessed yet, but communities from Waitsburg (top and above) to Mill Creek in Walla Walla and into Milton-Freewater and Weston were hit by major flooding last week.

Property damage to the region hasn't been assessed yet, but communities from Waitsburg (pictured here Friday morning as rivers overflowed their banks) to Mill Creek in Walla Walla and into Milton-Freewater and Weston were hit by major flooding last week.

Property damage to the region hasn’t been assessed yet, but communities from Waitsburg (top and above) to Mill Creek in Walla Walla and into Milton-Freewater and Weston were hit by major flooding last week.

The greater Walla Walla Valley is still drying out this morning after one of the largest floods in history for the area.

Many residents have been returning to their homes as evacuation orders were lifted and roads opened.

But some had to remain at shelters, as their homes remained flooded, and some areas still were impassable.

The evacuation order from 6549 Mill Creek Road to the Oregon border was lifted Sunday morning, but the Mill Creek Bridge was closed, requiring residents to take alternate routes, according to a release from the Walla Walla County Emergency Management Department. The road at the Oregon border, however, remained closed.

Other roads were reopened, too, such as U.S. Highway 12 from Waitsburg to Dayton and Touchet to Wallula, as well as Powerline Road at Cottonwood Creek.

But still dozens of others remained closed, such as Touchet North Road, from Highway 12 to state Route 124.

South of the state line, Umatilla County Search and Rescue evacuated dozens of residents through the weekend, including 26 on Friday and 21 on Saturday, most of whom were from Umatilla River, Bingham, and Mill Creek roads, according to a release from the Umatilla County Sheriff’s Office.

Oregon Army National Guard’s CH-47-Chinook and HH-60M-Blackhawk helicopters assisted in most of the evacuations.

Janet Tobkin Conley, 62, was found dead Sunday morning on Bar M Ranch in Adams by searchers, according to a release. She decided to stay at her home during the floods and was reported missing to the Umatilla County Sheriff’s Office Saturday, the release stated.

No other people were reported missing or dead this morning, according to Chris Ingersoll, Umatilla County Emergency Management public relations officer. He said another four people were rescued by helicopter Sunday and anticipated search and rescue operations to transition to assessment and recovery as the water recedes.

However, he said, evacuations would occur if needed, but hundreds of people told search and rescue crews they would shelter in place for several weeks while roads were repaired.

“They’re a very resilient group of folks,” he said, adding, “We’re expecting a lot of folks getting back to their homes.”

The National Weather Service removed its flood warning Sunday for Walla Walla, Milton-Freewater and surrounding areas, according to an East Oregonian report.

And Milton-Freewater’s mandatory evacuation order was lifted for people east of Highway 11 and South Main Street.

Additionally, on Sunday evening, the Touchet River dropped below flood stage, and the Umatilla River was below action stage near Pendleton, according to the EO report. Weather forecasts for the next several days showed no sign of causing more flooding.

Sunday night, 18 people stayed at the Red Cross Shelter in the Pendleton Convention Center, while five were in the Walla Walla Shelter at the fairgrounds, according to Chad Carter, American Red Cross regional communications director.

The Mill Creek channel’s flow had ebbed from 3,900 cubic feet per second at its highest Friday to 715 today, he said.

A series of meetings to coordinate the county’s efforts for recovery were expected to happen today, he said. And the Emergency Operations Center’s workers now were able to go home at night, he said, as residents’ needs dwindled.

“Right now, we’re working at the recovery phase so everybody is on the same sheet of music,” he said.

To help a specific area, people can write the name on the check or on the online donation. BMCF will give the money to the emergency services unit for free.

People can stay at the Waitsburg Christian Church on Main Street, which is open 24/7. Those with questions can call Pastor Matthew Wyatt at 916-622-9932.

If people need help or want to help:

Flood damage can be assessed for reduction in 2020 taxes

Flood damage to homes and businesses in Walla Walla County can be reported with a destroyed property form for a reduction of property value in the 2020 tax year.

Property or business personal property that has been placed on the assessment roll as of January 1, 2019, and was destroyed by a natural disaster in 2020, in whole or in part, is eligible for a reduction of the value for the 2020 tax year, Walla Walla County Assessor Debra Antes said.

The application must be filed within three years of the date of destruction, she said.