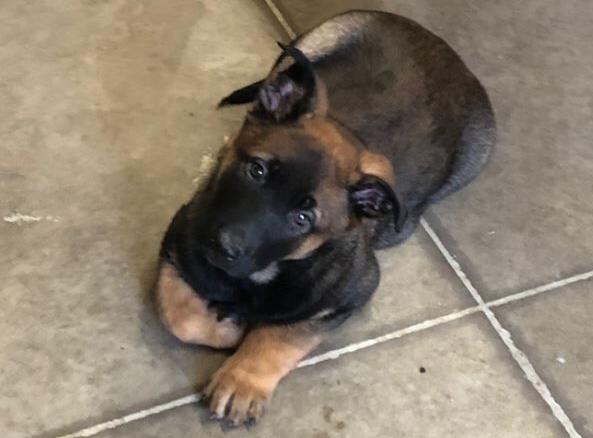 Walla Walla Police Department’s next K-9 officer is training and will come to Walla Walla when he is about 10 months old.

Walla Walla Police Department’s next K-9 officer is training and will come to Walla Walla when he is about 10 months old.

Walla Walla Police Department K-9 Farel, 10, submitted his retirement papers and will live out his years with his handler and best friend, Officer Travis Goodwin. He will take a more laid-back lifestyle, relaxing at home and just being a dog, officials say.

The Belgian Malinois native to the Czech Republic worked patrol within the city of Walla Walla and helped with criminal apprehension, article searches, tracking and officer protection.

K-9 Farel, a key to police operations since joining the SWAT team in 2015, saved many suspects’ lives where deadly force was the only other option, officials said.

The department’s newest recruit, yet to be named, is still just a pup and is learning how to fill the shoes of K9 Farel in Iowa, according to the release.

“We will have him in a WWPD uniform just as soon as he grows into it,” the release stated.

He is also a Belgian Malinois and will come to Walla Walla when he is about 10 months old, Sgt. Gunner Fulmer said.

The department will share photos and videos of the pup in action so the Walla Walla community can watch him grow up to become a part of the Walla Walla Police Department.

The K-9’s handler will be Goodwin, who will head to Iowa in the fall to train with him and bring him home to Walla Walla, Fulmer said.