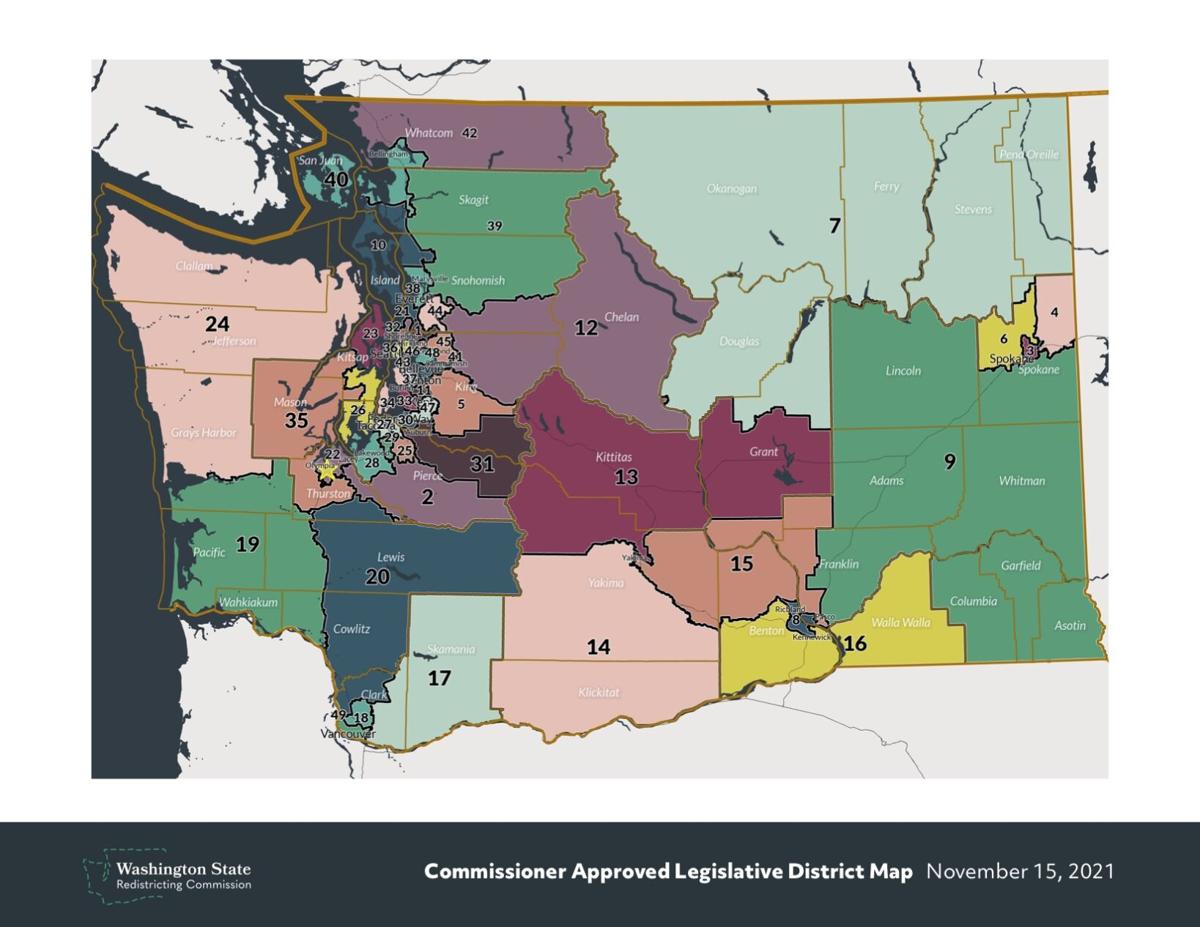 Washington state’s bipartisan redistricting commission released its proposed maps for the state’s legislative districts on Tuesday, Nov. 16, a day after its midnight deadline to publish the maps. As such, the task now falls on the state Supreme Court to approve the final maps. 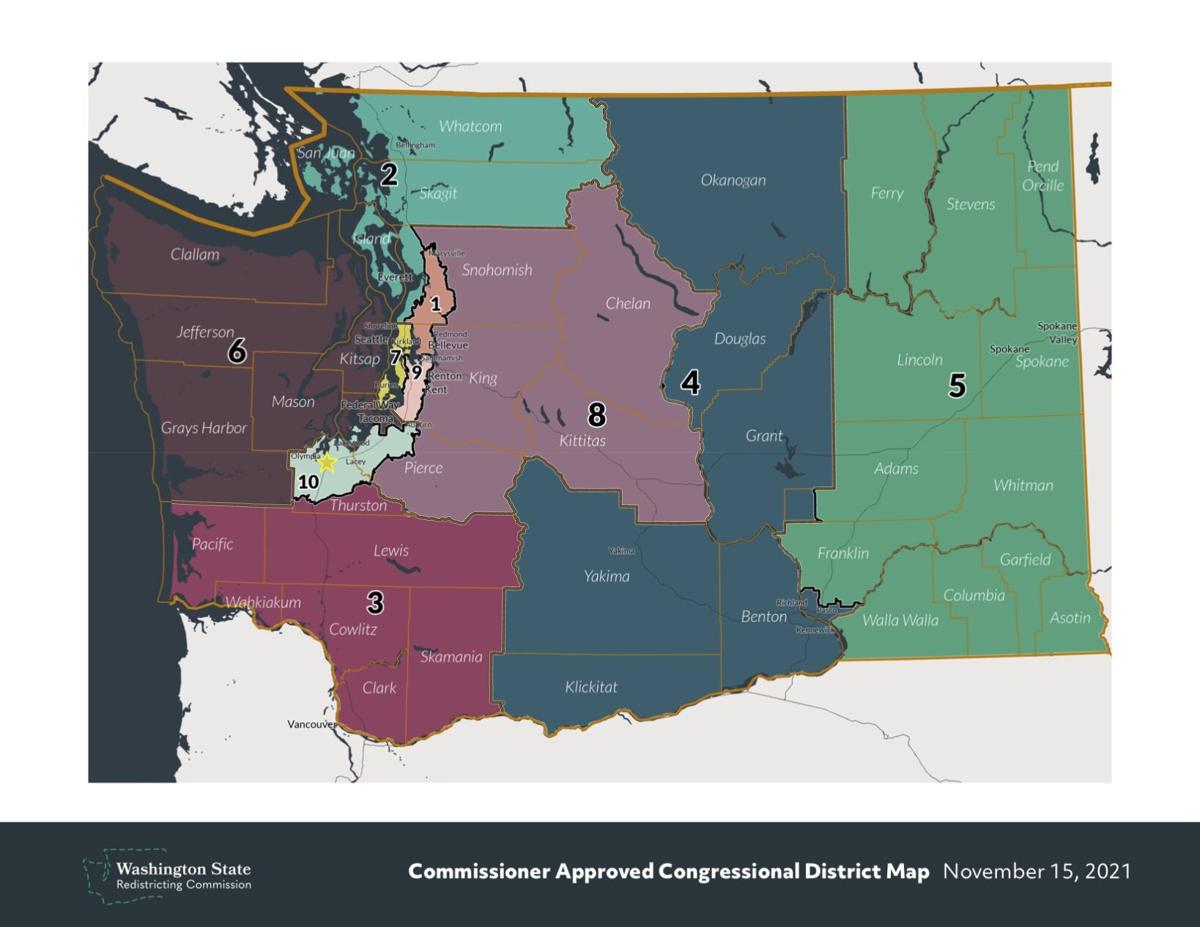 The state Supreme Court now has the responsibility of approving Washington state’s bipartisan redistricting commission’s proposed maps because of a missed deadline.

The job of defining the state’s legislative and congressional boundaries falls upon the Washington State Supreme Court, after the state’s bipartisan redistricting commission failed to meet its midnight, Nov. 15, deadline to redraw those maps.

However, the commission reached a consensus the following night, releasing proposed maps for state and federal representation and urging the Supreme Court to implement them as drafted. The high court has until the end of April to finalize those maps.

The 5th Congressional District, which stretches from the state’s northeastern boundary to the Oregon border and is represented by Rep. Cathy McMorris Rodgers, R-Wash., would widen significantly, incorporating the western portion of Walla Walla County.

Currently, the 16th Legislative District includes a portion of Eastern Pasco and the Tri-Cities Airport, as well as a significant portion of Benton County between Benton City and Cold Creek to the north. Under the proposed maps, the 16th District would no longer contain Pasco or any other part of Franklin County, trading it for a portion of West Richland.

This proposed shift does not appear to spell significant change for the proportion of urban to rural voters in the 16th District, said State Senator Perry Dozier, R-Waitsburg, in an interview.

The most dramatic change to the geography of the 16th is the loss of the sparsely populated agricultural hub of Columbia County, which would be subsumed by the massive proposed 9th Legislative District.

While the 16th Legislative District needed to increase in population size, the redistricting commission did so while also carving out a large portion of the district’s territory, Dozier said.

“I’m disappointed I don’t get the opportunity to represent the people in the Columbia anymore,” Dozier said. “I think it’s going to work out, but it just seems to me that the change between the 15th and the 9th just added more miles for those legislators to govern.”

It’s certainly true that the 9th Legislative District, which currently contains Adams, Whitman, Garfield and Asotin counties, as well as most of Franklin County and a portion of Spokane County, would grow in size under the proposed maps.

If the state Supreme Court approves the proposed maps, the 9th Legislative District incorporate the remainder of Franklin County and a larger portion of Spokane County, while the entirety of Lincoln and Columbia counties would suddenly be brought into the fold.

At around 10,000 square miles, it would become the state’s second-largest legislative district, said Rep. Mary Dye, R-Pomeroy, smaller only than the gargantuan 7th Legislative District to the north, much of which is forest land.

“I’m excited, because I’m from Garfield County, and Columbia County is a kindred spirit, although rivals in sports,” Dye joked. “It’s a good rivalry, though!”

Columbia County shares the same economic challenges as the rest of the 9th District, Dye said, and is formed around a similar agricultural core.

“These families are rooted to the place and have a long history,” Dye said. “We’re working with third-, fourth- and fifth-generation farm families.”