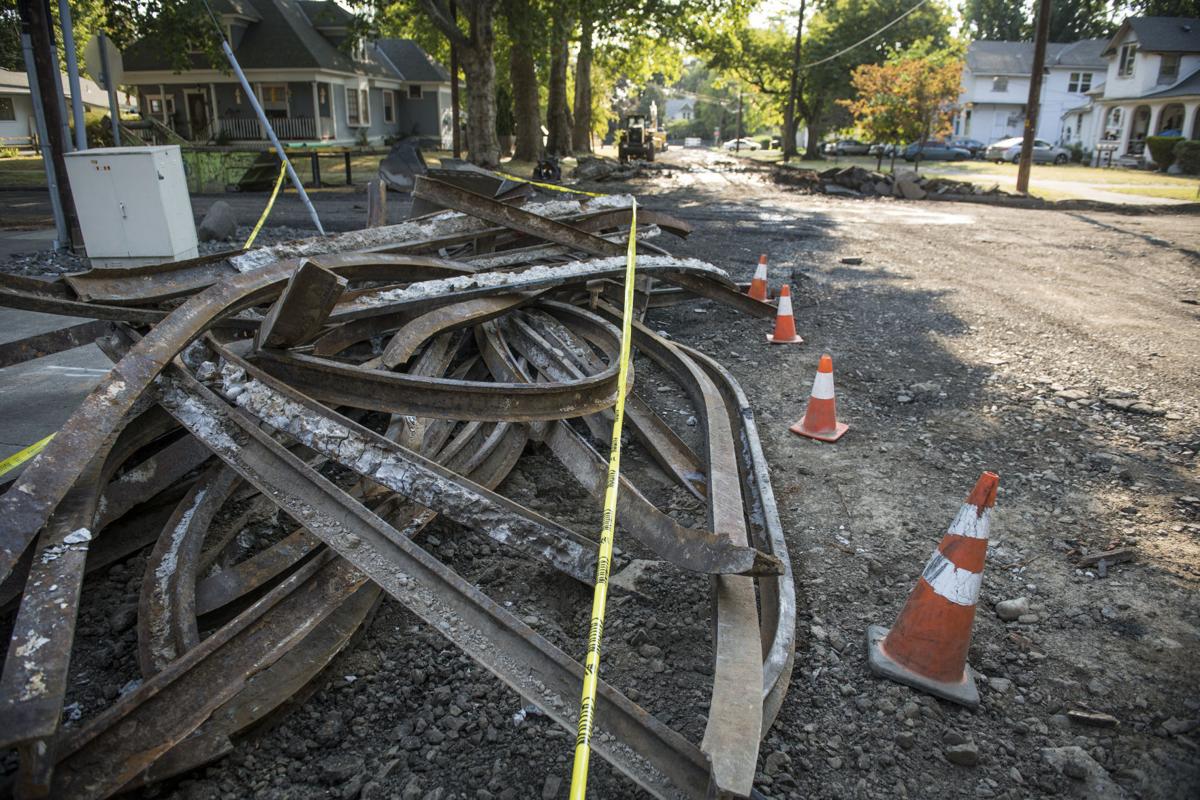 A pile of old trolley rails sits at the corner of First Avenue and Whitman Street last week. The rails date back more than a century to a trolley system used about 20 years in the early 1900s. They were dug up as part of the Third and Maple Infrastructure Repair and Replacement Project. 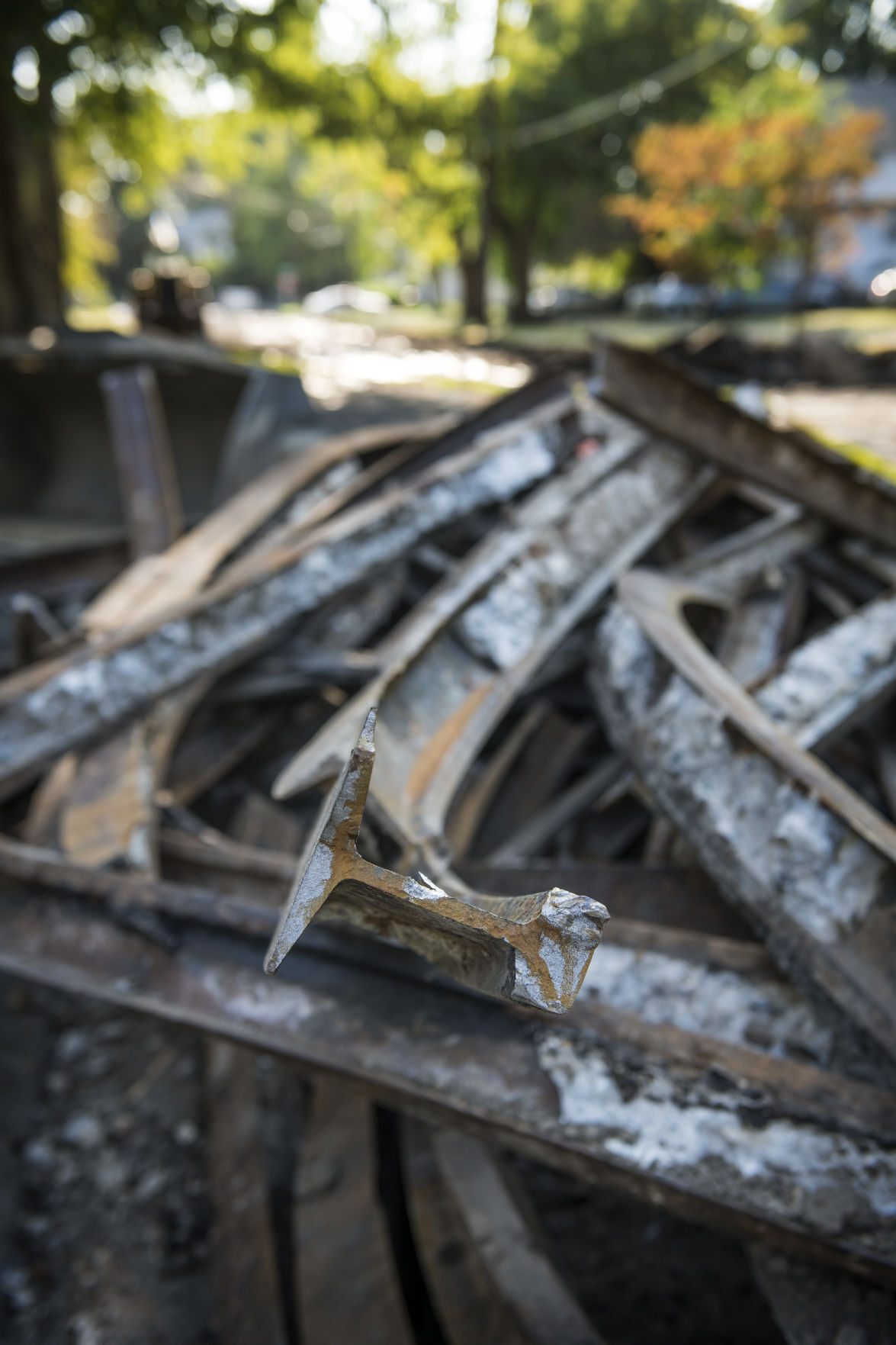 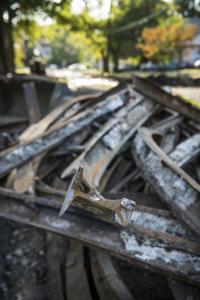 A pile of old trolley rails lies at the corner of First Avenue and Whitman Street last week.

A pile of old trolley rails sits at the corner of First Avenue and Whitman Street last week. The rails date back more than a century to a trolley system used about 20 years in the early 1900s. They were dug up as part of the Third and Maple Infrastructure Repair and Replacement Project.

A pile of old trolley rails lies at the corner of First Avenue and Whitman Street last week.

Contractors dug up history last week when rails from Walla Walla’s trolley system dating back to 1906 were removed from Whitman Street between First and Second avenues.

The tracks once connected Walla Walla residents to downtown, Pioneer Park, the Walla Walla County Fairgrounds, cemetery, and many other key stops before automobiles became the common transportation mode.

For 5 cents, Walla Wallans could take a trip around the city’s central portion, and as far as Pleasant Street or Prospects Heights. Stops included colleges, local businesses and an opera house.

About 450 linear feet of those trolley tracks were dug up to replace the sewer main underneath them as part of the Third and Maple Infrastructure Repair and Replacement Plan Project, including water, sewer and road improvements expected to be complete in October, city officials said Tuesday.

The removal of trolley tracks is permitted because of measures taken to mitigate the impact of the loss of the tracks.

These efforts included hiring Fort Walla Walla Musem to conduct an archeological survey, research and report on the trolley system in 2011 when a different project called for the removal of the tracks.

When part of the rail was removed in 2011, archeologists took a piece of it. The rail had a date on it and listed the manufacturer, confirming the research, said Mike Laughery, the city’s capital programs engineer.

That piece is at Fort Walla Walla Museum and if needed, can be curated, made part of the museum, and put on display.

With these steps, the state Department of Archaeology and Historic Preservation and the Confederated Tribes of the Umatilla Indian Reservation continue to grant permission for removal of the tracks for each infrastructure project the city plans, so far, Laughery said.

Another step in honoring the history could be incorporating a segment of railroad tracks into the design, Laughery said. That would mean removing the original tracks, rebuilding the utilities, and then setting the new tracks back in the roadway, so they are still visibly present, he said.

That idea has not yet been required, he said.

According to the 2011 report, exposed trolley tracks create safety hazards for pedestrians and cyclists. Leaving tracks beneath asphalt leads to premature failure of that street surface, and pavement failure associated with the tracks was discovered in various locations where buried rails exist.

Some of the trolley tracks remained much longer than they were in use, and portions can still be seen on Whitman Street between Howard and Division streets, near the intersection of Clinton and Boyer streets and along North Sixth Avenue to Cherry Street.

The trolley only operated 20 years before the automobile became so common that the line had to close down in 1926.

“I don’t know what the financial investment was back then but it had to have been substantial,” Laughery said. “I don’t know if they just didn’t foresee the development of the automobile or how that played out.”

Trolley cars would hold 28 to 72 passengers and were equipped with onboard electric motors. Overhead wires supplied electricity to the cars through metal rods extending from the roof, according to an article published by Maury Mule of the Fort Walla Walla Museum.

The trolley cars had two-piece windows allowing for air during hot summer days and maintaining heat in the colder months with an onboard coal-fired stove providing heat to the car, the article stated.

The trolley operated in conjunction with an interurban line, which closed in 1931 and ran about 13 miles south to the Oregon cities of Milton and Freewater, the article stated. Spur lines and connections to national rail networks would appear.

No other discoveries were reported when the contractors removed the tracks, Laughery said.

Project contractor Total Site Services now owns the tracks, and if no one wants them, they will probably be scrapped, according to city staff.