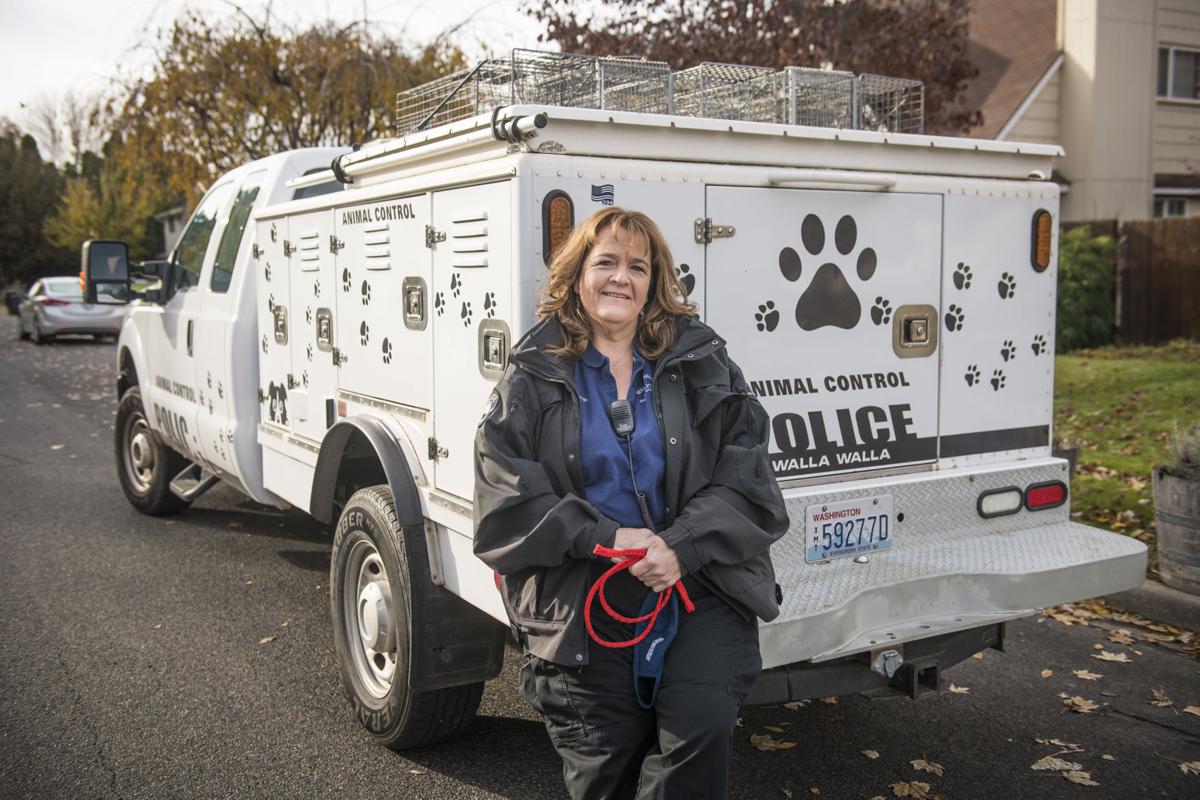 City of Walla Walla animal control officer Sallie McCullough took her work with her on a vacation in the Tacoma area last month when she came upon a wet, cold and scared dog that had fallen out of boat. In the remaining hours of her vacation, she reunited the animal with her family. 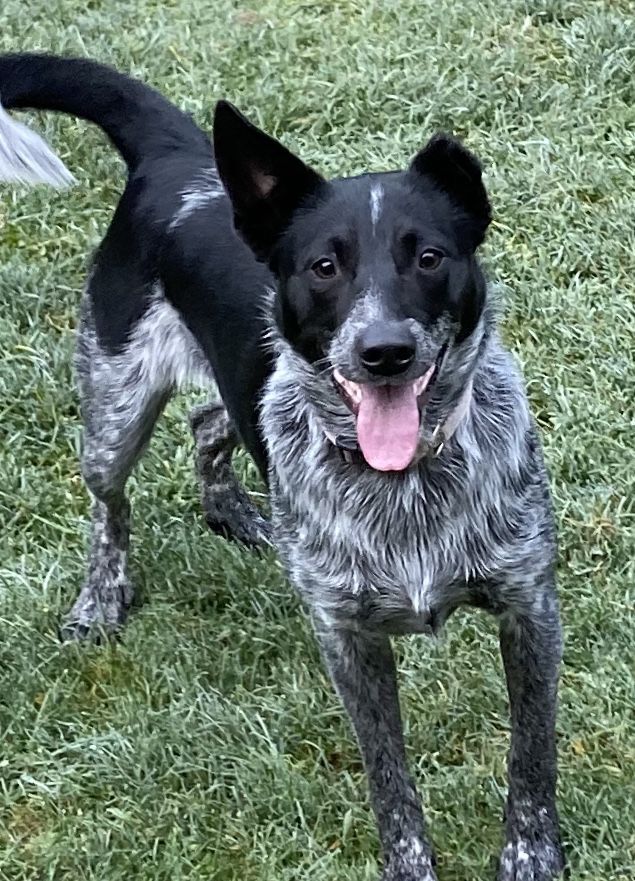 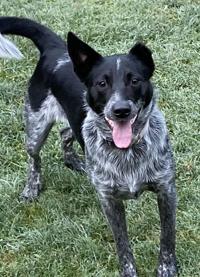 Weasel, a blue heeler, would likely have perished in Gig Harbor without intervention by Sallie McCullough. 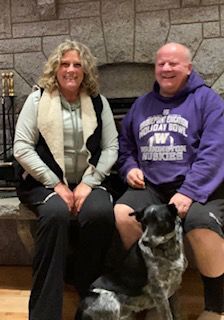 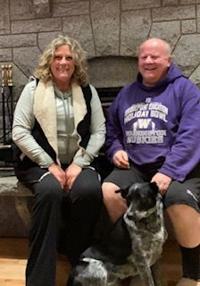 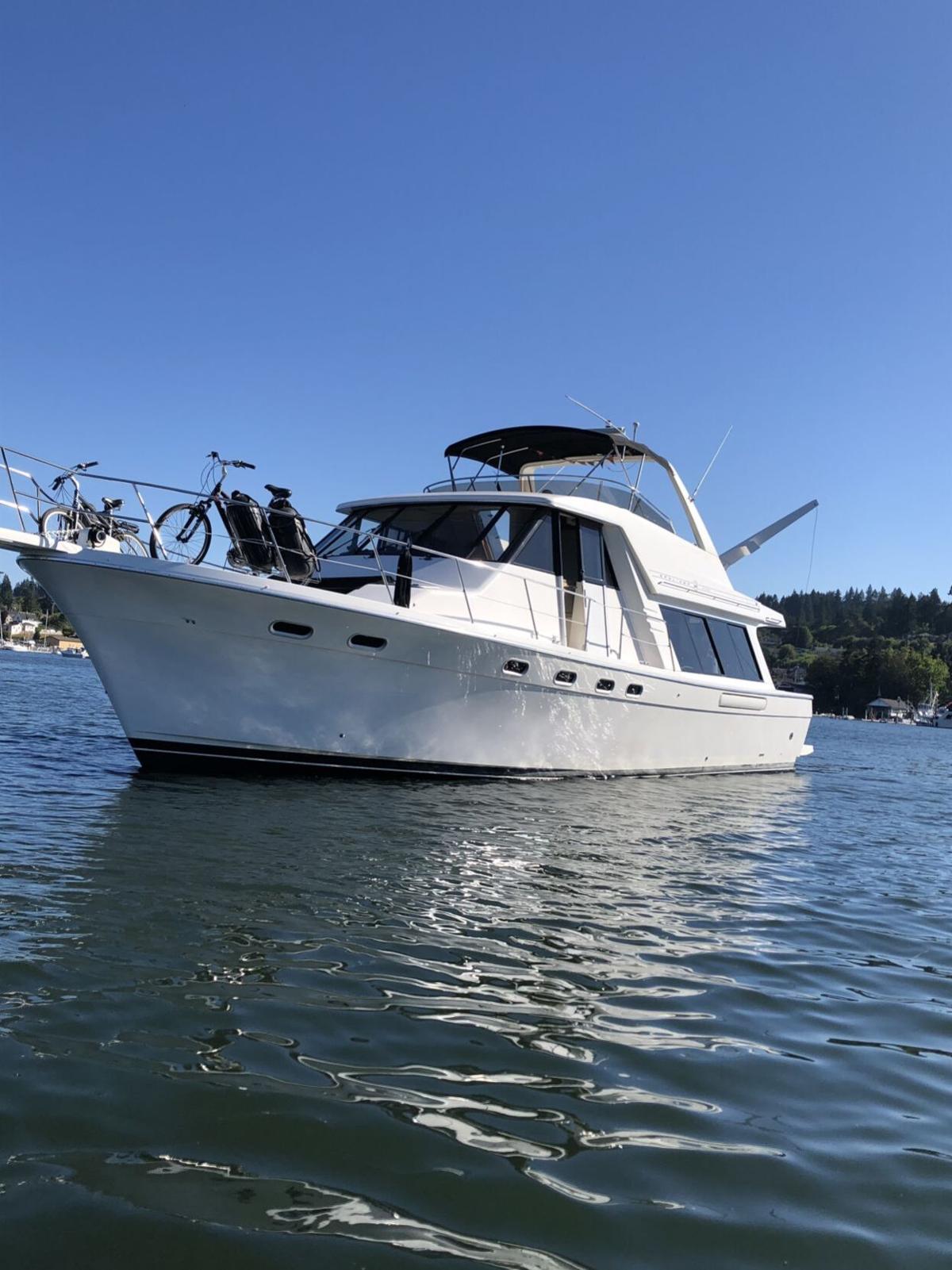 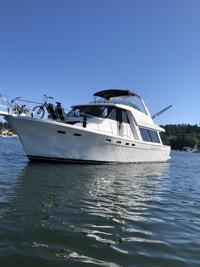 City of Walla Walla animal control officer Sallie McCullough took her work with her on a vacation in the Tacoma area last month when she came upon a wet, cold and scared dog that had fallen out of boat. In the remaining hours of her vacation, she reunited the animal with her family.

Weasel, a blue heeler, would likely have perished in Gig Harbor without intervention by Sallie McCullough.

It was late October when Froehling and a friend took a boat into the Puget Sound waters off Gig Harbor with Froehling’s three dogs while his wife was on a camping trip with friends.

Tidd is retired, and Froehling is wrapping up a 45-year legal career. The two have been together three years, and life mostly revolves around their dogs, they said.

“And our cat, ‘Jeffrey Dahmer,’” Froehling said with a laugh.

Family pooches Louie, Farley and Weasel are all good sailors, he said, and are comfortable with being on the couple’s 50-foot boat.

The plan was to sail the harbor that Saturday, get some lunch at a dockside restaurant on the other side and return home.

When Froehling started back toward home, however, the weather turned bad about 4 miles from shore.

“By now the wind was driving 3-to-4-foot waves,” he recalled.

Not a problem for a boat that size, Froehling explained, “but the dogs were not happy. It was bouncing around inside the boat pretty good.”

Louie, a poodle, sat watching. Farley, the Australian shepherd, flattened out on the floor.

Weasel, a blue heeler, first jumped onto the boat’s dashboard, then zoomed down into the cabin.

That’s Weasel’s way in rough seas — she jumps into the bed and hides until the boat is safely moored.

Froehling assumed that was the case this time. But when he called the dog’s name after docking, no Weasel appeared.

The men searched the boat. When it became clear Weasel had jumped or fallen overboard, they headed back out to look in the harbor.

“If you had seen the water, the whitecaps, it was rough. We just felt like there was no hope. We both felt just sick,” Froehling said, his voice still laden with the agony of that moment.

There was nothing to do but call Tidd and deliver the bad news, he added.

“I cried through the night, and Sara was a disaster.”

In another part of Gig Harbor, Sallie McCullough was vacationing with friends at Sunrise Beach Park.

The community is tiny, she said, and their rental was part of a tightly packed row of tiny houses next to a tiny beach, separated from the water by a 15-foot high rock wall and a few feet of gravelly sand.

Just to reach the house requires parking up top a hill and traversing a winding path that then weaves around the cottages and along the retaining wall.

McCullough and the others were walking there when the 18-year-old in their group spotted what first appeared to be a deer ahead on the path.

Deer freely roam the area and munch on lawns, McCullough said, and she advised the young man to proceed slowly so as not to scare the animal.

In a few more minutes, however, they could see the critter was a dog, and McCullough watched it stumble along the sliver of beach between water and wall.

The tide was coming in, she added.

She knew the dog couldn’t survive the situation, including the 36-degrees-and-dropping temperature. McCullough descended the steep stairs off the rental home’s deck to reach the pup.

Training in animal control helped her avoid scaring the dog back into the water or reacting to her in fear, McCullough said.

Soon the soaking wet, weak and chilled animal was in the cottage, where it couldn’t stand, eat or drink. McCullough found herself searching online for an emergency veterinarian in an area she doesn’t know.

“But this is Saturday night, it’s 8 o’clock,” she recalled.

Furthermore, the dog had no collar or visible identification and getting it to a vet clinic at that moment to be scanned for a microchip wasn’t going to happen.

“I wasn’t in the right place to get the dog to the right people. I called the numbers I could call and I got the recordings,” McCullough said.

At last the pup began to drink and grow calm, climbing into the dog bed there, McCullough said.

But a Sunday morning departure for the group was looming and McCullough reluctantly decided to try using Facebook to find the dog’s owner.

“I normally loathe it, but I use it for my job. I know how effective it is for lost and found pets,” she said.

She posted a “sad, little picture,” showing the dog had part of an ear missing, obviously an old injury of some kind.

Weasel’s ear has been disfigured since her mom chewed on her newborn pup.

Response to McCullough’s post was swift and overwhelming — 200 interactions in the first half-hour. People thanked her for the rescue, offered to adopt the dog, said they owned that particular pet or suggested vet clinics that could scan for a chip.

Many directed McCullough to the Humane Society for Tacoma & Pierce County. Which is a fine facility but also huge — this dog would be one of who-knows-how-many animals there, she figured.

McCullough finally gave up for the night and went to bed. Morning meant hiking back and forth to pack up vehicles as the group vacation wound to an end.

It also brought another tide of Facebook notifications, including one with a phone number McCullough could try.

It was from Sara Tidd, mom to Weasel.

Moments before, a woman camped near Tidd had come running down the road, holding up her phone and saying she had a picture of Weasel on her phone … right there, on Facebook, Tidd said.

But there was indeed a dog that looked like Weasel in that photo. Tidd made the call.

McCullough, by now a little skeptical of people claiming the dog was theirs, asked the caller about that ear.

Tidd’s answers fit with what McCullough’s trained eye had ascertained, that the injury had happened years before.

“I knew this dog had to be hers,” McCullough said.

At home, Toni Froehling had driven back to the marina Sunday morning. Not with any real hope, he said, but to cross off one last look in the boat.

“As I’m driving, Sara calls and begins screaming that (Weasel) had been found and was safe in Gig Harbor.”

Froehling went lickity-split to Sunrise Beach, parking next to McCullough’s rig in the lot above the beach rental.

Any lingering doubt in McCullough’s mind was erased when Weasel spotted her dad at 30 yards as she climbed the access path with McCullough and bolted for his arms.

That wasn’t quite the ending of the story, however.

“I told him to get the dog a tag, get her licensed. I could have called as soon as I found her. Even if you just write your number on the collar with a Sharpie. Dog tags do tear off.”

“The biggest thing about licensing is giving us the ability to contact you. The other battle we have is people not remembering to update vet records for the microchip if you move or change your number.”

“It was really a nice change to have pet owners respond so positively.”

Tidd and Froehling said they can never thank McCullough enough for her compassion and care.

“We have our girl home. A day later she’s back to chasing tennis balls and Frisbees.”

Drills, wrenches, more than can be