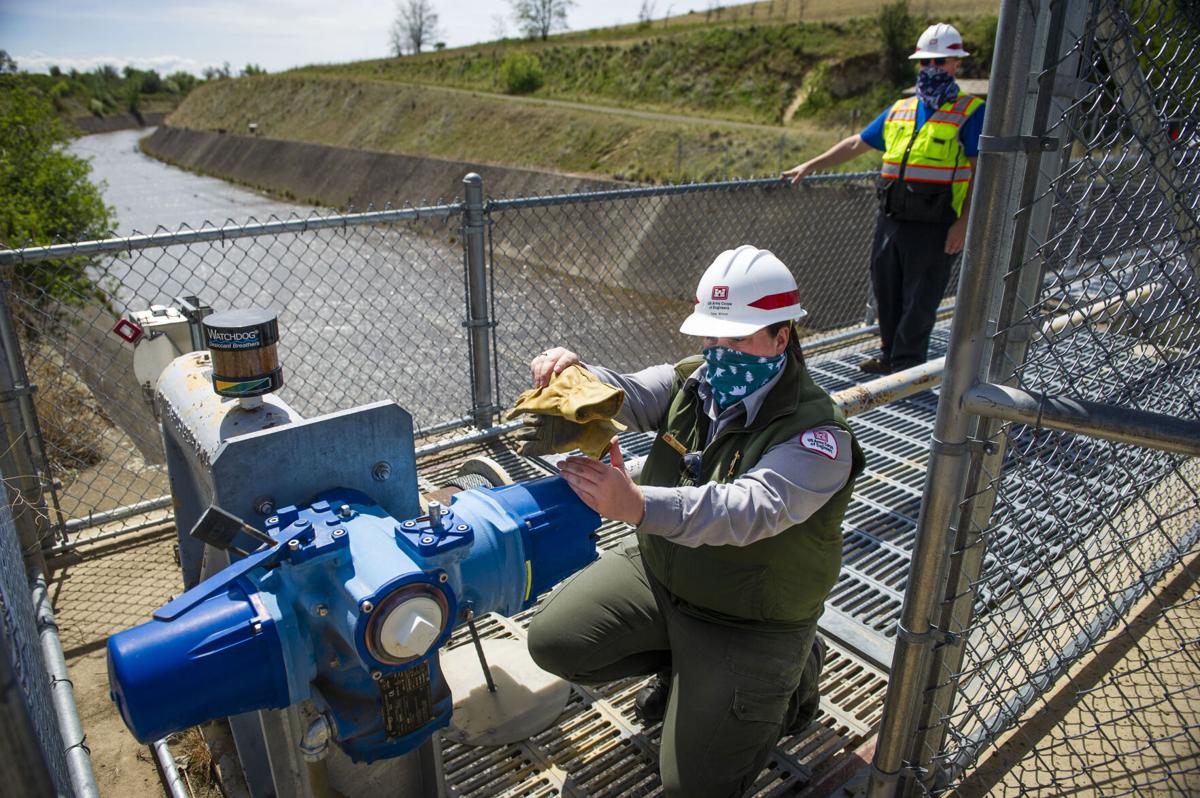 Ranger Tana Wilson adjusts the diversion of Mill Creek at the gate that allows water to flow down the channel in the background and into Bennington Lake, Tuesday afternoon, April 27, 2021. U.S. Army Corps of Engineers’ Maintenance Lead Lonnie Croft looks on. 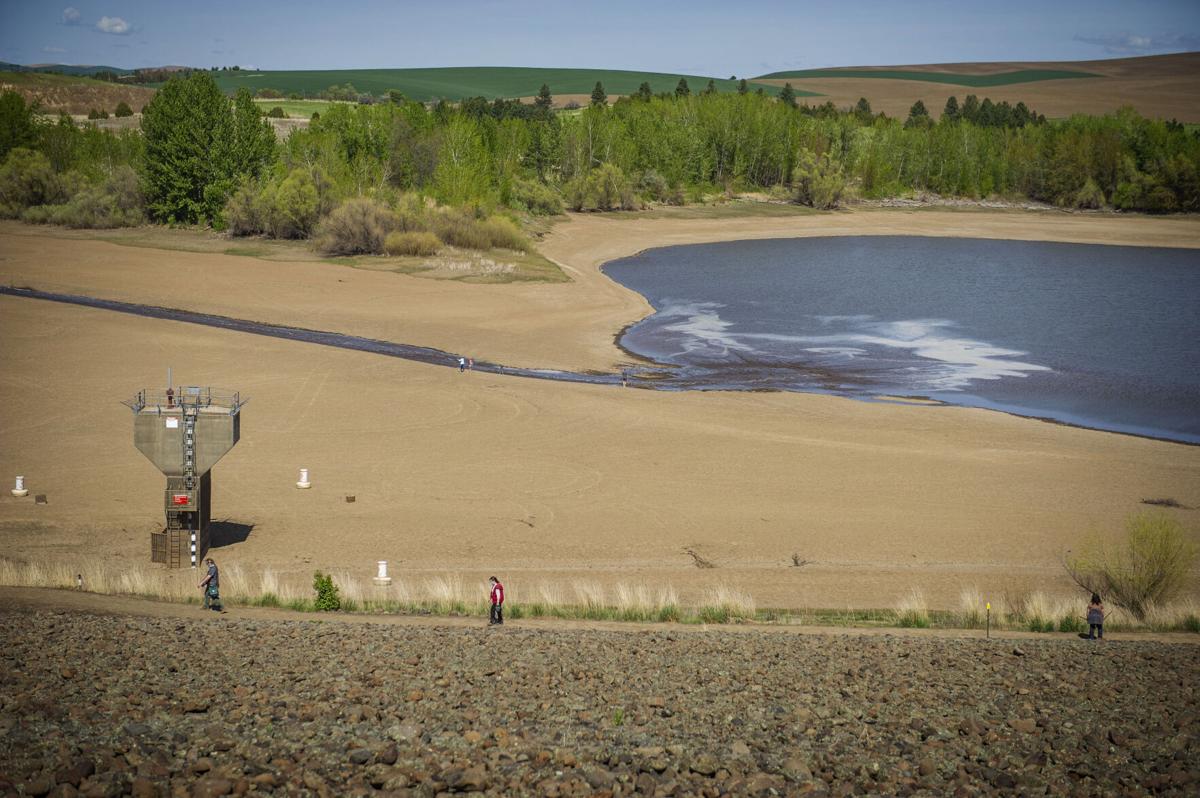 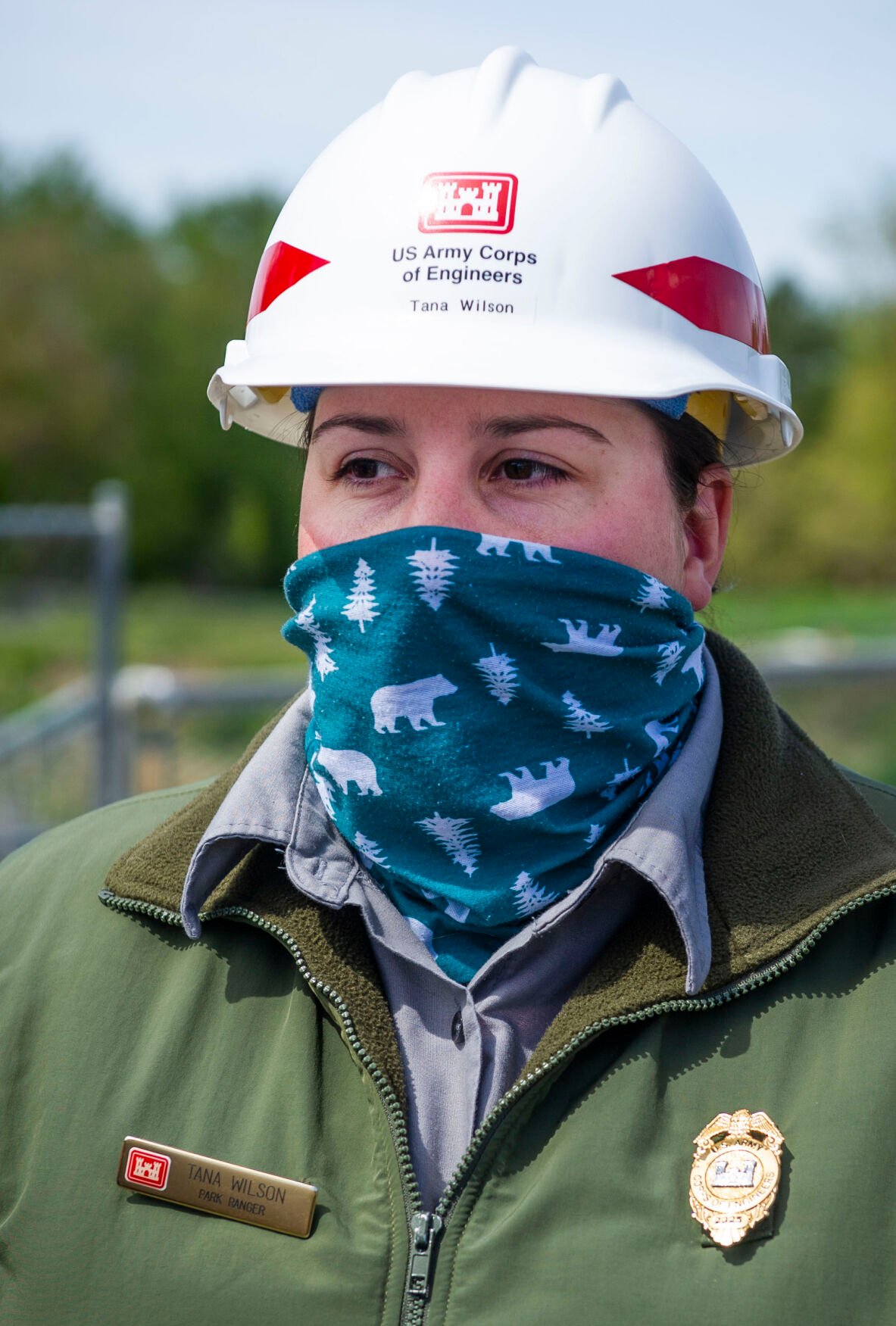 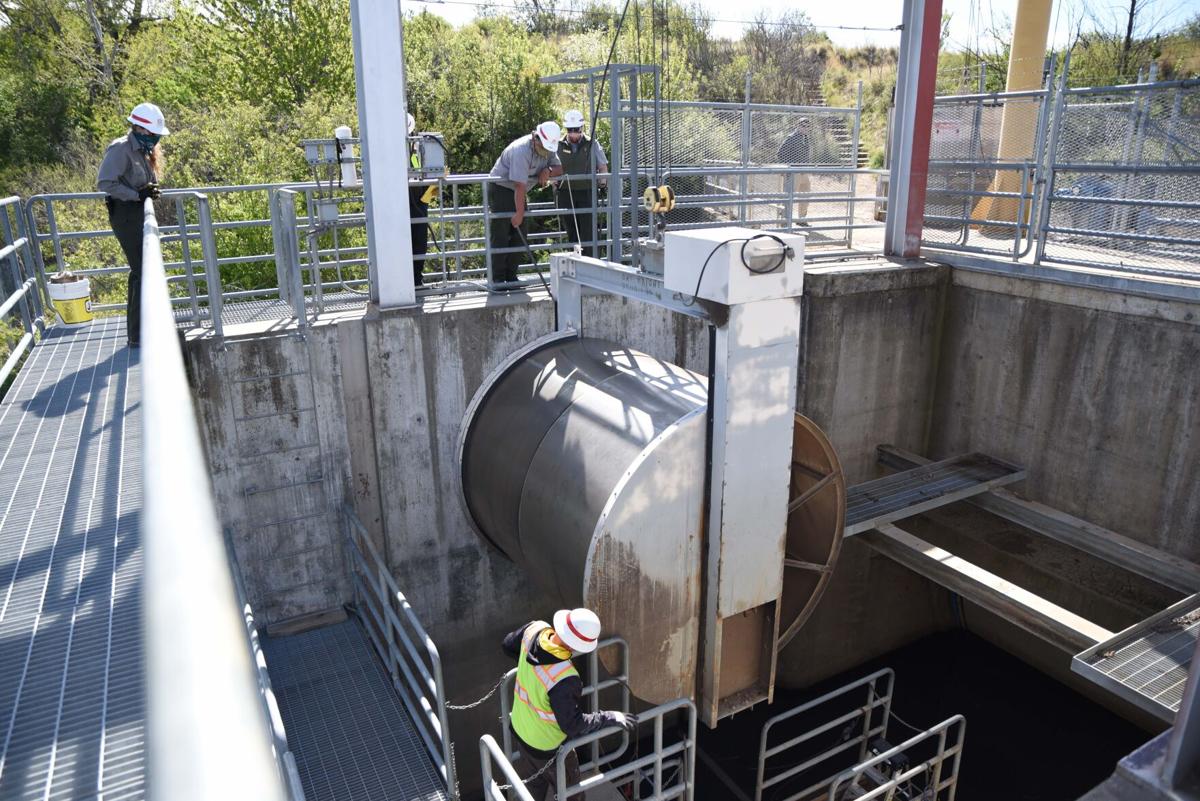 A fish screen is being put in place at the U.S. Army Corps of Engineers' diversion dam on Monday, April 26, 2021. 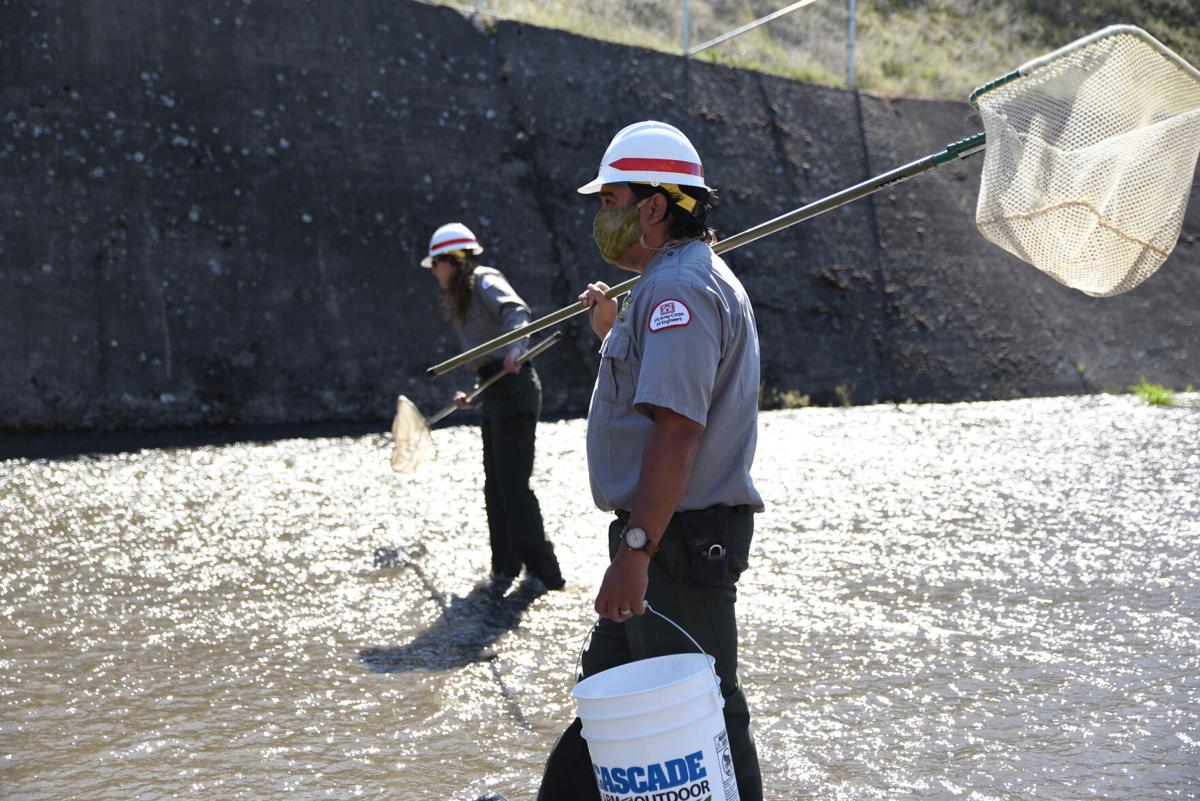 Water trickles into Bennington Lake from Mill Creek on a path to fill the lake just in time for warm weather to kick off another summer recreation season.

The U.S. Army Corps of Engineers began diverting water at 2%, between 5-6 cubic feet per second, from Mill Creek into the lake Monday, April 26.

Operations staff kicked it up to 5%, or 40 cubic feet per second, Tuesday, where it will stay for approximately two weeks as the lake fills out.

When the water reaches the recreation level, 1,205 feet above sea level, Tucannon Fish Hatchery will stock the lake with rainbow trout for fishing.

This year, they are about two weeks behind the standard filling time due to higher snowpack in the Blue Mountains. The water has not met the gauge to measure the lake’s elevation yet.

Though it is a recreational area, the Corps’ first mission is flood control, she said.

Bennington Lake is primarily used to store floodwaters, but operations staff fill the lake with water from Mill Creek in the spring once there is very little to no risk of flooding, Wilson said.

When flood season comes to an end, the fishing season begins.

Rainbow trout will be stocked in the lake by the Tucannon Fish Hatchery for the fishing season at the lake.

Doug Maxey, the hatchery supervisor, said they have 9,000 fish scheduled to be stocked for the month of May.

Native fish species are kept out of the lake to ensure their vitality.

Fish screens are put in place at the diversion dam before diverting the water to keep out native steelhead and bull trout fish, listed under the Endangered Species Act.

“We’re managing steelhead and bull trout,” Wilson said. “We don’t want them going to the lake because then they’re stuck there.”

Instead, the fish swim through a fish ladder to continue to Mill Creek.

“It’s important to know how many steelhead and bull trout we have using this,” she said. “It just ensures the vitality of the fish and if they’re making it where they need to go.”

They share the data with the fish biologist, and it is used to come up with management plans.

Monday, staff checked for any fish that may have swam through the initial opening of the gate, none had, Wilson said.

Staff drains the lake for seasonal flood-risk-management operations in the fall by sending water down either Russell Creek or back to Mill Creek.

The Mill Creek Project, designed in the 1930s and completed in 1942, diverted about 45,000 gallons of water per second — at the flood’s peak — away from downtown Walla Walla or slowed it enough to pass through safely.

Wilson said the Walla Walla Basin would be out of flood season by around May 10 this year.

Recent flooding could have been worse. A lot worse.