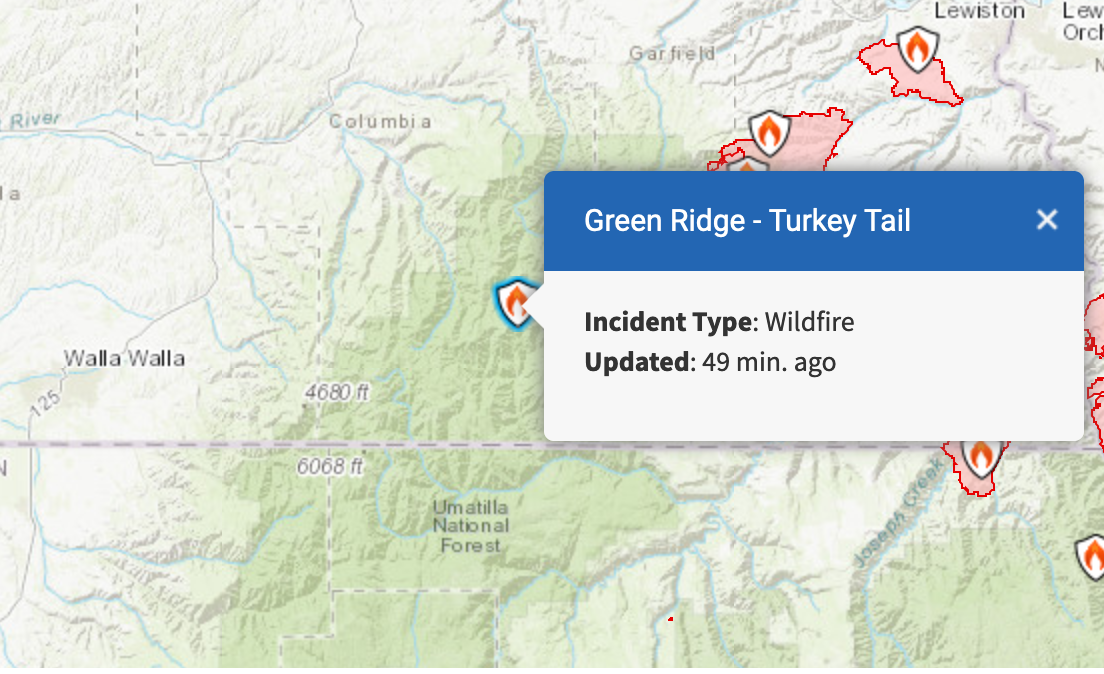 Location of two Umatilla National Forest fires about 30 miles east of Walla Walla in the Green Ridge and Turkey Tail areas of the Pomeroy Ranger District. 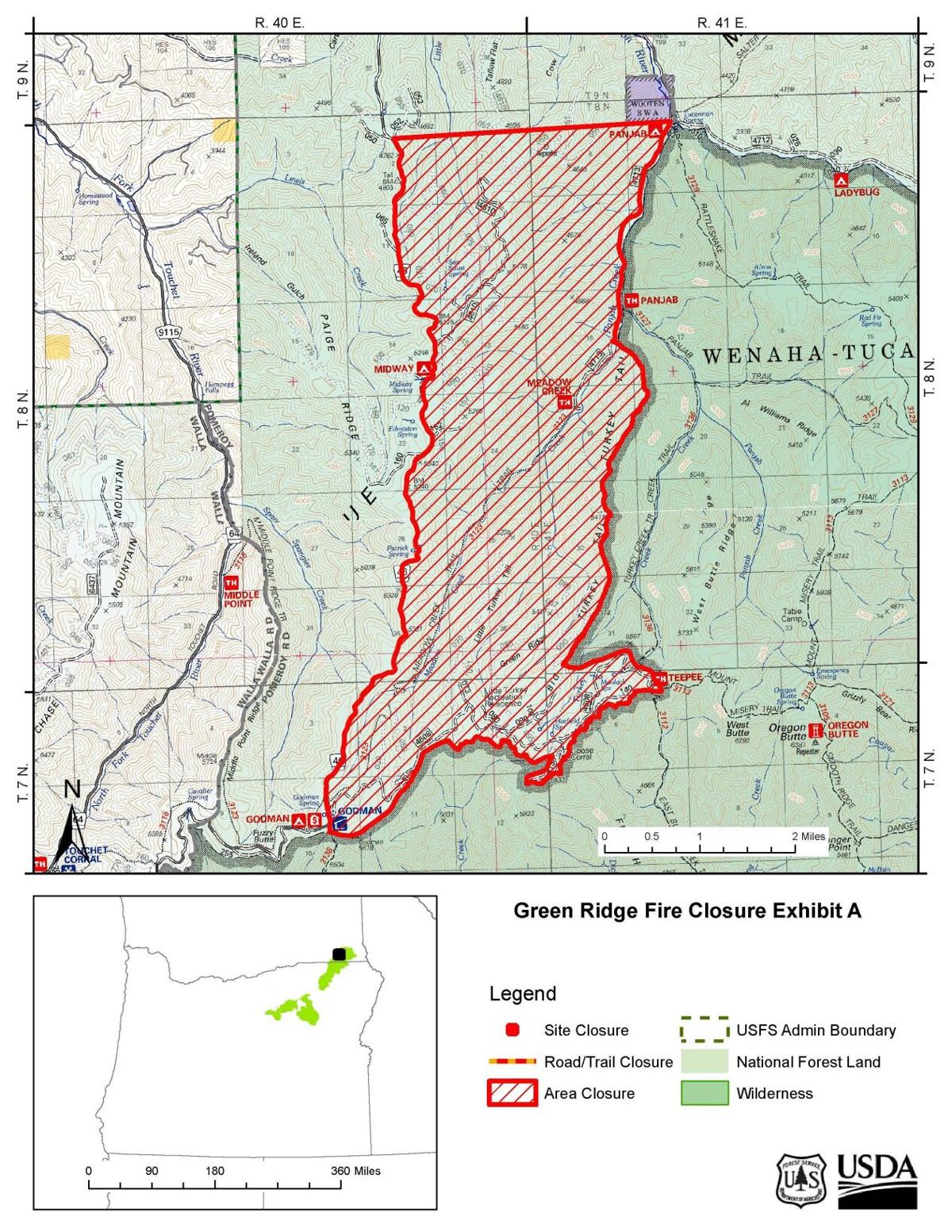 Area of the Umatilla National Forest in the Pomeroy Ranger District now closed as firefighters battle two fires about 30 miles east of Walla Walla in the Green Ridge and Turkey Tail areas.

Location of two Umatilla National Forest fires about 30 miles east of Walla Walla in the Green Ridge and Turkey Tail areas of the Pomeroy Ranger District.

Area of the Umatilla National Forest in the Pomeroy Ranger District now closed as firefighters battle two fires about 30 miles east of Walla Walla in the Green Ridge and Turkey Tail areas.

Wildland fires burning in the Green Ridge area of the Blue Mountains about 30 miles east of Walla Walla have grown since Thursday, July 8, prompting area and road closures for public and firefighter safety, state officials said.

The Green Ridge Fire, now estimated at 50 acres, was reported on July 7 and is burning in steep terrain, primarily consisting of grass and shrubs.

Firefighters are also trying to suppress the Turkey Tail Fire, which was reported on July 7 near the Big Turkey Tail area in steep and rugged terrain. Hot and dry conditions contributed to active fire behavior Thursday, causing the fire to grow to 60 acres, officials reported on their Blue Mountain Fire Information blog.

Fire-related closures in the Pomeroy Ranger District are effective immediately, officials reported Friday, and include all or portions of Forest Service Roads 46, 4608, 4713, 4610, the Tepee trail, the Meadow Creek trail and Panjab trail.

Additionally, Midway and Panjab campgrounds are closed, and access to the Turkey Tail Recreation Residences is also closed. Closure barriers and signs will be posted.

A detailed map and description of the closure area is available on the Umatilla National Forest website, at any Forest office and on InciWeb, the U.S. Forest Service's online portal for public information on fires and other emergency situations.

On both fires, steep ground with rolling rocks and burning material is adding to fire growth and containment difficulties, officials reported.

Firefighters, aided by aerial resources, focused suppression efforts on protecting the values at risk  — such as structures — and establishing containment lines to slow the spread of the fires.

The Northeast Oregon Type 3 Incident Management Team, led by Incident Commander Adam Wing, took command of the Green Ridge and Turkey Tail Fires on Friday at 6 a.m to be collectively managed as the Green Ridge Fire.

Personnel are assessing options to contain the fires in the Meadow Creek drainage, and firefighters are working to build line construction, where terrain and fuels allow for crews to safely engage, while using aircraft to slow fire spread and cool hot spots within the fire perimeter, officials reported.

Current resources on scene include one interagency hotshot crew, three 20-person crews and three engines. Additional resources are on order.

"Fire officials want to remind everyone that the current fire danger rating is extreme, and public use restrictions involving chainsaw use, smoking and off-road travel are in effect," according to Friday's report.