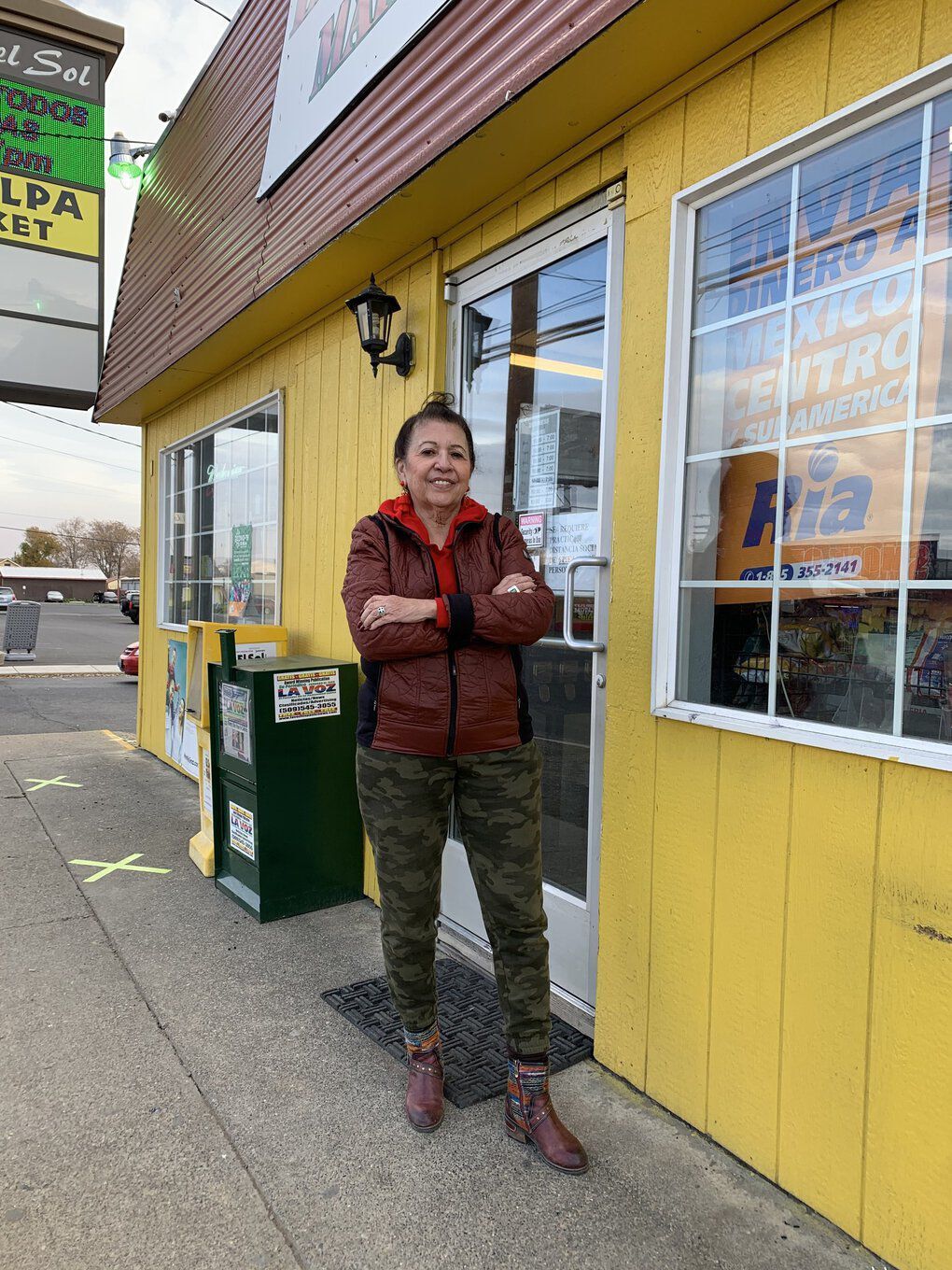 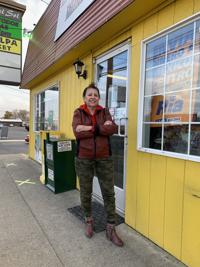 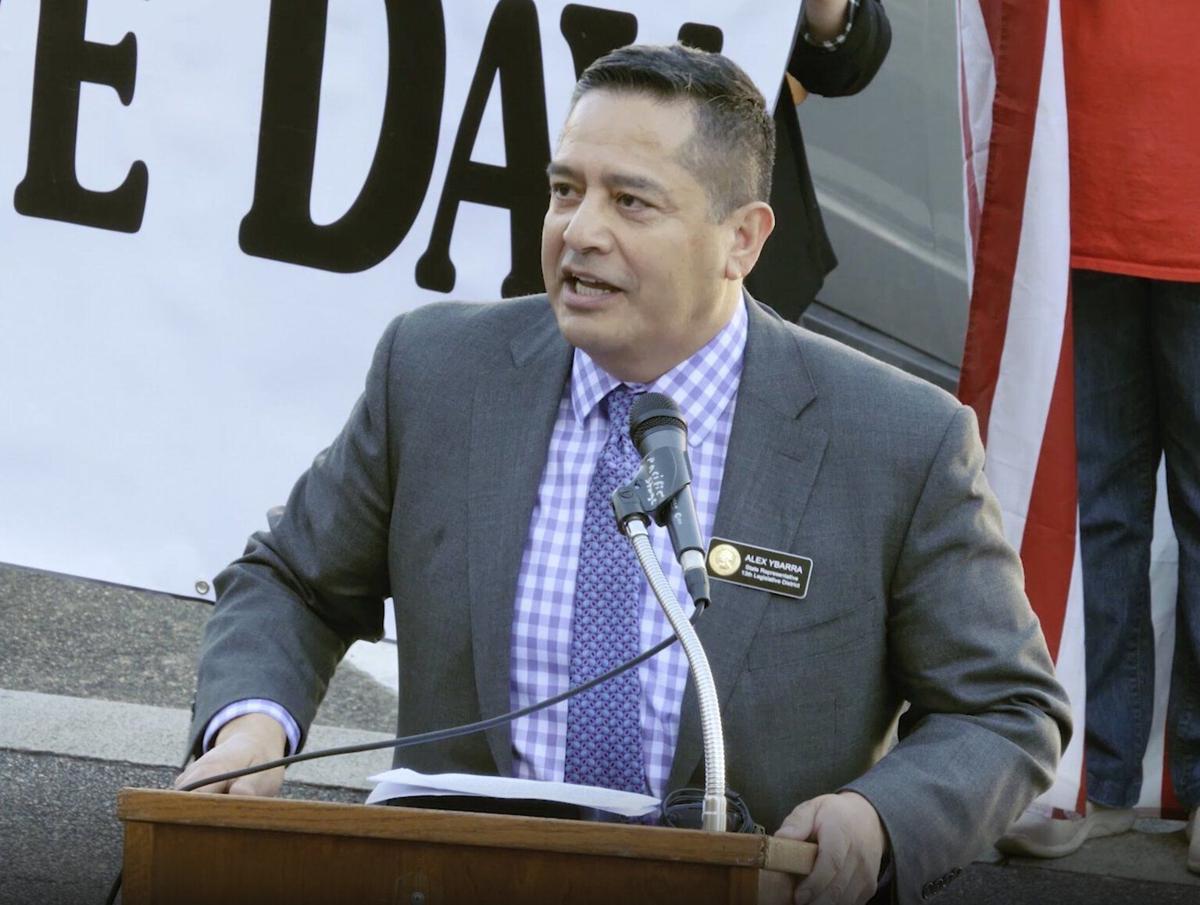 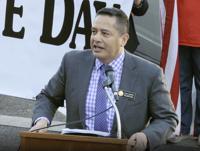 Rep. Alex Ybarra says he is the only Republican state legislator who’s a person of color. He has been called a "Tio Taco", or Uncle Tom, because of his politics. 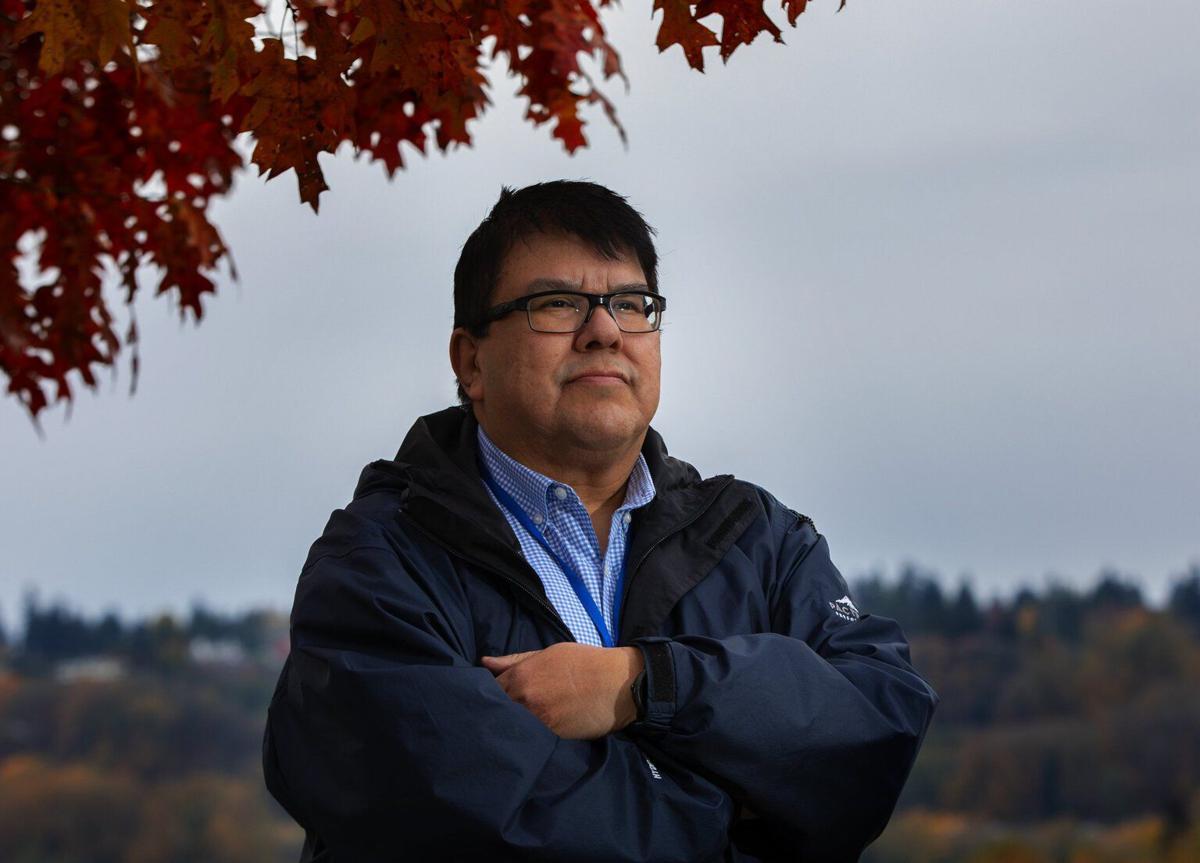 Jerry Garcia, a historian and vice-president of the Sea Mar Museum of Chicano/a/Latino/a Culture in Seattle, says the majority of Washington’s Latinos are Mexican American align with Democrats. Living as a Latino under Trump has been “very, very stressful,” he says.

Rep. Alex Ybarra says he is the only Republican state legislator who’s a person of color. He has been called a "Tio Taco", or Uncle Tom, because of his politics.

When Henry Hernandez thinks about why his farmworker parents came to the U.S. from Mexico, he can understand the Republicans’ point of view.

“They’ve worked hard for everything they have,” he said, and they want to protect it by keeping taxes low. We have that work ethic: growth, growth growth.”

He and his four siblings realized their parents’ dream of upward mobility.

“We all own our homes … We’re bilingual. We’re able to travel,” said Hernandez, 31, who runs a financial services company in the Central Washington city of Quincy.

At the same time, he likes the way Democrats are “more in favor of equality” and helping people who are trying to make it but struggling, like he’s sure his parents once were.

If higher taxes make their lives easier, he said, “I’m OK with it.”

In other words, politics for Hernandez, who sees both sides to such a degree that he didn’t vote in the presidential race, is complicated.

And so it is, pollsters and pundits discovered, for the country’s Latino population as a whole. President Donald Trump’s gains among Hispanic voters since 2016, surprised many who assumed the opposite would happen given the president’s harsh rhetoric about immigrants.

Some argue too much was made of results in a couple of states. Nationwide, President-elect Joe Biden got around two-thirds of the Latino vote, according to polls.

“Everyone talks about a blue wall. I see a brown wall,” Henry Muñoz III, founder of the activist group Momento Latino, said in a Zoom postelection news conference.

In Washington, home to the country’s 13th largest Hispanic population, a survey conducted for The Associated Press capturing a small sample of the state’s more than 1 million Latinos found 73% supported Biden.

And while he added the GOP might appeal to many Mexican Americans’ religiosity and social conservatism, he said the party’s stance on immigration has largely driven away the population.

A survey of 5,300 Latinos nationwide in the week before the election found 74% of Mexican Americans said they favored Biden — almost exactly matching the AP’s figure for Latinos in Washington.

Many of his relatives in Texas are Republicans. “I think it’s the environment they live in,” said the historian, noting Texas runs conservative.

Washington decidedly does not, especially in the more liberal west side of the state Like many, Garcia guesses most Latinos here supported Biden.

But, he added, “In Eastern Washington, I have no doubt, you have a significant number of Latinos who are Republican.”

Farnam, 60, said she became a Republican as a teenager, listening to then-California Gov. Ronald Reagan on the radio talk about self-reliance, personal responsibility and law and order. It resonated.

A former school board member, Ybarra said he had no partisan identity when Republican Rep. Matt Manweller’s resignation opened up a seat in the 13th District. To be considered for an appointment, Ybarra had to choose a party.

“Well, I’m Catholic. I’m against abortion,” he reasoned. That and the local political climate led him to the GOP. Ybarra took office in 2019.

He said he has been labeled racist because of his party affiliation, and called a Tio Taco, or Uncle Tom.

“It was really kind of funny,” he said. His brother reminded him he’d been called worse slurs growing up as Mexican American in Quincy.

Ybarra voted for Trump twice, he said, simply because the president was the GOP’s standard-bearer. And what of Trump’s immigration policies and rhetoric, like calling Mexican migrants criminals and rapists?

“I went back and looked at some of the videos, trying to understand what he was trying to say,” Ybarra said. “I gave him the benefit of the doubt.”

Ybarra concluded Trump was referring to only a small portion of migrants who are smuggling drugs and engaged in other illegal activity. He sees Trump’s immigration policies as an attempt to fix a broken system, but adds there should be a way for undocumented immigrants who work hard to stay in the U.S.

The Rev. Hilario Garza, superintendent of the Assemblies of God Northwest Hispanic District, which has some 60 churches in Washington and Oregon, also has nuanced views on immigration that did not dissuade him from voting for Trump.

He’s in favor of a wall to stop illegal immigration, and drug-dealing and violence that spill across the border. But Garza, 57, a Mexican American who lives in Kennewick, said he knows many migrants are fleeing bad situations in their home countries or trying to feed their families.

He said he’d like to see undocumented immigrants who are “in their hearts and minds U.S. citizens” be allowed to pay a penalty and given a path to residency.

But what played the key role in the election for Garza was, he said, “Biblical values,” adding he was particularly motivated by concerns about abortion.

The freedom to worship in church was also important to Garza, he said, alluding to restrictions on religious gatherings due to COVID-19. What’s more, he said, “people want to get back to work.”

According to the national pre-election survey, conducted by several research firms including Latino Decisions, the COVID-19 pandemic was the top issue for Hispanics in the election, followed by jobs and the economy, and health care costs.

Those issues pushed immigration, which had long been the top concern, lower down, according to Latino Decisions co-founder Gary Segura.

The majority, however, came at it from a different angle than Garza.

Roughly two-thirds agreed with the statement: “President Trump ignored the early warning signs of coronavirus and because of his mismanagement, millions of Americans became sick and more than 220,000 died.”

Alma Chacón, executive director of the Community for the Advancement of Family Education in Wenatchee, cited “all the people who have died” when she said of the Trump administration: “I’ve never felt so angry before in my life.”

Other reasons, Chacón said, include Trump’s family separation policy that locked up children as well as their parents after crossing the border.

Yakima grocery store owner and longtime Democrat Luz Bazán Gutiérrez said the left has problems, too, in relation to Latinos. Everything’s about Black people and white people, and Hispanics get ignored, she said.

For that reason, 50 years ago when living in Texas, she and then husband José Angel Gutiérrez founded a new Chicano-centric party called La Raza Unida.

Many Latinos, she pointed out, are small-business owners. “Economic development is super important.”

Both the Biden and Trump campaigns targeted Latinos with Spanish-language advertising, but to Gutiérrez, the outreach was insufficient.

After everybody processes this election and looks toward the next, she wondered, “Are we going to be ignored again?”