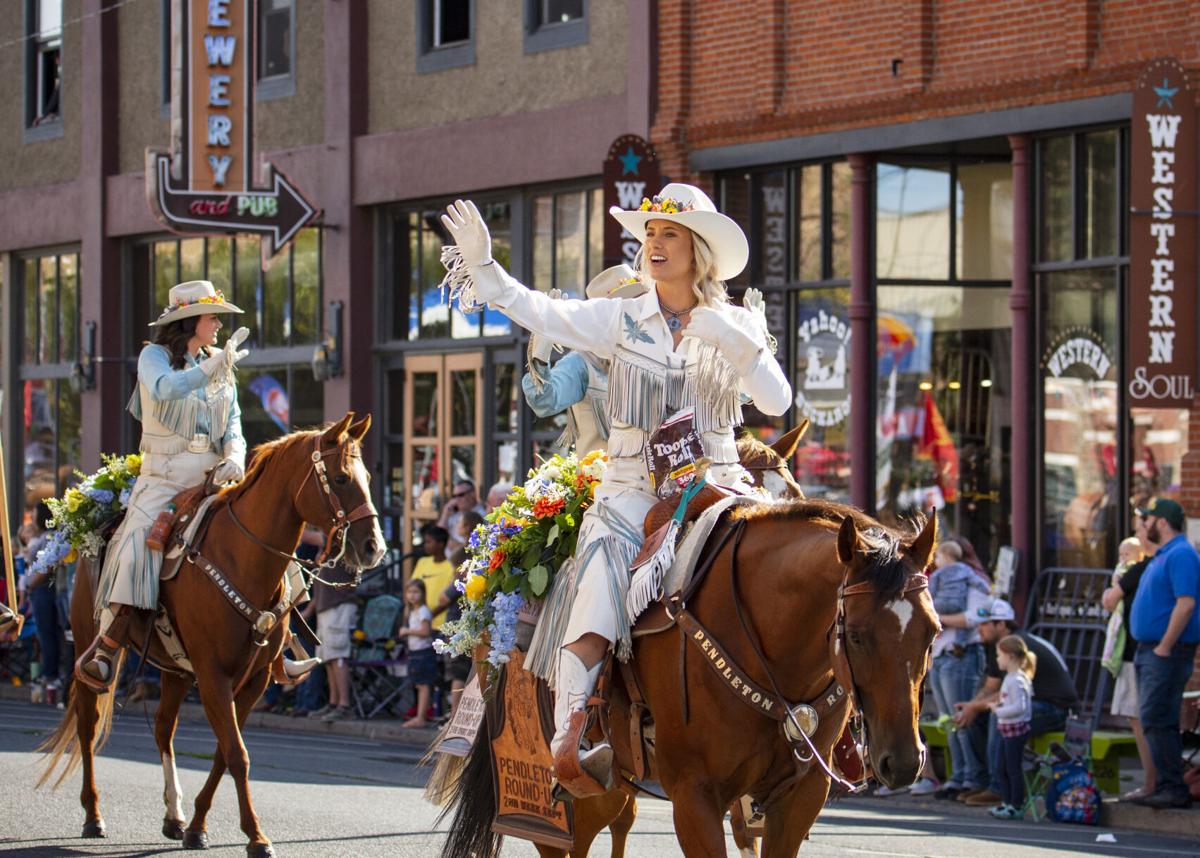 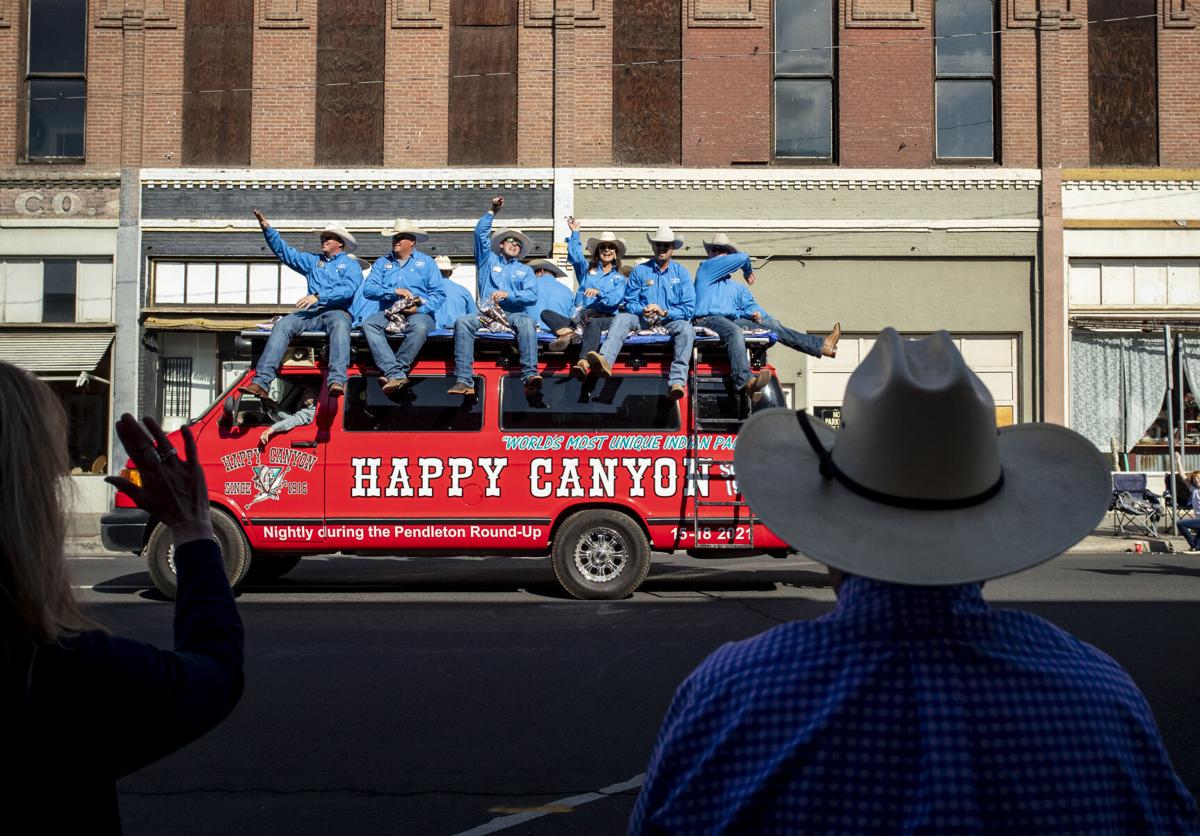 A group of Happy Canyon directors revel atop their van Saturday, Sept. 11, 2021, as they ride along Southwest Court Avenue during the Main Street Cowboys’ Dress-Up Parade. 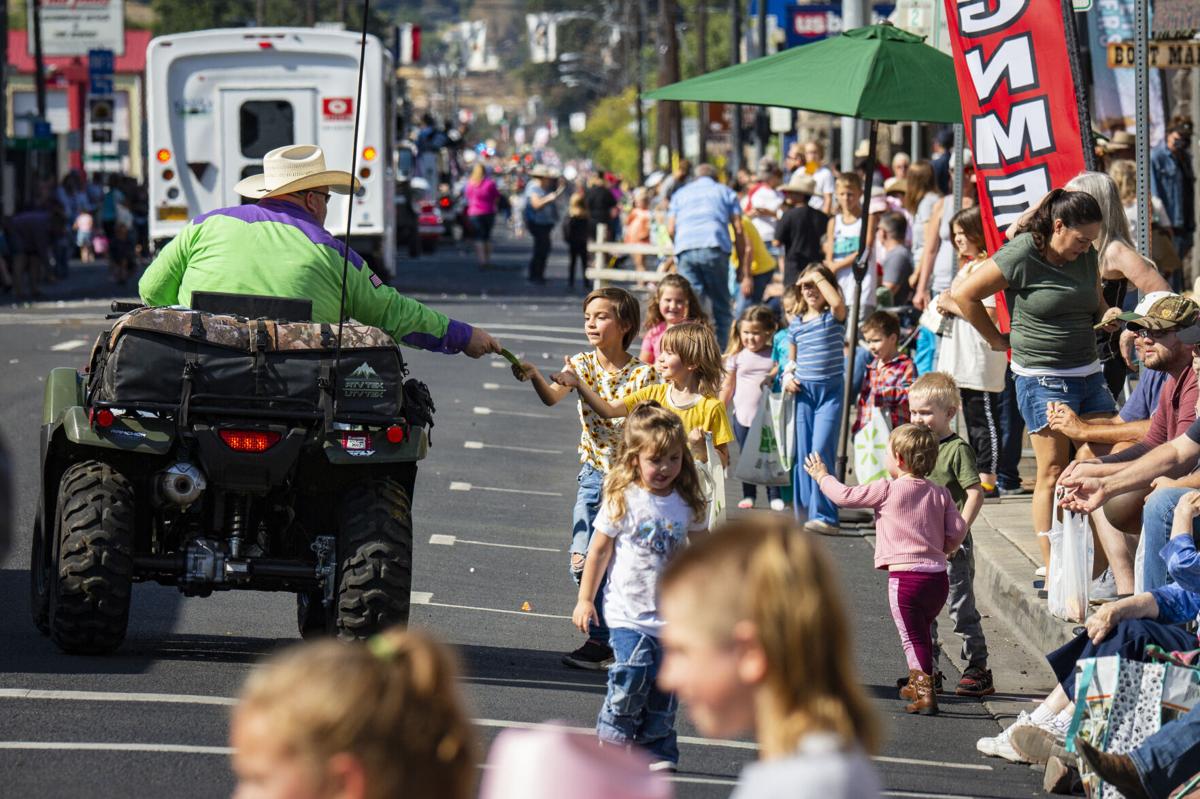 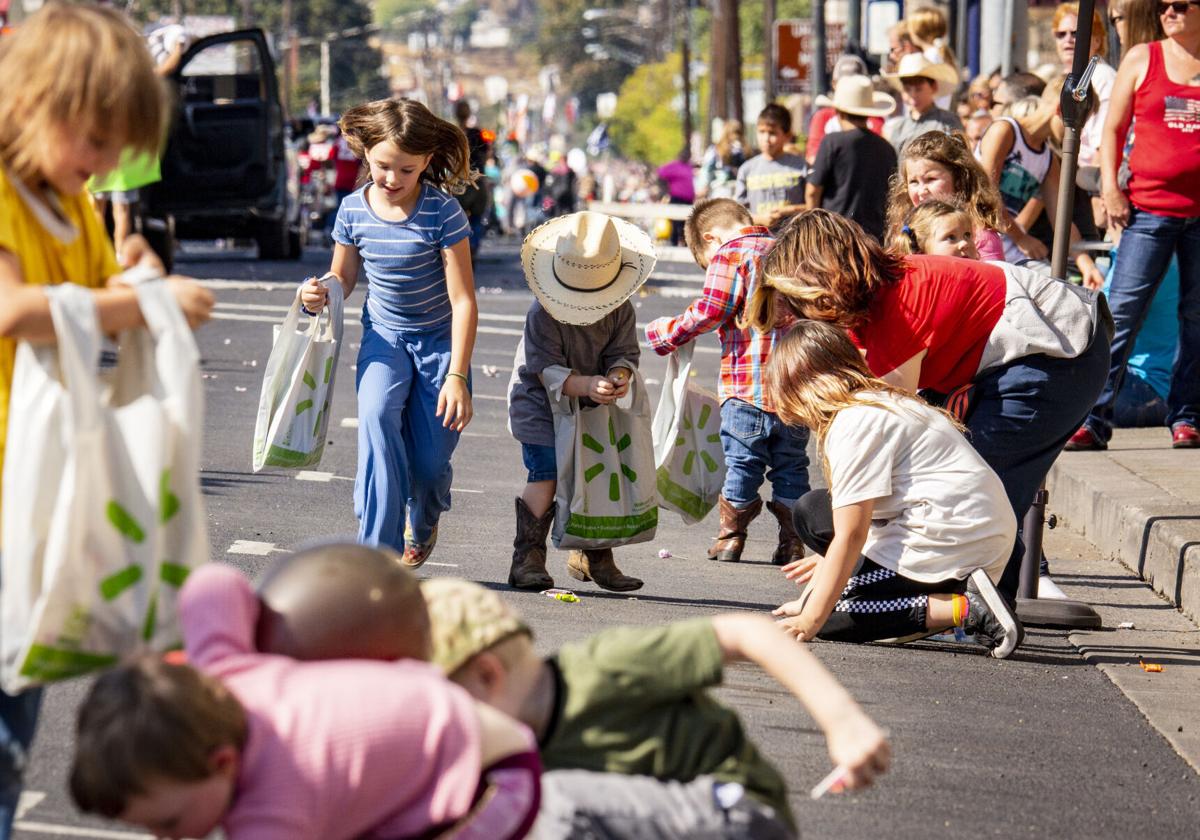 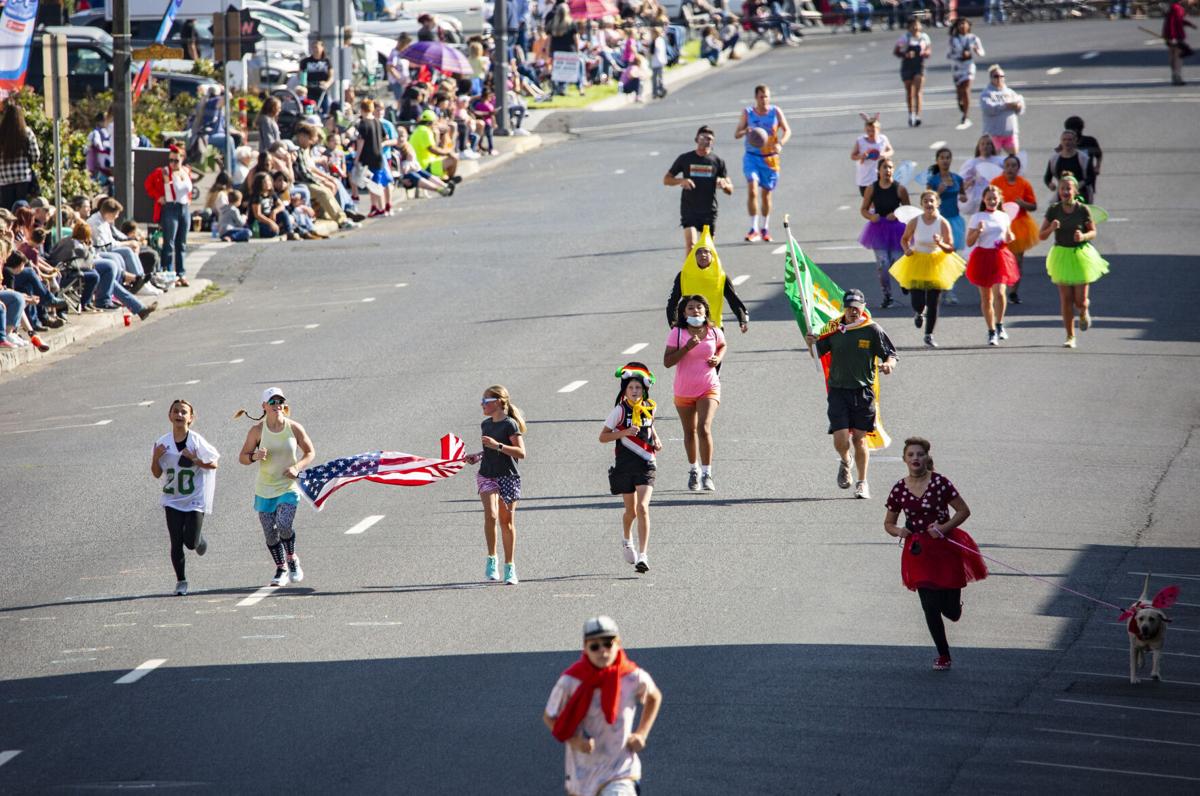 A group of Happy Canyon directors revel atop their van Saturday, Sept. 11, 2021, as they ride along Southwest Court Avenue during the Main Street Cowboys’ Dress-Up Parade.

PENDLETON — Colorful attire, rides and costumes exploded onto Pendleton’s streets Saturday, Sept. 11, for the Main Street Cowboys’ Dress-Up Parade to kickoff the long-awaited return of the Round-Up after a canceled year due to the COVID-19 pandemic.

“People are ready to have fun,” said Rod Thompson, a Vietnam veteran who has been attending for 40 years and said it felt good to be back.

Thompson said he had learned a long time ago to do whatever your town does, explaining that if you live in New York City and want to be happy, to visit the theater. If you live in Minnesota, you go fishing.

“When you live in Pendleton,” he said, “you come to the Round-Up.”

The Dress-Up Parade launched with a canon blast at 10 a.m. near Pendleton City Hall, 500. S.W. Dorion Ave., headed east to the Umatilla County Courthouse, 216 S.E. Fourth St., before looping around to roll west on Southwest Court Avenue to the Pendleton Round-Up Grounds.

Hundreds gathered all along the nearly 2-mile-long parade route, but the crowd was sparser than in previous years. Main Street Cowboys, clad in neon green and purple attire, zipped up and down on ATVs. Paradegoers listened to the Pendleton Mounted Band, cheered at the Round-Up Board of Directors in their black cowboy hats and watched as a giant, pink, inflatable piggy bank rolled by.

“It’s about just having fun before Round-Up,” said Johnny Blagg, the president of the Main Street Cowboys, “and getting out on a Saturday morning.”

The Main Streeters reported more than 70 parade participants — about 30 fewer than in years prior — but the decrease wasn’t overly surprising, Blagg said, and they still had a great parade.

With the parade falling on the 20th anniversary of the Sept. 11, 2001, attacks, the Main Street Cowboys also held a tribute and moment of silence for Lt. Col. Mike “Fuzzy” Selves, a 1965 Pendleton High School graduate who lost his life at the Pentagon in the terrorist attacks on 9/11. They honored all who lost their lives that day and the following days.

David Boatwright and Larry Koehne, members of the Main Street Cowboys, were exceptionally close friends with Selves growing up and graduated from Pendleton High together. Boatwright recollected the days he spent riding bicycles with Selves through town in the 1950s and memories of the Lone Ranger.

“Him and I were great buddies,” Boatwright said.

This year felt different from others, he said, and it was stronger after 20 years had passed. Boatwright mentioned Selves was supposed to celebrate his birthday five days after the attacks — a couple of days after his own birthday.

Koehne, who led the crowd in the moment of silence, bit back tears as he spoke about his friend, who had just bought a house in Florida and was about to retire to spend his days playing golf with his wife before the attack.

“Let’s just take a moment of silence, please,” Koehne said, “think about our heritage in America. Think about how lucky we are. Think about those lives we lost and all the families that are still grieving from that terrible time. Never forget, folks.”

Running for fun and scholarships

Burnside and his family were involved in Happy Canyon, “and it just made sense to dress up in his honor and do a raffle to fund the scholarship,” Stewart said.

The winners for each category is as follows: