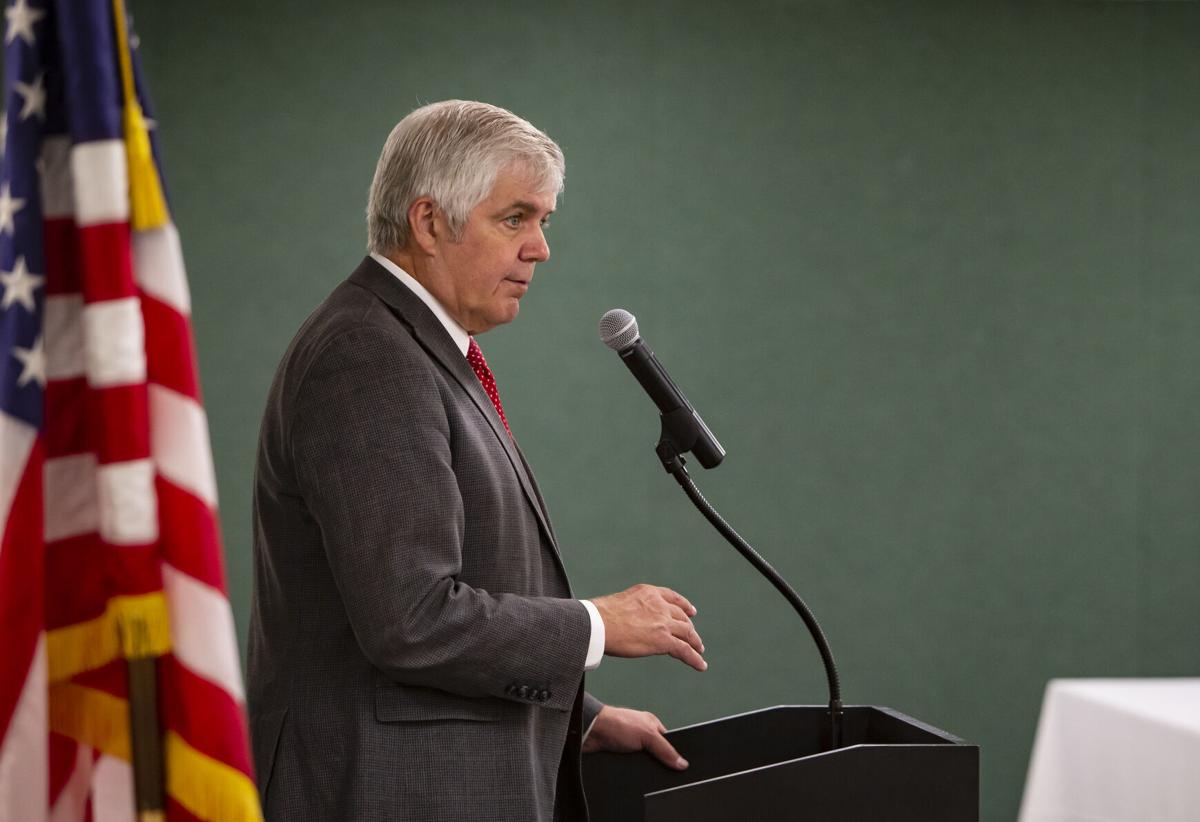 U.S. Rep. Cliff Bentz, R-Ontario, speaks Monday, June 7, 2021, to members of the Pendleton Chamber of Commerce Board of Directors at the Pendleton Convention Center. 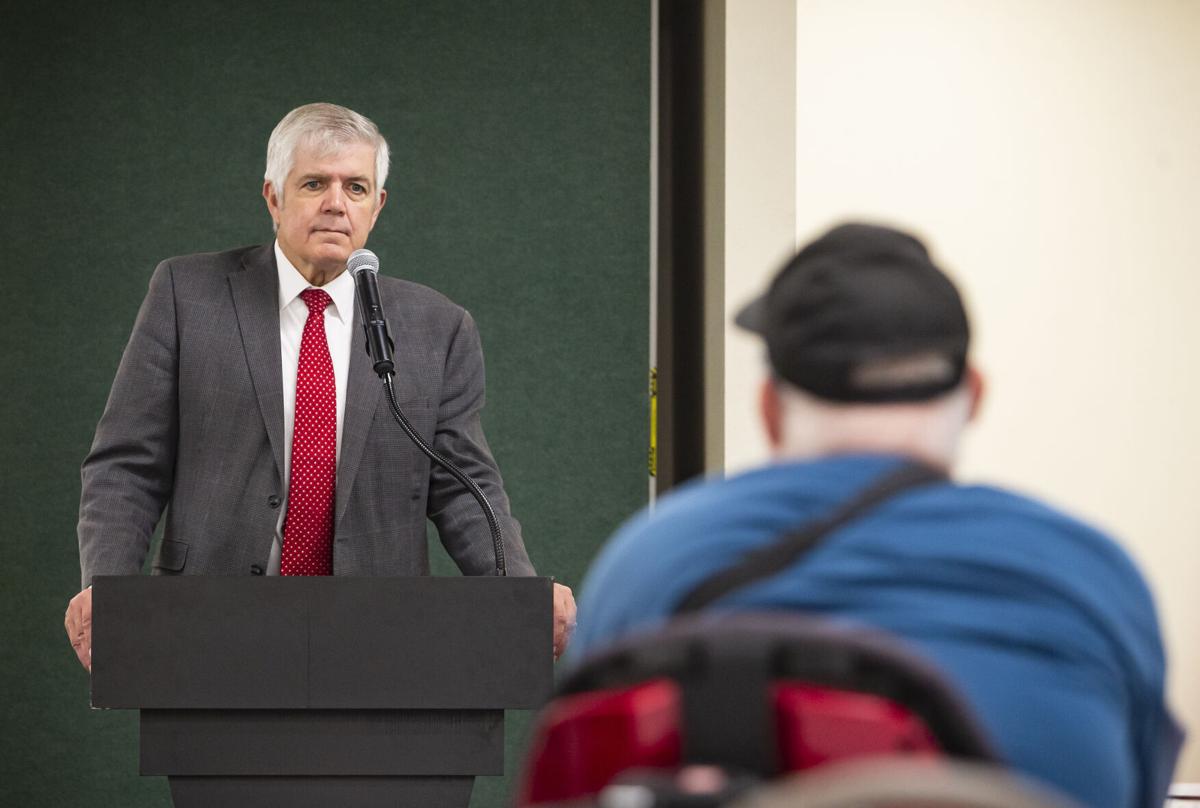 U.S. Rep. Cliff Bentz, R-Ontario, listens Monday, June 7, 2021, to members of the Pendleton Chamber of Commerce Board of Directors during a meeting in Pendleton.

U.S. Rep. Cliff Bentz, R-Ontario, speaks Monday, June 7, 2021, to members of the Pendleton Chamber of Commerce Board of Directors at the Pendleton Convention Center.

U.S. Rep. Cliff Bentz, R-Ontario, listens Monday, June 7, 2021, to members of the Pendleton Chamber of Commerce Board of Directors during a meeting in Pendleton.

PENDLETON — Encompassing nearly 70,000 square miles, Oregon’s 2nd Congressional District is not easy to traverse if a lawmaker wants to be thorough about meeting with constituents.

By the time he stopped in Pendleton to meet with local leaders on Monday, June 7, U.S. Rep. Cliff Bentz, R-Ontario, had already visited Bend, Madras, Klamath Falls and Medford. Despite the disparate nature of each community, Bentz said the issues constituents wanted to talk about were often the same: climate, wildfires, drought, housing, homelessness, agriculture and infrastructure.

“I would say the issues are very alike,” he said.

It was Bentz’s first stop in Pendleton since he was elected to represent the 2nd District in 2020, emerging from a 11-way Republican primary to win the general election and fill the seat former Rep. Greg Walden held for more than two decades.

Bentz was thrown almost immediately into the fire when on Jan. 6, a group of rioters breached the U.S. Capitol as lawmakers were voting to certify President Joe Biden’s victory. In May, Bentz was one of 35 House Republicans who joined Democrats in creating a bipartisan commission to investigate the attempted insurrection.

For Bentz, the commission was preferable to the alternatives.

Under the legislation creating the commission, the body would be comprised of an equal number of Democrats and Republicans and require a majority to issue subpoenas. Bentz said the structure of the commission would allow Republicans to also scrutinize Speaker Nancy Pelosi and Democrats and whether they played any role in some of the security lapses that day.

Bentz said the alternative was a select committee House Democrats assembled that would conduct an investigation in a more partisan manner.

But besides the partisan implications, Bentz said it also was his constitutional duty to support an investigation of what happened on Jan. 6.

“On the list, certainly not necessarily at the top, is the fact that each of us took an oath to protect and defend the Constitution,” he said. “And if you have people wandering through the Capitol screaming ‘Hang (former Vice President) Mike Pence’ — which they were, you can look at it and see it — it’s the kind of thing that we in Congress should be doing our best to prevent in the future.”

The rioters breached the Capitol under the assumption, without evidence, that massive voter fraud had been perpetrated in key states to steal the victory away from former President Donald Trump.

Although Congress ultimately voted to certify the vote, Bentz was among a group of lawmakers who voted against the certification of votes in Pennsylvania.

Bentz said his vote for the Jan. 6 commission and against the certification were consistent because both followed the Constitution. Bentz said Pennsylvania didn’t follow the Constitution when it bypassed its legislature to extend absentee deadlines.

As he gets settled into Washington, D.C., Bentz also is working on lower profile issues related to water and natural resources.

Bentz said he’s working on passing a federal aid package to assist those affected by the drought in the Klamath Basin. More broadly, he’s also seeking to require more neutral testimony from experts when it comes to changing laws and rules around endangered species. An attorney, Bentz said the process often resembles a courtroom, where both sides bring in dueling experts to make their case.